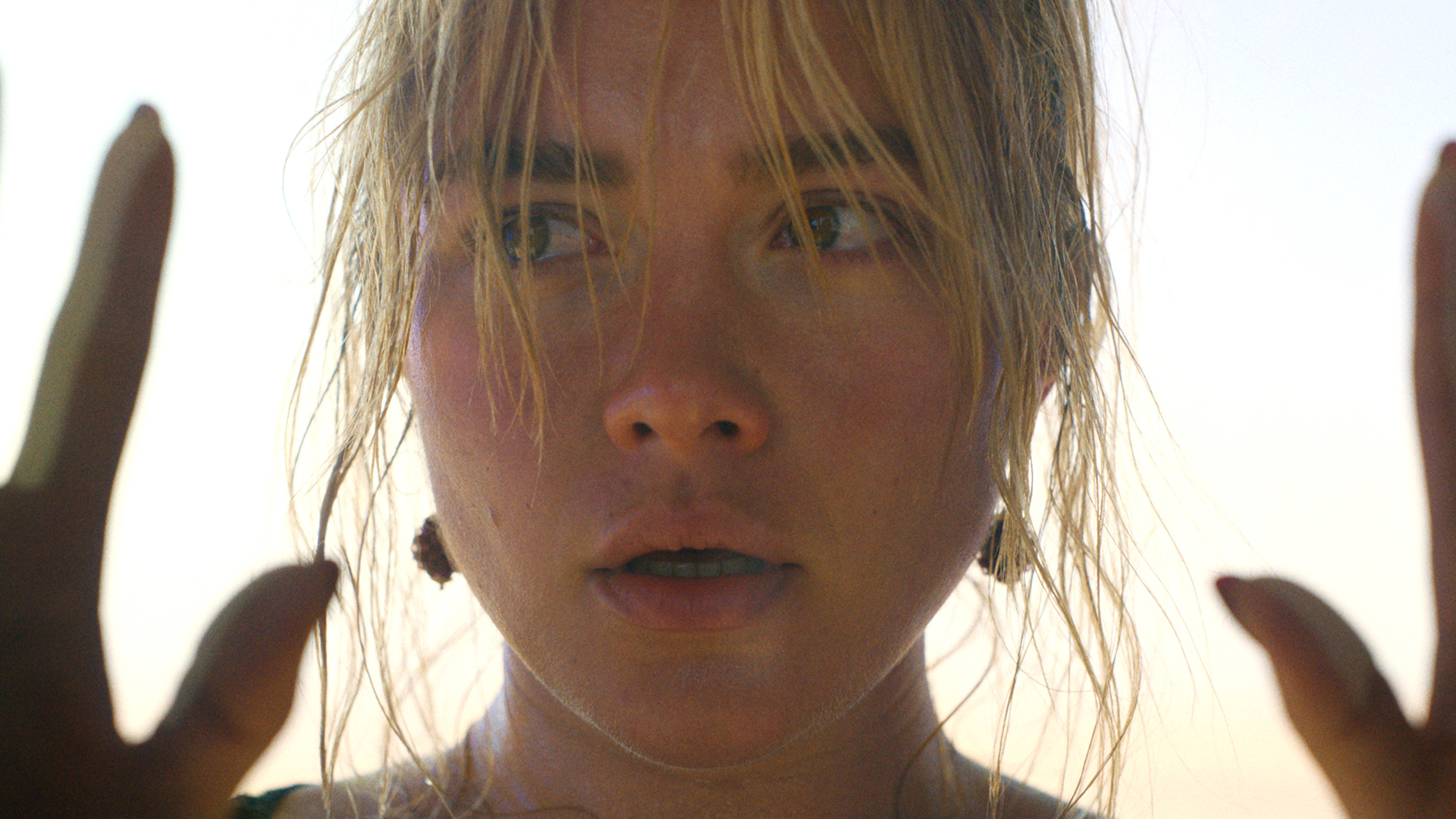 Olivia Wilde’s much-anticipated Don’t Worry Darling (2022) promises to shake up the suburban nightmare subgenre this week with an unsettling drama of domestic bliss that’s not entirely as it seems. With an all-star line-up – including one stadium-filling popstar, Harry Styles, in his first lead role – a trailer stuffed with enough Fifties outfits to have us all running to vintage stores and plenty of festival buzz, it’s set to be quite the movie moment of 2023. Ahead of Don’t Worry Darling’s arrival on the big screen, we take a look at some of the most memorable psychological thrillers that came before it.

The term ‘uncanny valley’ wasn’t officially recognised until 1978, but that hard-to-place feeling of something being not quite right has haunted people for a long time. A film now synonymous with the phrase is Bryan Forbes’ iconic 1970s satirical horror about a happy couple – Joanna (Katharine Ross) and Walter (Peter Masterson) – who move to the suburban town of Stepford where the residents’ perfectly curated lifestyles are in fact controlled by the ‘Stepford Men’s Association’, who are (spoiler alert) gradually replacing their wives with robots. Based on a novel by Ira Levin (author of Rosemary’s Baby), and remade for 21st-century audiences in 2004 with Nicole Kidman as Joanna, this film poses questions about feminism, consumerism and male intimacy in a compelling and gothic manner, boosted by a near tangible sense of rising dread that oozes the Academy Award-nominated filmmaker’s distinctive style.

‘Provocative’, ‘influential’ and ‘game-changing’ were just some of the words critics used to describe Jordan Peele’s momentous directorial debut in 2017. The psychological thriller plays on the by now familiar trope of ‘something’s wrong in suburbia’ but through the lens of race. The story follows Chris (Daniel Kaluuya), a young African-American man, who’s visiting his girlfriend Rose’s (Allison Williams) oh-so-white family for the first time. Strange vibes, odd looks and ever-so-subtle disturbances haunt his garden-party afternoon, until his feelings of unease culminate in an unforgettable – and horrific – third act. Before Get Out, Peele was best known for his comedy work on the sketch show Key & Peele, and there are many precisely placed moments of light relief that catch viewers off guard and only amplify their sense of discomfort. With two more movies now under his belt (2019’s Us and this year’s Nope), Peele has secured a reputation as a master genre-subverter, whose films are guaranteed to be inspiring, mysterious and perfectly uncomfortable.

A fascinating exploration of guilt in all its forms, always challenging filmmaker Michel Haneke’s 2005 Hidden was a runaway hit on release, stirring conversation among viewers about its messaging and ambiguous ending. Starring French acting powerhouses Juliette Binoche (Anne) and Daniel Auteuil (Georges) as a Parisian couple who begin receiving videotapes showing recordings of their day-to-day lives, the film evolves into a paranoid blame-game fuelled by the guilt of Georges’ childhood misdeeds. It’s both personal (we can all relate to poorly made decisions in our youth) and expansive in its social commentary – one of Georges’ suspects is an Algerian man, the son of two workers at Georges’ father’s farm who disappeared during the Paris massacre of 1961. It skilfully explores aspects of collective memory and guilt over historic colonisation.

Playing with the familiar theme of the past coming back to haunt you, Joel Edgerton’s The Gift is a masterful thriller that sees happy couple Jason Bateman (Simon) and Rebecca Hall (Robyn) receive an unwanted visitor in the form of an old schoolmate (Gordo) who starts showing up at their house and giving them gifts. Cue serious domestic disturbance as Simon and Robyn argue over Gordo’s intentions, and the seeds of mistrust are sown in their marriage. Until this point, Edgerton was a captivating presence in front of the camera, but proved himself to be a formidable filmmaking force here: writing, co-producing and directing this movie, as well as appearing on screen as the unwanted forgotten friend. With hints of Haneke, Hitchcock and Park Chan-wook’s Oldboy, The Gift is a tightly knit genre piece that delivers all the right shocks, scares and twists, and in all the right order.

A film that redefined the twist ending, Henri-Georges Clouzot’s Les Diaboliques set the stage for many a thriller to come, while being nigh-on impossible to describe, lest the game be given away. Without saying too much, the murder of a man is plotted by two women in his life: his wife and his mistress. The director purchased rights to the 1952 novel The Woman Who Was No More by Pierre Boileau and Thomas Narcejac, famously blocking Alfred Hitchcock from making the film (he is said to have been inspired to create Psycho as a result, and later adapted another Boileau-Narcejac work with Vertigo). Perfectly melding elements from both the horror and thriller genres, the film is now a classic piece of French, and genre, filmmaking.