It takes a good half hour for Damien Chazelle to drop the title card to Babylon. In the interim, all hell breaks loose. At a debaucherous Bel-Air party in 1926, one reveller bounces around on an ejaculating, penis-shaped pogo stick. Another shoves a wine bottle up a neighbouring orifice. A tuxedoed cabaret singer softly croons about her girlfriend’s genitalia. A woozy elephant stomps between the guests, threatening to upend a champagne tower. The camera greedily takes everything in, but there’s so much going on at this carnival of depravity you’re really not sure where to look. Babylon is a synapse-frazzling extravaganza, a libidinous bacchanal of writhing bodies, coke-dusted noses and lurid sex acts. Chazelle’s decision to submerge us into this sordid underworld, and only let us come up for air after 30 rollicking minutes, is a power move in a film that’s full of them. This is a director at the top of his game – newly minted into the Hollywood firmament after the success of La La Land (2016) – who has been given carte blanche to realise his vision in all its overwhelming, obscene, operatic glory. 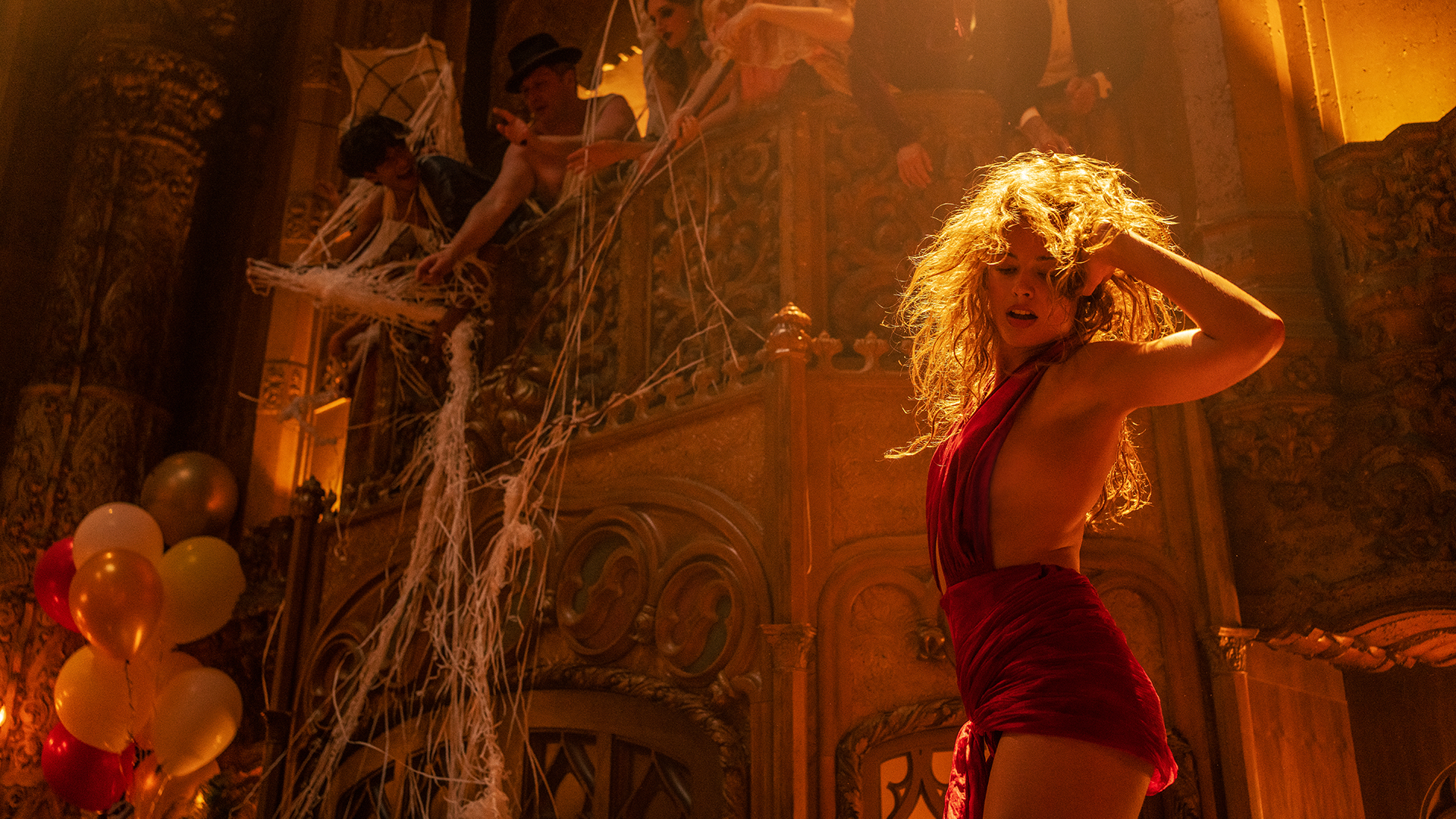 Sprawling in scope and lavish in scale, Babylon presents the fraught transition from silent movies to talking pictures, a time when a whole generation of stars were painfully, unwillingly ousted and a load of bright young things ushered in to replace them. The film offers a frenetic tour around Pre-Code Hollywood, cavorting through the years and doffing its hat to the pioneers who established a new cinema. Babylon is in dialogue with the past, although the conversation is fractious, acid-laced. With its focus on the grime and the dirt, the excrement and the vomit, the film is a corrective for the staid, starry-eyed love letters to the movies that have proliferated on our screens of late. Rather than treating the silent era with timid reverence, Babylon meaningfully engages with it. Several of its characters are inspired by real-life figures: Brad Pitt’s impish Jack Conrad is based on the matinee idol John Garfield, Li Jun Li’s performer shares similarities with the legendary Anna May Wong, Jovan Adepo’s band leader is a Duke Ellington stand-in… the list goes on. The centrepiece of Chazelle’s broken dreamworld is Margot Robbie, whose aspiring actress Nellie LaRoy takes her cues from the original It Girl, Clara Bow. And she has ‘It’ in spades. 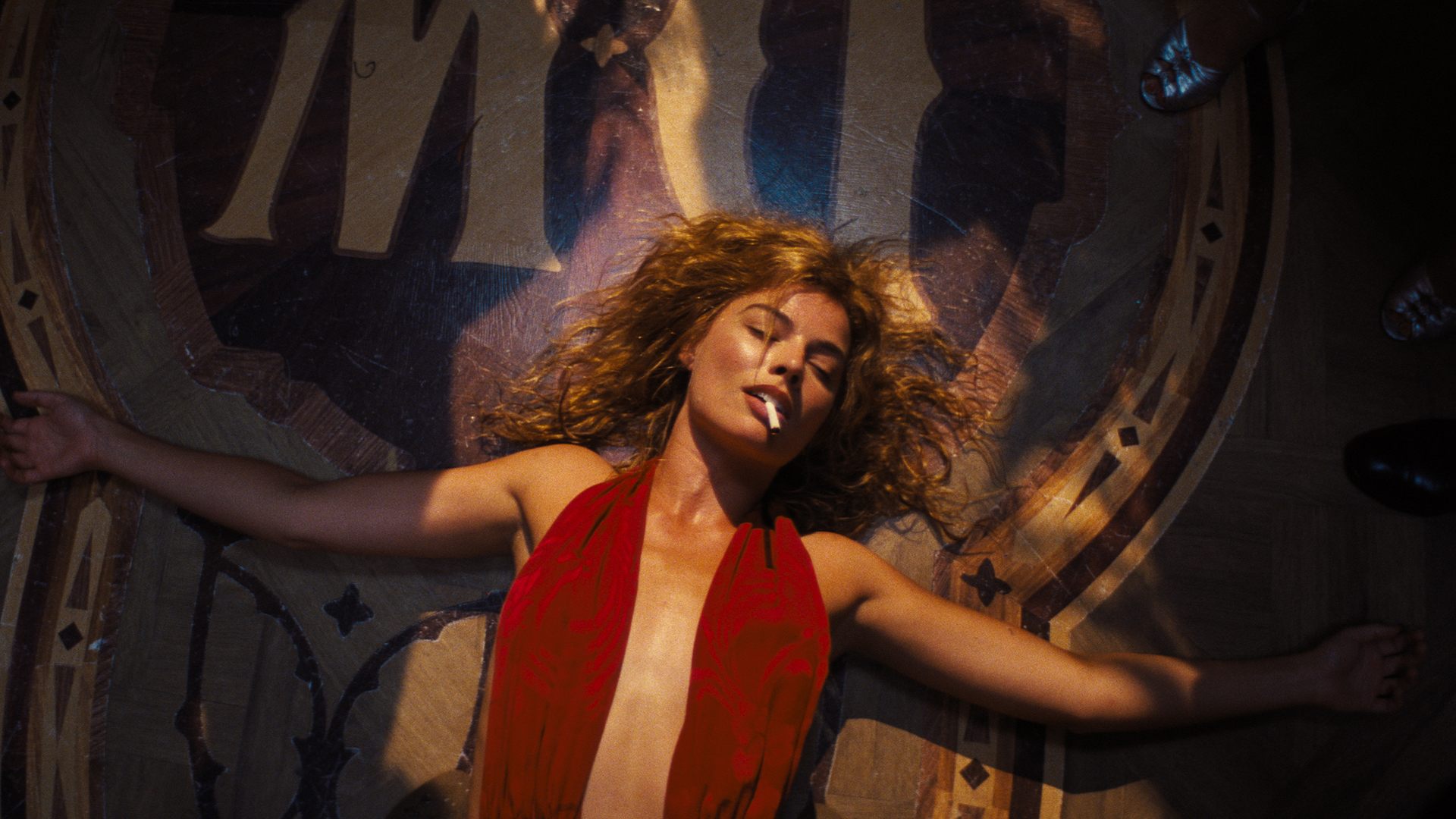 ‘Honey, you don’t become a star, either you are one or you ain’t,’ Robbie purrs in her thickest Noo Joisey accent. Judging by her exuberant performance in Babylon, I’m inclined to agree. She has that ineffable, intangible something – the glint in the eye, the mischievous smile, the flick of the hair – that overpowers every frame, summoning you to bask in the luminous glow of her charisma. It’s no wonder Diego Calva’s Manny (ostensibly the protagonist, though majorly underdeveloped) declares his love for Nellie within minutes of meeting her. She is a spinning top of a character, careening precipitously from one outrageous situation (battling a venomous snake in the desert) to the next (masturbating a unicorn ice sculpture), before inevitably crash-landing. Nudge Nellie, and everything comes pouring out in that fast-talking, loop-the-loop way of hers, childhood trauma circling around, then piercing through, even the most light-hearted discussion. Robbie expertly switches between registers, rounding out what could have easily been a Manic Pixie Flapper Girl. 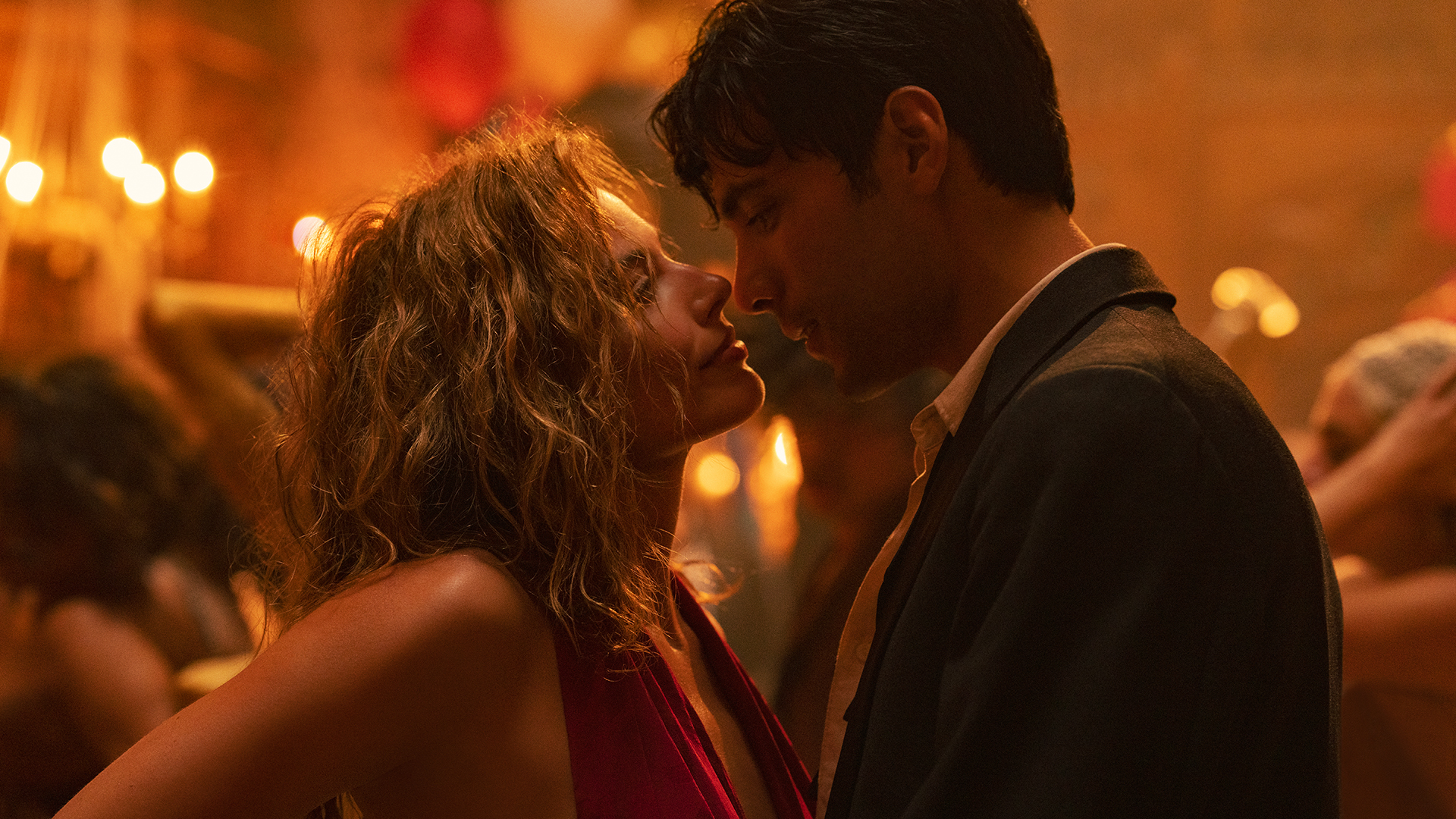 She, and Babylon, are at their finest during two dizzying moviemaking set pieces, both edited with Chazelle’s signature frenzy of whip pans. The first feverishly cuts between Nellie’s star-is-born moment and a Jack Conrad war picture shooting on the same dusty studio backlot. The sequence’s galloping energy is invigorating: it swerves from Nellie dancing seductively on a table and feeling up her scene partners to a massive, sword-bearing fight featuring scores of extras. The montage is barrelling along at such a clip you wonder whether she actually just flashed the director, whether that was a real corpse on the battlefield. For all its frantic dynamism, Babylon knows when to pump the brakes. Eventually, the chaos calms down and what we’re left with are mesmerising images captured on celluloid to be beamed to the masses. We see Robbie’s face, in close-up, a single tear rolling down her cheek. We see Pitt, on a hilltop at magic hour, kissing a woman to the swells of an orchestra as the sun dips below the horizon and a butterfly flutters onto his shoulder. It was worth it – the no-shows and the camera malfunctions and the contract negotiations. This is it. The enduring power of cinema. 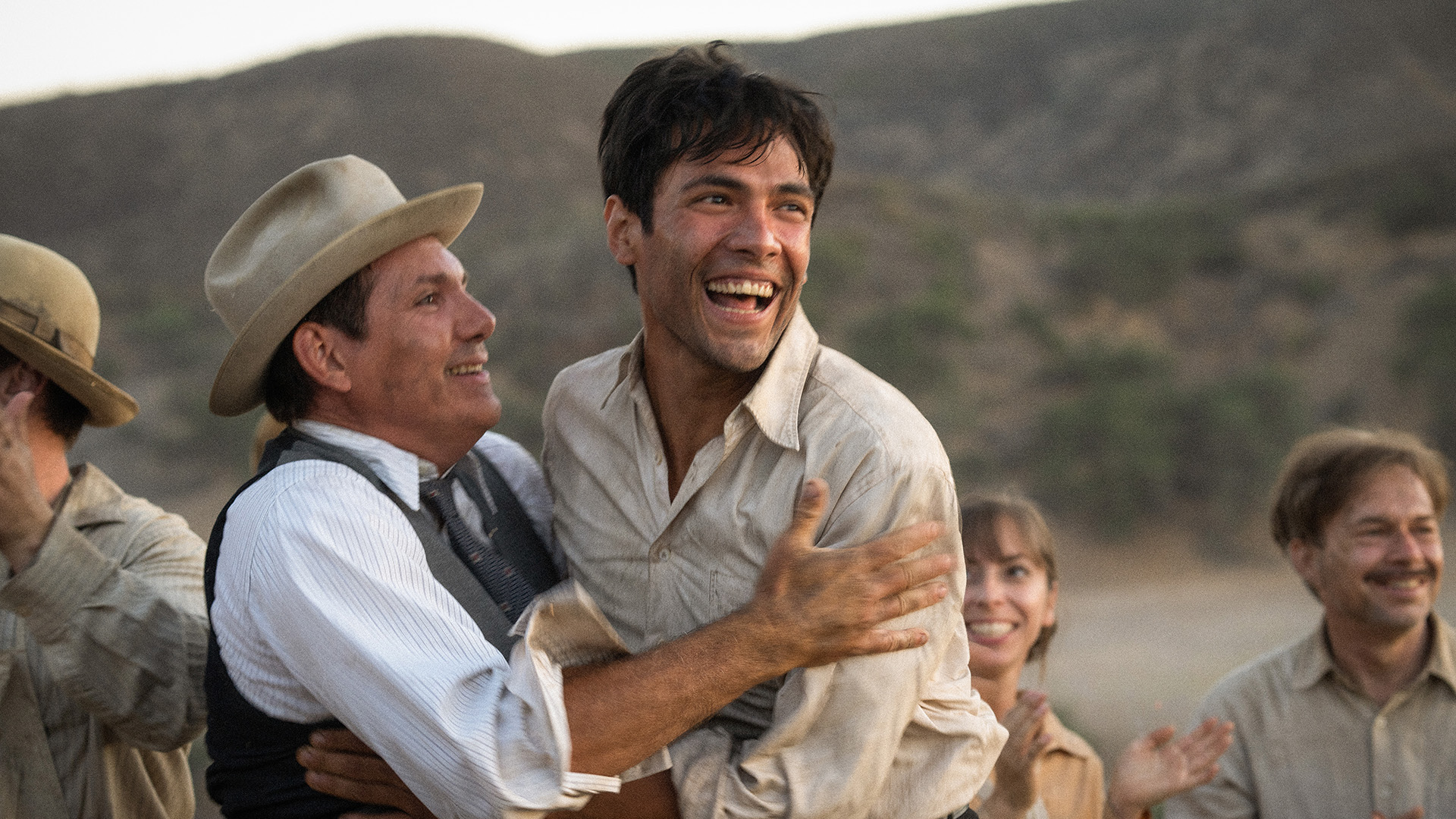 The second making-of moment arrives at the advent of sound, and plays more like the Whiplash (2014) rehearsal-room sequence – albeit with a dash of wickedly dark humour. On this anxiety-ridden set, dotted with all these new-fangled microphones, a sneeze that ruins a take can make an assistant director fall apart. Forever fascinated with the clash between tradition and modernity, Chazelle digs into the industry’s uncaring determination to bandwagon-jump onto the latest trend, no matter how many people get hurt in the grinding cogs of the Hollywood machine. Babylon is so much more than a rise and fall story. It’s too smart for that. Its swirling, spiralling narrative – considering the perspectives of gangsters and gossip columnists, hopefuls and hasbeens – creates a portrait of Tinseltown in greasepaint and saliva that celebrates motion-picture artistry, while rebuking showbiz callousness. These tensions are threaded into Justin Hurwitz’s magisterial score, which pushes and pulls between prim, ragtime piano and the steamiest after-dark saxophone. (It wouldn’t be a Damien Chazelle movie without jazz now, would it?) The music hinges on an insistent trumpet riff that’s so catchy it’ll crawl into your ear canal, install a disco ball and shimmy around in there for a week. 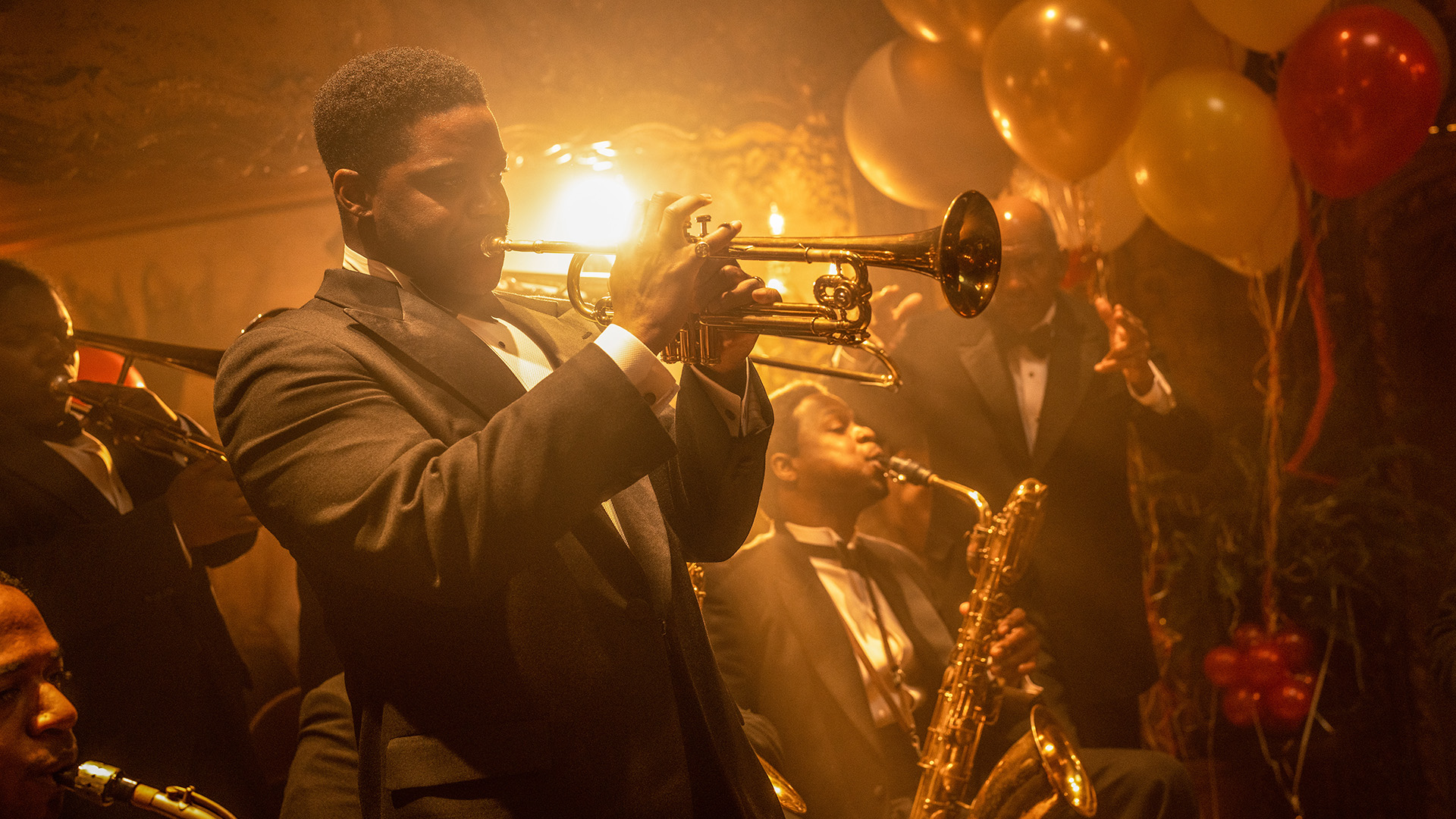 Babylon’s sheer orgiastic spectacle is absorbing enough that I can forgive its occasionally unbalanced storytelling. It’s reaching and reaching, trying to grasp at a fundamental truth. Whether it ultimately triumphs is down to individual interpretation, and the film certainly has its critics. At least as far as I’m concerned, more movies should be striving for such lofty heights, boldly heading out where others fear to tread – let’s not forget that a similar furnace of innovation forged sound films in the first place. Babylon’s riotous, freestyle ending, a mind-melting experiment that has proven quite polarising, tests the boundaries of what filmmaking can do. I left the movie re-energised by the possibilities of cinema as a medium, buoyed by the audacity of this crescendoing, exclamation-point conclusion. May studios continue to fund Damien Chazelle’s ambitious, cacophonous passion projects, because this one is nothing short of remarkable.