Blisters, Burnout & Brutal Training: What The Novice Gets Right About College Rowing 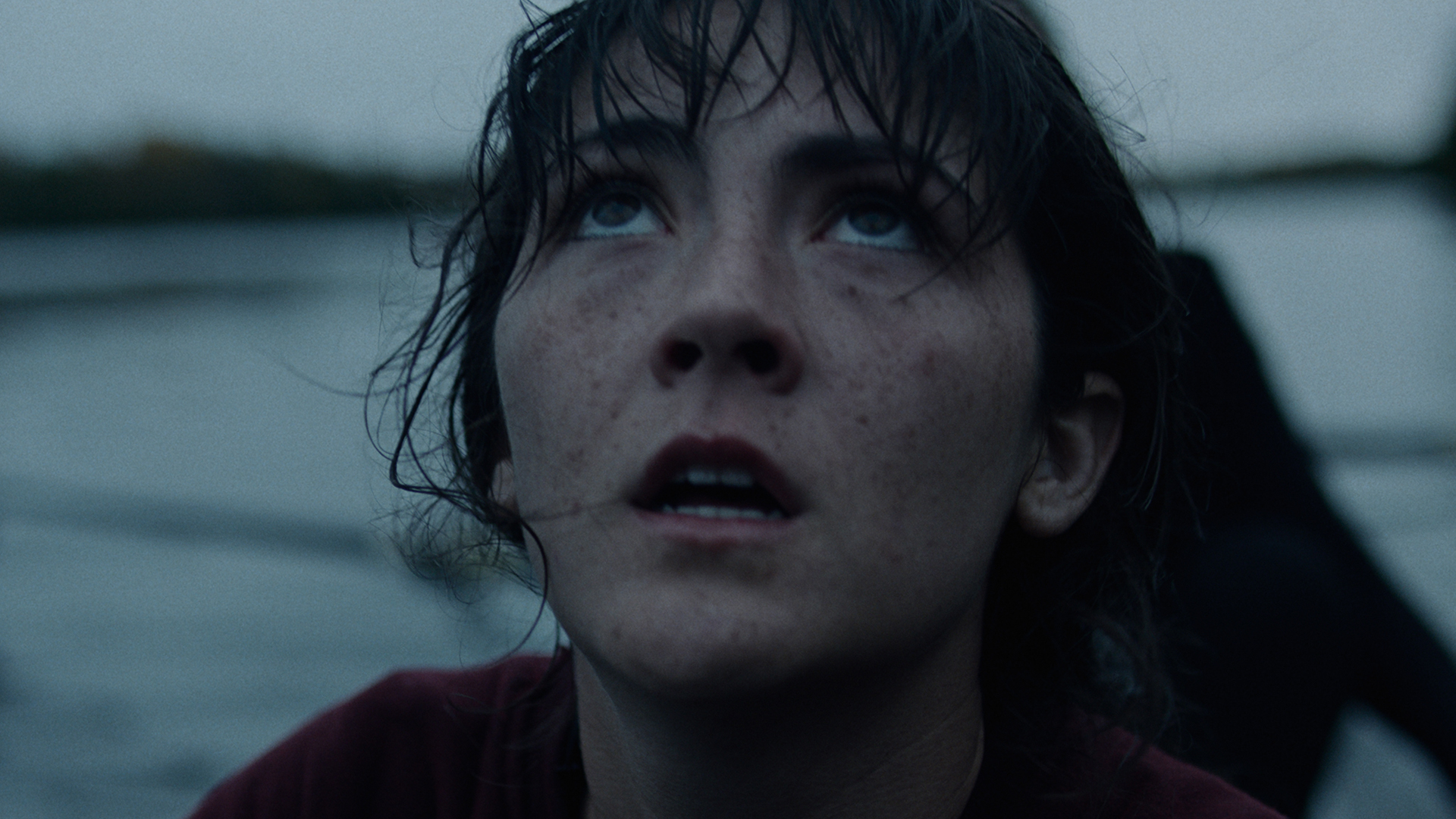 You have to be a pretty intense person to do college rowing. I know this because I’m a pretty intense person who dedicated her undergraduate years to practising this physically demanding water sport eight times a week. When watching the writer-director Lauren Hadaway’s transfixing rowing thriller The Novice, which catalogues the punishing efforts of the obsessive fresher Alex (Isabelle Fuhrman) to make the Varsity team, I was struck with a series of visceral sense memories. The mechanical whoosh of the erg machine, the cox’s jargonistic shouts reverberating through the boat, the callused grooves on Alex’s palms marking where the blade (or ‘oar’ to the uninitiated) bit into her flesh… Each little detail, so casual and inconsequential in the context of the movie, combined to dizzying effect, jolting me back to days of shovelling congealing porridge into my mouth at 5am and showing up to morning lectures in sticky post-workout Lycra. Like me, Hadaway is a former rower and it shows. Of course, she accurately captures the sport’s superficial elements – the kit, the culture, the terminology – but most important is her evocation of how it feels to be a student rower, the all-consuming insanity of training and training until you reach physical and mental exhaustion. For someone who used to do 2km erg tests (timed sprints on the rowing machine) alone in the gym every day of the Christmas holidays to better my time and secure a seat in the top boat (as Alex does in the film), The Novice is so authentic as to be almost stomach-turning. 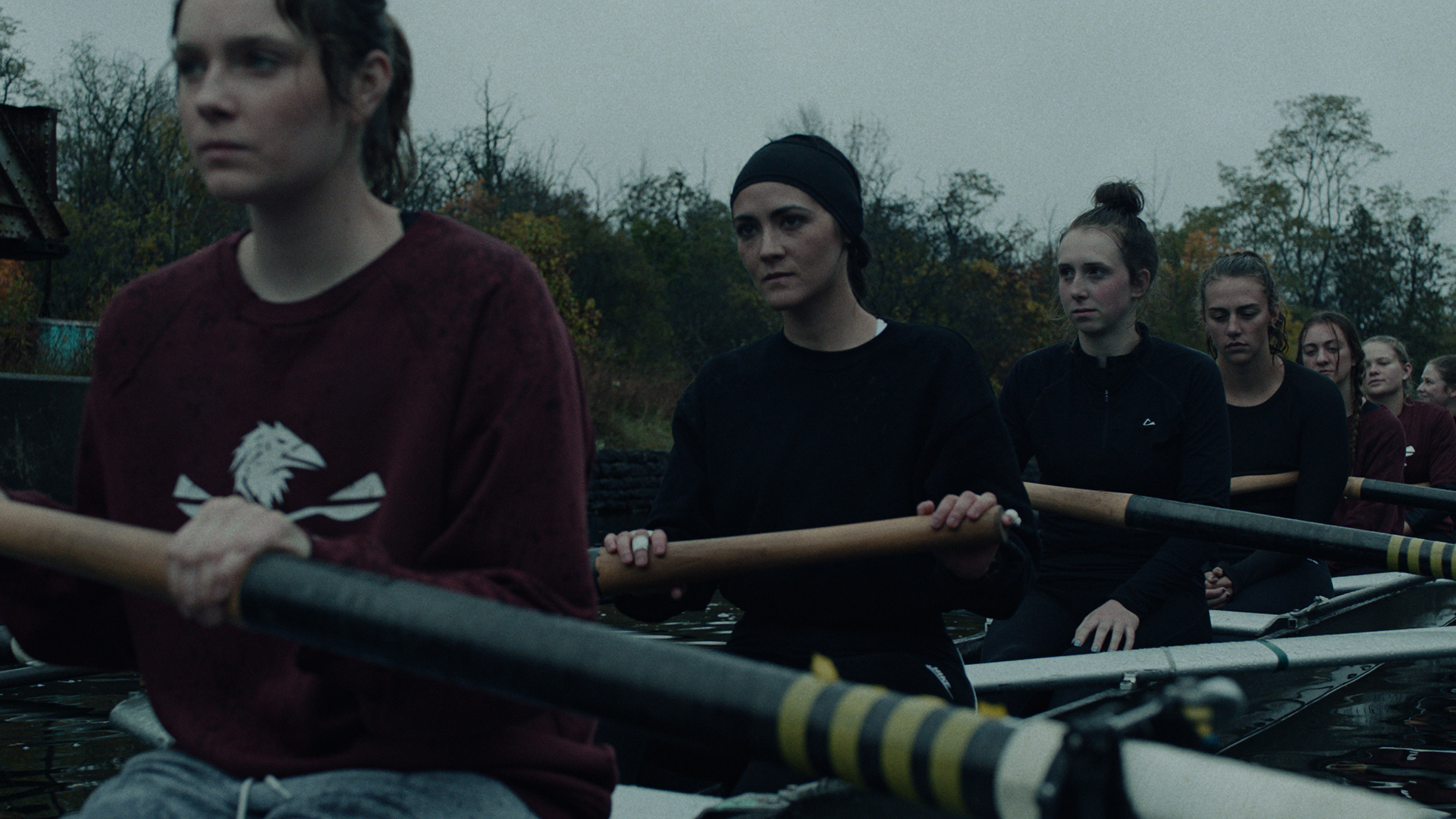 Inspired by Black Swan (2010) and Whiplash (2014) – similarly propulsive films that show their protagonists tenaciously pursuing greatness to the point of self-destruction – The Novice is a precise character study buoyed by a committed central performance. Throughout the film, Fuhrman plays Alex with a bug-eyed mania, jaw clenched, teeth gritted, expression hardened. She is so tightly wound that she’s liable to snap at any moment. Never one to take the easy route, Alex majors in physics because it’s her worst subject and she’s up for the challenge of puzzling through equations she doesn’t understand for three hours (long after her peers have packed up and left the lecture hall). Alex approaches her studies in the same way as rowing, believing that sheer dedication will make her brilliant, natural aptitude be damned. She is a symbol of the ‘work hard, play hard’ mentality that was drilled into me at university, the expectation that you could pass the afternoon mucking around weight training with your crew and Beyoncé playlist as long as you then spent the evening in the 24-hour library writing a 2,000-word essay on Flaubert’s Madame Bovary. 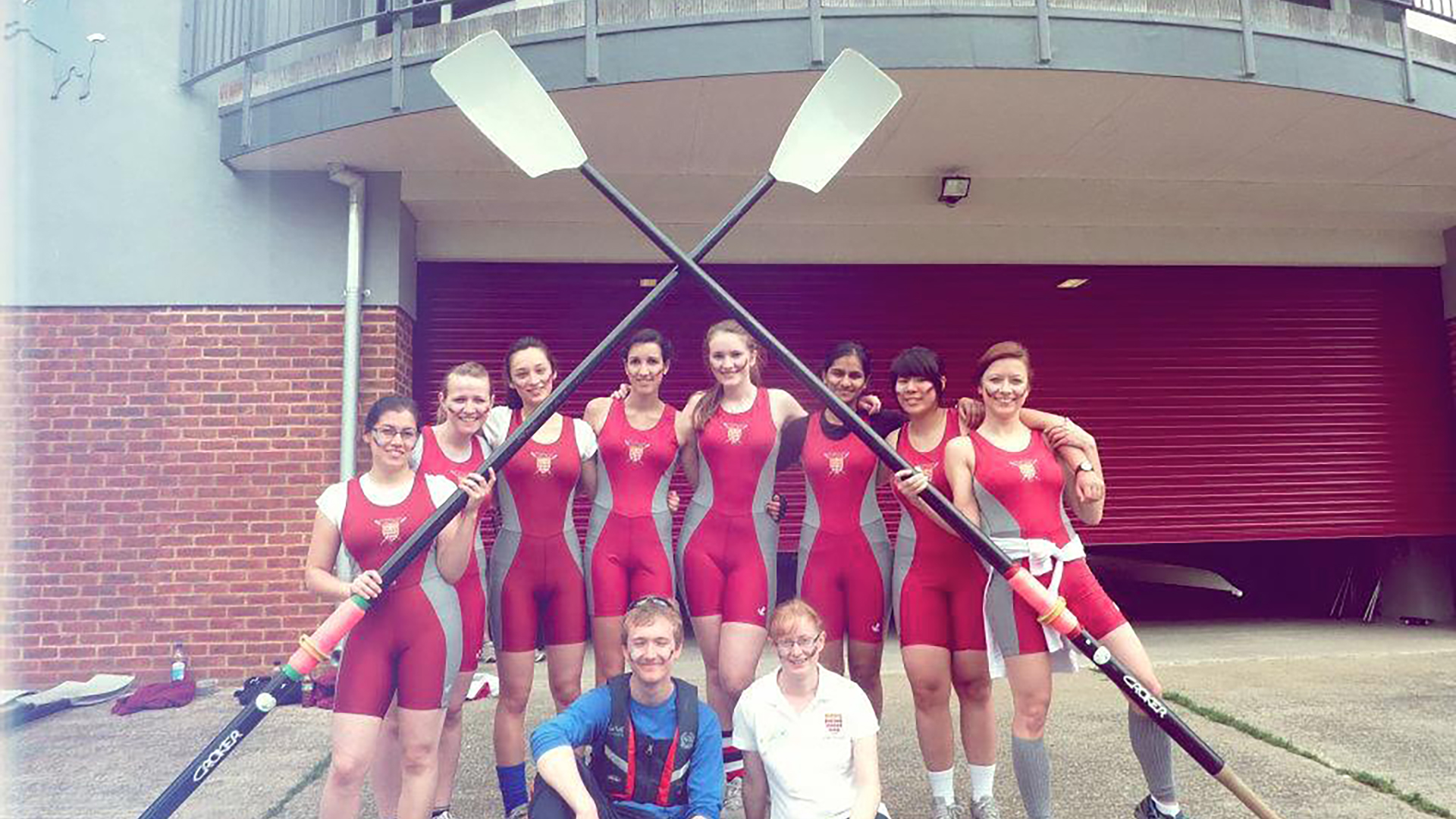 Yasmin (centre left) with her teammates

What makes The Novice extremely effective is the way it fully plunges us into the swirling morass of Alex’s headspace, allowing insight into her monomaniacal state of mind. Her inner monologue is a litany of repetitions, which is fitting for a sport that involves performing the same action over and over. When her friend is chatting to her as they walk to class, Alex is not paying her the slightest attention, and instead we hear the voice in her head whispering ‘legs, body, arms, legs, body, arms’, her coach’s training mantra. ‘The best novice’ becomes another three-word incantation later in the film when Alex discovers that the most proficient rower in her squad will have the chance to train with the Varsity crew. In these sequences, she fixates on her extracurricular career at the expense of interacting with the world around her. Hadaway doubles down on this in the sex scene, which is expertly edited to emphasise the overarching idea that rowing is all Alex thinks about. During these few intimate minutes, The Novice constantly crosscuts between writhing bodies and the misty river, supplanting tender caresses with blades gliding through water, ecstatic faces with images of her lover Dani (Dilone) floating in a scull boat. These intruding flashes – at first so brief as to be practically imperceptible, before running longer and longer – reveal that even in the throes of passion Alex is still preoccupied with rowing and is never fully in the moment. 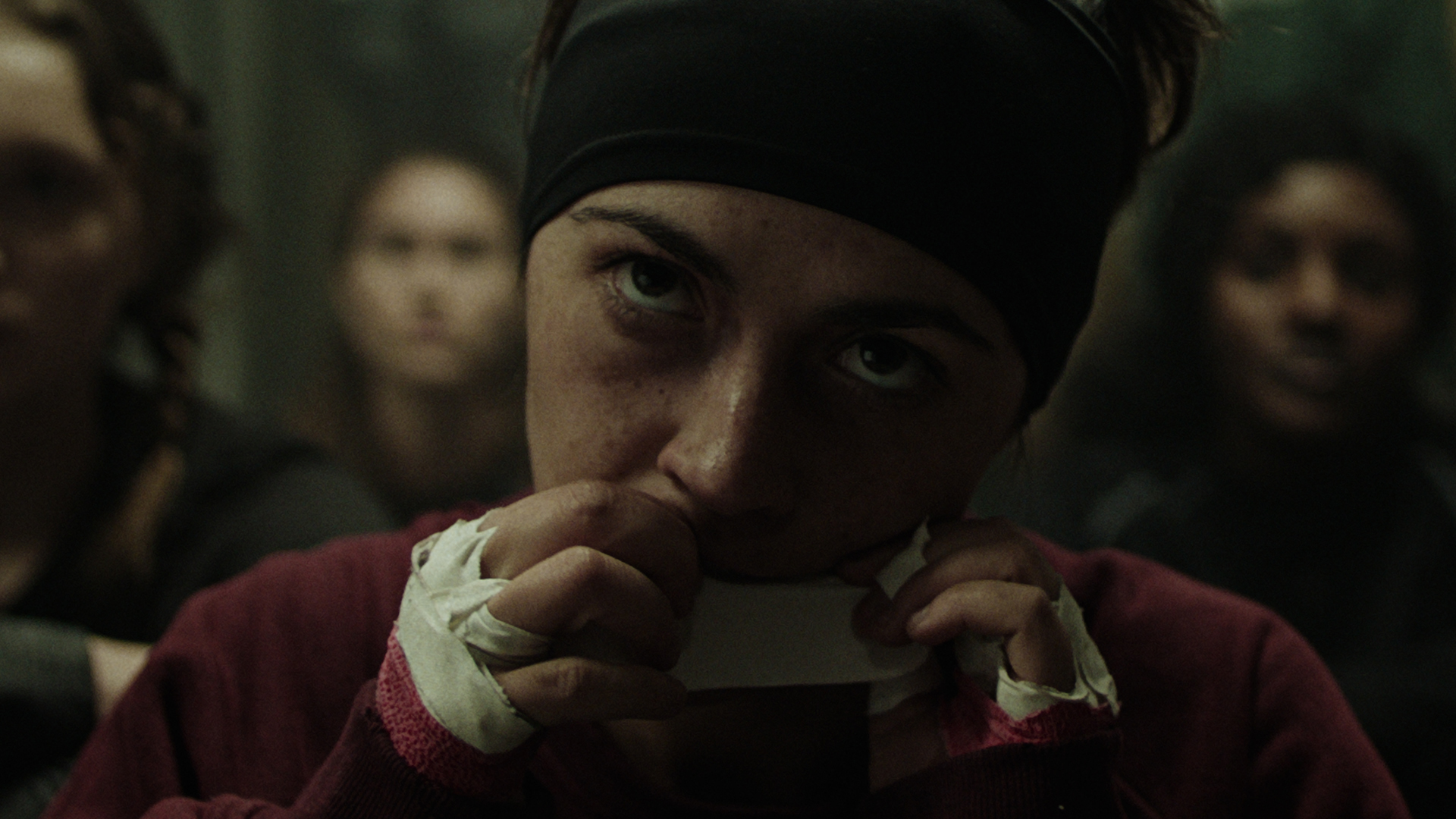 Alex’s point of view is most keenly felt when she is pushing herself to the limit during training. Hadaway shoots these sequences more loosely and freely, with a distinctly stylised feel. For the team erg tests in the gym – cleverly coloured with a queasy greenish tinge to indicate how sickening the place is – the director again privileges her lead’s perspective, emptying the room of the other girls and leaving Alex by herself, knees bent and poised to race, under a single spotlight. Hadaway incorporates ample slow motion here, pushing in on Alex’s sweat-drenched arms, chest and blank expression, while Brenda Lee croons on the soundtrack, her voice dipping in and out of tune, and the backing track contorting into pitch bends to mimic Alex’s increasing weariness. This bare staging underscores how everything melts away for Alex during the test: it’s just her and the machine, and she is solely focused on keeping a good score as the lactic acid seethes through her aching muscles. At the end of one of these trials, she wets herself from the exertion; at another, she throws up – not an exaggeration, I once saw a teammate stop a 2km test mid-stroke to vomit into her own cupped hands. 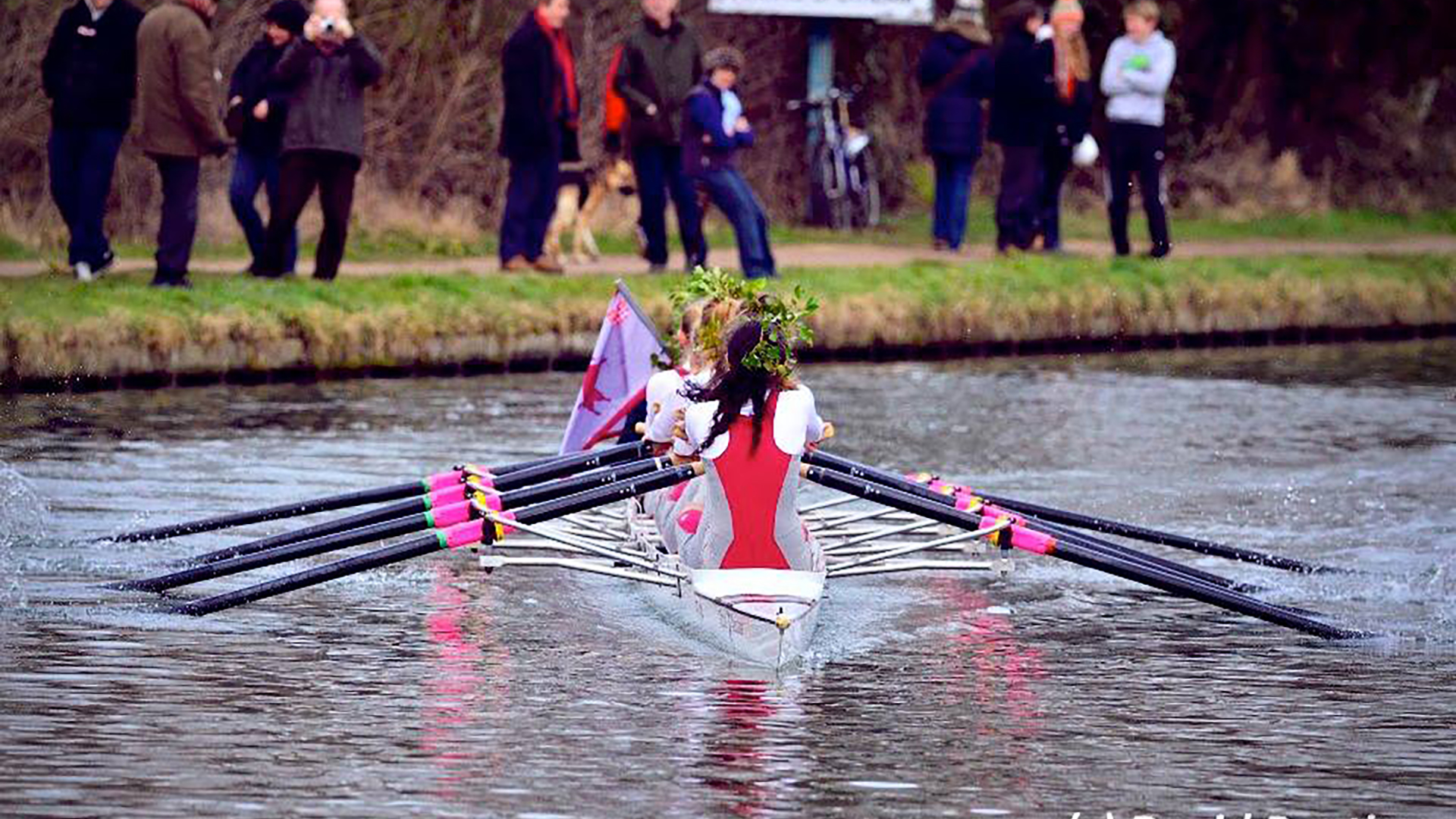 Yasmin (at bow) rowing with her crew

The Novice’s dabbling into fantasy morphs into full-blown hallucinations when rowing on the water. Where the gym sequences are slowed right down, these outdoor races are often sped all the way up, with rapid, heart-pounding cuts that create a kinetic pace. Alex is plagued by images of two animals: ravens (her boat club’s mascot) and crabs (because ‘catching a crab’ means to incorrectly insert your blade in the water and knock the boat off balance). She has visions of her competitors’ heads replaced with feathered, beady-eyed birds, and imagines crustaceans creeping around her at moments of high stress. Through its multi-pronged, first-person characterisation of Alex, the film successfully portrays the euphoria and disappointment of college rowing. 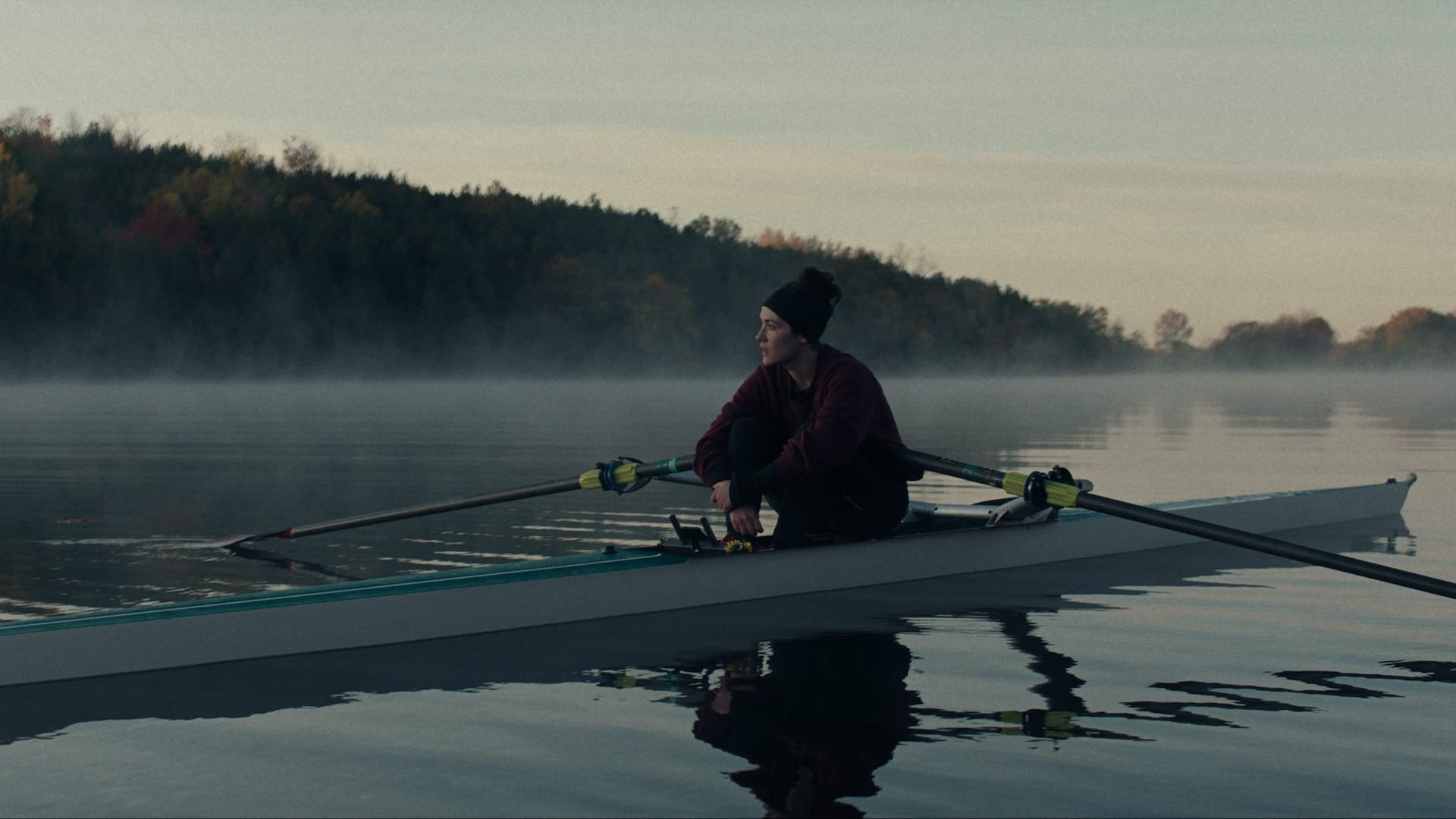 I related to so much of The Novice: putting Compeed blister plasters on ravaged hands, hearing the bone-rattling boom of a starting cannon, seeing my own breath fogging in front of me during freezing-cold practice sessions… Thankfully, where my experience differs from Alex’s is in the camaraderie. In the film, she doesn’t have any friends on the rowing team, since she’s alienated herself from them with her hostile, self-absorbed behaviour (a smart dramatic device to ramp up the tension). For me, my love of the squad was the main reason I showed up to train every day. Why spend that much time with people you’re not having fun with? We had custom-made T-shirts printed with private jokes and hashtags; pre-race crew pastas where we traded gossip and painted each other’s nails in college colours; and the always raucous end-of-term boat-club dinner that would invariably end with the whole squad, arms interlinked, screaming our team anthem, Mulan’s ‘I’ll Make a Man Out of You’, at the top of our lungs. I wouldn’t have it any other way. With its adrenalin-pumping races and probing psychological analysis, The Novice allowed me to peer through the frosted-glass window of my own past, and marvel at what I saw there.