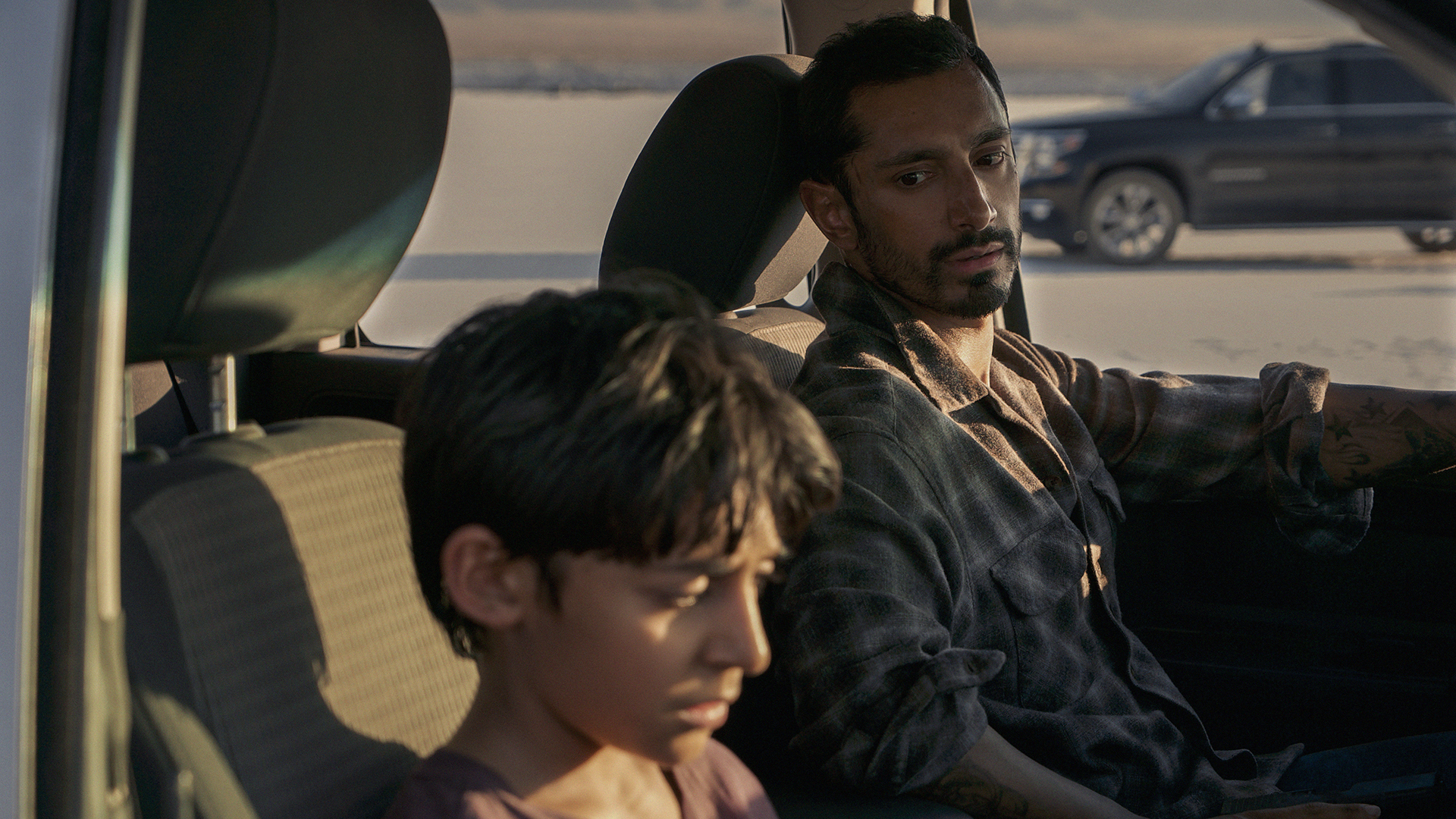 In the second part of our interview with Michael Pearce, the director and co-writer of Encounter, he discusses the cast and tonal quality of his singular journey into an alternative reality.

It’s another great performance by Riz Ahmed. Did the character change much when he came on board?

The character was initially written as a white male, but there wasn’t anything that meant we couldn’t expand the scope of possibilities of who could play the role. When I started talking with Riz about the project he initially pitched that we didn’t need to change anything about the character. However, once I cast him and we started to collaborate, we both felt that, while it didn’t require a dramatic rewrite, we didn’t want to ignore the character’s ethnicity. So, we changed his name and tweaked some of the dialogue from the other characters he encounters on the road.

Whenever I cast an actor in a role, I like to work on the script to bring the character a little closer to the actor and accommodate their thoughts and ideas. Riz has such great instincts about behaviour and storytelling in general it was very easy to incorporate his input. During prep we would read through the script together and interrogate every beat, to test the truth of it. During that process, he helped enhance the material in innumerable ways – not just in relation to his character, but the script as a whole. The script always remains a living, breathing road map and we would often make adjustments on the day and accommodate ideas that come from the rehearsals.

Can you talk about the racial undercurrent in the film – the insidiousness of prejudice that is never outrightly mentioned but is very present.

Though we wanted the film to be cognisant of the character’s ethnicity, we didn’t set out to make a film where their ethnicity is their defining feature. We wanted the film to work as a universal story between a father and his sons. However, it didn’t feel right to us that this film have ‘colourblind’ casting – it needed to engage and recognise how the character’s ethnicity might impact their relationship to some of the people around them. We also wanted to respect the audience and we felt a smart audience wouldn’t need a blunt racist remark to think race and racism was playing a part in the scene.

Octavia’s character, Hattie, was originally a white male character called Hank. I changed that character during the writing process to diversify the characters populating in the film. Once I cast Riz, I also thought there was an interesting subtextual level of empathy that Octavia and Riz’s characters might have towards each other, and that was playing a part in why she has a more emphatic reading of him than the FBI agents. Again, I think it would have been heavy-handed to make that explicit, but I think the audience could read that as part of their connection if they were looking for it. 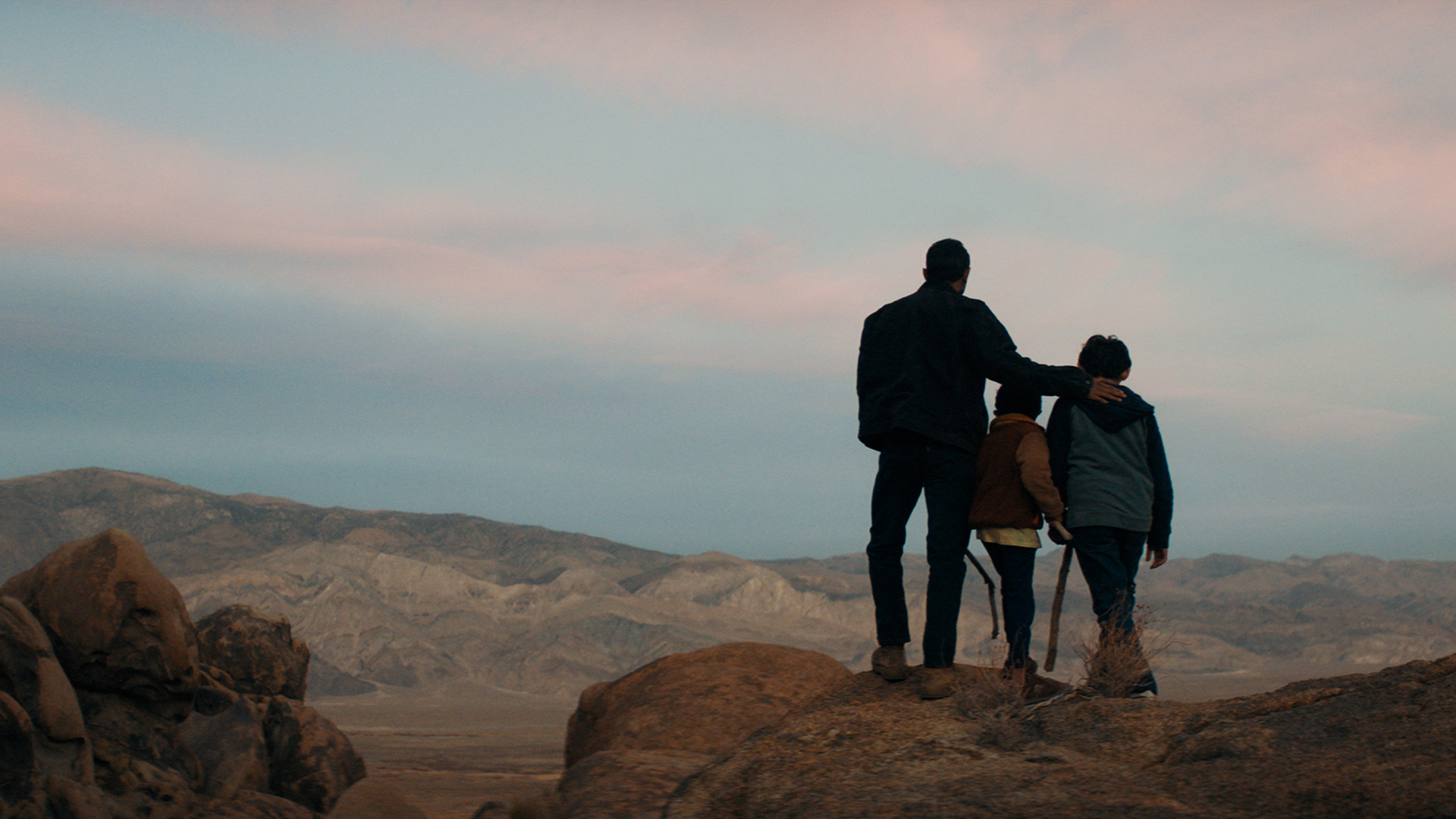 The same goes for the subject of gun violence, which is so cleverly and subtly alluded to.

I think this partly comes from observing American culture as an outsider and finding gun culture in particular to be a disturbing phenomenon. I felt there was something off about an audience being gratified by gun violence in this film, which is ultimately a film about empathy. So, while I wanted to create thrilling set pieces, I made a rule for myself: every time someone uses a gun in the film they exacerbate the problem. By contrast, the most powerful weapons in the film were going to be compassion and empathy. I also didn’t want to be patronising or pedantic to an American audience. I’m not morally against movie violence, I just didn’t feel it was right for this film, which was talking about very specific themes.

The boys are so good – how they relate to each other and Malik. Did you find Lucian-River Chauhan and Aditya Geddada early on?

It did take a while, somewhere between six to eight months. We cast all over the US and saw kids from Texas, Louisiana, New York, Nevada, Montana, Canada… all over. I spent a lot of time talking with Lucian-River and Aditya over Zoom and getting to know them as people, in addition to when we were auditioning scenes. We also did a chemistry test with them over Zoom. It was a little awkward at first, they sensed there were a lot of people watching them, but after they started talking about a toy they both love we couldn’t get them to stop talking! They became very close during the making of the film, and they both looked up to Riz. He, in turn, was very nurturing and generous with them. It was one of the most poignant things for me to witness. In a way, they were playing my family, and I saw them bond and connect with each other in a very genuine way. It was very touching. 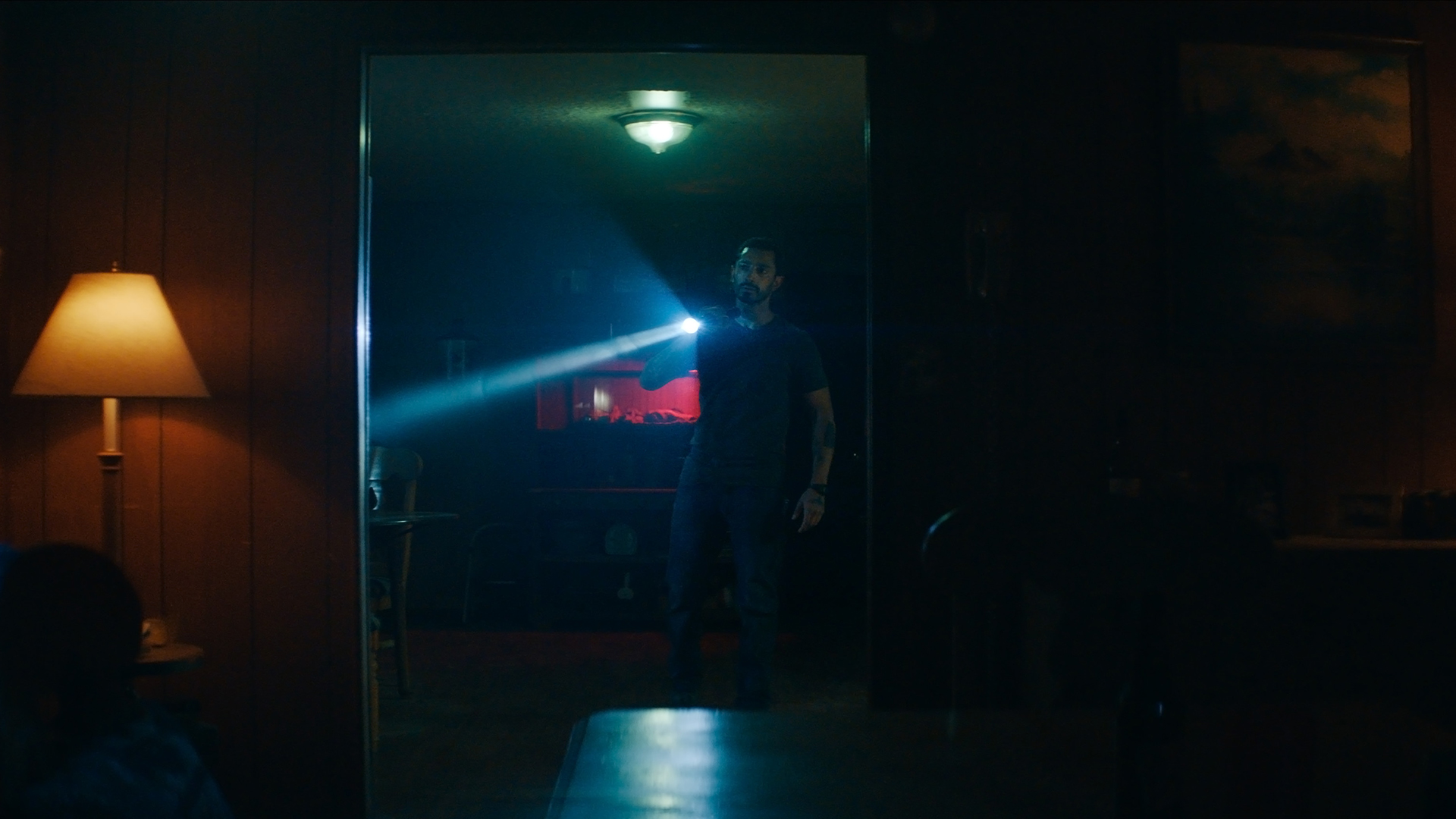 The film’s tone is underpinned by Jed Kurzel's score and the complex sound design. Can you talk about working with Jed and the conversations you had about layering the sound?

I’ve been a huge fan of Jed’s work since Snowtown (2011). His music is hypnotic, haunting and beautiful in equal measure. He’s incredibly versatile; he can create visceral hearth-thumping tension, and very tender and delicate emotional pieces – and everything in  between. He intuitively understands the mechanics of how music affects an audience, but he never wants to go down the easy and familiar path. He wants to create a distinctive aesthetic for each film.

I love how he uses classical instruments in unconventional ways and finds strange instruments I’ve never heard of alongside electronic ones, mixing them altogether so the music has a very unique and unfamiliar identity.

At the beginning of the film, when the story is firmly in sci-fi terrain, it was decided not to use any synthesizers or electronic music, instead building the score from organic sounds and natural instruments. It felt like an unconventional approach to create a sci-fi score and would help circumvent it feeling like straight sci-fi. Later on, as the film evolves into other genres, we start to lean into using more synths and electronic sounds. By the end, as we’re really focused on the core of the father-son story, Jed combines all of these techniques. We wanted the score to be unpredictable and reflect the constantly evolving perspective of the film. We were also careful that the score didn’t become a Frankenstein composite from different genres, so Jed put a lot of working into weaving the emotional themes and motifs throughout the film to make sure everything felt tethered to the characters and their psychological state.

I’d been a huge fan of sound designer Paul Davies’ work since I was at film school – particularly his work on Lynne Ramsay’s films. In a similar way to the score, we wanted the soundscape of the film to reflect the perceptual shifts the film goes through. Sometimes it’s very psychological, bringing the audience inside the subjective experience of Riz’s character, and at other times it’s very naturalistic and observational.

We played a lot with the different sounds that insects create; we’d employ different buzzing, humming, trilling, chirping etc, depending on the nature of the scene and how threatening we wanted it to be. We also wanted the film to have a broad dynamic range, so sometimes the sounds are very muscular and rich, and at other points they’re very delicate and minimal. Working with the whole music and sound team in the final mix was a real joy, as we were collectively weaving together this rich and layered music and soundscape to create a hypnotic sonic tapestry that always keeps the audience on its toes.