How Spencer Captures The True Tragedy of Princess Diana

Through its sensitive portrait of the People’s Princess, Pablo Larraín’s new film reveals the humanity behind the media circus.

From the moment she walked down the aisle at St Paul’s Cathedral and said ‘I do’ to Prince Charles, Diana Spencer became public property. Every move she made, every outfit she wore, every place she frequented fed an insatiable hunger from the public, who, as much as they professed to love her, played a part in her destruction. 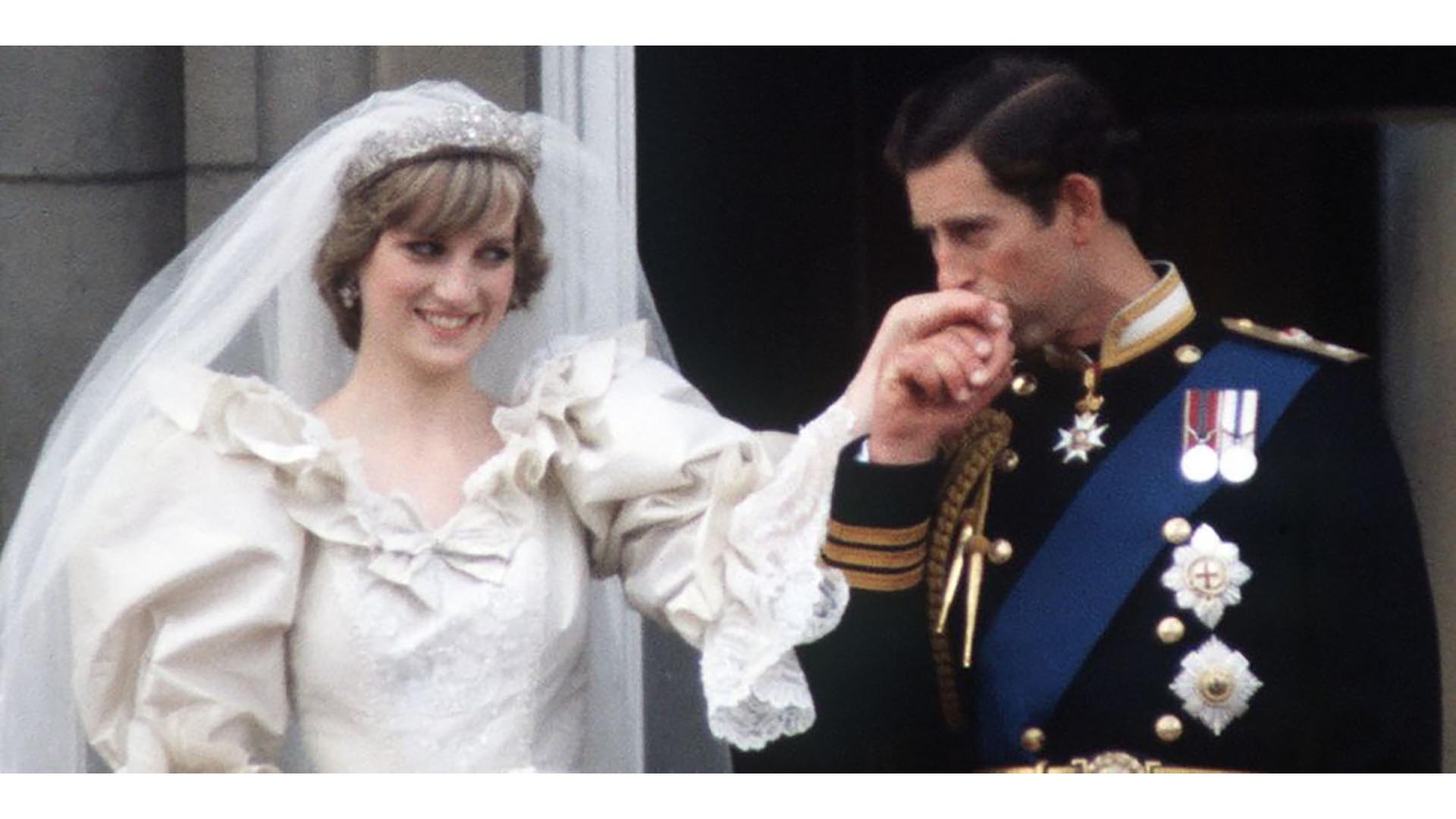 Princess Diana and Prince Charles on their wedding day in 1981

In the 24 years since her death, this hunger has not abated. Some have projected it onto her sons and their wives, whose choices are continually compared to Diana’s own. Others go back over her life, analysing the minutiae, delving deeper into the 36 years she spent on this planet. Diana was always aware of her ‘currency’ and was canny enough to use it to her advantage: destigmatising AIDS and advocating against landmines in Angola. She steered this currency away from her ex-husband’s provocative documentary – in which he claimed he had been ‘faithful and honourable’ to her until their marriage had ‘irretrievably broken down’ – with a slinky black ‘revenge dress’. Unlike the other Royals, she was more open and outwardly emotional, talking about the disappointments in her marriage, and putting her struggles with self-harm, suicide attempts and disordered eating on record. But what she did not do is give carte blanche to use her story to sell tickets to shoddy musicals, schmaltzy Naomi Watts vehicles and heavily sanitised prestige Netflix series. Most of these projects move through her short life like highly decorated Wikipedia biographies, and none have painted a full picture of a complicated woman who was warm, self-obsessed, fierce, savvy, manipulative, funny and loving. 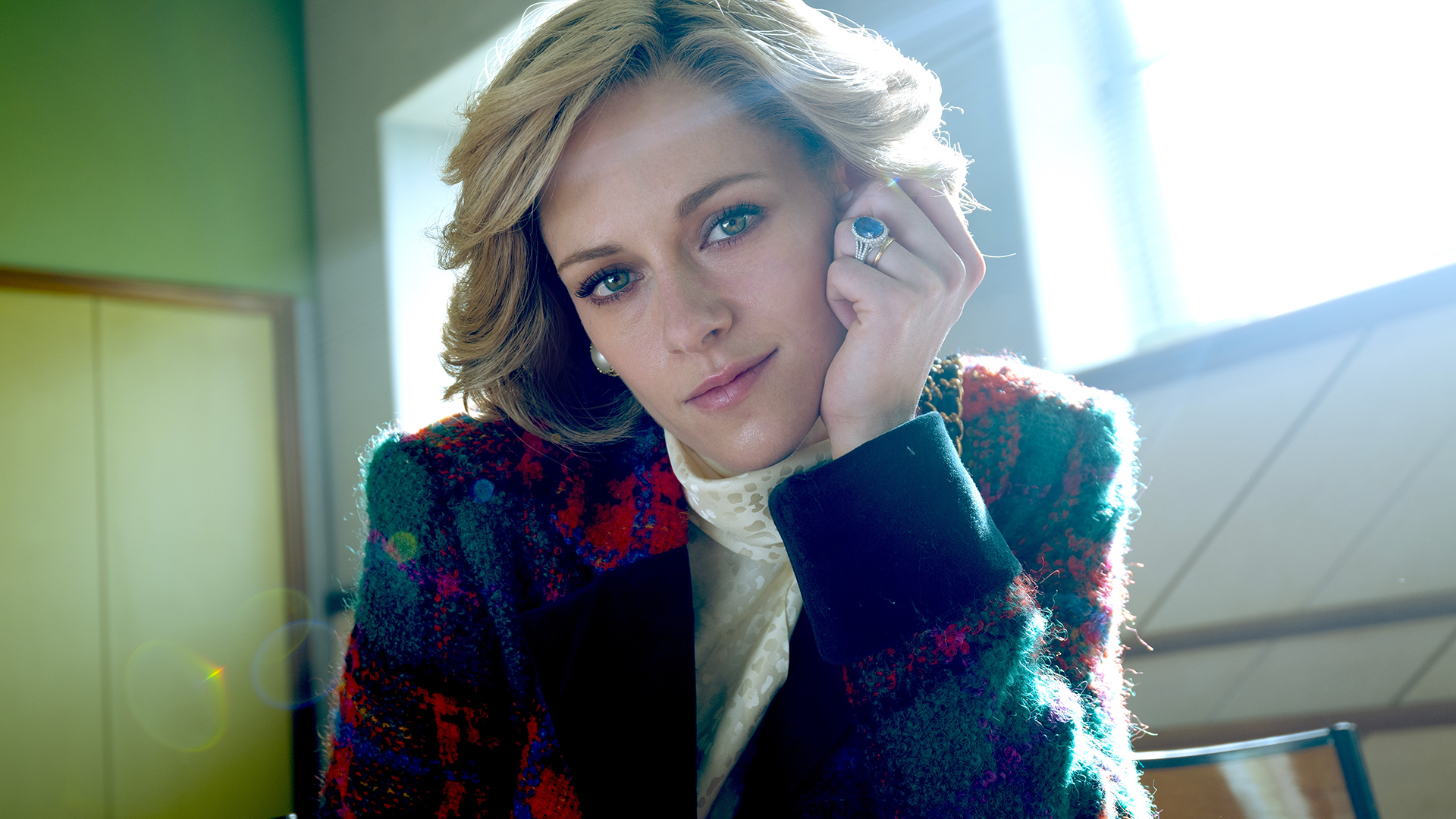 Rather than recount Diana’s most famous moments – mercifully, the film does not build to that awful event in the Paris tunnel – or claim to tell the real story behind the myth, Pablo Larraín’s Spencer is, as the title card explains, a ‘fable from a true tragedy’. It is set over a three-day Christmas break at the Queen’s Sandringham House in 1991, with Diana and Charles’ marriage barely hanging on by a thread. Charles is, in many respects, just as unhappy as Diana, but has resigned himself to a life without fulfilment (‘You have to learn to do things you hate,’ he says, ‘For the good of the country’). He is also far crueler than she, giving his wife and mistress Camilla identical sets of pearls as a Christmas present, and mocking Diana’s bulimia when she eats one of the many elaborate festive feasts. Not long after the events of Spencer the ‘Camilla tapes’ were released, a leaked recording that revealed Charles’ long-term affair with his now wife Camilla Parker Bowles, and Charles and Diana would officially separate. 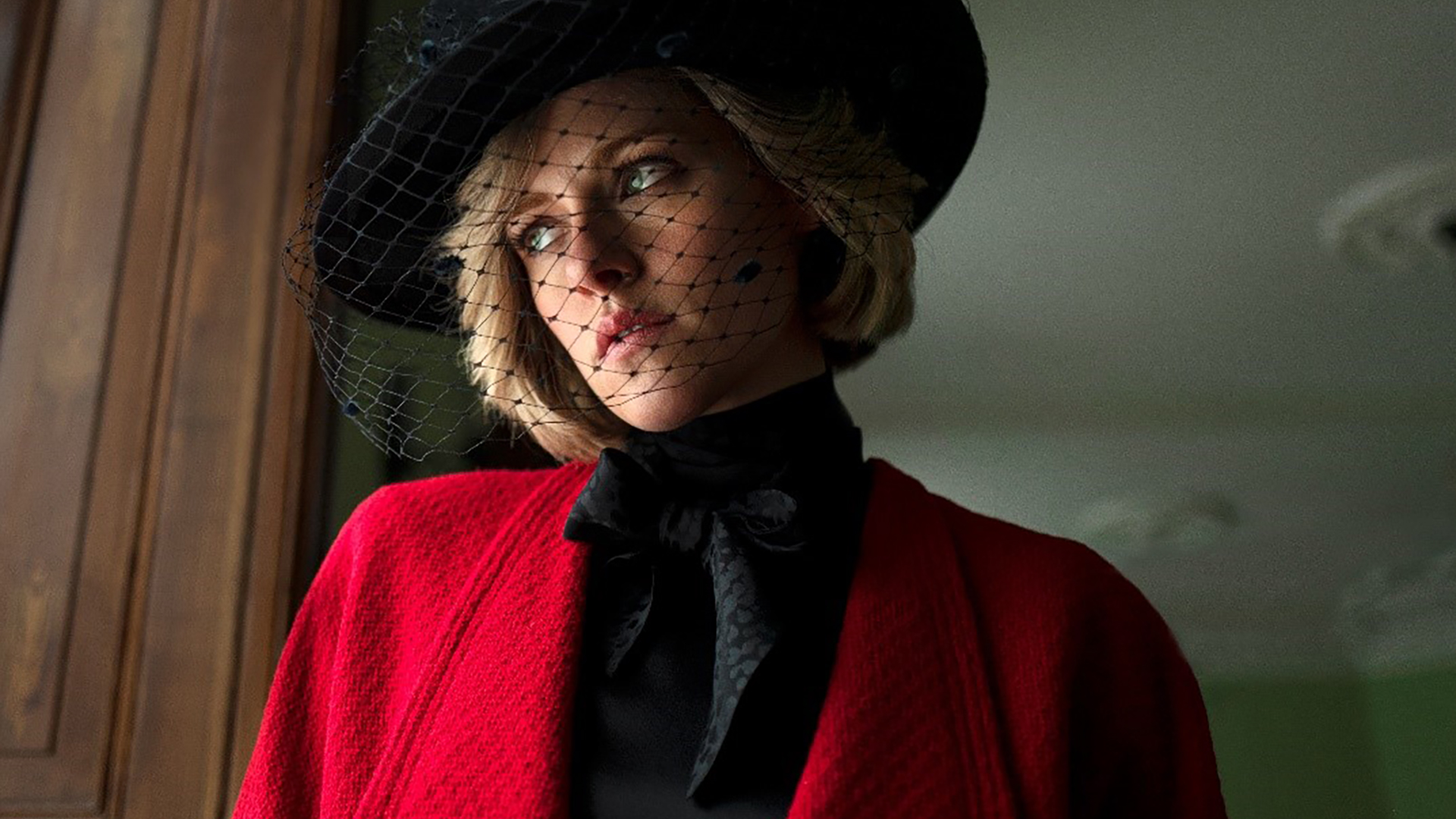 While the film doesn’t come close to depicting it, Diana’s death is felt in every frame. The weight of it surrounds her, renders each shot all the more macabre. It hangs over her as an escapable tragedy she seems to foresee – and inadvertently makes choices to guarantee. Unlike previous Diana movies and TV shows, Spencer hints at the tragic death of a real, human woman, not a symbol or tabloid fodder. It’s a fool’s errand to try to understand someone by deifying them, chronologically combing through their life, cherry-picking the most significant events and patchworking them together into a greatest-hits reel. That traditional-biopic approach can create distance from the subject’s personal conflicts, which are often separate from what generated headlines. Larraín, by contrast, doesn’t revisit what Diana accomplished; instead, he traps her within this macabre estate for three days, brings her to her breaking point within the confines of stifling grandeur and exemplifies both her suffering and her strength. She escapes not only the loveless marriage with Charles but a larger institution that is indifferent to her pain. 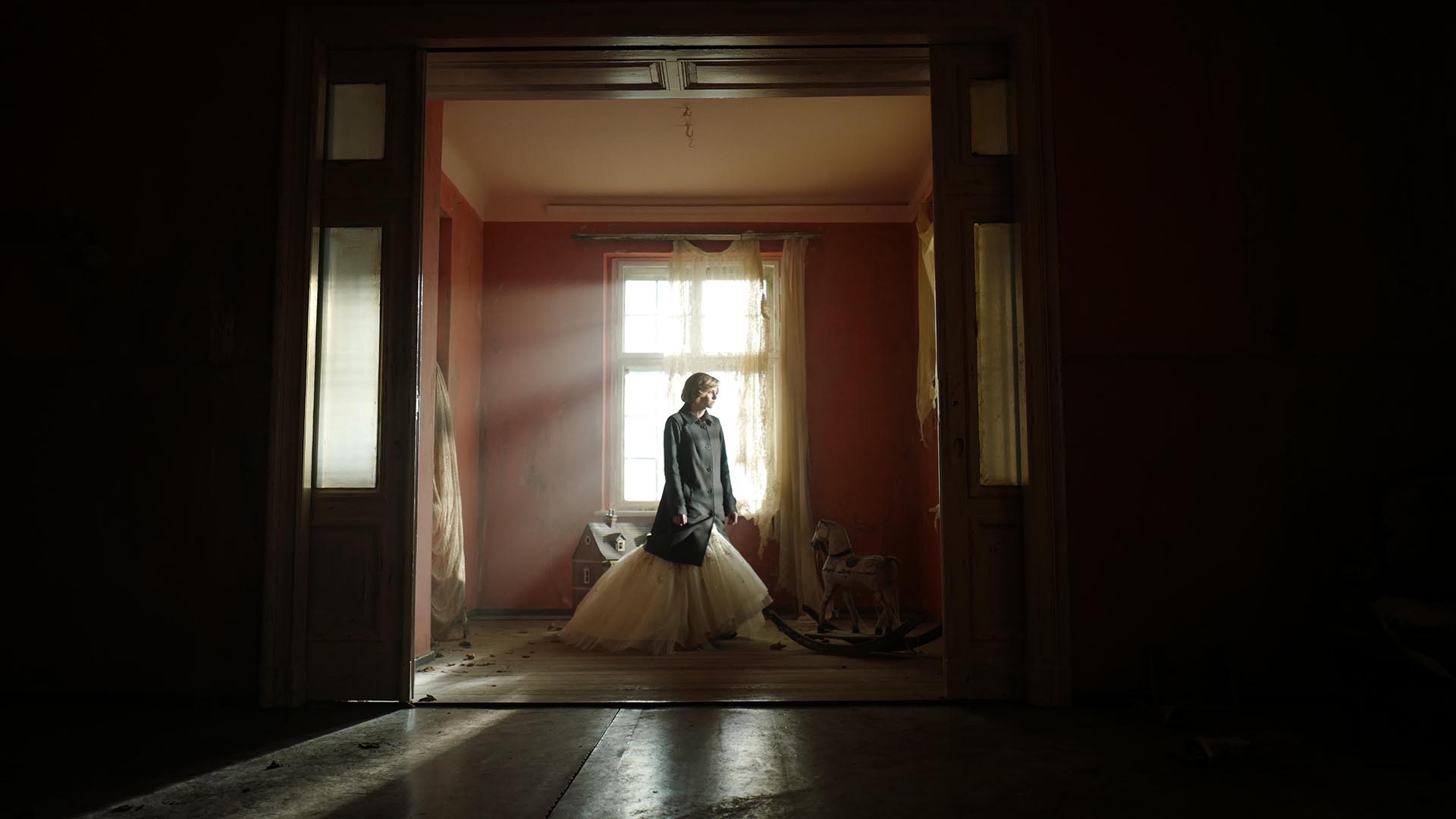 That institution’s architecture is just as cold as its practices and the eerie Sandringham estate plays like The Shining’s Overlook Hotel, haunted by the spirits of beheaded queens and miserable marriages. The Royals themselves are cold and distant, acting as a sinister monolith, raising their spoons in unison as they sup on thick green soup. Diana sneaks away from this dinner with her sons, entering a warm candlelit cocoon to play silly games with her little ‘soldiers’. Although Diana’s family life, even before marrying into the monarchy, was an extremely privileged one, it was not warped by the cold formality she would experience from the Windsors. The protocols of British royalty –  from the order in which people arrive at Christmas dinners to the clothes a dresser puts you in, and the amount you are permitted to open the curtains – are strictly dictated. They leave Diana, only a few miles away from the palatial home she was raised in, stuck in an uncanny, alien world filled with icy hostility. 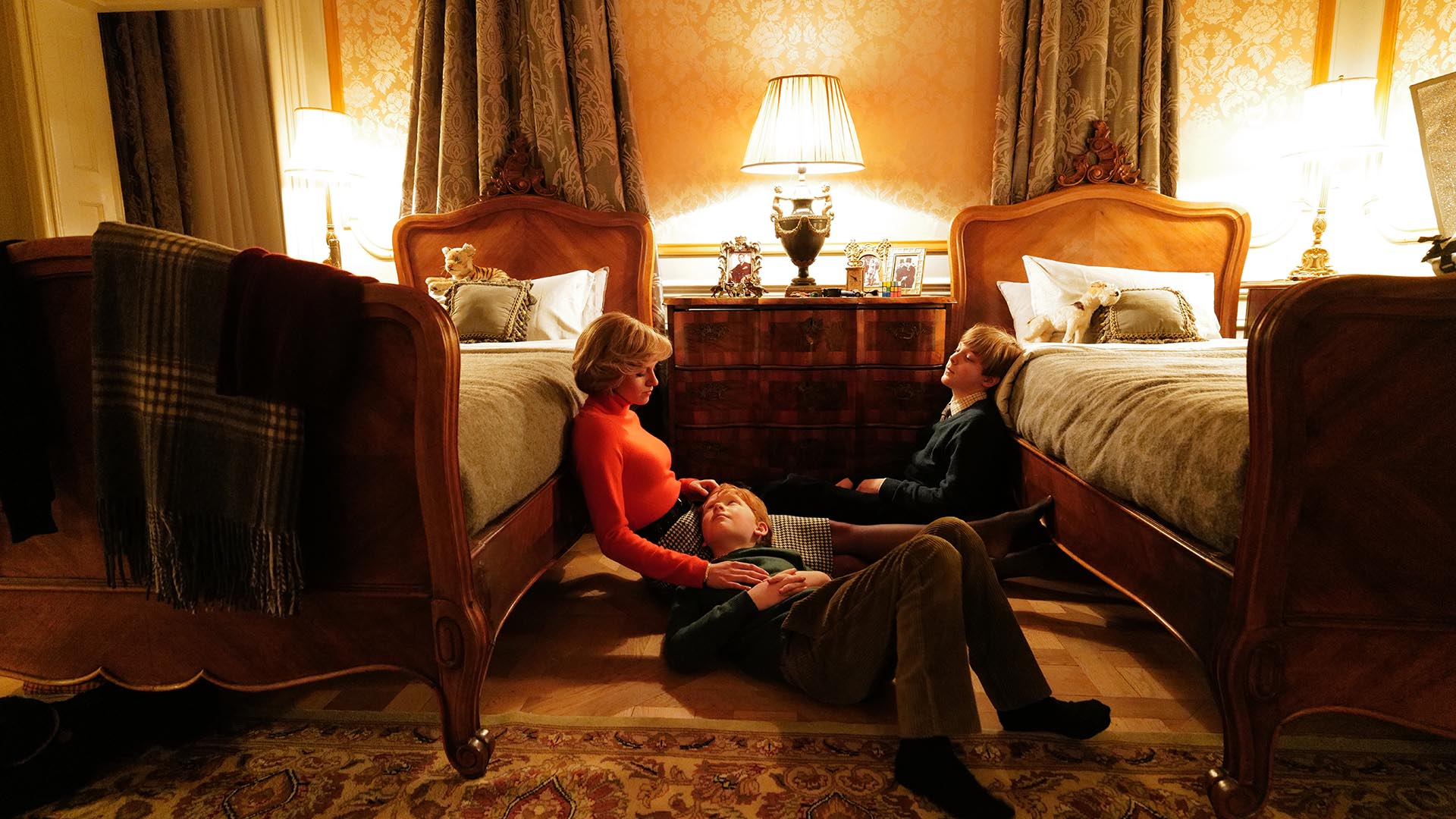 As the weekend continues, the walls close in on Diana and her sanity begins to fray. Trapped within this place, with these people, she cannot see a future. The film’s truest tragedy is the two choices it leaves her with: stay and live in a waking nightmare with no personal agency, bound to traditions that stifle to the point of suffocation, or leave, as she did, and walk slowly towards her death, pursued by the photographers who wanted to sell just one more piece of her.

SPENCER IS OUT NOW IN CINEMAS