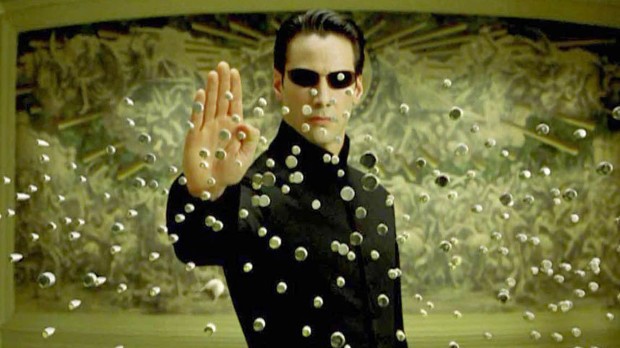 Mind-bending films take you for a cinematic ride through non-linear plotlines and unconventional storytelling. Often surreal and with thought-provoking content, the compelling genre lends itself well to independent arthouse visions. Directors such as David Lynch, Stanley Kubrick and Darren Aronofsky spring to mind when thinking about off-the-wall movies that are left open to interpretation.

Time and time again, cinema has proved a great way to expand – or, rather, bend – your mind. Let’s delve into a list of the 25 best mind-bending movies of all time.

The highly anticipated sequel to The Matrix Revolutions (2003), The Matrix Resurrections will be released theatrically on 22 December. Set 20 years after the events of the previous trilogy, it follows the seemingly ordinary life of Neo, now known once again as Thomas A. Anderson. When Morpheus offers him the red pill, however, his mind is reintroduced to the world of the Matrix.

In this, the fourth instalment of the franchise, Keanu Reeves, Carrie-Anne Moss, and Jada Pinkett Smith all reprise their roles as Neo, Trinity and Niobe respectively. The cast is also joined by Yahya Abdul-Mateen II (Candyman, 2021) in the role of Morpheus. The part was previously played by Laurence Fishburne.

A Murakami adaptation, Takashi Miike’s Audition tells the story of a widower who is persuaded by his son to find a new bride. He sets up an interview process to select a wife, grows close to one of the prospective spouses, then discovers she has a dark and tainted past. The film has proved influential in the horror world, with American director Eli Roth citing it as a source of inspiration in his work.

The Green Prince is a documentary directed by Nadav Schirman. It is based on the autobiography of Mosab Hassan Yousef, in which he recounts his decade-long stint as a spy for Israel’s Shin Bet.

With compelling, if harrowing, content, the film was extremely well received by critics and audiences, winning the Best Documentary Award at the Sundance Film Festival in 2014.

From director Mickey Reece, Climate Of The Hunter is a celebrated ode to 70s horror. The plot follows sisters Elizabeth and Alma who compete for the affections of their friend Wesley while gradually discovering that he’s acquired a thirst for blood. If you like your vampire movies a little off-kilter, then this is well worth a watch.

Never one to shy away from controversy and adult themes, the enfant terrible Gasper Noé continued to shock with his 2018 film Climax. Set in 1996, the story follows a group of French dancers who host a rehearsal session in an abandoned school. After practice, they decide to unwind with a few drinks, however, the night takes an unexpected turn when it’s discovered that their drinks have been spiked with LSD. While the second half of the film plays out like a hallucinatory nightmarish frenzy, the eeriest thing about it is that it’s based on a true story the director discovered in a 1990s newspaper. The film premiered at the 2018 Cannes Film Festival, where it won the Art Cinema Award.

Written and directed by Stranger Things creators the Duffer Brothers, Hidden is a psychological thriller set in an apocalyptic future. When a virus outbreak causes a family to flee to an underground location, they discover their every move is being watched. The film stars Alexander Skarsgård and Andrea Riseborough, who deliver solid performances as parents in desperate circumstances.

The sci-fi thriller Synchronic sees Anthony Mackie and Jamie Dornan play paramedics who are called on to investigate a series of mysterious deaths, and their link to a new artificial drug.

In this avant-garde documentary, audiences view a multimedia examination of the simulation hypothesis. That is, the idea that we do not really live in the world as we perceive it. If you’ve ever watched The Matrix and found yourself convinced of its premise being a possibility, A Glitch In The Matrix is definitely for you.

Those who find stage-to-screen adaptations stiff and limiting should seek out The Father, Florian Zeller’s compelling Oscar-winner that gives viewers a first-hand look into the horrors of dementia. Anthony Hopkins is the titular octogenarian father to Olivia Colman, and his deteriorating mental state worsens throughout the movie. The subtly shifting production design and changing actors wrongfoot the audience and force us to experience Hopkins’ disorientation alongside him.

In Ricky, François Ozon explores the bizarre scenario of a young working-class couple in Paris who discover their newborn has wings. The incongruous supernatural plot questions the miraculous nature of love and conception.

Black Moon is a César Award-winning experimental fantasy horror directed by Louis Malle. The plot follows a gender war that forces a young girl to flee, finding herself cohabitating with an old woman and a unicorn.

In her feature directorial debut, Rose Glass tackles psychological horror in Saint Maud. The storyline follows the hospice nurse Maud (Morfydd Clark) who, due to her recent conversion to Catholicism, becomes fixated on a former dancer in the hospice and sets out to save her soul.

Based on the short stories both titled Barn Burning by Haruki Murakami and William Faulkner, the South Korean thriller Burning tells the story of two individuals who meet a mysterious, charismatic man (Steven Yeun) whose secret hobby risks putting them all in serious danger.

The first film directed by Lee Chang-dong after an eight-year hiatus, the film premiered at the 2018 Cannes Film Festival, where it competed for the Palme d’Or.

Jonathan Glazer’s Under The Skin stars Scarlett Johansson as an extraterrestrial who sets out to seduce lone men in Scotland.

A veritable Noughties cult classic, Donnie Darko introduces Jake Gyllenhaal as the sulking, teenage titular character who narrowly escapes a strange accident and begins having hallucinations of a rabbit figure who tells him the world will come to an end in 28 days.

Oldboy is a South Korean neo-noir thriller that traces the imprisonment and release of a detestable drunk, Oh Dae-Su. The film is the second in director Park Chan-wook’s Vengeance Trilogy and has a third-act twist that will make your jaw drop.

After 2006’s The Departed, Martin Scorsese reteamed with Leonardo DiCaprio for Shutter Island, a spine-tingling neo-noir thriller. Alongside his partner Mark Ruffalo, DiCaprio plays a deputy marshal called on to investigate a remote psychiatric hospital following the disappearance of a patient. The film proved hugely popular with both audiences and critics and was picked by the National Board of Review as one of the top 10 films of 2010.

When it comes to top mind-bending movies, Christopher Nolan’s Academy Award-winning Inception usually tops the list. Leonardo DiCaprio portrays a professional crook hired to steal information by accessing his target’s dream subconscious. When he’s offered a job to do the opposite, to plant information in a target’s mind, things get complicated.

Another Christopher Nolan film, Memento is a mystery thriller based on a short story written by his brother Jonathan. Guy Pearce plays a man suffering from anterograde amnesia, meaning he loses his memory every 15 minutes. However, his memory loss doesn’t deter him from finding the people responsible for the death of his wife, tattooing his skin with mementoes to keep on track in his search.

Before the 2021 Denis Villeneuve adaptation of Dune, the epic sci-fi novel by Frank Herbert, David Lynch released his own version. The 1984 Dune chronicles the discord between rival noble families in the far future as they compete for domination over the desert planet Arrakis. The film has received something of a cult status since its release, but it was very poorly received at the time. Even Lynch renounces the movie, saying he didn’t have much creative control over the project and was pushed into making decisions he wasn’t happy with in production. In fact, several of the film cuts don’t even have Lynch’s name in the credits.

Directed by David Fincher and starring Brad Pitt, Edward Norton, and Helena Bonham Carter, Fight Club follows a white-collar worker who forms a fight club with a salesman (Pitt) and becomes ensnared in a relationship with a poverty-stricken woman (Bonham Carter).

The Matrix is a cyberpunk science-fiction film written and directed by the Wachowskis. In the first of the film franchise, a dystopian world is introduced whereby humans are confined to a simulated reality. Keanu Reeves, Laurence Fishburne and Carrie-Anne Moss star as freed individuals carrying out a rebellion to free humanity. The film won four Academy Awards and spawned three sequels.

Vanilla Sky is an English-language adaptation of Alejandro Amenàbar’s 1997 Spanish film Open Your Eyes (Abre Los Ojos). Written and directed by Cameron Crowe, the sci-fi thriller focuses on Tom Cruise’s character as a car accident causes him to question the reality of his life. Penélope Cruz and Cameron Diaz also star, with the former reprising the role she had in the original Spanish version.

Pan’s Labyrinth is a dark fantasy from Guillermo del Toro. The film is set in 1944, five years on from the Spanish Civil War, and centres on Ofelia, the daughter of a callous army officer, as she escapes into a mythical world of a labyrinth and befriends a mysterious faun creature.