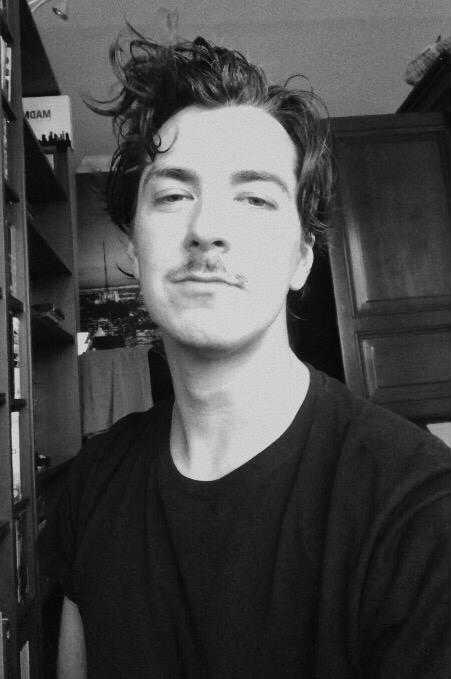 Described by director Lukas Dhont as his “active muse,” Nora Monsecour is the professional dancer whose life inspired the film, Girl. Ed Frost spoke to Monsecour about the film, and her lifelong passion for dance.

I always like to say that the essence of the film is very similar to mine; it’s about a transgender girl trying to become a ballerina.

How did you know you wanted to become a dancer?

This goes way back to when I was four years old. I started to go to ballet summer camps which I really liked, and from then on I continued dancing more as a kid, once or twice a week. When I got to around eight years old my ballet teacher apparently saw something in me and recommended that I auditioned for this ballet school. I got in, and from then on I haven’t stopped dancing at a professional level. It was something that was in me my whole life, and the passion and love for it grew the more I did it.

Do you remember the first ballet you ever watched and where?

I think it was a production of ‘Swan Lake’, in Belgium. I don’t remember what age I was, but I remember watching it with my mother.

What was it about dance that appealed to you? Were they any specific dancers that inspired you or shows you enjoyed watching?

What’s interesting about productions like ‘Swan Lake’ is that they are continually being revisited and adapted in different variations for new audiences. Do you continue to keep up to date with modern interpretations of these shows?

I haven’t seen it live, but when Akram Khan did a modern version of ‘Giselle’, or when Pina Bauch did her version of ‘The Rite of Spring’, I think it’s so fascinating when these classical ballets get a completely different approach or direction, because contemporary choreographers give their own spin on them. So I am very interested, and always try and update myself with these performances when I can.

There have and continue to be so many cinematic interpretations of dance and its different forms, from The Red Shoes to Billy Elliot, Black Swan to Suspiria. As an audience member do you watch these films and enjoy them, or do you find that they don’t quite get the intricacies of the dance world being a member of it?

Billy Elliot is my absolute favourite, because I watched it when I was at a similar age to the main character in the movie, and I just thought there was such an honesty and powerful message related to dance and identity, which I think is great. It’s also hard with some movies to include ballet, for instance, when they’re working with an actor who isn’t a trained dancer. There’s a lot of trickiness in there. Black Swan, for example, did a beautiful job with showing different sides of both a dancer and the dance environment. 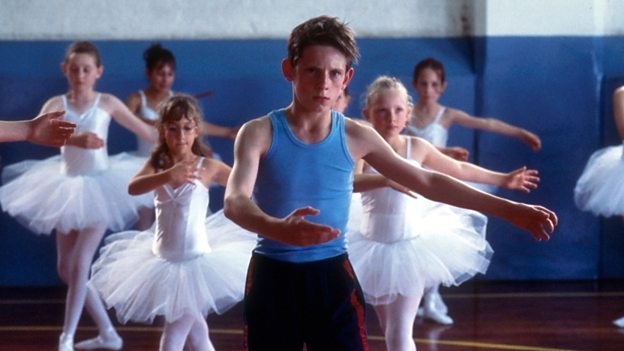 It’s tricky, because you can also fall into cliche very quickly, but there are some movies that have done a great job, and I really enjoy it when they come together and pay respect to the whole area of dance.

What’s a recent film that you’ve really enjoyed, and why?

I recently saw Bohemian Rhapsody, which is my favourite film at the moment because there’s such a style in the way it portrays this iconic figure who has his own identity and isn’t sorry for who he is and how he portrays himself. To me that was very refreshing to see not just as a performer myself but as a person. I really fell in love with it!

Watching Girl, one gets a real sense of the physicality of ballet and the toll it takes on Lara’s body. How important was it for you and Lukas to accurately convey this kind of physicality?

It was very important, especially because I’m a dancer myself—I wouldn’t have wanted for the dancing in the film to be presented at an inadequate level. Equally important is how the film is so physically based on the body of Lara and her persona, which we really had to make sure was believable and authentic. I’m so happy that it turned out in such a beautiful way, and for me all the movies I watched as a kid really influenced these decisions.

There are so many scenes of Lara practising and performing ballet in the film. How involved were you during production? Were you a consultant or were you there on set, helping and advising?

Dance-wise it was more early stages in terms of the conversations I had with Lukas; he would ask what kind of stretches I would do to warm up, how pointe shoes worked, things like that. I remember when we were working on the early stages of the script, he asked me to write out a ballet exercise, but then of course we took Sidi Larbi Cherkaoui on board, who is an amazing choreographer who really took it to another level and meant I didn’t need to step in all that much!

Although Victor is himself a trained dancer, did you work closely with him as he prepared to play the role of Lara?

We had many conversations about my story and about what happened to me and what I wanted him to portray, but I also wanted to give him the freedom to play Lara as he interpreted her. So we had a good connection from the start, and always hung out whenever I was on set. I just wanted to assure him that I was very happy with him as an actor and dancer, and give him as much comfort and support as I could.

The film is incredibly autobiographical and explores intimate areas of your life and history. Would you say it’s very accurate in how it conveys the sacrifices and physical toll it took on you at that age to realise your dreams of becoming a dancer?

Yes. I always like to say that the essence of the film is very similar to mine; it’s about a transgender girl trying to become a ballerina. But then of course it’s still a film with some fictional moments in there. The particular area covering the sacrifices, tears and blood is very accurate and beautiful for me to see on screen. It was like looking in a mirror at certain moments, especially the more intimate moments of her taking off her pointe shoes or the focus and dedication written on her face and in her eyes during her practice rehearsals. I can relate to that so much, so I can really recognise myself in that.

What messages do you want audiences watching the film who are themselves learning to become trained dancers to take away from this story?

To never give up. It sounds very cliche, but there were so many people in my life who didn’t believe I could do it, except myself, and I just kept believing. If you have a dream and you believe that you can do it then you just have to go for it and believe that you have a path and that you will end up at your destination as long as you have love and passion for what you’re doing. 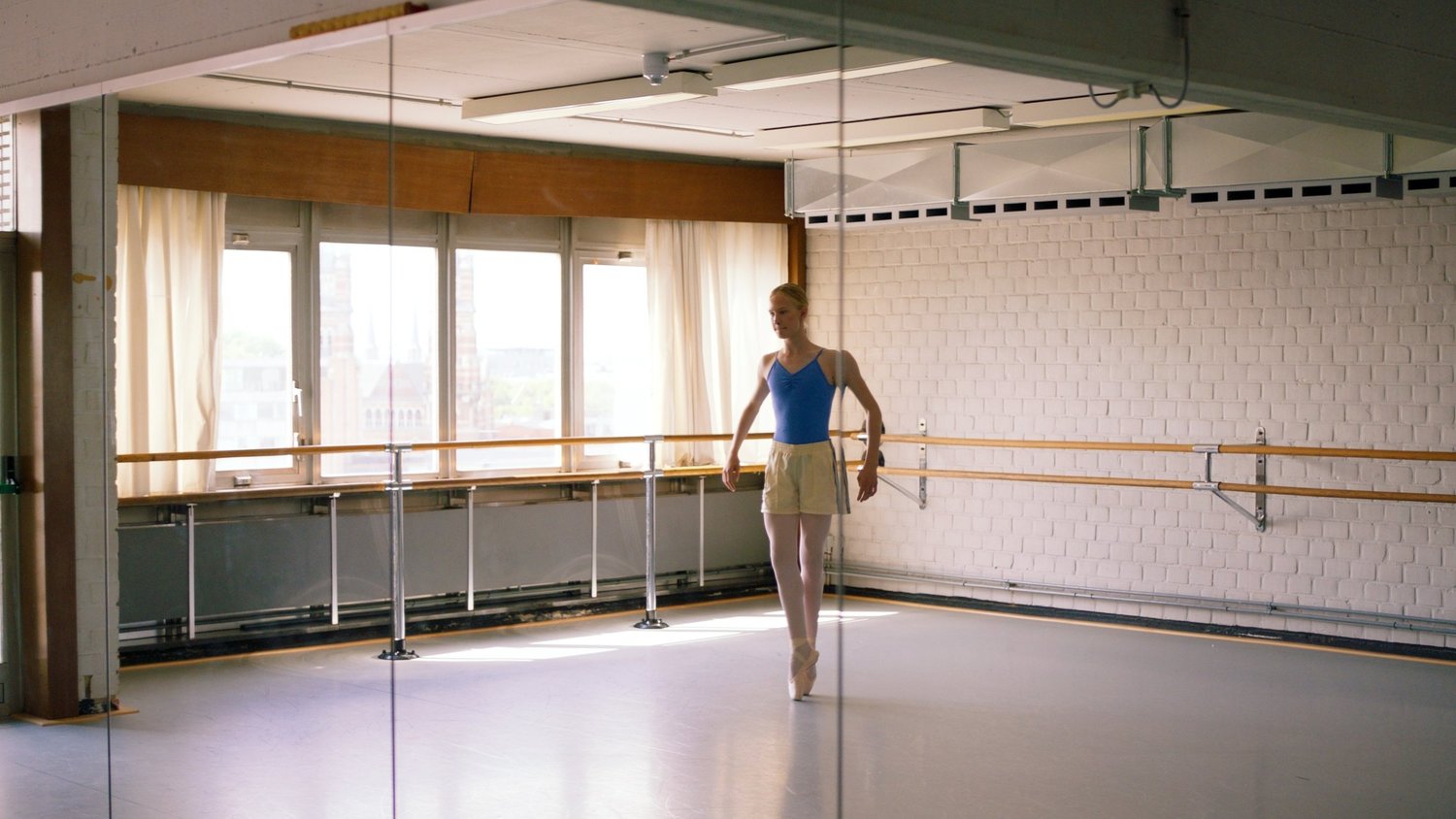