Sophie Monks Kaufman explores Lynne Ramsay’s ever shifting films, in which dreams are countered with nightmares, life with death, cruelty with grace.

Lynne Ramsay sculpts the logic of dreams, connecting seemingly disparate images by creating hypnotic moods. Rather than dialogue, it is images, sound design and the encroaching emotional sweep of a story that draw viewers in. We Need to Talk About Kevin (2011) starts with an actual dream as Eva (Tilda Swinton) sees herself splattered with red tomatoes at the Spanish festival La Tomatina. The colour is a portent of what flows through her waking life, for she is the mother of the film’s titular school shooter, living as a pariah. On going outside, she sees that her house and car have been vandalised with red paint by one of the many people who see her as tainted by Kevin’s bloodshed. 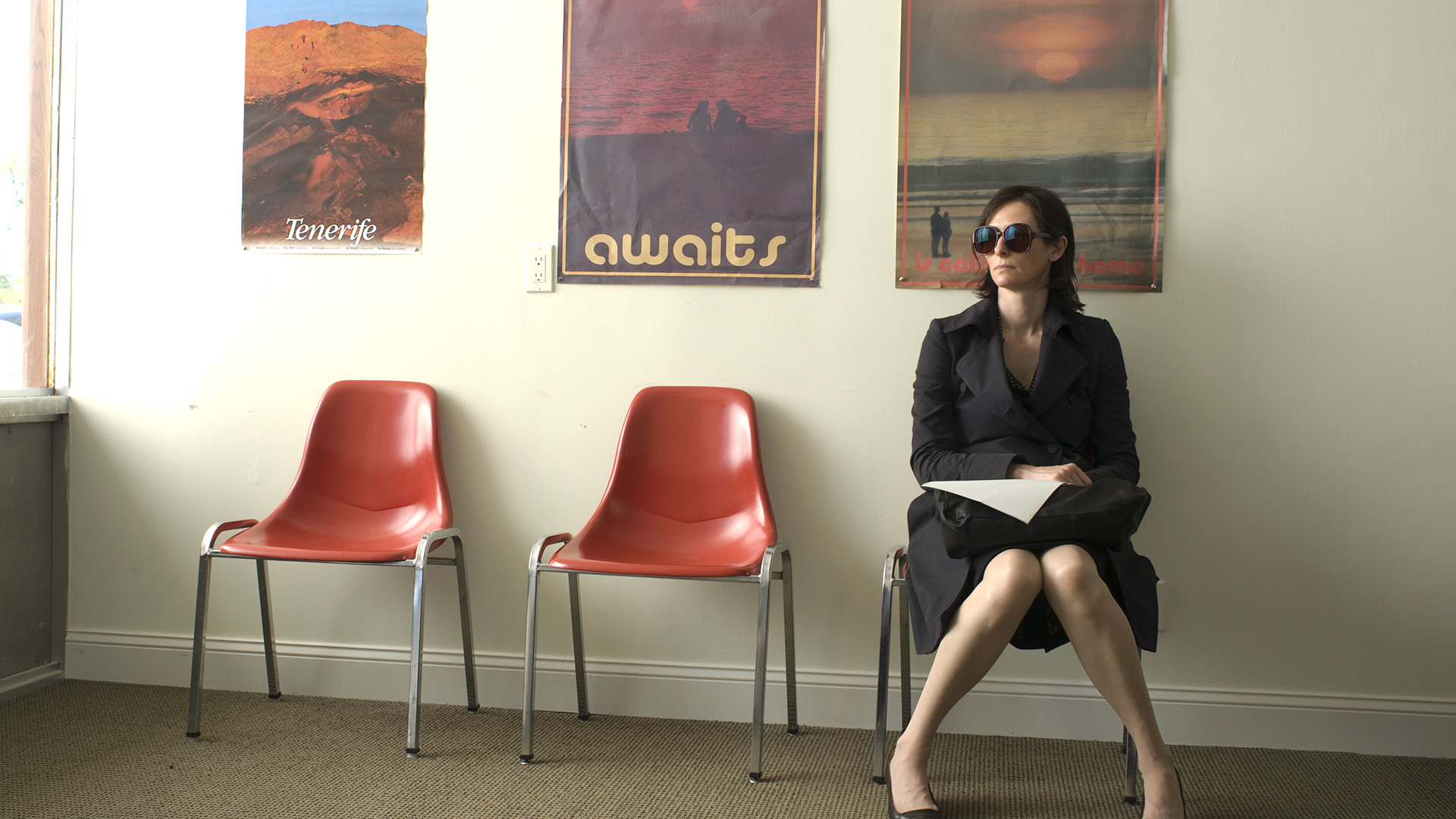 Death works as a prelude in Ramsay’s four feature films: a boy drowns in a canal in Ratcatcher (1999), Morvern (Samantha Morton’s) boyfriend takes his life in Morvern Callar (2002), Kevin (Ezra Miller) slaughters his classmates and Joe (Joaquin Phoenix) kills with a hammer when rescuing underage girls from a brothel in You Were Never Really Here (2018). Although these incidents establish a sombre tone from the outset, Ramsay is an elliptical filmmaker who sets scenes by focusing on striking details – the Christmas lights winking on and off as Morvern’s boyfriend lies dead on the floor – rather than by gawping at death in its full-frontal monstrosity. She draws a veil over the moment the little boy stops breathing in Ratcatcher and does not show us Kevin’s school shooting, lending a certain grace to victims of tragedy.

To say that Kevin’s crimes are a prelude is true or not depending on which of the dual timelines is our focus. Ramsay cuts between the present and the past with a finesse as deliberate as Kevin’s marksmanship. When Eva The Pariah dunks her head into a bowl of water, it is Kevin who raises his head up from a different bowl in a different house, at a previous time. Their shared features – pale skin, dark hair – plainly present the question that haunts Eva: how much of her is in him? Sound bleeds across these two timelines, further plunging us into Eva’s mind as she searches her memory to make sense of what he did. 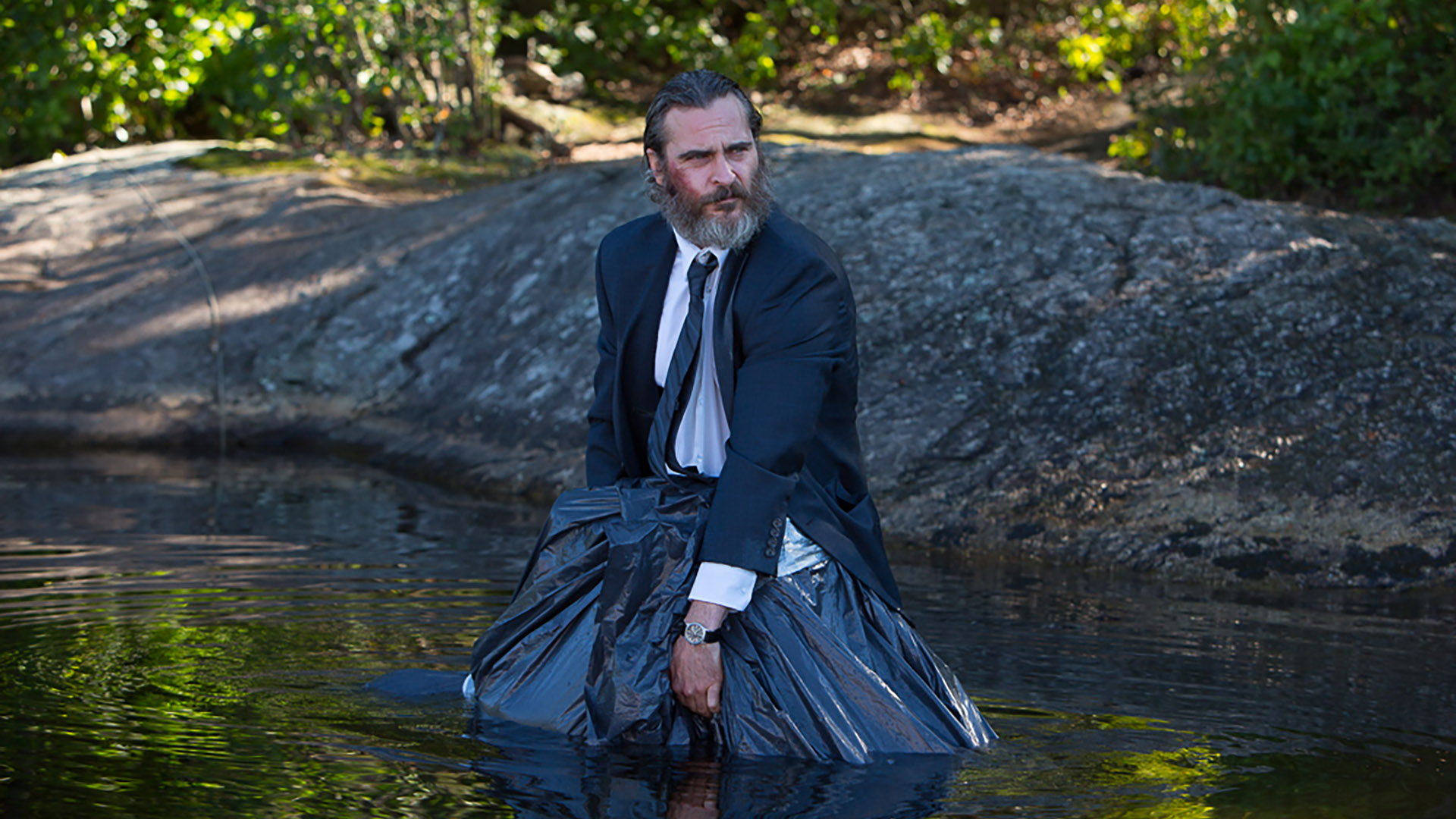 Water flows as liberally as blood through those four features. The canal remains a source of fascination to the local working-class children in Ratcatcher, who still congregate on its banks after the drowning, as if tempting fate to do its worst. After his mother dies in You Were Never, one of God's lonely men, Joe, takes her body out to a lake for a private wake, hoping and wanting the scene to wash away his unbearable sense of loss. Ramsay’s camera films the beauty of the surrounding trees and the dancing natural light. The emotion of her cinema stems from her consistent ability to visually express contrasts. At the depths of a character’s personal despair, the watching camera can see their human glory as they stoically participate in the ceremony of living. 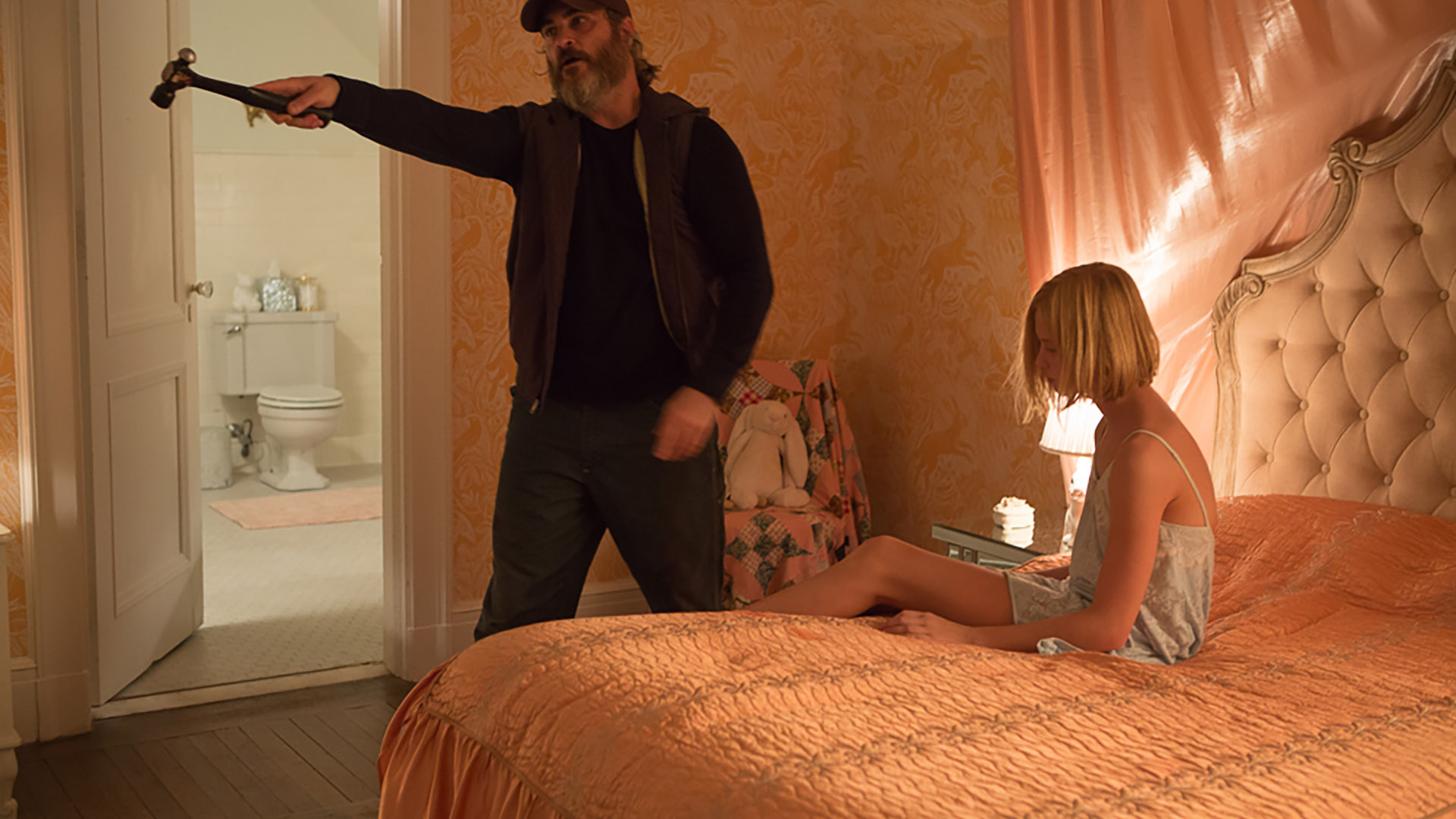 Joe’s quandary is that he’s tempted by dying, and has a habit of nearly suffocating himself by placing his head inside a plastic bag. When he emerges, the gasps are comparable to those of Eva, removing her head from a bowl of water. Not today, Satan. But the price of life is to remember the past in all its traumatic detail. Eva’s stems from her son; Joe’s from his dad. ‘Man hands on misery to man,’ wrote Philip Larkin in his poem ‘This Be The Verse’, best known by the opening line, ‘They fuck you up, your mum and dad.’ The power to fuck up also flows the other way in Ramsay films: in the worst-case scenario of Kevin, but also in the throwaway mistake of Ratcatcher’s James (William Eadie), who opens the frontdoor to council inspectors at an unflattering moment, kiboshing his family’s dreams of relocation to a better house. 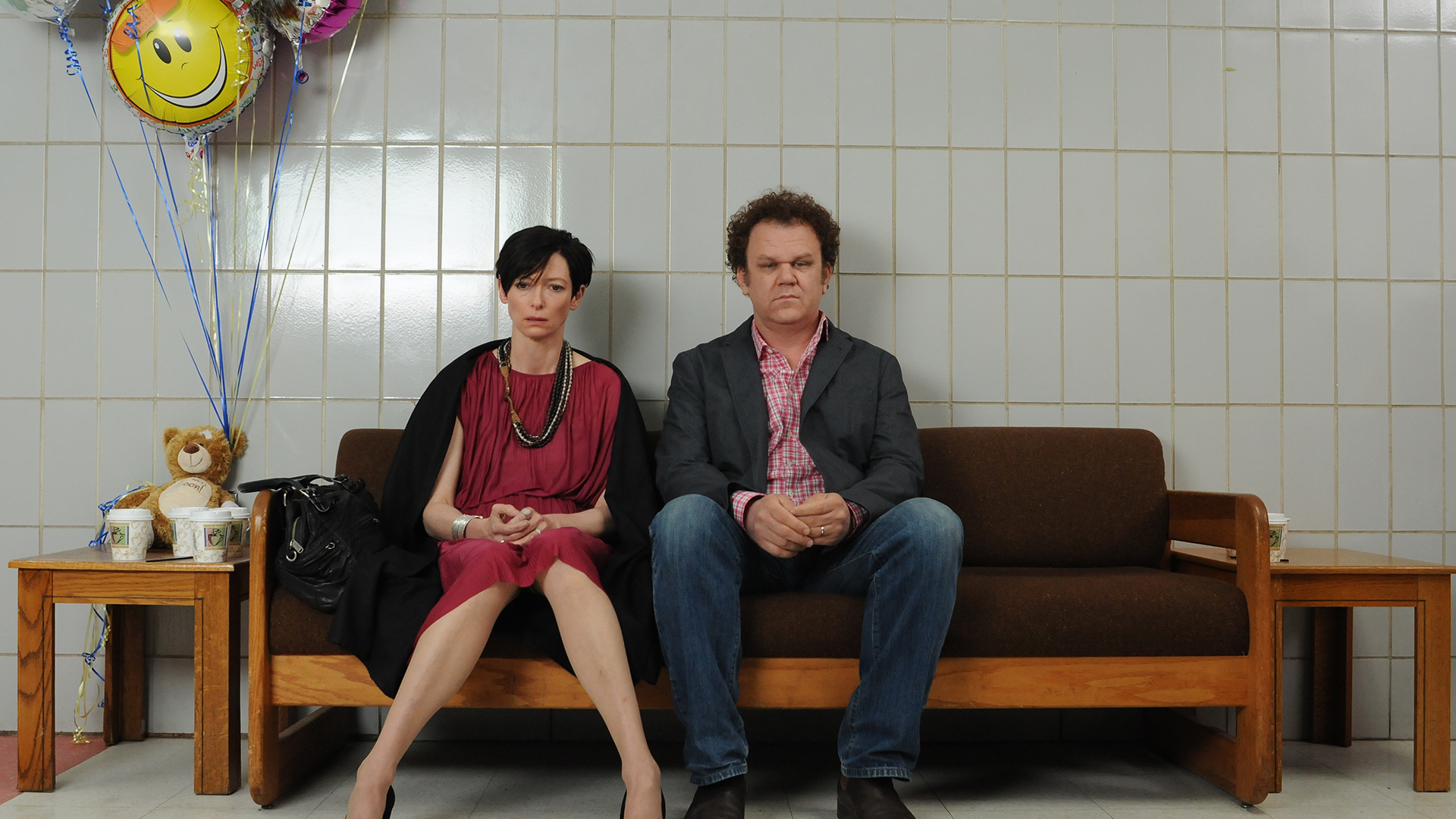 For all that Ramsay camps out in brutal terrain, she is not interested in bombastically bleak portraits that depict life as a thankless exercise in suffering. Events seem to be sliding in that direction and then she noses out intimacies so tender that they fill your heart to total capacity. Even in Kevin, the most dark and dread-filled film of the bunch, there is a moment at the end between Eva and her son that hints at a possible way forward. Sometimes a newfound liberation blossoms out of catastrophe. Morvern’s boyfriend slits his throat leaving behind a novel that becomes her passport to a life beyond her minimum-wage job. The relationship between Joe and a girl he rescues from a brothel gives him something to focus on beyond the dull thud of past pain. The central family in Ratcatcher bicker relentlessly while performing acts of everyday care. They want change, but we see what they already have.

What makes Lynne Ramsay one of our greatest filmmakers is she never settles on one perspective. Life is quicksilver; pleasure and pain; cruelty and grace; dreams and nightmares. Most of us have imaginations that run to this scope. Most of us have no clue how to make sense of them. She does.