Sisters with Transistors, the new documentary by director Lisa Rovner, is about the untold history of the pioneering women of electronic music over the course of the twentieth century. The film picks out the politics and aesthetics that unite a diverse cast of musicians who composed electronic music for everything from radio & television dramatic sound (Delia Derbyshire of the BBC Radiophonic Workshop), to film soundtracks (Bebe Barron's Forbidden Planet), to commercial music (Suzanne Ciani's pop and pour sound for Coca-Cola) and the avant-garde (Éliane Radigue, Laurie Spiegel and Pauline Oliveros).

To get you in the mood for the movie, listen to our curated playlist to listen to whilst you read up on the fascinating history of the music! (PS: We also think it's the perfect mood-enhancing backdrop to working from home.)

Listen on Spotify Stream the film

The central political argument is fascinating and provocative, the idea that these artists' work was explicitly feminist: the manipulation of natural sounds on tape, or abstract electronic sound created by machines and, later, synthesisers, provided for the musicians in this film a technical means to bypass and oppose traditional, male-dominated music. The film has style, warmth and humour, and by the end of it, you too will want to take on the world, armed with a reel-to-reel tape recorder and a modular synthesiser.

Clara Rockmore represents the earliest pioneer featured in Rovner's film and her rendition of George Gershwin's 'Summertime' opens the mix. Rockmore was the leading player of the theremin, an electronic instrument developed over 100 years ago which requires an extraordinary amount of physical control to play with any grace. The performer does not touch the theremin, rather the instrument senses the proximity of the performer's hands to its two metal antennae to generate the pitch and loudness of its ghostly sound. Rockmore, along with the other artists in the documentary, literally conjured music out of thin air. 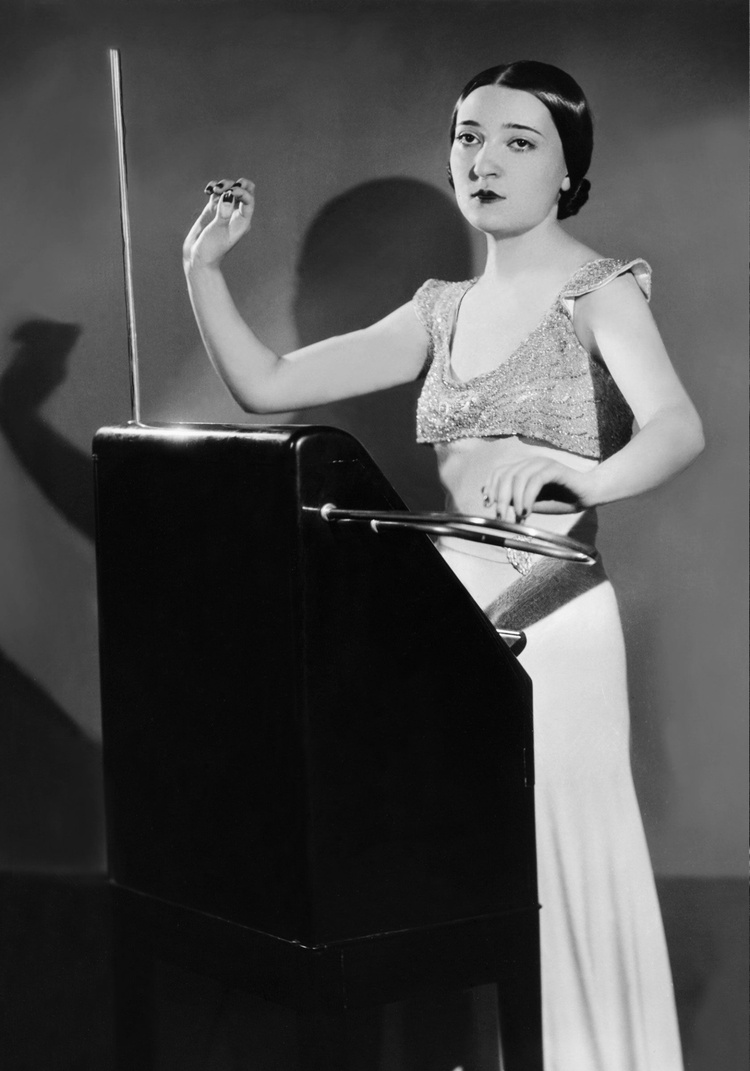 The dominant voices of Sisters with Transistors are those of the artists themselves. The narration is taken from meticulously researched interviews with each of its protagonists to show the clear alignments between their standpoints. The esoteric experiments of electronic music really become inspiring when they are given an earthy origin. The film brings together commentary from the childhoods of Delia Derbyshire and Pauline Oliveros of the moments in which they each became fascinated by pure, abstract sound. Derbyshire experienced this growing up in Coventry hearing air raid sirens during the Blitz, and Oliveros in her parents' car listening to the whirls and swoops to be found on the shortwave band between radio stations. Pure abstract sound, of which the listener does not know the source, is a mystery that Rovner tantalisingly explores, particularly in the words of Oliveros. 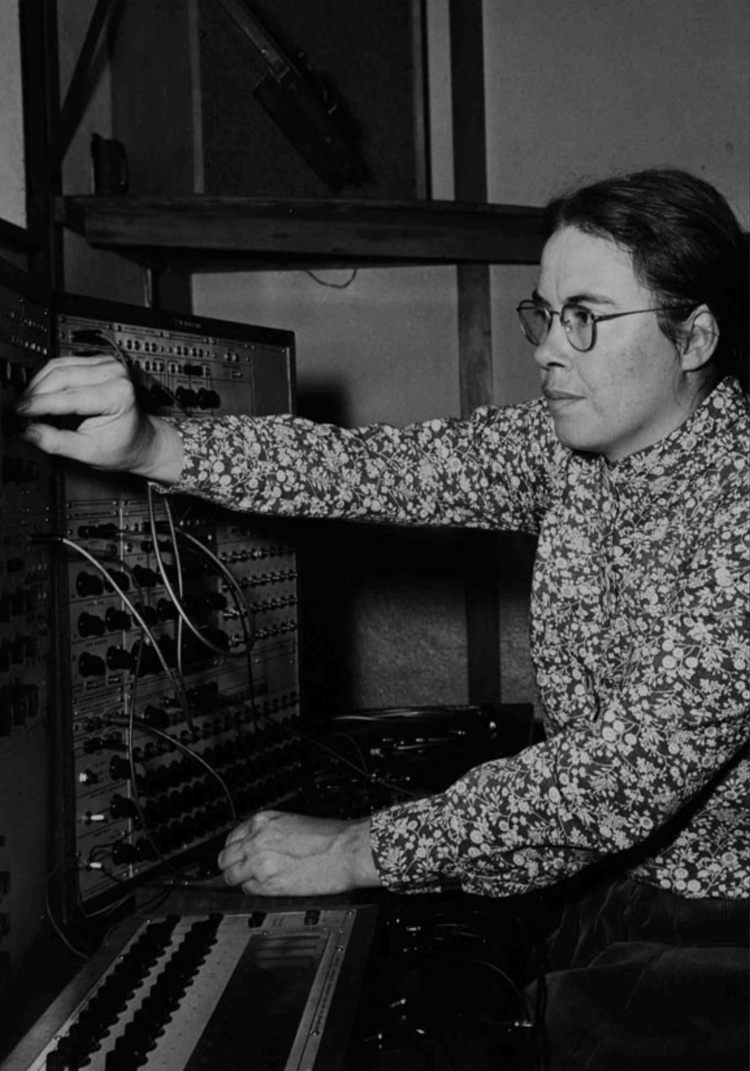 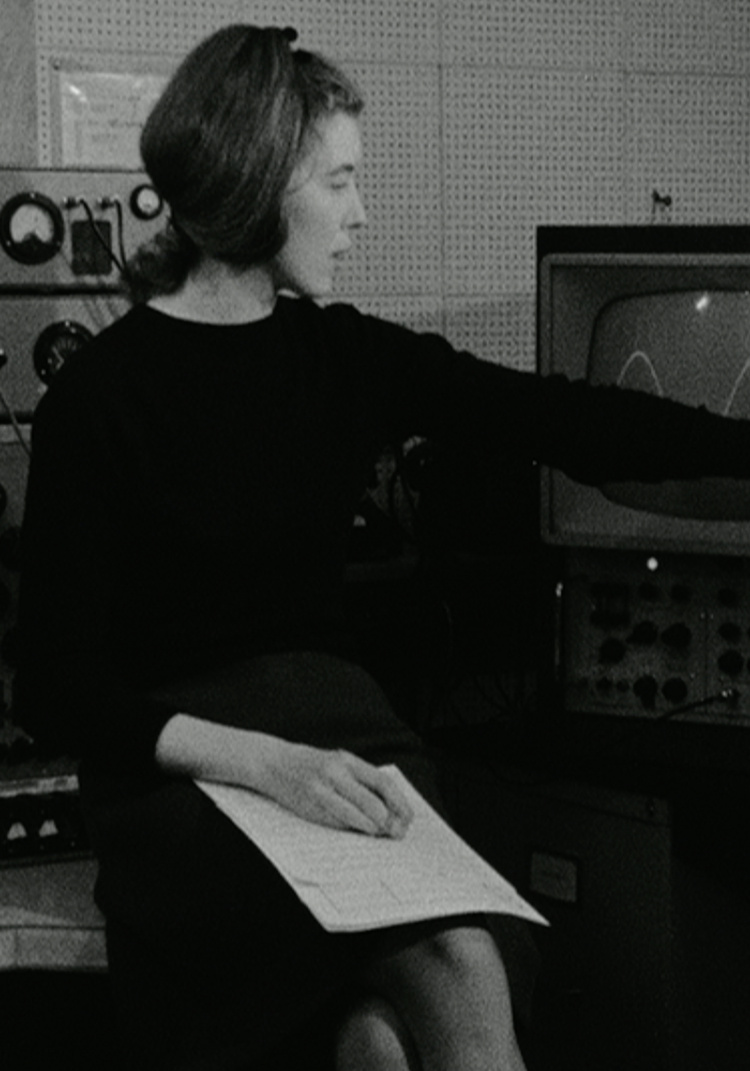 In 1956, the soundtrack of Forbidden Planet (by Bebe Barron and her husband Louis, an excerpt from which is on track 2 of the mix) gave movie audiences their first exposure to a pure electronic soundtrack, the strangeness of the music perfectly complementing the otherworldly scenario. At around the same time, Daphne Oram, a renegade studio manager for BBC Radio, began assembling all kinds of discarded bits and pieces of tape recorders to demonstrate the impact of electronic sound. At this time the technique was called musique concrète, where natural sounds are recorded to tape, then manipulated to create new sounds (play it backwards, chop it up with a razor and reassemble it, apply delay effects). In 1958, the powers that be permitted Oram with Desmond Briscoe to found the BBC Radiophonic Workshop, whose first assignment was the dramatic sound for Samuel Beckett's radio play All That Fall. Derbyshire, who had been refused a job at Decca Records on account of being a woman, joined the Workshop in 1962, by which time it was churning out sound effects, idents, jingles and music for drama, news and factual radio and TV, including Woman's Hour.

The influence and impact of the Workshop on UK electronic music cannot be underestimated, in particular Derbyshire's 1963 original theme music to the BBC's Dr Who, an innovative, haunting abstract piece that buried itself in millions of children's subconsciousness. Yet, like all her Radiophonic colleagues, Derbyshire was in public service and did not receive onscreen credit for her work until many years later. The next five tracks on the mix are all by Radiophonic stars, including Oram (with Desmond Briscoe) for 'Ocean', Derbyshire for 'Blue Veils and Golden Sands' and Glynis Jones for 'Schlum Rooli'. At the time, audiences will have heard these pieces only fleetingly as they were broadcast. The next major intervention in bringing electronic music to a mainstream audience was The Beatles' tape collage 'Revolution 9' on The White Album. Abstract electronica to keep and cherish... or one of the most skipped tracks in Rock 'n' Roll history? 'Revolution 9' is listed as a Lennon-McCartney composition but really it features major, uncredited, contributions from Yoko Ono, who introduced the mop tops to tape collages in the first place. Excepting some light relief with Wendy Carlos and Rachel Elkind's terrifying opening theme for The Shining and Suzanne Ciani's iconic Coco-Cola bottle sound effect, the remainder of the mix is a deep dive into the abstract and features the music of some of the most important contributors to Sisters with Transistors. 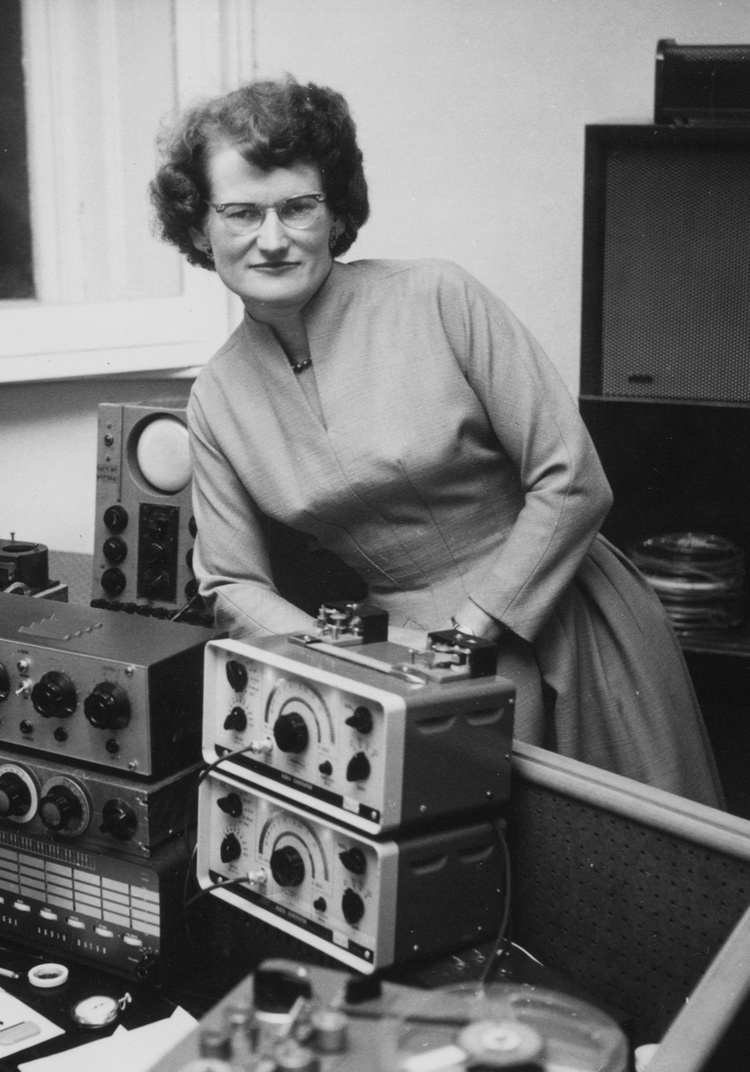 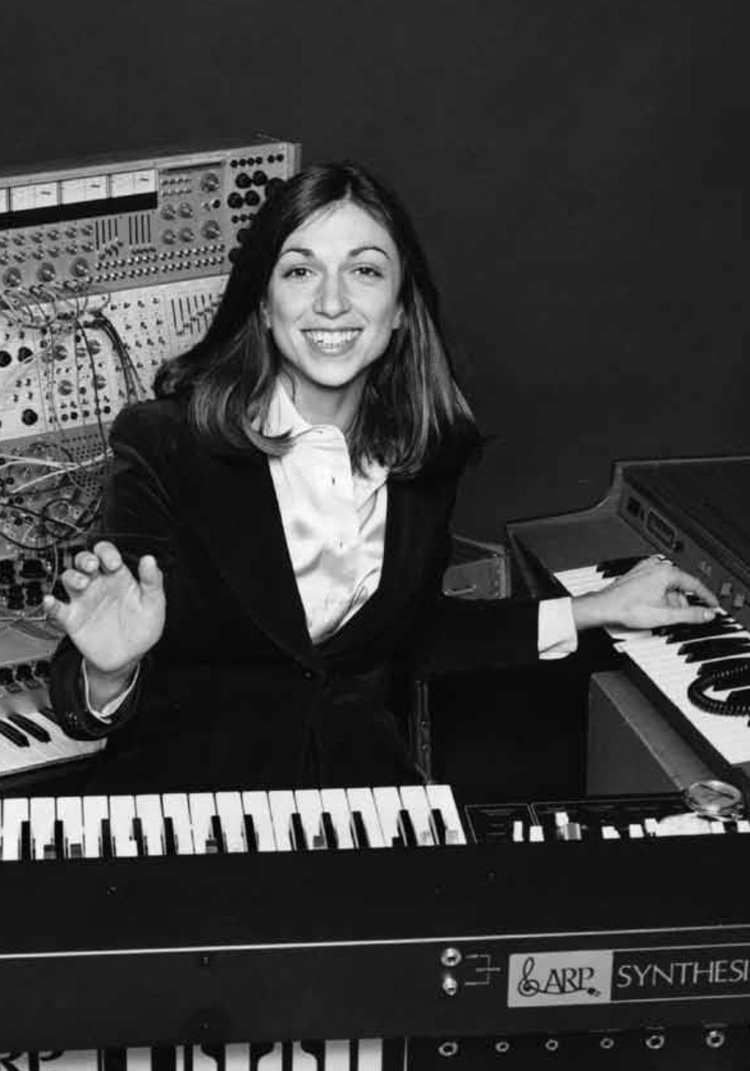 In the 1950s, Éliane Radigue worked at the Studio d'Essai, a forerunner of the BBC Radiophonic Workshop at French public service broadcaster RTF, where the technique of musique concrète had been established. By the late 1960s, she had resigned her position to focus on her signature sound, meditative compositions that develop slowly and continuously over long periods of time, influenced by Tibetan Buddhism. The track selected here is from a microphone feedback piece called Vice-Versa, Etc... which was designed to be played on tape forwards or backwards and at any speed. Our favoured version here is played backwards at 9.5cm/s. In the early 1970s, Radigue began working with synthesisers and shared a studio with Laurie Spiegel, who brought the arrangements of Appalachian music to extended synthesiser pieces, as here on the 14min 'East River Dawn'. Suzanne Ciani's 'A Sonic Womb' and Pauline Oliveros's guiding concept of Deep Listening bring the meaning of electronic music away from coldness to a bodily, earthly, environmental realm.

Interestingly, the artists in Sisters with Transistors first opposed traditional music-making and later brought their instrumentation and mood into the world of electronic music. Listeners may be savvier to the tricks of electronic musicians these days and we may think of ourselves as more sophisticated listeners, but it's difficult to recapture how otherworldly a synthesiser would have sounded in the 1960s, let alone a theremin in the 1920s. Sisters with Transistors evokes this feeling by standing the idea on its head: a new piece by Éliane Radigue plays, which the viewer assumes is electronic, but at its end it is revealed that it is being performed on acoustic instruments. The mix rounds off with Pauline Oliveros's 'Rattlesnake Mountain', which projects the form of durational electronic music onto the accordion and finally, Mica Levi's still stunning score to Under the Skin, played by an orchestra but sounding not unlike Bebe Barron's musique concrète Forbidden Planet at the start of this mix. 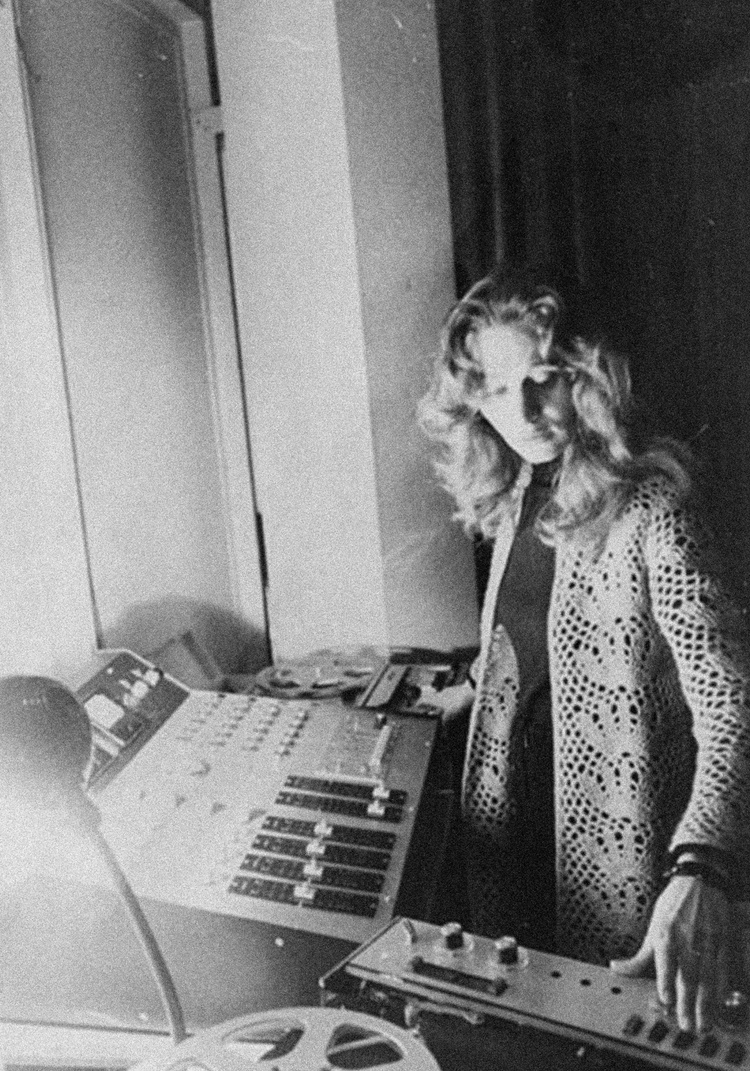 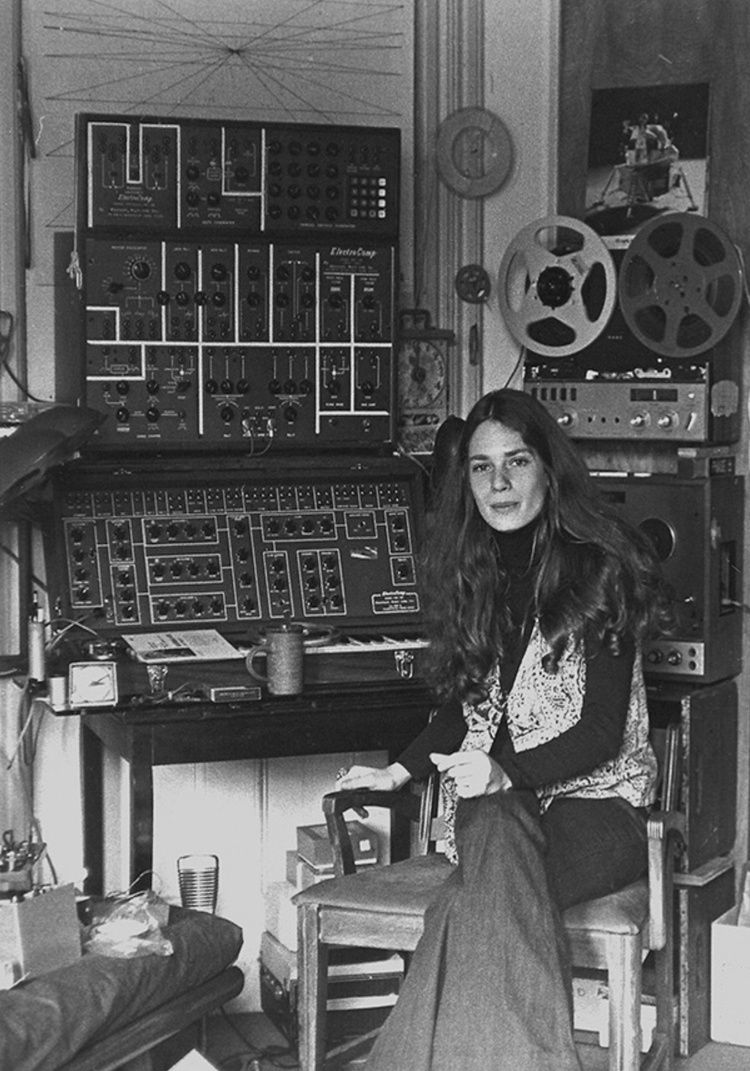 We could go on. This is a fascinating film that takes an experimental dive into the untold stories of these pioneering women and traces a new history of the genre, one that includes the women whose radical experimentation pushed the boundaries of what music was capable of.

Sisters with Transistors is now streaming on Curzon Home Cinema