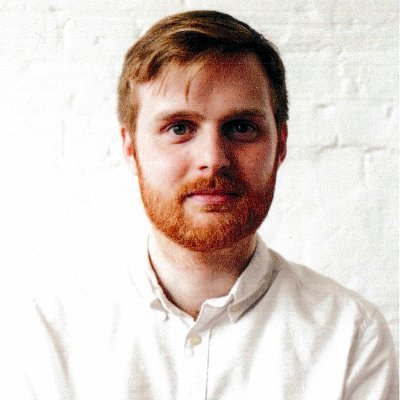 Michael Leader gets down and dirty with Owen Kline, the first-time director of the smutty, scatological coming-of-age comedy Funny Pages, and alternative-comics creator Johnny Ryan, who drew the artworks for the film.

An altogether different kind of comic book movie, Funny Pages showcases the weird and wonderful world of independent ‘comix’, as seen through the eyes – and pencil – of a young wannabe artist, Robert (Daniel Zolghadri), a talented teenager left adrift in the cultural backwaters of New Jersey. To lend the film an aura of authenticity, and to complement its finely-observed evocation of the comic book store milieu and its many dropout denizens, director Owen Kline drafted in established cartoonists to provide strips and sketches on behalf of the movie’s characters. 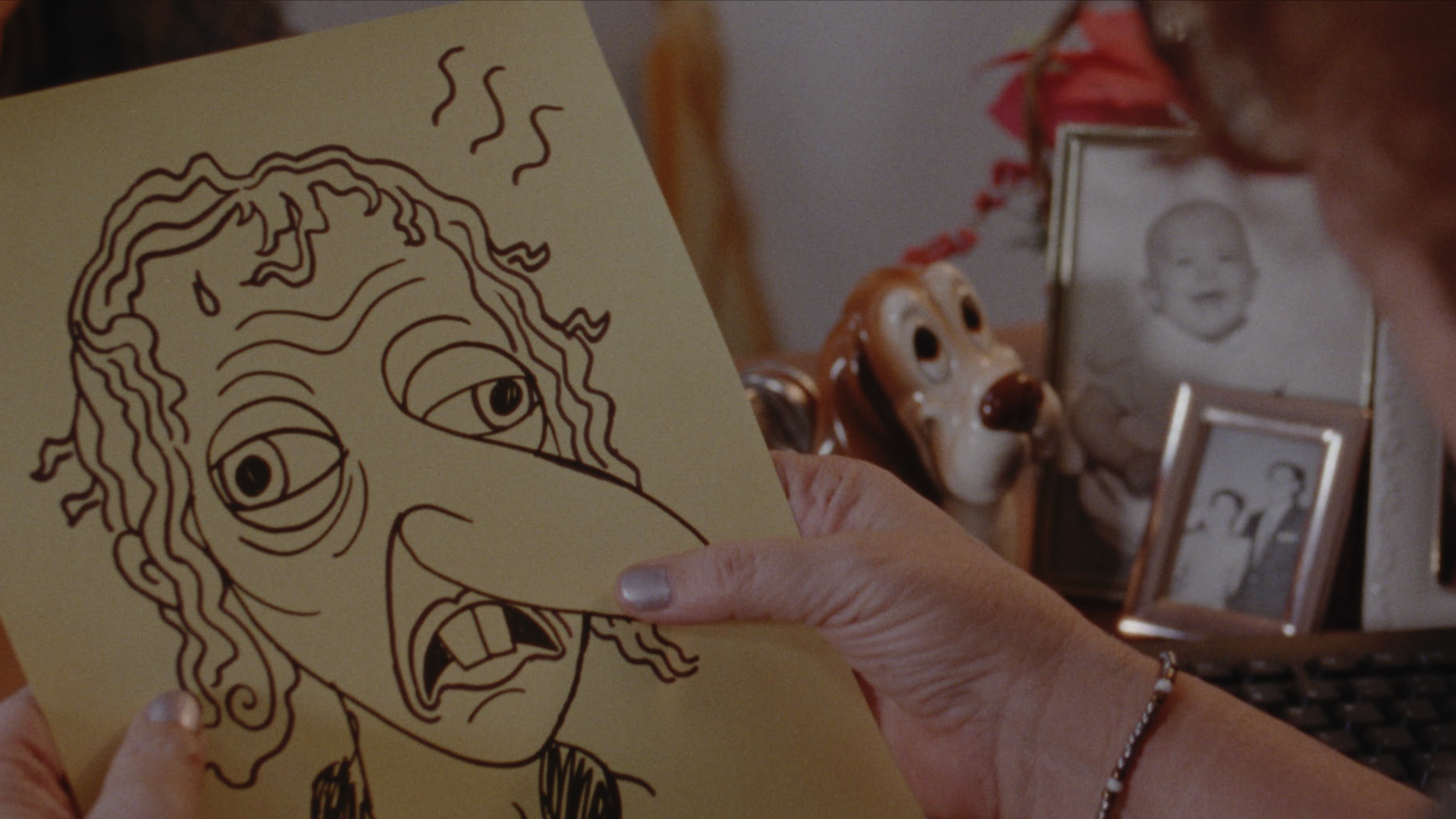 Enter Johnny Ryan, an artist firmly rooted in the alternative side of comics, where superheroes fear to tread. For decades, Ryan has specialised in work that is crude and controversy-courting, yet rendered in a clear and, whatever the subject matter, undeniably compelling art style that recalls more family-friendly comics and cartoons of times past. His long-running series Angry Youth Comix and Prison Pit, and regular editorial cartoons for Vice, veer from politically incorrect ‘satire’ to gross-out anti-erotica to gleeful ultraviolence. His most recent collection, Barely Human, is billed by revered publisher Fantagraphics as an ‘exquisitely gross picture book’ that brings to print ‘the cartoons that keep getting Johnny Ryan banned from Instagram’. The ideal casting, then, for an outsider artist in the making. 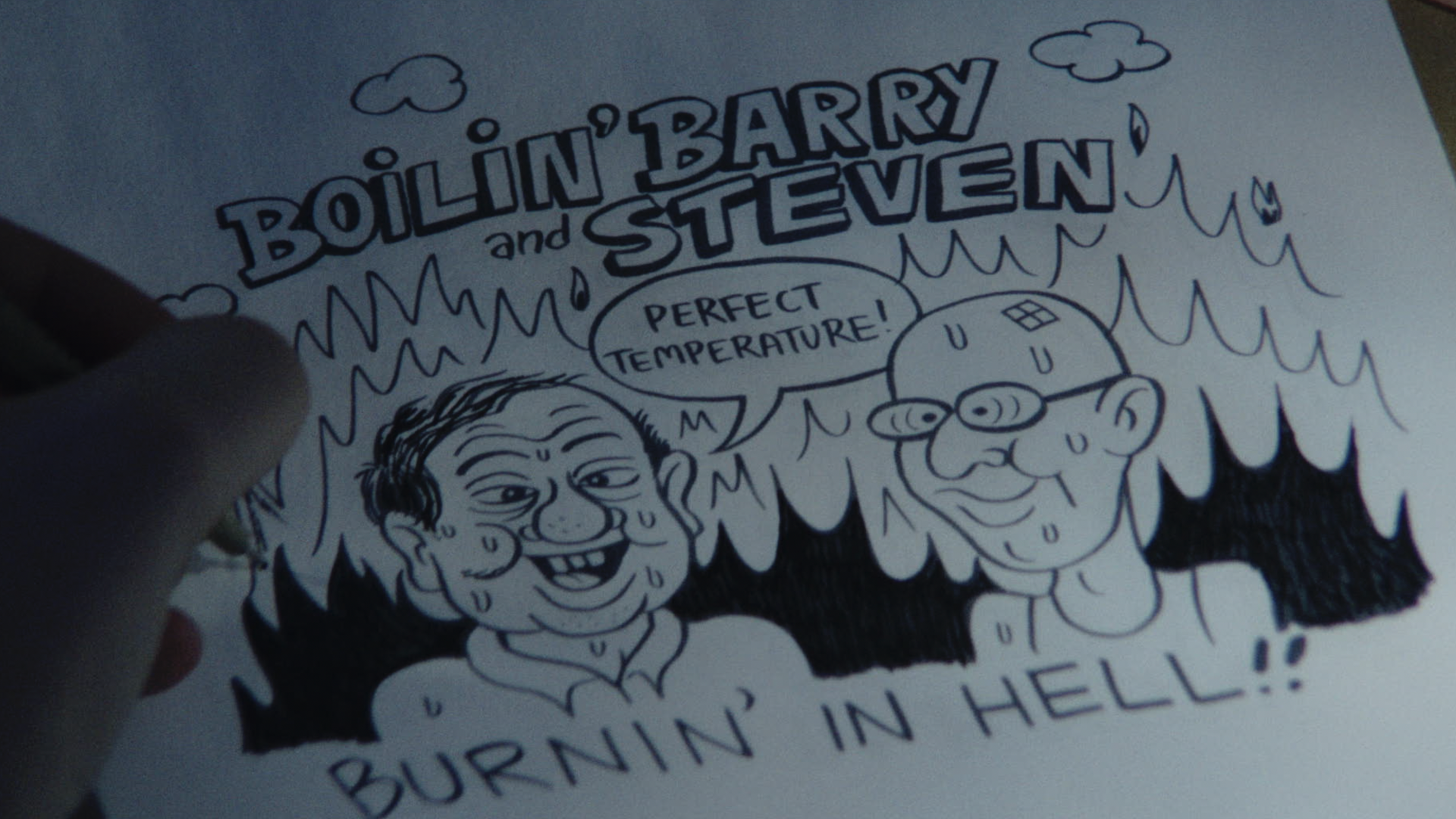 ‘Johnny is a rogue within the industry,’ Kline explains, dialling in from his home in Queens, New York City. ‘What he does is sort of his own weird thing in his own weird corner, and he doesn't really give a shit whether anyone likes it or not. And that's indicative of the character, and maybe it's indicative of the attitude of the movie in some regard.’ Reared on the crass comedy stylings of South Park and Viz, Kline naturally gravitated towards Ryan’s work. He was first exposed to it in the pages of Nickelodeon Magazine, the TV channel spin-off that served as an unlikely haven for independent artists in the 1990s and early 2000s, and he later grew into a dedicated reader of Angry Youth Comix – ‘it was just this kind of caustic thing that came out of nowhere for me’. The letters page of one 2006 issue features a contribution from young Kline, with the sign-off ‘Keep being fucked-up, Owen Kline, 14 years old’. 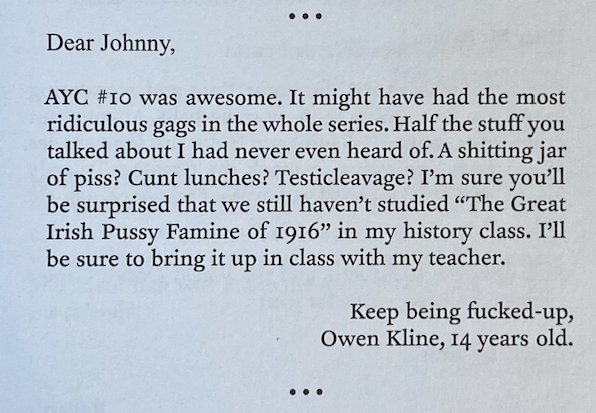 ‘Owen is a comics fan,’ Ryan tells me over Zoom from Los Angeles, ‘and he has always been interested in more underground comics, which I guess would include me.’ Ryan already knew producers (and avid comics readers) Josh Safdie and Ronald Bronstein, and initially conferred with Kline in 2017, turning in artwork both bespoke and pilfered from his personal archive early in production, and later contributed extra pieces during reshoots in 2021. This included Robert’s agreeably wonky caricatures of Funny Pages’ characters, who, through canny casting, costuming and styling, already had the air of a scuzzy comic come to life. ‘It was just a great cast of weirdo people,’ Ryan remarked. ‘Just bizarre freaks. It's weird to see those people in movies.’ 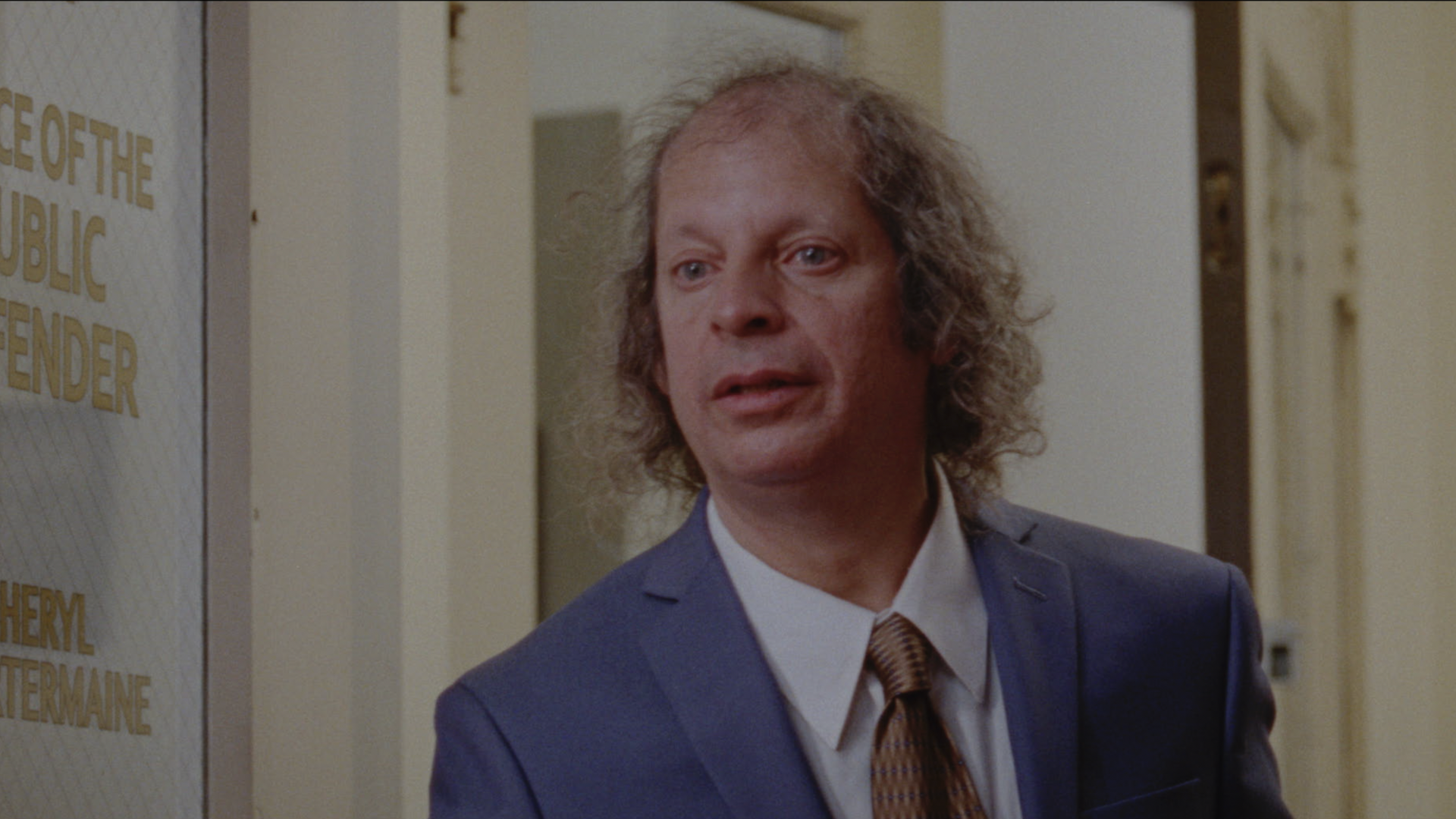 Funny Pages is in Cinemas from 16 September
Book Tickets Now

Another piece was a pure collaboration between director and artist, with Kline giving Ryan the script for a strip central to the film’s story, titled ‘The Mental Misadventures of Wallace’, which turned the experiences of a hapless local loser (Matthew Maher) into a saga that is, by turns, foul-mouthed, slapstick and scatological. Ryan provided rough, half-finished and fully inked versions of the strip for use in the film, which Kline himself would embellish in close-up, the director’s hand subbing in for his lead character’s. Casting artists in this way helped create what Kline calls the comics ‘idiolect’ for the characters. ‘Using cartoonists to provide that made my work easier,’ he explains. ‘I was leasing out voices, in a sense. There is a level of visual collaboration there.’ 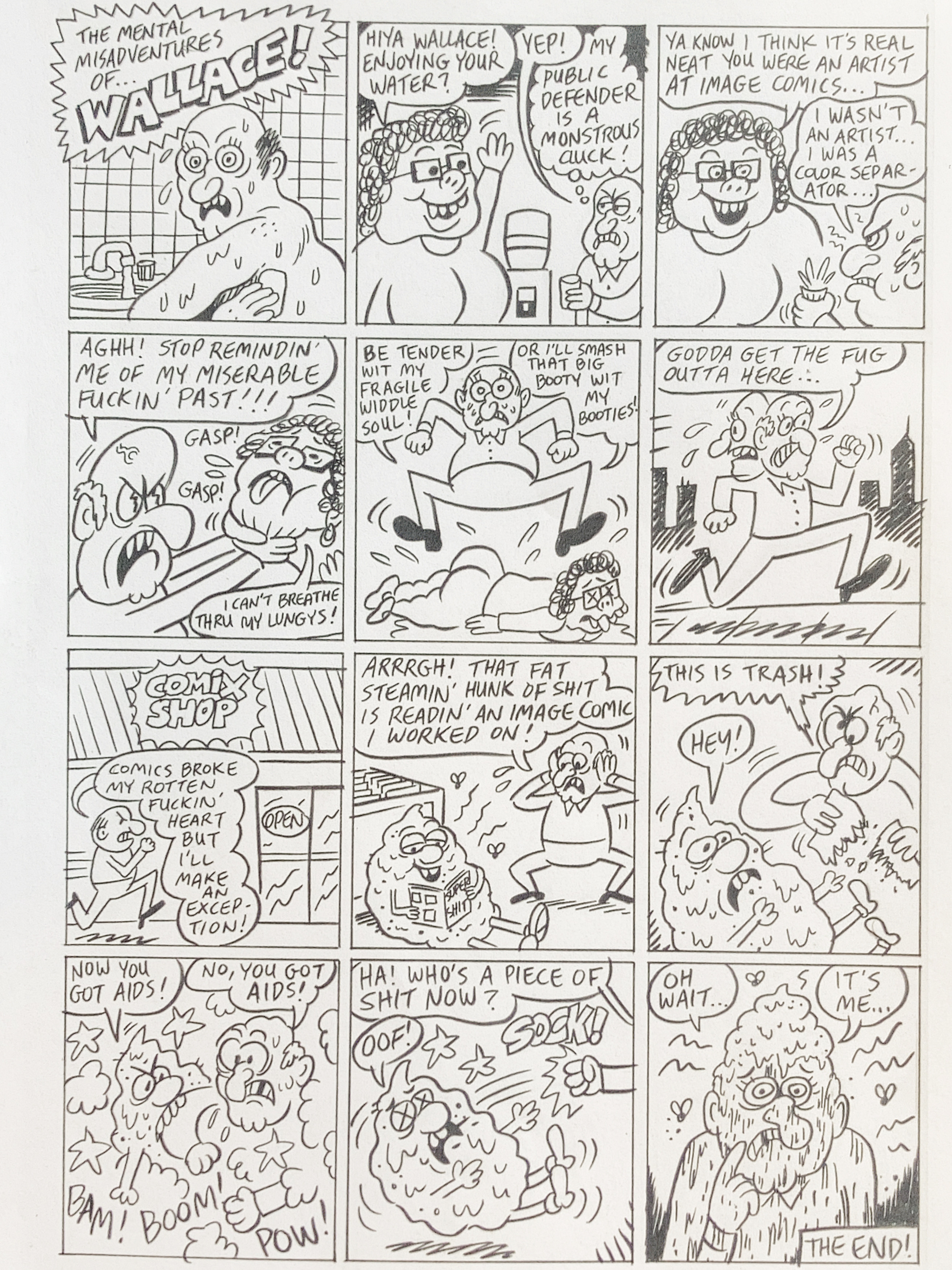 The Misadventures of Wallace from Funny Pages (2022) 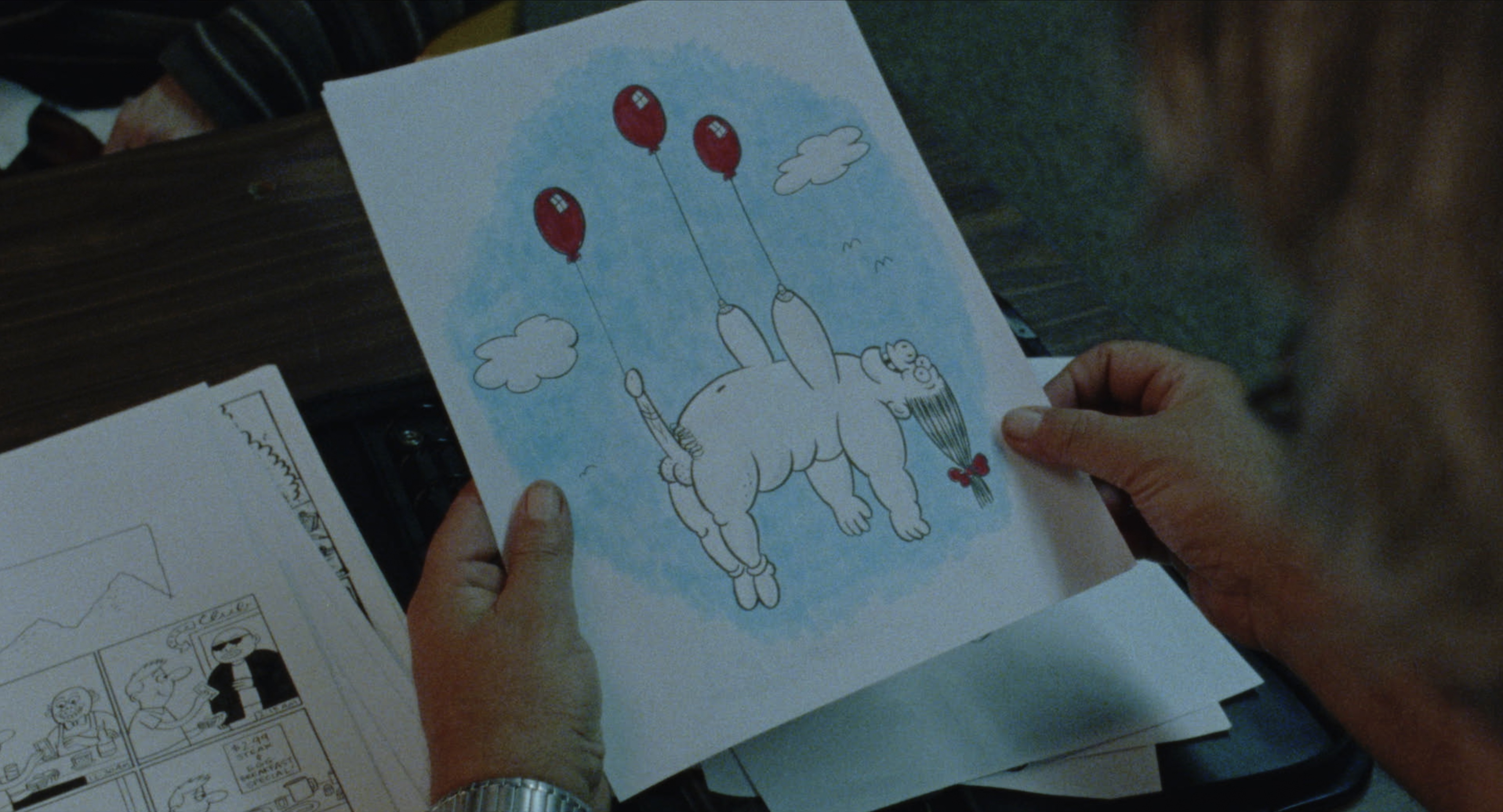 The finished results are certainly grotesque, but the artwork perfectly aligns with Funny Pages’ caricatured, yet lived-in worldview; peculiar, yet undeniably distinctive. It bears a credible ‘fingerprint’ that Kline was keen to incorporate into the film. ‘I’m constantly trying to bounce off organic elements,’ he explains. ‘That’s the thing that ends up adding layers, [more] than anything I can nail down on the page by myself.’ His goal, as writer first and then as director, was less about making these elements conform to a fixed authorial point of view, and more about ‘trying to get on the page the right stimuli, because these people will flesh it out yet again once it goes through their systems: the cartoonists, the actors, everyone.’ 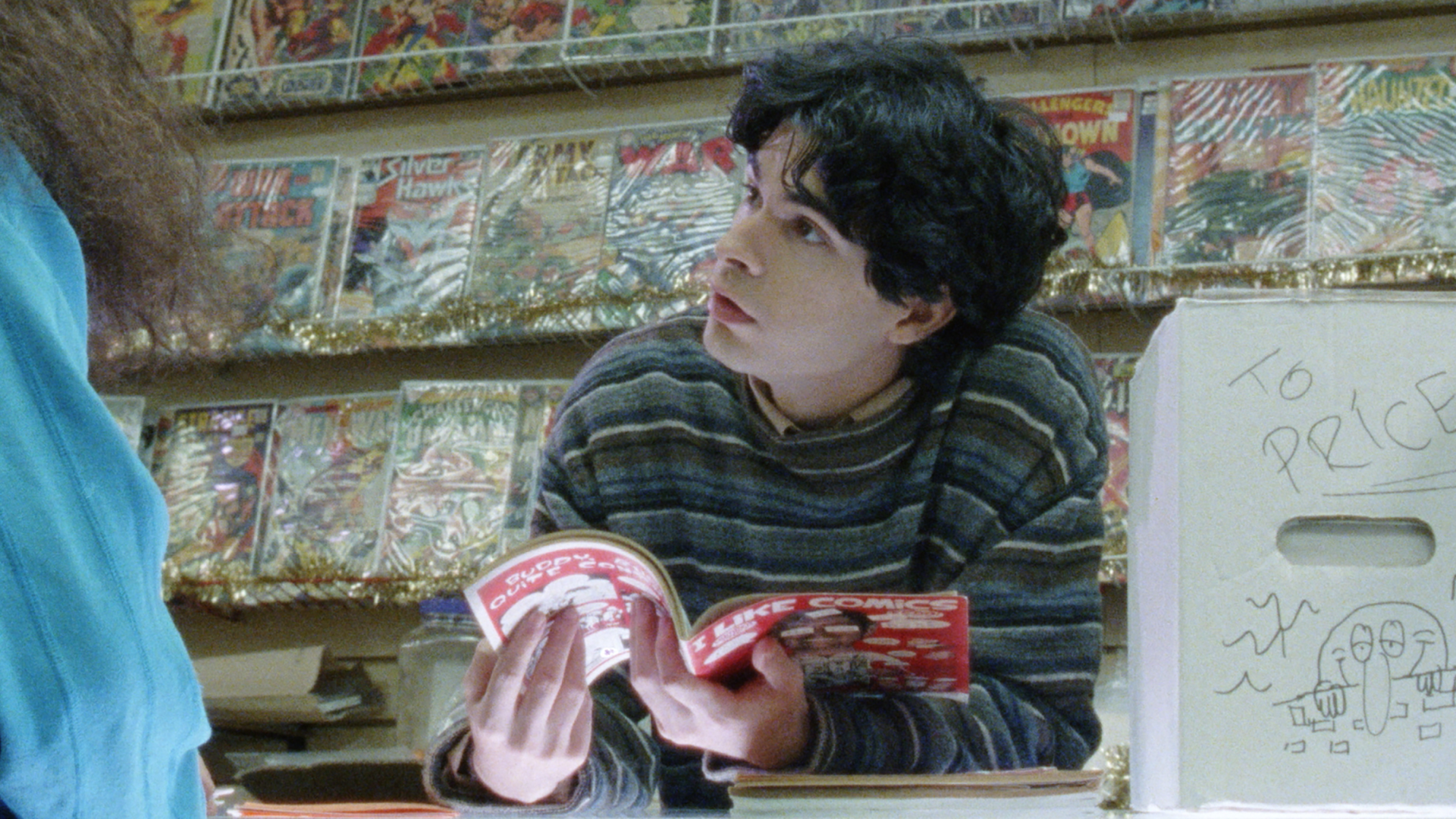 Even in cinema’s current, comics-hungry climate, it is rare for films to venture outside of a narrow definition of what the artform can offer. You’d have to rewind back to the likes of the Harvey Pekar biopic American Splendor (2003) or the documentary Crumb (1994) for a comparable trip into an eccentric artist’s mind. ‘People who don't get that kind of art think Johnny’s an amateur, but of course, he’s not,’ argues Kline. ‘He is a great inker, and he has internalised a certain grammar of kids’ comics - Harvey Comics like Casper, Wendy the Good Little Witch, Baby Huey - and he has filtered it, and Frankensteined it into his own body of work very naturally.’ 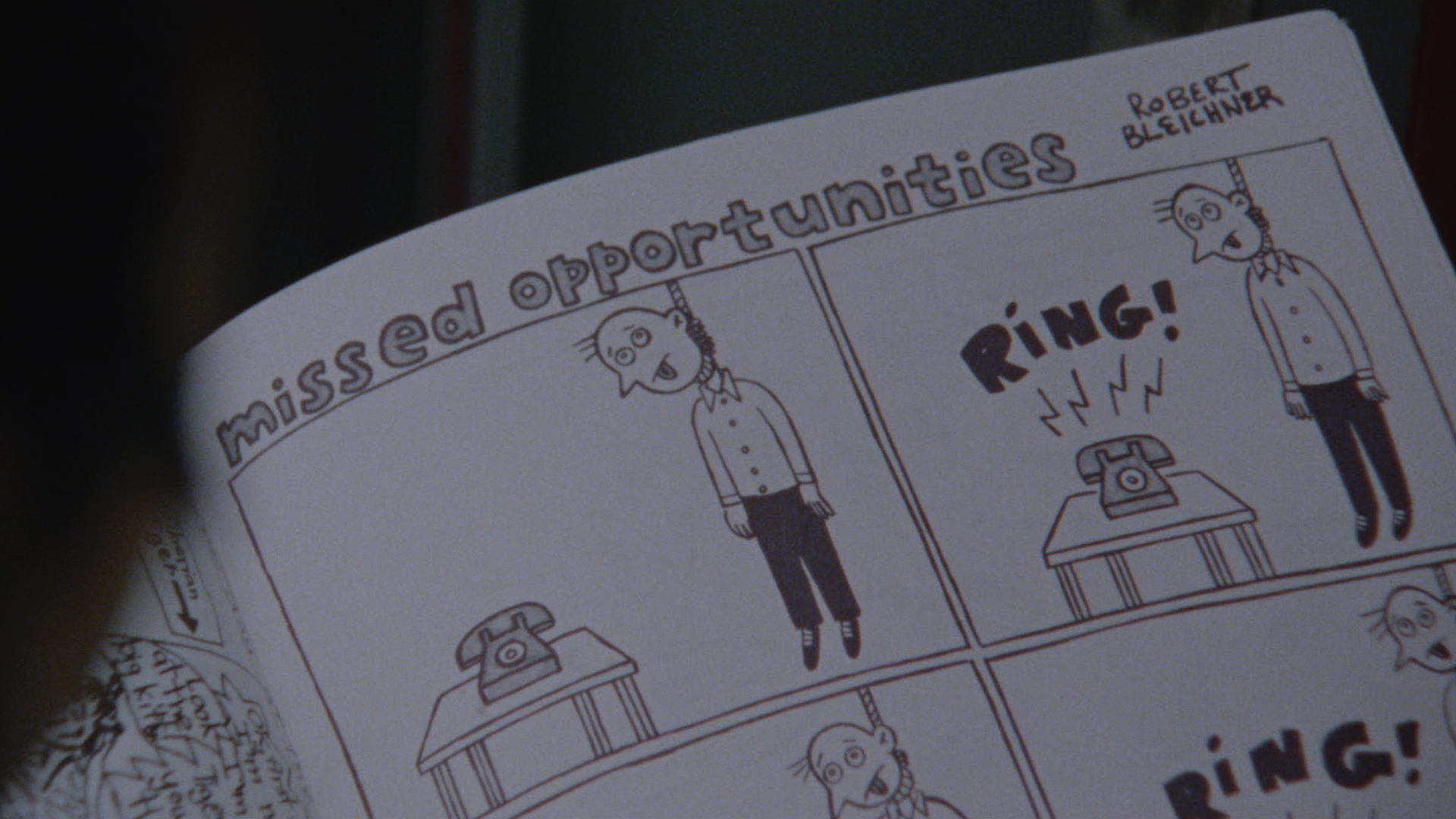 For all the wild and wilful vulgarity, it’s seeing that alternative artistic vision on screen in Funny Pages that’s the bottom line for Johnny Ryan: ‘Usually, when we think of comic art, particularly in the United States, it’s all superhero stuff. You have to draw in this very specific style. Otherwise, it’s just garbage. So to be able to see an artist in a movie who’s not drawing like that, who wants to draw something that’s funny or silly, is a long time coming.’

Watch At Home Or in Cinemas

Johnny Ryan has created a very special, X-rated comic strip for the UK release of Funny Pages. If you watch the film at Curzon Soho, Victoria, Camden, Hoxton or Bloomsbury, and you’re over 18, ask the staff for a free copy of the comic.

Copies are very limited though, so hurry before you miss out!