The Look of Love: Designing the Poster for Ammonite 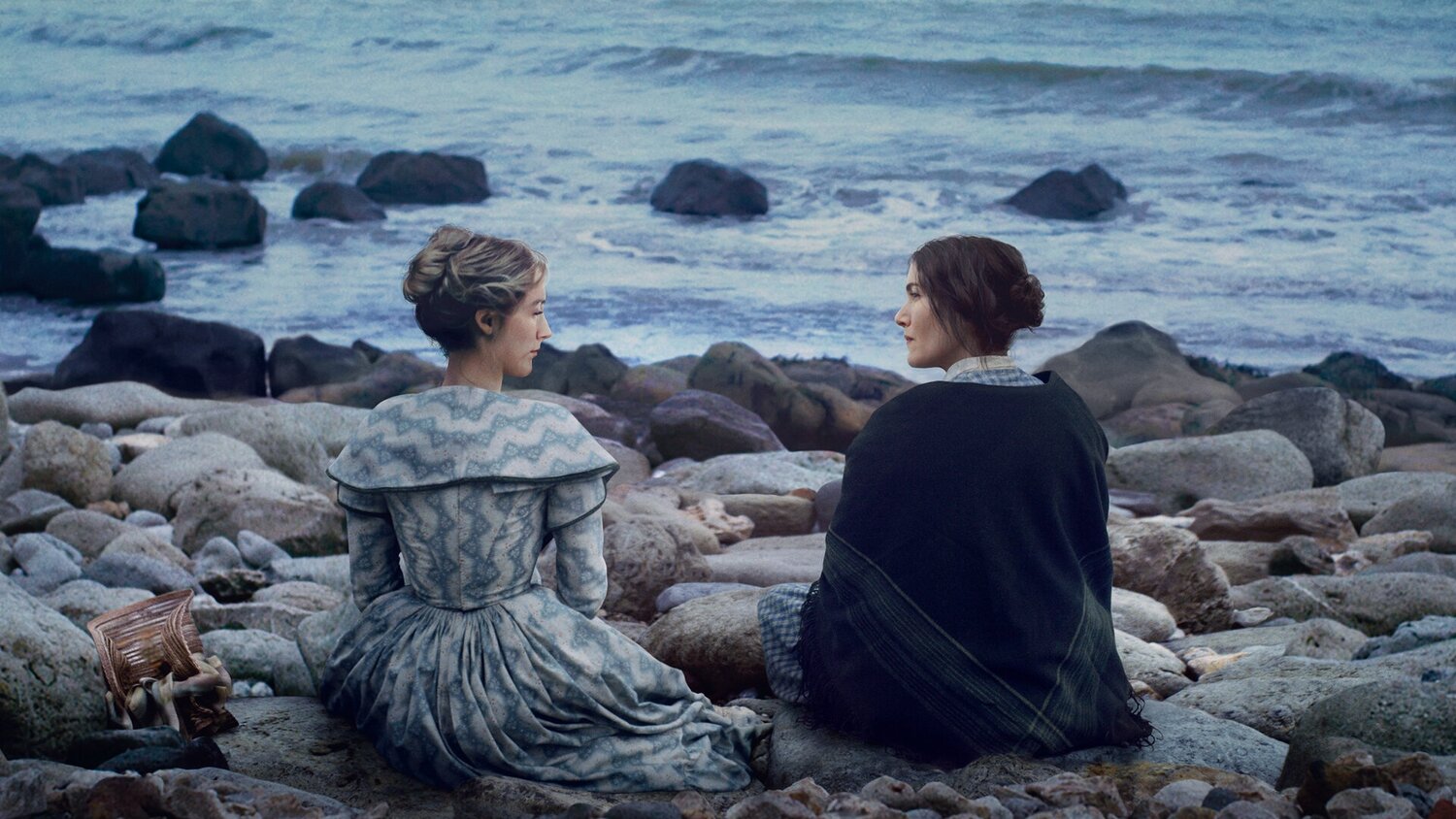 They pass us on bus-sides and we pass them on train station platforms. We share them and like them and upvote them on social media. We even, sometimes, buy them! Film posters are a staple of film marketing that often crosses over. They adorn cinema lobbies and bedroom walls alike. A film poster is one of the few pieces of advertising that we willingly consume, that we look for and that we even proudly display.

So what makes a really great film poster?

We spoke to the team at Intermission Film about their work with Lionsgate, together creating the UK poster for Francis Lee’s latest swooning love story, Ammonite. It’s rugged beach scene and the intense, unspoken chemistry between the leads, played by Kate Winslet and Saoirse Ronan.

CURZON: What was your immediate reaction to Ammonite upon seeing it for the first time? Were there images or aesthetic and tonal ideas that jumped out at you from the start?

INTERMISSION FILM: We were first struck by the intensely detailed intimacy and tenderness of the film. Despite the sparse amount of dialogue, you can really sense the layers of character through the brooding silences and small physical gestures. Moments such as when Mary claws her fingers through the dirt on the hillside as she searches, almost desperately, for fossils. Another key image we were drawn to was when Charlotte briefly places a hand on Mary's shoulder, the camera hovering on Mary's reaction as if she’s just experienced a light electric shock. It was this palpable yet subtle tension, created throughout the film, that we wanted to evoke in the poster. 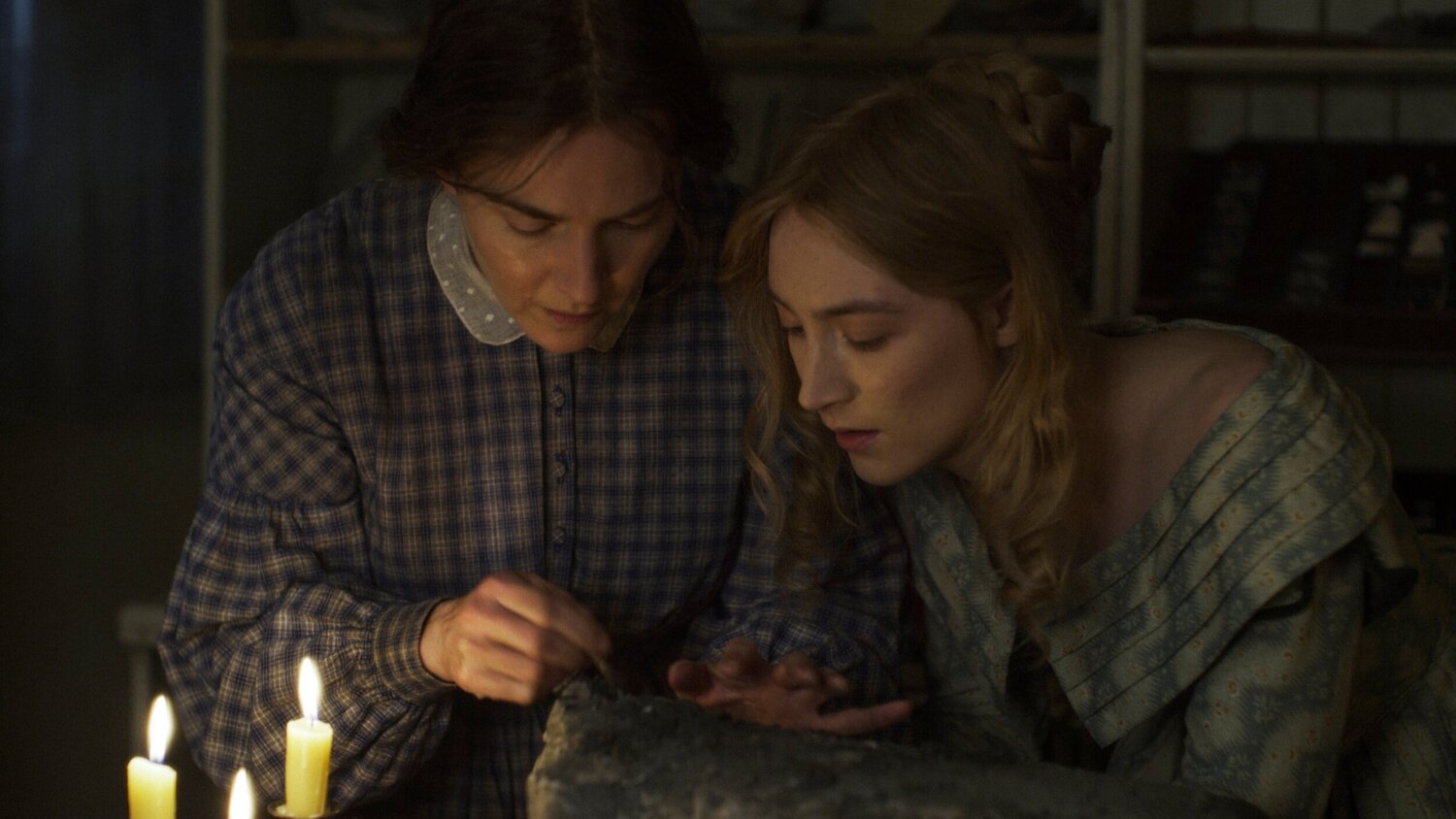 Equally, there is such a strong sense of place in the film and we wanted these locations to carry into both the trailer and the poster. Ammonite is a truly sensory experience - from the first touches, the silences, to the constant crashing of waves—and we wanted to capture this in our creative.

Can you tell us a little about the initial creative brief? What were the key must-haves that you needed to work into the design? Did you look at any recent posters for inspiration?

Our creative brief was essentially threefold: position Ammonite as an exquisite romance, ensure the star talent is the focal point, and highlight the prestige of Francis Lee, acclaimed director of God’s Own Country. Our initial comps were Portrait of a Lady on Fire and God’s Own Country, although interestingly the final poster design was actually born from the trailer. 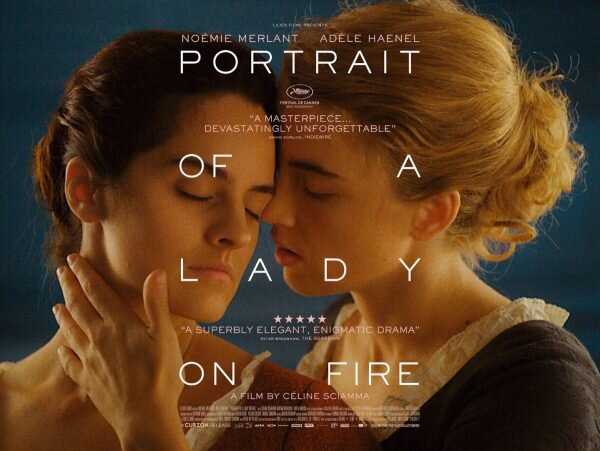 Working on the trailer and poster concurrently can be hugely advantageous and, in this instance, we were so immersed in the aesthetic of the film that we started to look outside of on-set photography in order to capture the tone and mood we wanted to encapsulate. When Francis Lee and Lionsgate saw the final shot of the trailer, they thought it was a breathtaking snapshot that should be explored for the key art. It has a strong sense of place and portrays the protagonists’ romance in a subtle yet tangible way. In this sense, it also nicely ties in with the God’s Own Country key art and showcases the cohesion across Francis Lee’s body of work. 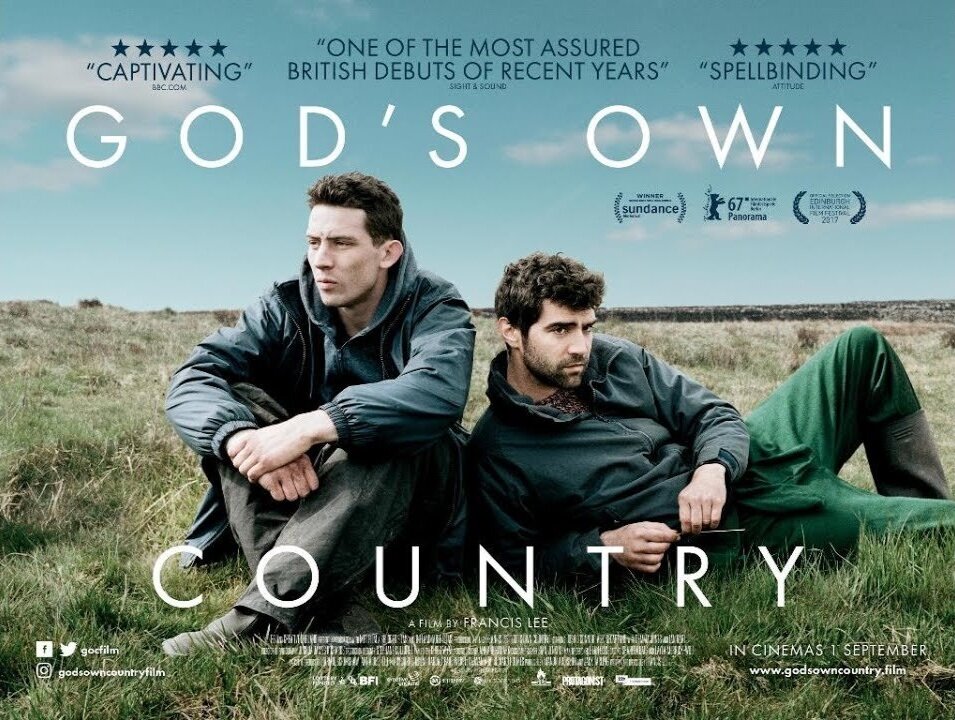 How did you produce the image? Does it use location photography, or is it a composite? Can you talk about the importance of the elements that create this image: the beach, the look, the cast, the weather?

The image is a composite. Unfortunately, we didn’t have the perfect location photography or the perfect frame from the film that showed Mary and Charlotte looking at each other on the beach. We, therefore, had to build a lot of what you see in order to heighten the romance, emotion and tension.

The image feels decidedly British, down to the overcast day at the beach. Was it important to communicate that this is British cinema? And did that influence the final design?

Ammonite is synonymous with a discernible sense of place. It was important to evoke the realism of the British setting but also the authentic nature of the film and the protagonists’ relationship. It’s a romance but it’s very much grounded in reality and it’s not always easy for Mary and Charlotte; in that sense, the poster is not super glossy or overly retouched; it’s overcast, Mary’s hair is windswept, Charlotte’s bonnet has blown off and lies on the ground nearby. These slightly dishevelled images, and the overcast day, add to the representation of tension in the key art.

Can you tell us about the title treatment? Is this a bespoke font or is it using a familiar typeface? Is it taken from the film? What were the qualities you liked about this title treatment and did you consider alternatives?

The stunning title treatment existed before either the UK or US artwork. It's a bespoke handwritten type that was designed alongside a calligrapher and has become the cornerstone of all design related to the film. There’s a delicacy and craftsmanship to calligraphy that is perfectly representative of the film on many levels. Most importantly, it captures the nuance of Mary’s character - her headstrong nature, impressive craft and skill juxtaposed with her vulnerability and tender edge. It’s also timelessly romantic and beautiful, just as Ammonite is! 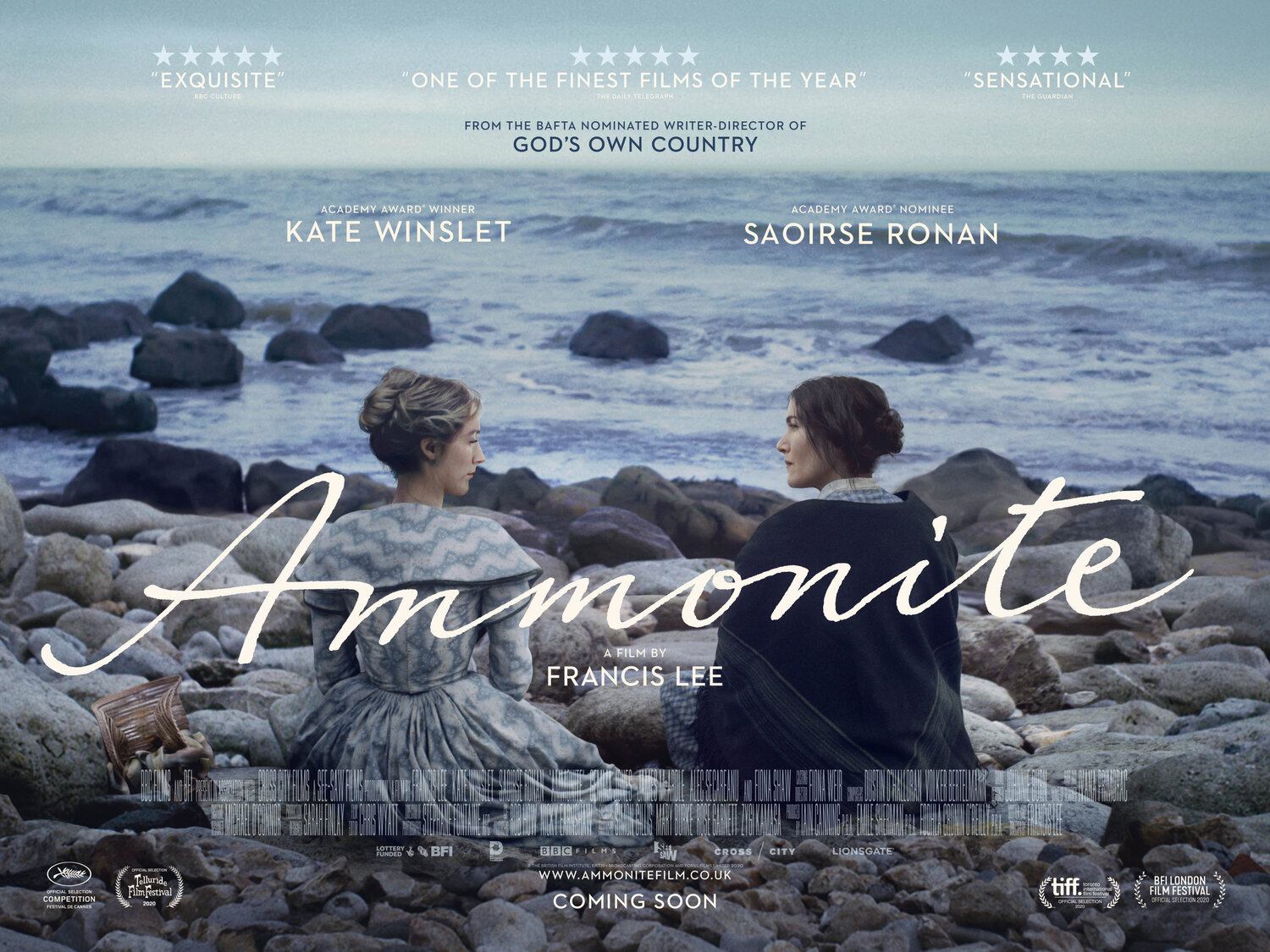 What trends do you see emerging in film poster designs at the moment?

There has been an interesting tonal shift in poster design - especially in the UK - due to cinema closures and new film releases going directly to streaming platforms. We are seeing a move away from the theatrical quad and towards digital formats. Designers now have the freedom to use vivid colours that in the past they may have avoided because they often don’t print well. At the same time, they are having to take into account that the poster will likely be seen at thumbnail size on a streamer and among a multitude of other titles. Therefore, bold visuals and a striking title treatment are even more essential to capture an audience’s interest. Designers are having to make creative choices that respond to the challenges of the changing landscape; the trends we’re seeing in creative from the last year is a reflection of the industry’s ability to adapt.