The Menu & The Politics of Fine Dining 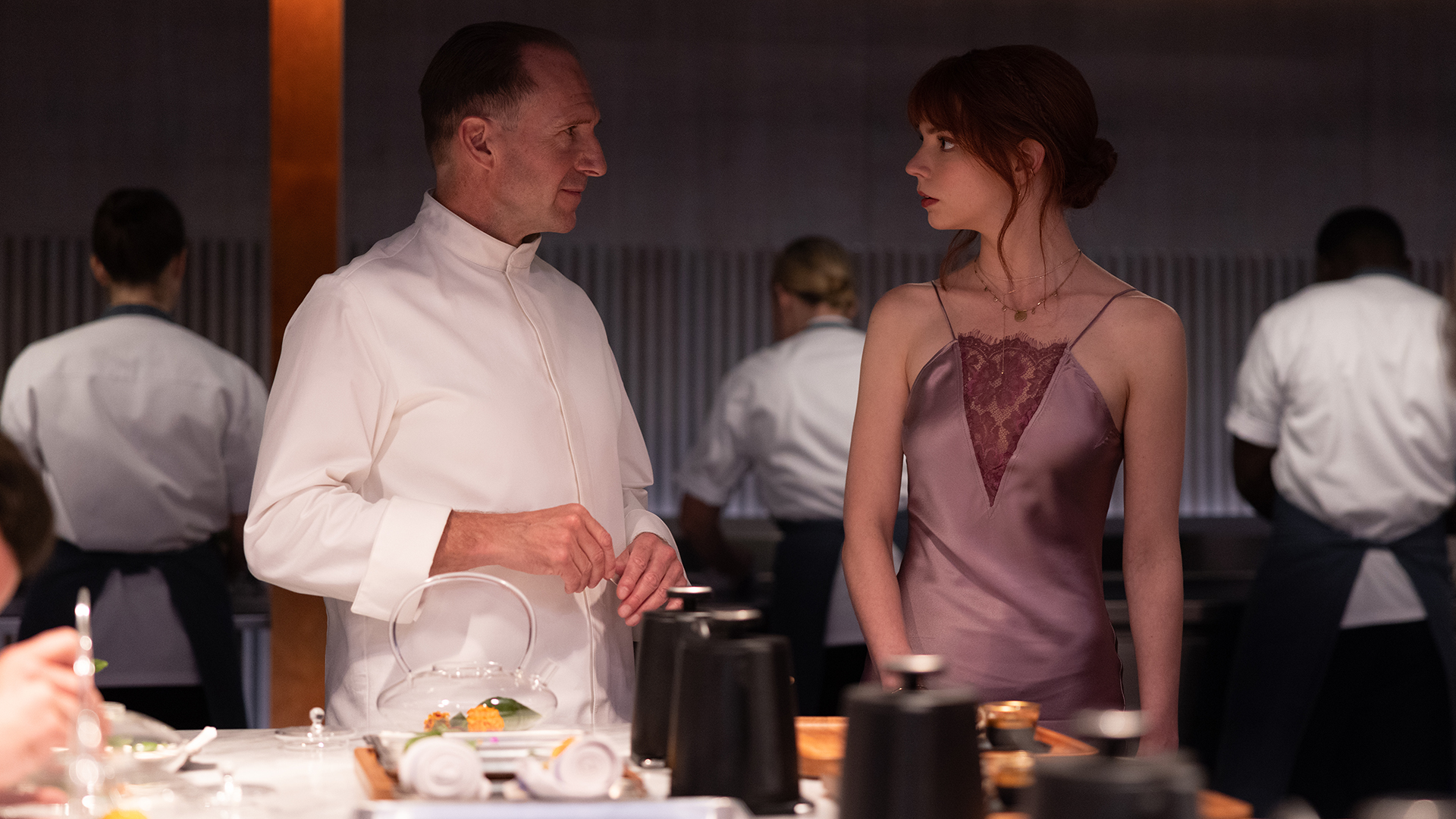 The structure of The Menu, directed by Succession’s Mark Mylod, moves between a series of dishes. Each course is heralded by on-screen numbering and text, while the food itself is displayed on an elegant pedestal, shot from every angle and distance in a style designed to showcase its mouth-watering qualities. The interludes deliberately mirror Netflix’s cookery show Chef’s Table (2015-2019), where each episode revolves around a featured chef, who presents their dishes alongside culinary philosophy. In many ways, The Menu is an episode of Chef’s Table focusing on one particularly twisted cook.

That man is Julian Slowik (Ralph Fiennes), chef of an exclusive restaurant situated on a remote island. His cuisine uses the scientific approach of molecular gastronomy, engineering (instead of cooking) the meal he and his kitchen provide for the wealthy guests at his table. The point of this technique is to focus on the details, the minutiae of what goes into every dish, which, in this case, is sometimes personally tailored to individual diners. But Slowik keeps insisting that his guests look at the bigger picture, of the story being told with food throughout the evening. To taste, rather than simply to eat. 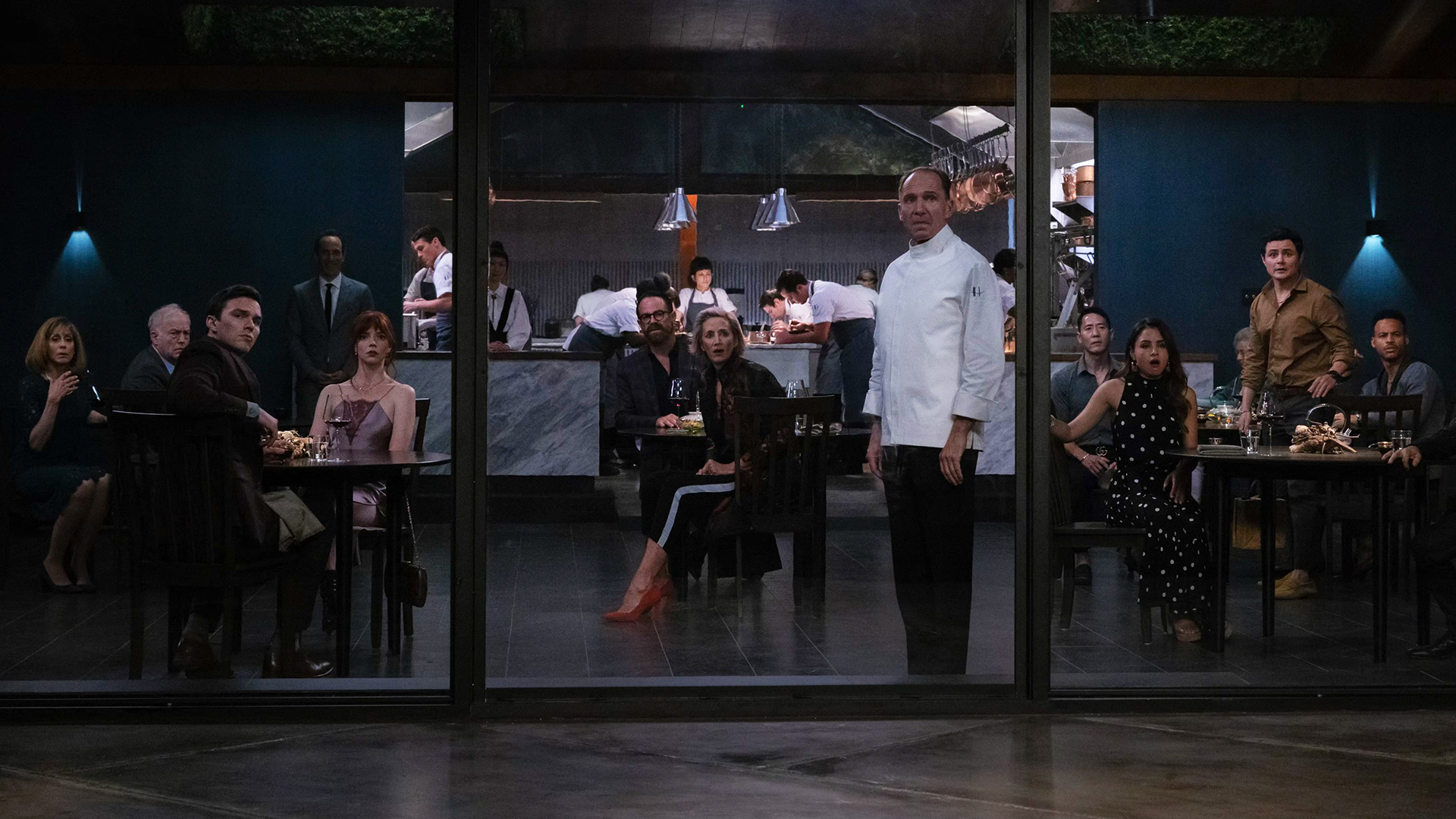 To describe the entire meal would be to ruin the many twists and turns of The Menu, but it is hardly going to spoil your appetite to know that the dishes grow increasingly unpleasant. One early course is particularly intriguing: a breadboard without the bread, a staple food Slowik deems too peasantly for the sophisticated guests visiting his restaurant. It is the humblest of dishes removed of its most humble centre, a bemusing extreme from the lavish spectacle the diners might be expecting.

Consider, by contrast, the dining scene from Ruben Östlund’s latest film Triangle of Sadness. Aboard a luxury yacht filled with arms dealers and Instagram influencers, the passengers gather one evening for a dinner with the captain of the vessel, played by Woody Harrelson. There is a storm raging outside, and the water is frighteningly choppy. The queasy socialites begin to gorge on oysters and octopus tentacles, blending moules marinière with mal de mer. As the stomach acid rises in their throats, the ship’s crew encourage the passengers to guzzle champagne to settle their stomachs, inevitably causing a volcanic eruption of vomit splattered across the fine white table cloths. 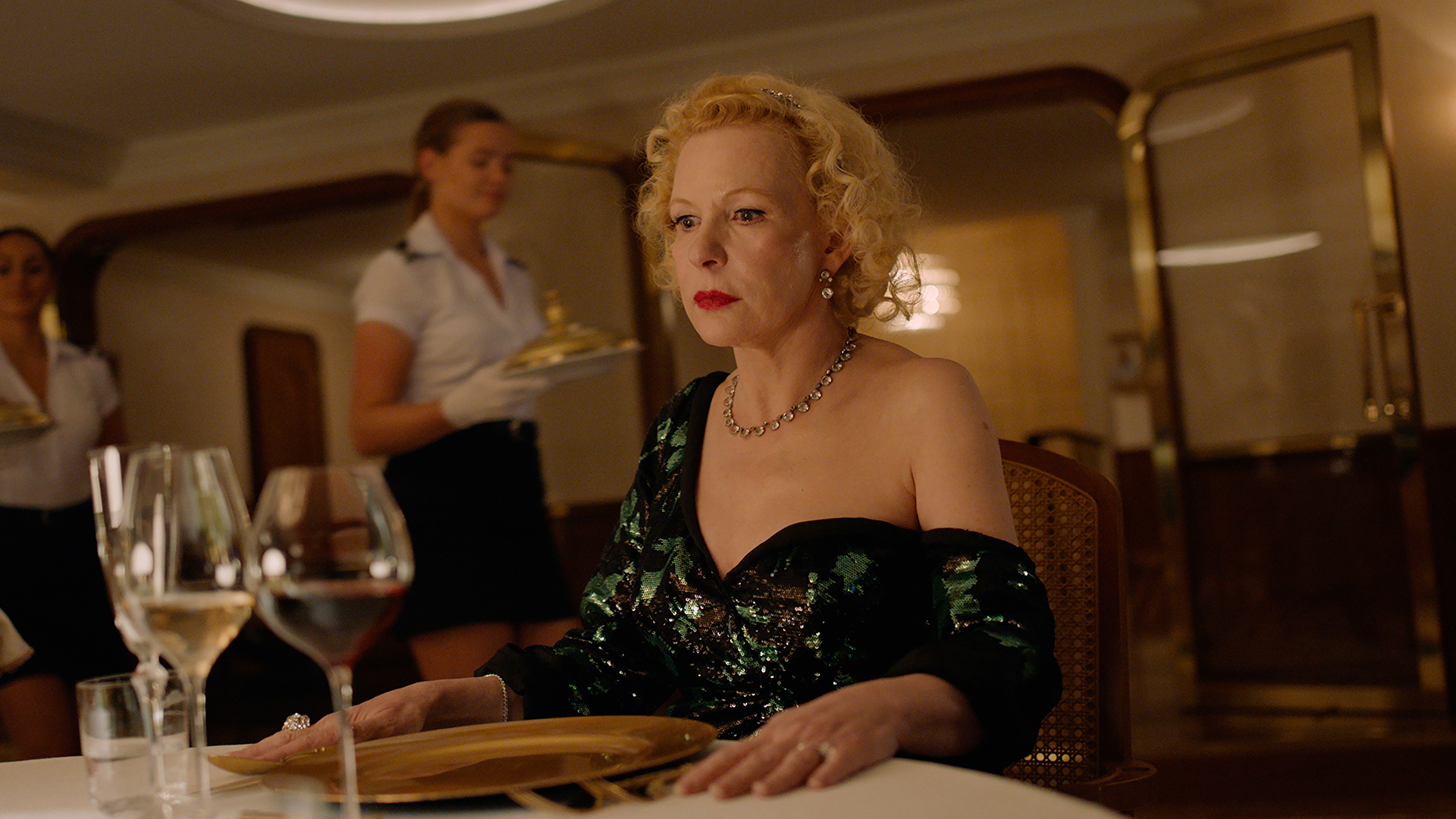 The captain goes unfazed, spending much of the night reciting Marxist quotations over the intercom. He did not elect for the seafood delicacies offered by the ship’s kitchen, but requests a cheeseburger on his porcelain plate. In The Menu, there comes a point in the evening when Anya Taylor-Joy’s socially out-of-place Margot similarly tires of fiddly delicacies and demands Chef Slowik bring her a fast food-style cheeseburger and fries. In both films, the burger is an emblem of the American working class, a supposedly cheap and simple alternative to the high-minded palates of their economic superiors.

Food, then, can be coded as social commentary. What we eat, and what we see others eating, can form the basis of character judgements. The same can be said of Peter Strickland’s Flux Gourmet, about an art collective who experiment with ‘sonic catering’, where distinct sounds are extracted from food. As in the director’s 2012 drama Berberian Sound Studio, where food is used to create sound effects for a giallo movie, this film considers both the visual and aural effect of food. The end of these experiments in Flux Gourmet is left open, perhaps humorously so, questioning what such artistic investments are actually trying to achieve. 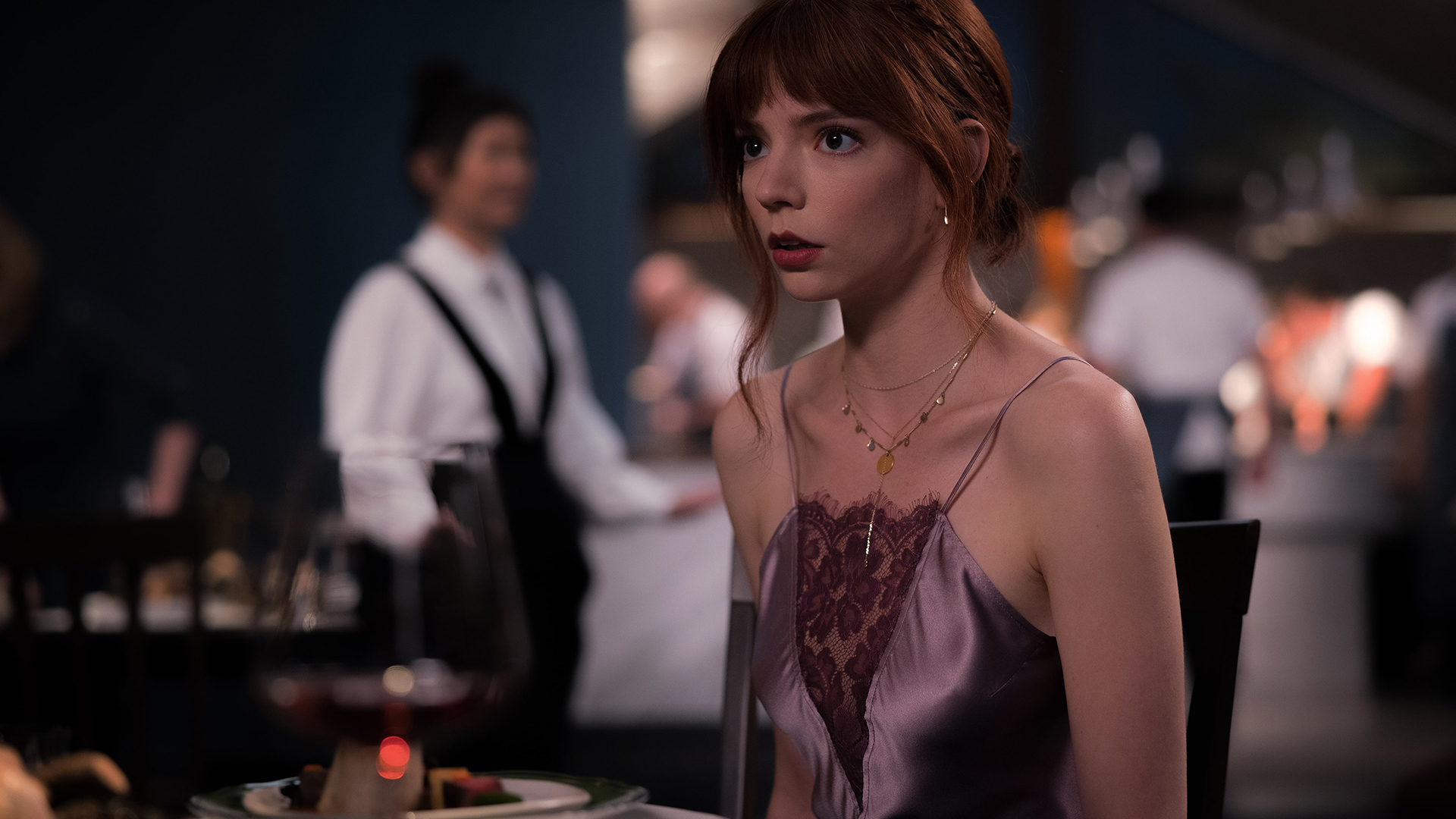 There is a point at which fine dining and the gourmet become excess. The food on the table transforms before our very eyes from tantalising to grotesque, and with it our stomachs turn. The sight of such food ignites a haptic response within us. Just as violence or sex can trigger body empathy with the characters we see on screen, the image of a sickening mound of food can induce real nausea in an audience – and, by association, the vulgar characters who stuff and gorge upon it. Menu choices can separate sheep from goats, those with a penchant for molecular gastronomy or simply a tasty burger.

WATCH THE MENU IN CINEMAS