An acclaimed featurette by John Boorman, which premiered at the 1995 Cannes Film Festival, is to receive a special screening at Curzon Mayfair.

Two Nudes Bathing is based on a novel conceit. It presents the fictional backstory to a painting that hangs in the Louvre, in Paris. Although the style of the painting – the framing, the decor – is very much of the era, the representation of the subjects, two young naked women in a bath, is atypical for this period. Boorman, who also wrote the screenplay, tells the painting’s story from the perspective of the artist who created it.

Henri, a painter with a dubious reputation, has arrived at an aristocrat’s chateau to create two portraits of the man’s daughters. One canvas will be delivered to a prospective suitor, while the other will remain with the father – a keepsake of the innocent children he sired. It soon becomes clear, however, that Henri is less interested in capturing the likeness of the siblings than something more profound – a portrait of their real selves, which he is only able to witness when he watches them unseen, their behaviour far removed from the formalities of public life. 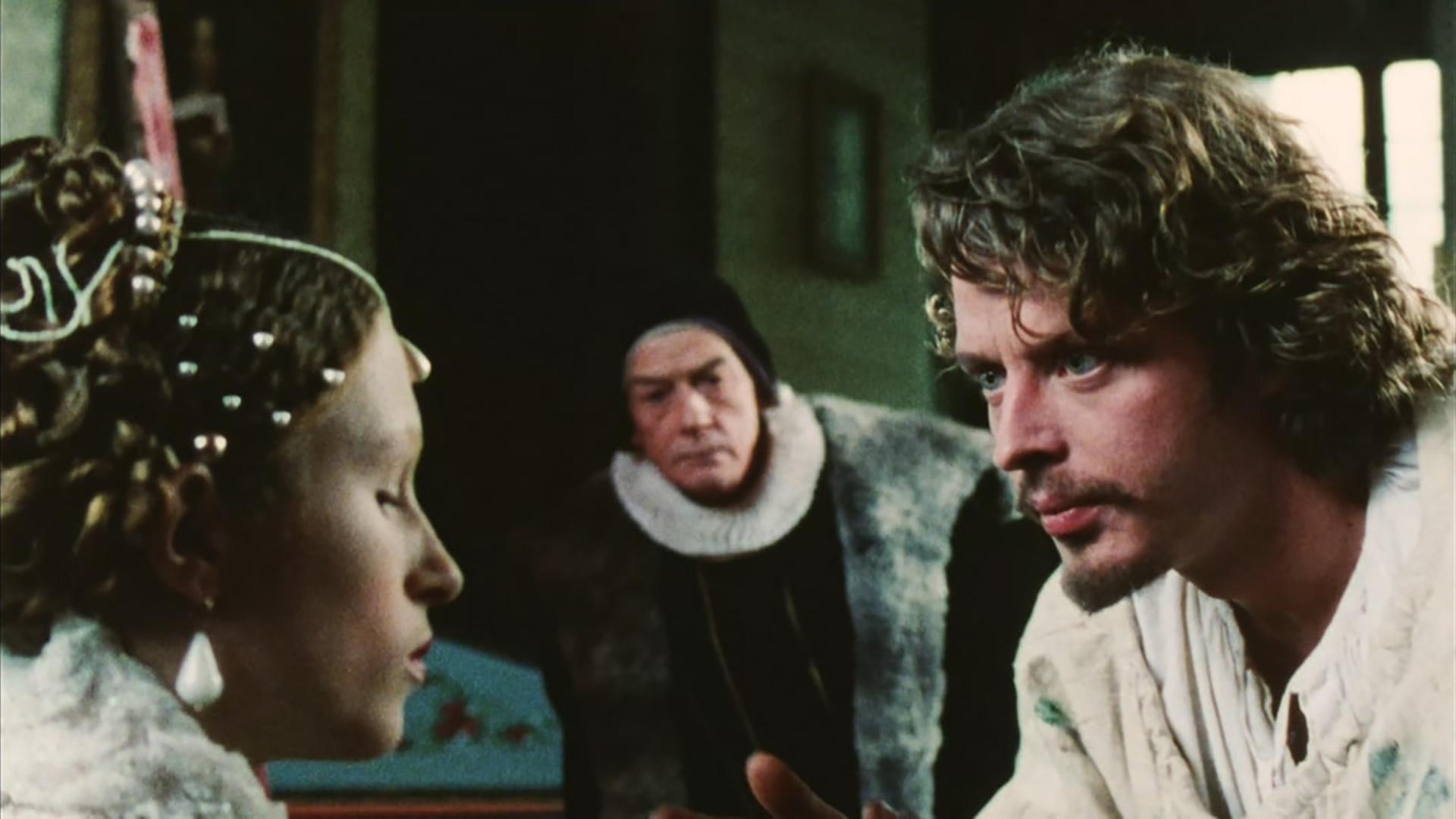 The painting was completed around 1594, and neither the artist, the person who commissioned it nor the circumstances surrounding the commission are known. What the painting does reveal is that it comes out of the Fontainebleau School, a 19th-century-coined term for the movement that began with the arrival of Italian Renaissance artists into the court of François I in 1531. The monarch sought the finest painters, sculptors and furniture makers to adorn his Château de Fontainebleau. Later in the century, with the crowning of Henri IV, a large-scale renovation of the Château took place and a new generation of artists helped usher in a resurgence in the Fontainebleau style, before it was eclipsed by the Dutch and Flemish schools, and the influence of Rubens and Caravaggio. It was during this latter period that the inspiration of Boorman’s film was created. It was given the title ‘Portrait of Gabrielle d’Estrées and Duchess of Villars’. Gabrielle d’Estrées was the mistress of the King at the time and the nipple-pinching gesture depicted is believed to indicate that she was pregnant with his illegitimate child, César de Bourbon.

Boorman’s film eschews the historical context of the painting but fully embraces the historical period. And in its playfulness, at various points bawdy and knowing, the film feels of a piece with the filmmaker’s extensive and celebrated body of work. 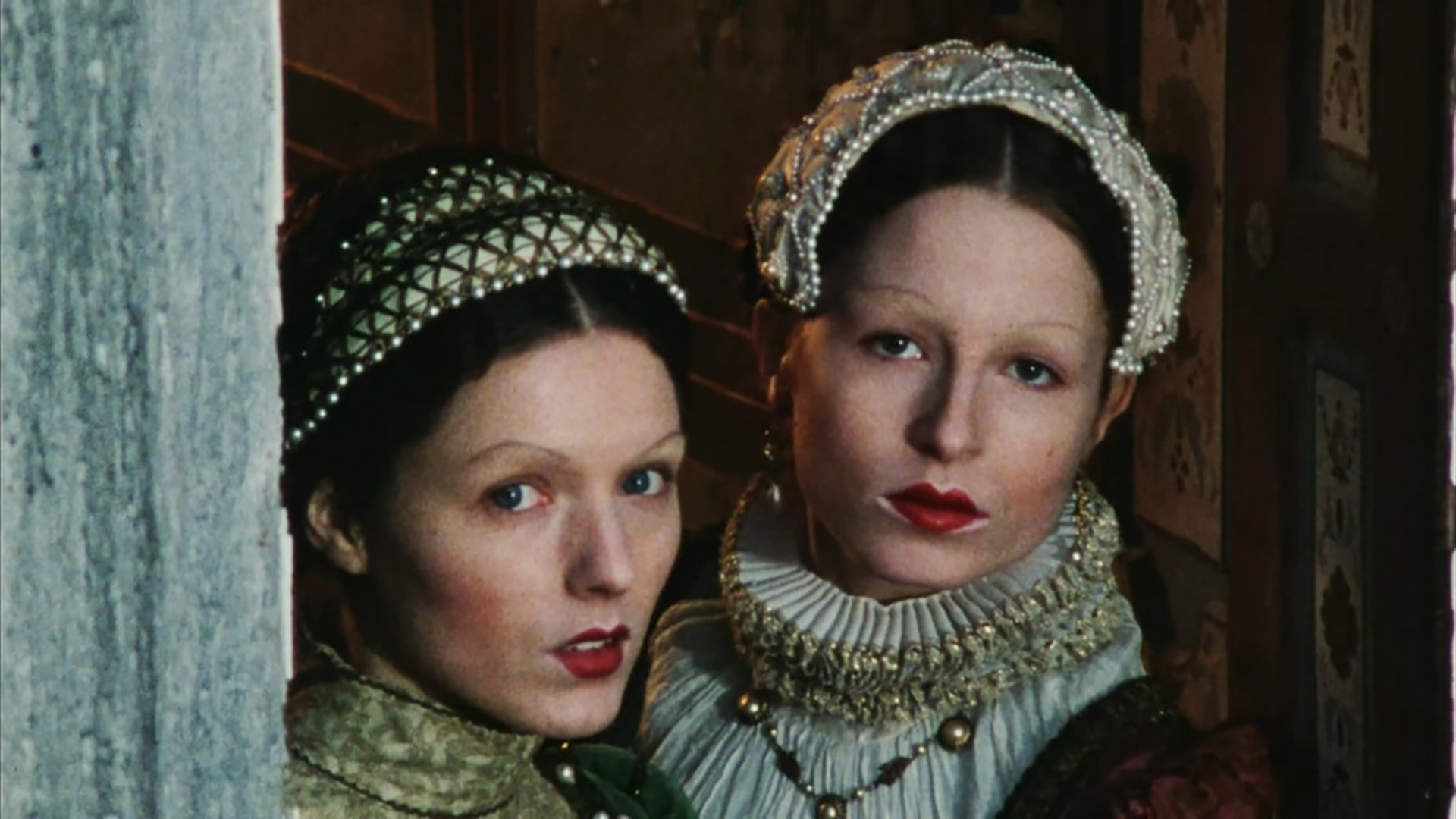 Across a six-decade career, Boorman has produced films that run the gamut from mainstream Hollywood to small-scale indie. His US debut, Point Blank (1967), redefined the American crime genre and the archetype of the hardboiled antihero, by planting Lee Marvin’s vengeful killer into the trippy, countercultural landscape of late-1960s California. Hell in the Pacific (1968), also starring Marvin (who became a close friend of Boorman’s and whom the filmmaker would pay tribute to with an affectionate 1998 documentary), was an equally unconventional World War II drama. Along with the landmark 1972 survival thriller Deliverance, these films explored facets of masculinity, employing humour and a stark brutality to undercut stereotypes. A similar tactic was at play in the baroque Zardoz (1974), which has become a cult favourite, and the fantastic Excalibur (1981), which remains the most surreal take on the Arthurian myth. Boorman’s subsequent films, from the eco-drama The Emerald Forest (1985) and autobiographical Hope and Glory (1987) and Queen & Country (2014), to his Cannes-winning The General (1998) and superb Le Carré adaptation The Tailor of Panama (2001), are characteristic of the filmmaker’s attraction to wayward protagonists; mythmakers who revel in the idiosyncrasies of the world. And the painter in Two Nudes Bathing (played by Boorman’s son Charley, who also portrayed the lead in The Emerald Forest) is in keeping with the classic Boorman hero – a character unable to follow society’s rules.

Two Nudes Bathing was part of a project developed by producers David Wachs, Dan Halperin and Scott JT Frank, which saw a number of filmmakers conceive an idea for a film inspired by a painting and matched with a popular short story.  Boorman broke ranks from the remit of the TV series and penned an original script. Boorman’s rule-breaking film then took on a life of its own. He details the making of it in Conclusions, the second part of his memoirs, which was published in 2020. He describes the shoot as one of his favourite filmmaking experiences. His account evinces the filmmaker’s admiration for John Hurt, who plays the aristocrat and who had become a good friend. But there’s also a sense of joy – the restrictions of a tight budget and shooting schedule notwithstanding – at not being encumbered by studio executives – of being a filmmaker who can make decisions and not have to account for them. It’s a freedom he had when Lee Marvin secured him final cut on Point Blank, and which he subsequently enjoyed on Zardoz following the huge success of Deliverance. It’s why Two Nudes Bathing is essential for anyone who enjoys Boorman’s work – the mischievousness that runs through the films that most define him is present in it. 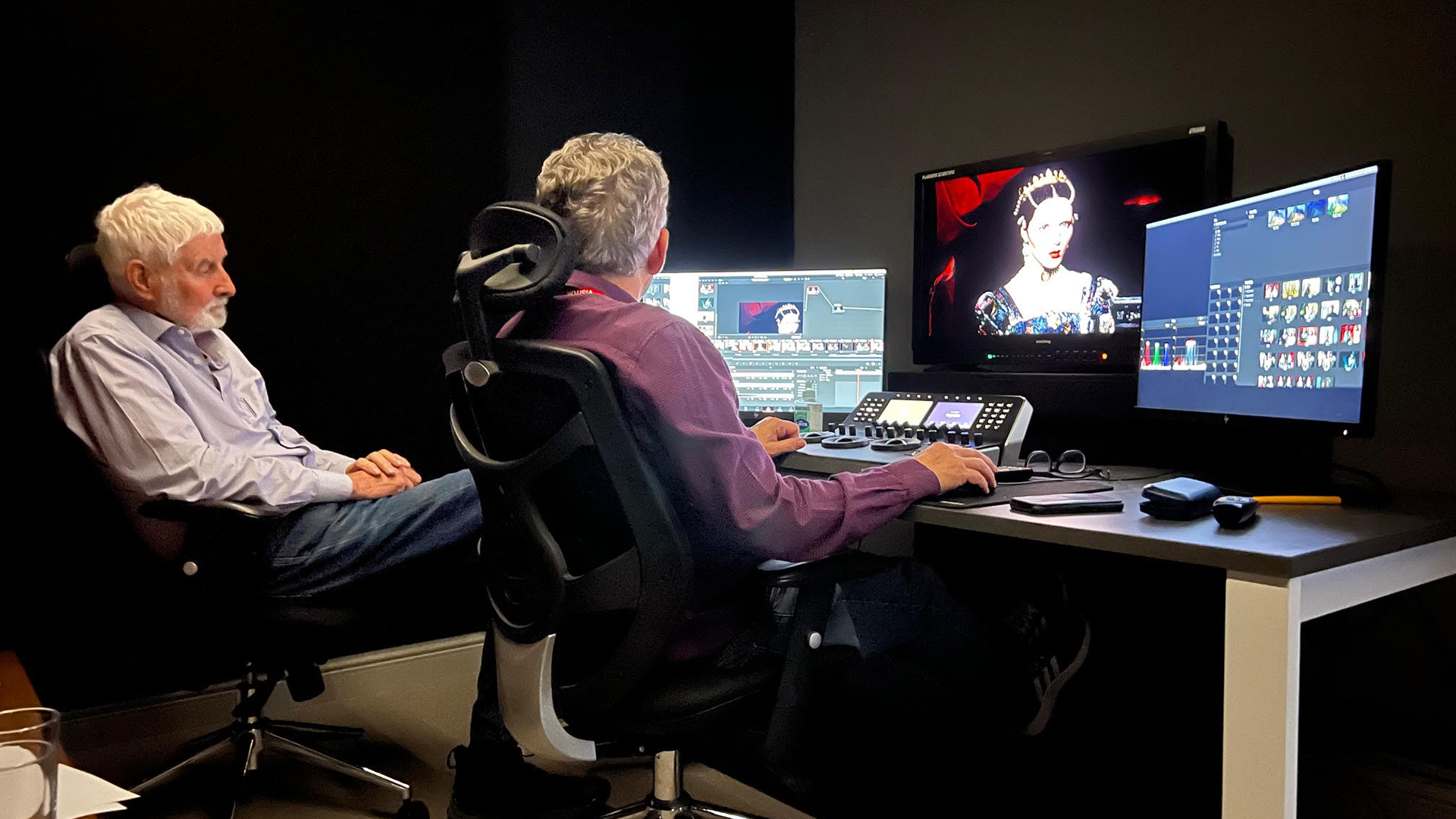 At work on Two Nudes Bathing

The film has rarely been seen since its Cannes premiere. Wachs, Halperin and Frank sought out the most intact versions of it to produce the defining digital restoration that can now be seen by audiences. It is one of the films that Boorman is most proud of. The restoration is also the starting point for a new high-end television project envisaged by the producers. Provenance is the title of a series of films from around the world, with a filmmaker producing a featurette about a favourite artwork from their country and in their language. The aim is to capture the essence of what Boorman achieved, as a way of celebrating the artistic voices of different cultures. And to allow them to do what Boorman himself achieved with his chosen painting, embracing ‘the inspiration to reimagine it’.