The Sensitive Portrayal of Sex Work in Good Luck to You, Leo Grande 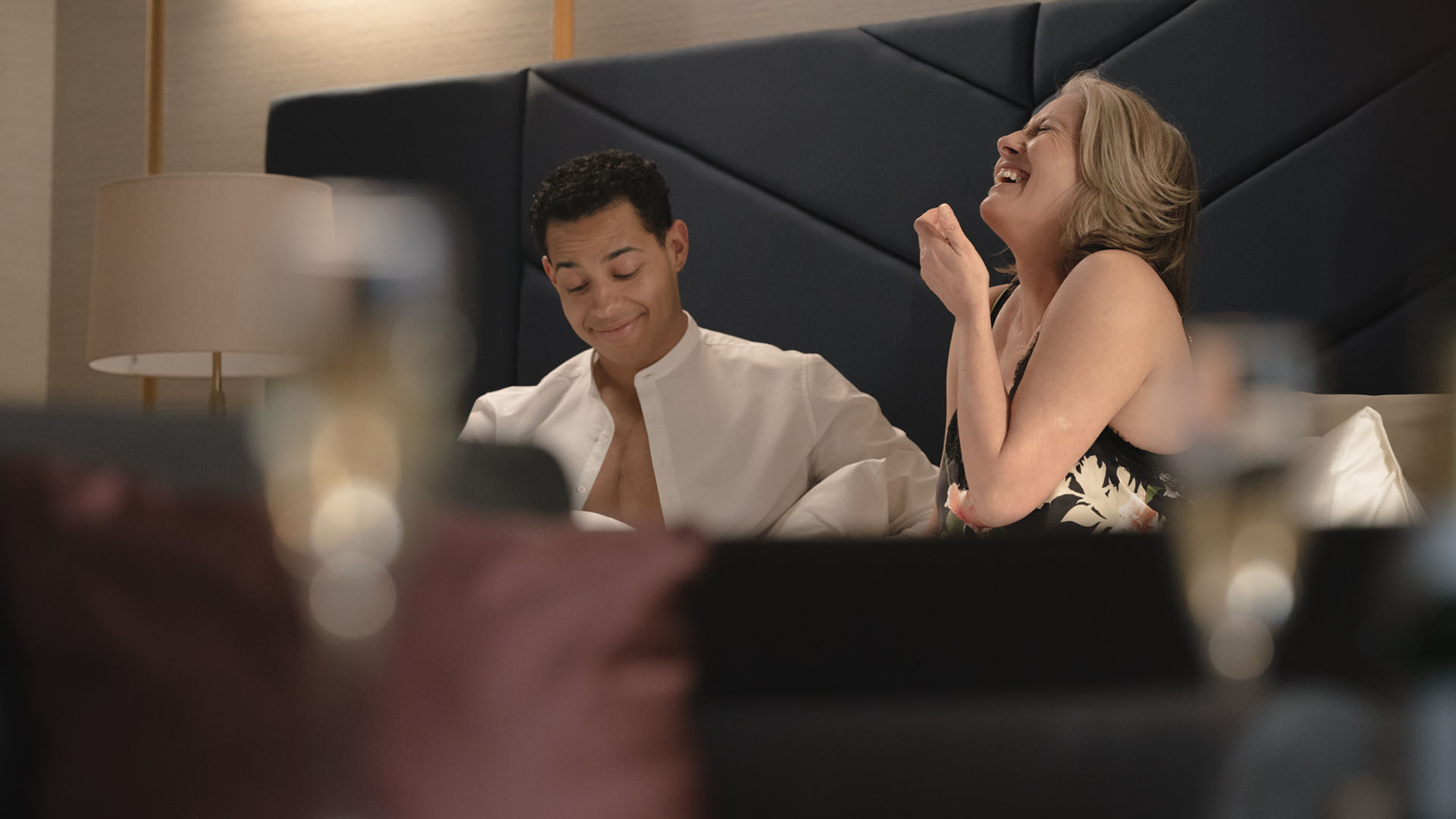 Leila Latif speaks to the director Sophie Hyde and actor Daryl McCormack about how they created an honest, respectful depiction of sex work in their new film.

Throughout her career, the bona fide national treasure Dame Emma Thompson has shown her range, playing the magical but stern Nanny McPhee (2005), Jane Austen’s Regency heroine Elinor Dashwood (Sense and Sensibility [1995]) and the devastated wife of a philandering Alan Rickman (Love Actually [2003]). In her latest film, Good Luck to You, Leo Grande, she appears as never before. Much attention has been paid to her unprecedented full-frontal nudity and stunning performance in this crowdpleasing comedy, but just as remarkable is the movie’s portrayal of sex work, and its transformative potential. 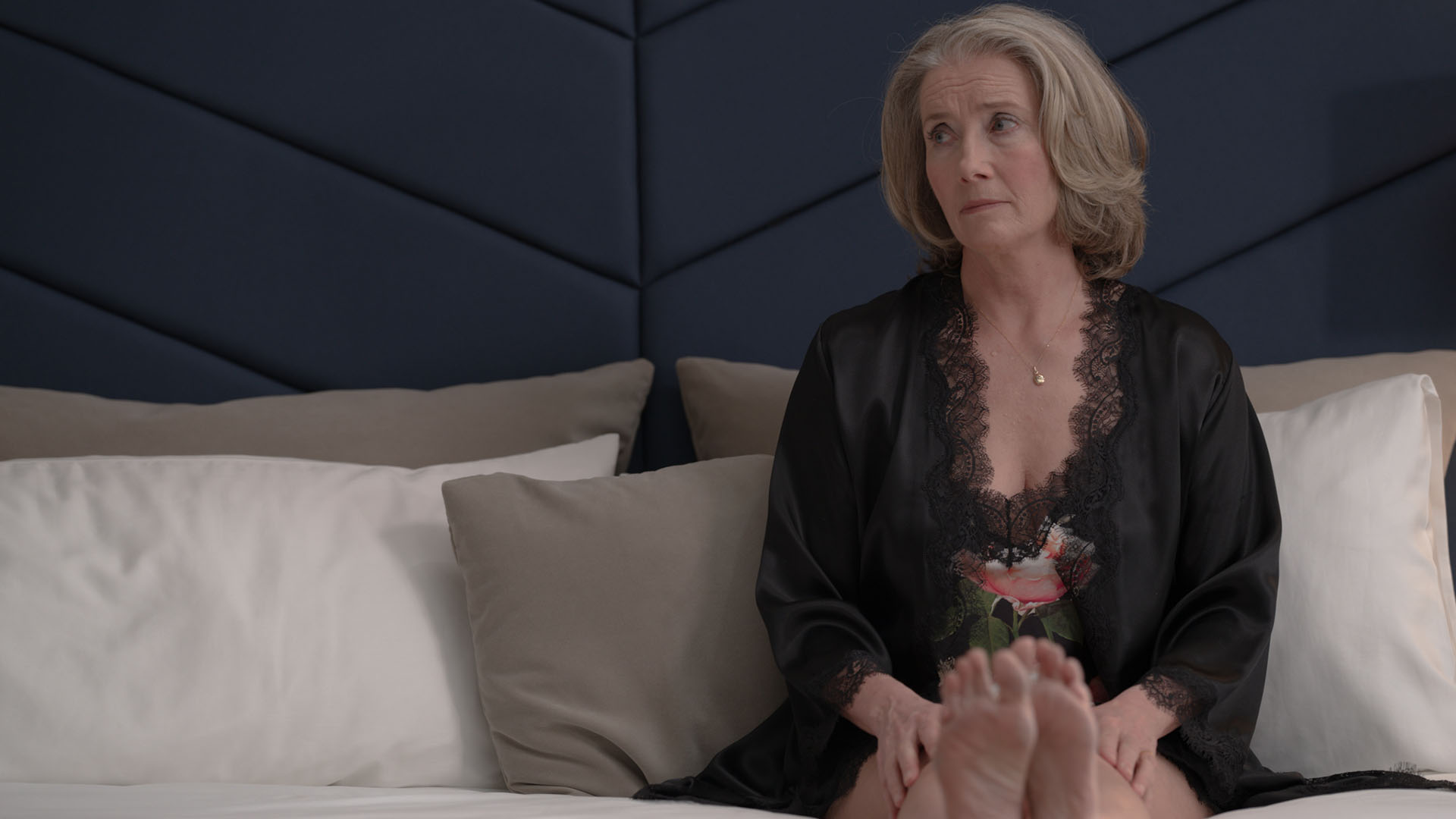 Nancy (Thompson) is a recently widowed RE teacher, who spent her whole life married to a ‘boring’ man, and the scope of her sexual experiences is limited to sporadic sessions of dutiful missionary. She decides it’s finally time to embark on a voyage of sexual discovery and we meet her, panicked in a hotel suite, with the eponymous Leo Grande (Daryl McCormack) attempting to settle her nerves. She is unable to fully accept that a woman like her – sensible, middle-aged, law-abiding – could be in such a situation, and it’s no wonder, given the pervasive societal biases against the people who buy and sell sex work. The most famous examples of it on screen, Julia Roberts in Pretty Woman (1990); Anne Hathaway in Les Misérables (2012); Nicole Kidman in Moulin Rouge (2001); and Jodie Foster in Taxi Driver (1976), are all victims of circumstance, with even the most empowered among them in need of saviours. The male alternatives – Mark Wahlberg in Boogie Nights (1997), Richard Gere in American Gigolo (1980) or Jon Voigt in Midnight Cowboy (1969) – are, at best, ambivalent towards their work, and operate within a callous, exploitative ecosystem. 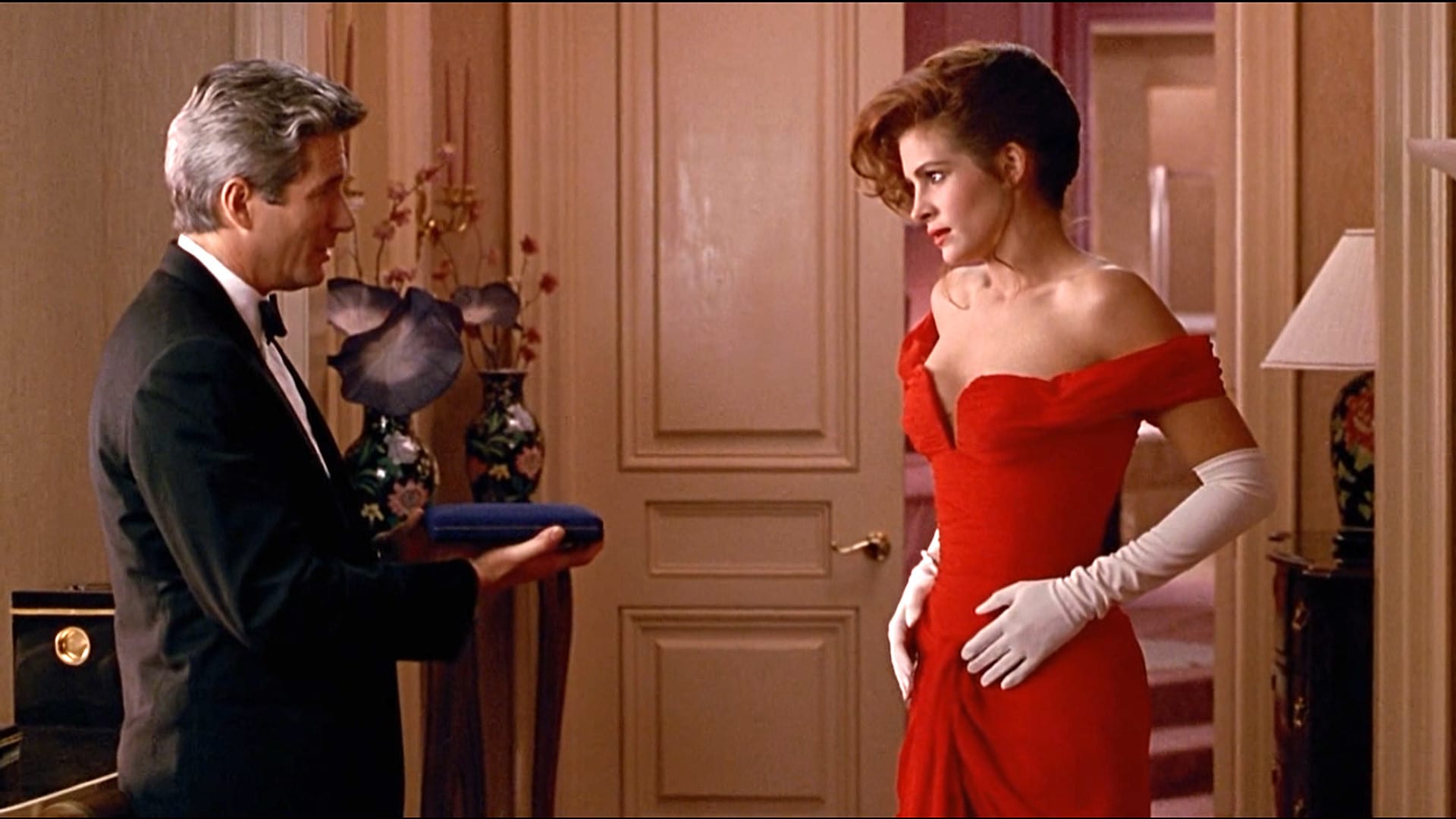 The Leo Grande director Sophie Hyde wanted to offer a more truthful presentation of this misunderstood industry. Informed by testimonies from sex workers, which she gathered during her extensive research process, Hyde shows us that Nancy at first regards Leo as a ‘sexual saint’, but across four encounters, evolves the character’s view into something more complicated. ‘There are amazing sex-worker-led organisations in Australia and the UK that we drew from,’ she explains. ‘It was important to find people who had lived experience of sex work. We discovered a whole lot of people who were so creatively aligned with us, and could respond to the script and the edit.’

As well as ensuring that Leo Grande was a fully realised character, the first-hand accounts lent authenticity to some of the tiniest details in the film, such as the fact that Leo only ever drinks a single glass of champagne, and carefully places his bag near the exit. ‘You would never spread your stuff around the whole room,’ Hyde learned. ‘You'd find a zone and keep your stuff there because this work is an interaction with another human. In those situations, there are moments where it could go wrong or feel weird. And so you want to be able to be in control. [Sex workers] are adept and knowledgeable about that.’ 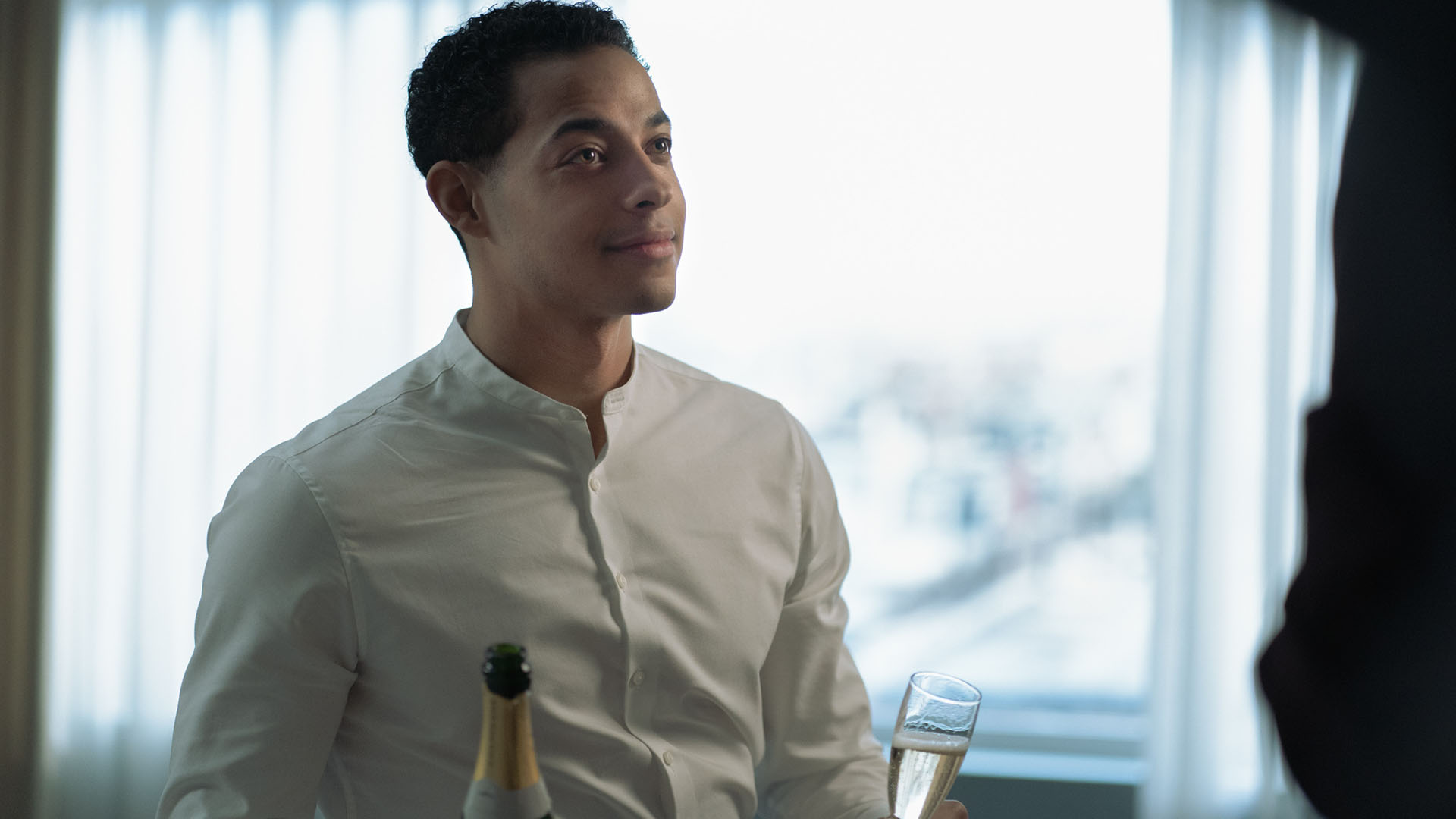 To embody Leo Grande, a sex worker who loves his job, McCormack also met with professionals and respectfully built the character with their input. He learnt that ‘it's an individual journey [for each sex worker] to establish what they wish to provide’. ‘They need to draw their own boundaries and safety within their choices first and foremost. It was really enlightening,’ he says. ‘The capacity for intimacy is so vast, some clients pay for things that you wouldn’t assume were involved in sex work.’ Nancy is fascinated by Leo’s job, and much of their connection is formed in their playful back and forth. Despite initial concerns that she has inadvertantly hired a ‘sex-trafficked orphan’, Nancy instead finds a witty sparring partner who’s work with other clients runs the gamut from cunnilingus to tenderly bathing a disabled patron. 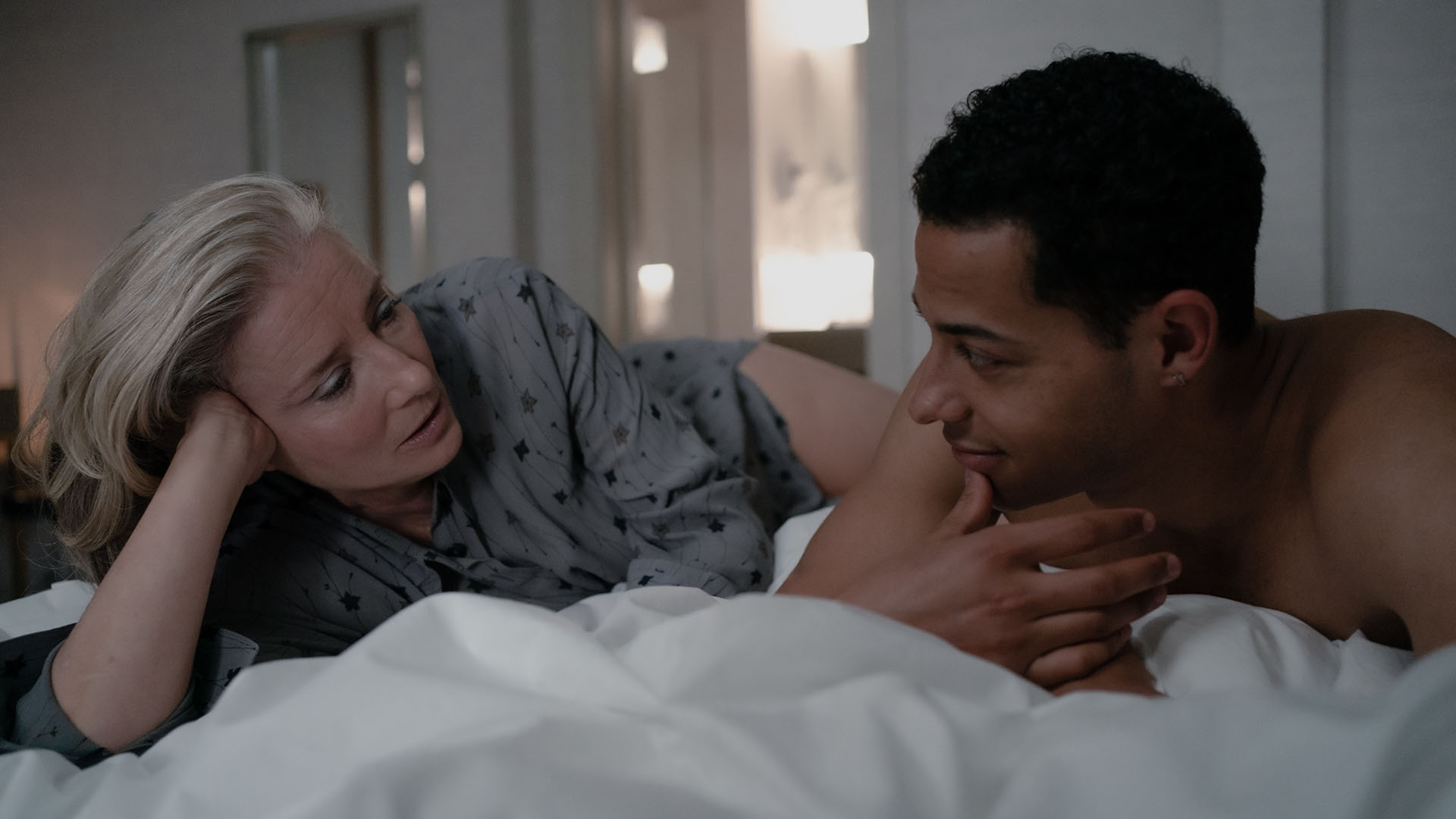 Through their wide-spanning conversation, Nancy and Leo push at each other’s boundaries and heal some long-buried wounds. According to Hyde, it was important that the film didn’t result in a conventional happy-ever-after (‘They weren’t gonna fall in love’). That also felt true to the experiences of the sex workers the team met, who may not have run away with their clients, but they reassured Hyde that ‘sometimes they did start talking about their own lives beyond their usual limitations’.

Leo ends up sharing far more about his life than he first intended, and in his performance, Daryl McCormack walks the tightrope of Leo’s limitations. He is tasked with playing both the necessary artifice and the hidden vulnerability, glimpsed for a moment or two when Nancy inadvertently says something particularly cutting. Since Leo is a consummate professional, those unguarded moments had to be subtly conveyed. ‘The script doesn't allow too many peeks into who the guy behind Leo is,’ he says, ‘but those moments when he was on his own in the room or looking at himself in the mirror show that there is a life there. There is something bubbling underneath the surface.’ 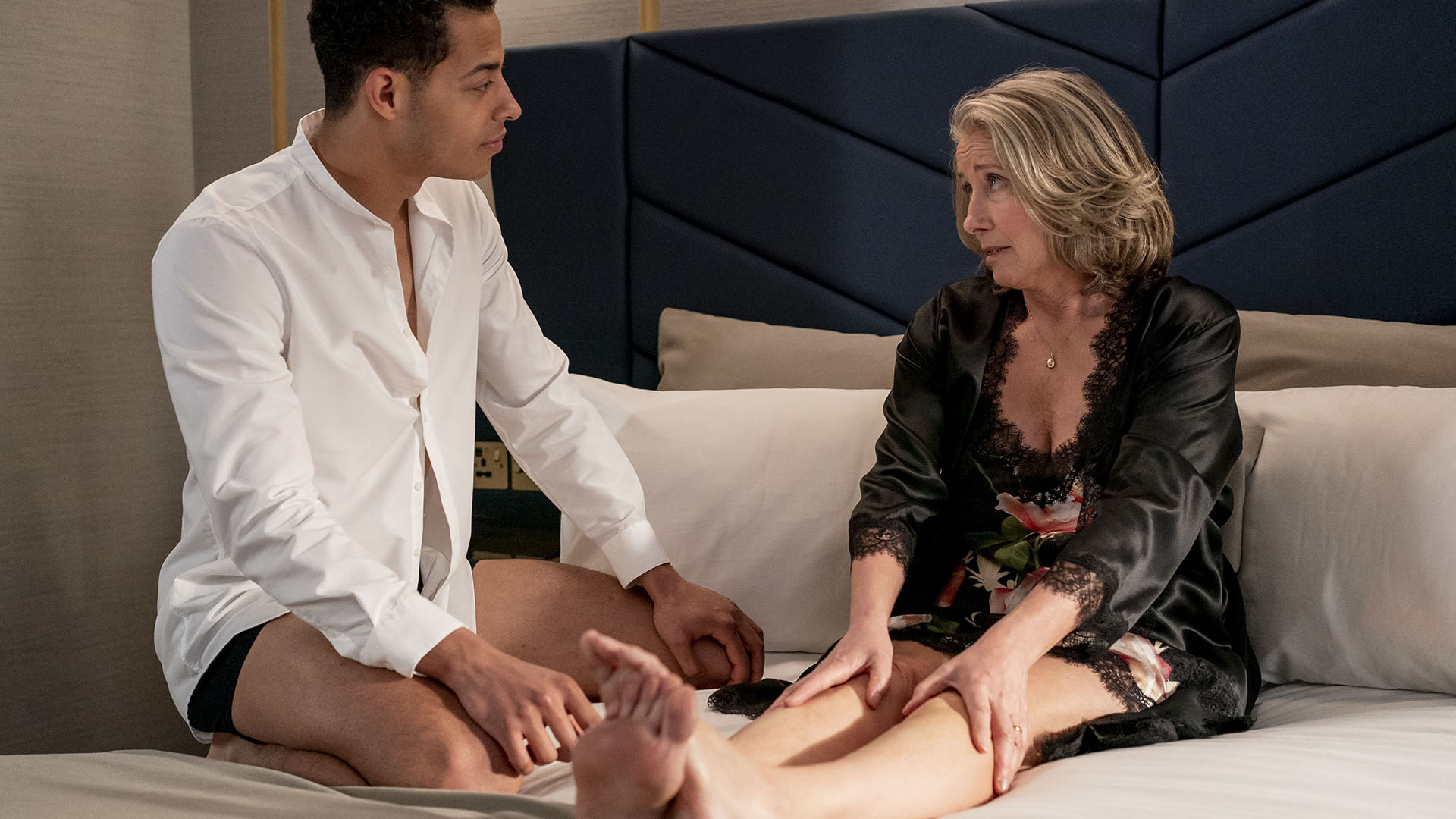 While Leo Grande may not be a saint (as Nancy assumes), he isn’t a person in need of saving either. There is no Richard Gere in a limousine to the rescue in the movie’s final act. Leo and Nancy form a bond, which is tested as the film progresses, and ultimately enjoy a mutually fulfilling encounter. McCormack was heartened that the film never judges the value of Leo’s work or Nancy for acquiring his services. ‘I was really glad that the script tied up trauma with their own individual lives. It had nothing to do with the intimacy, or the sex and liberation that they found within the room.’

Part of what Leo Grande does, both for Nancy and the audience, is hint that liberation can come not just from acknowledging what you want from sex, but also from appreciating the broad spectrum of sexual appeal. He makes Nancy stare at her reflection in the mirror and learn to admire her body, letting her know that there is something to find attractive in every person. McCormack believes in this sentiment just as much as his character. ‘We live in a world that tells us what we should find attractive through advertising, which is a simulation of perfection,’ he says. ‘It's not helped us be in touch with intimacy and desire. Leo is able to see that there are multiple things that can turn you on and everyone can spark that desire in you.’ 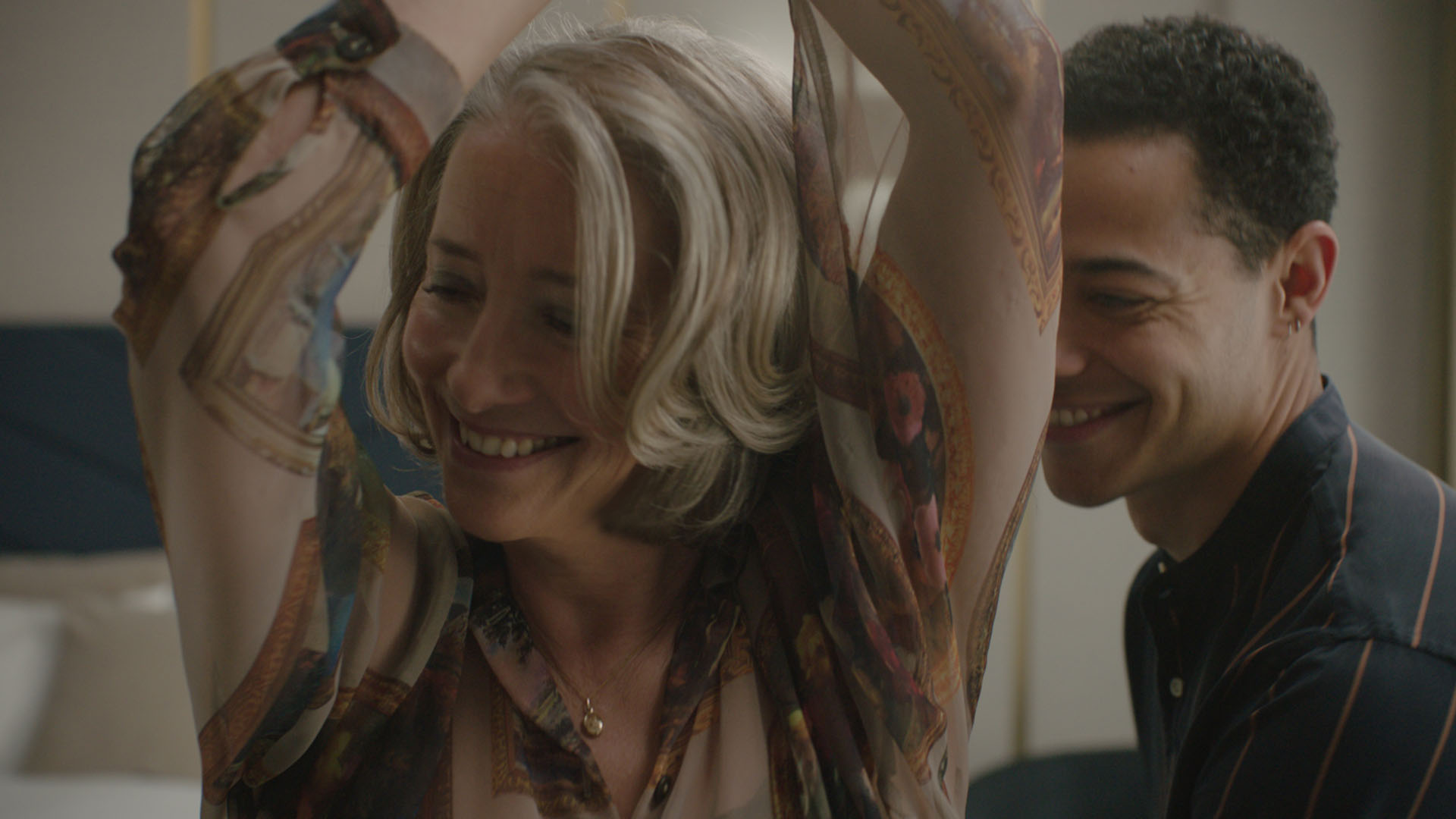 The film, with its progressive view on both sex work and the paradigm of sexual attraction, is similarly forward-thinking about nudity. When Hyde came aboard on Leo Grande, she stipulated that showing the actors’ bodies was of major thematic importance to the narrative. ‘The script was always about a male sex worker and a female client, but there were no sex scenes originally, she explains. ‘In the first couple of meetings, I was like, this is a film about sex. If we are saying we have to get rid of shame about our bodies, then I also want that to be part of the story.’ The sex between the two is relaxed and playful, a far cry from the woman we first meet, gripping on to her champagne glass so hard her knuckles turn white. The two now lounge in post-coital bliss, Leo having formed an unexpected connection and Nancy liberated in her nakedness. Both are warmly admired by the film’s feminist gaze.

While there’s no one single experience of sex work, romance, or one type of body to be desired, Good Luck to You, Leo Grande reminds us that no things in life, or sex, are entirely predictable. That connection with a person, or indeed a story, can come when you least expect it.

WATCH GOOD LUCK TO YOU, LEO GRANDE IN CINEMAS