Titane and the Monstrous Pregnancy

There’s much that has been said about Julia Ducournau’s Titane. Straight out of its Cannes premiere, it was labelled the year’s ‘most shocking film!’ and there have been reports of people fainting at screenings and needing to be carried out in stretchers. That hype around it isn’t entirely unearned. Yes, Titane is gruesome and, yes, its star Agathe Rousselle has sex with not one but two cars. But Titane is so much more than that. It’s as shocking with its tenderness as it is with its violence, and yet to be much more specific than that would spoil much of the fun.

Suffice to say, one early plot detail is fair game, and if anyone knows anything about Titane, it is that it is the film where a woman is impregnated by a car. Our protagonist Alexia (Rousselle), with adrenaline coursing through her veins after stabbing her hair pin deep into the skull of an unwelcome admirer, comes across a stunning lowrider Cadillac, emblazoned with orange flames across the hood. Unable to resist its charms, she gets in to the back seat, strips off and has sex with the object of her desire. 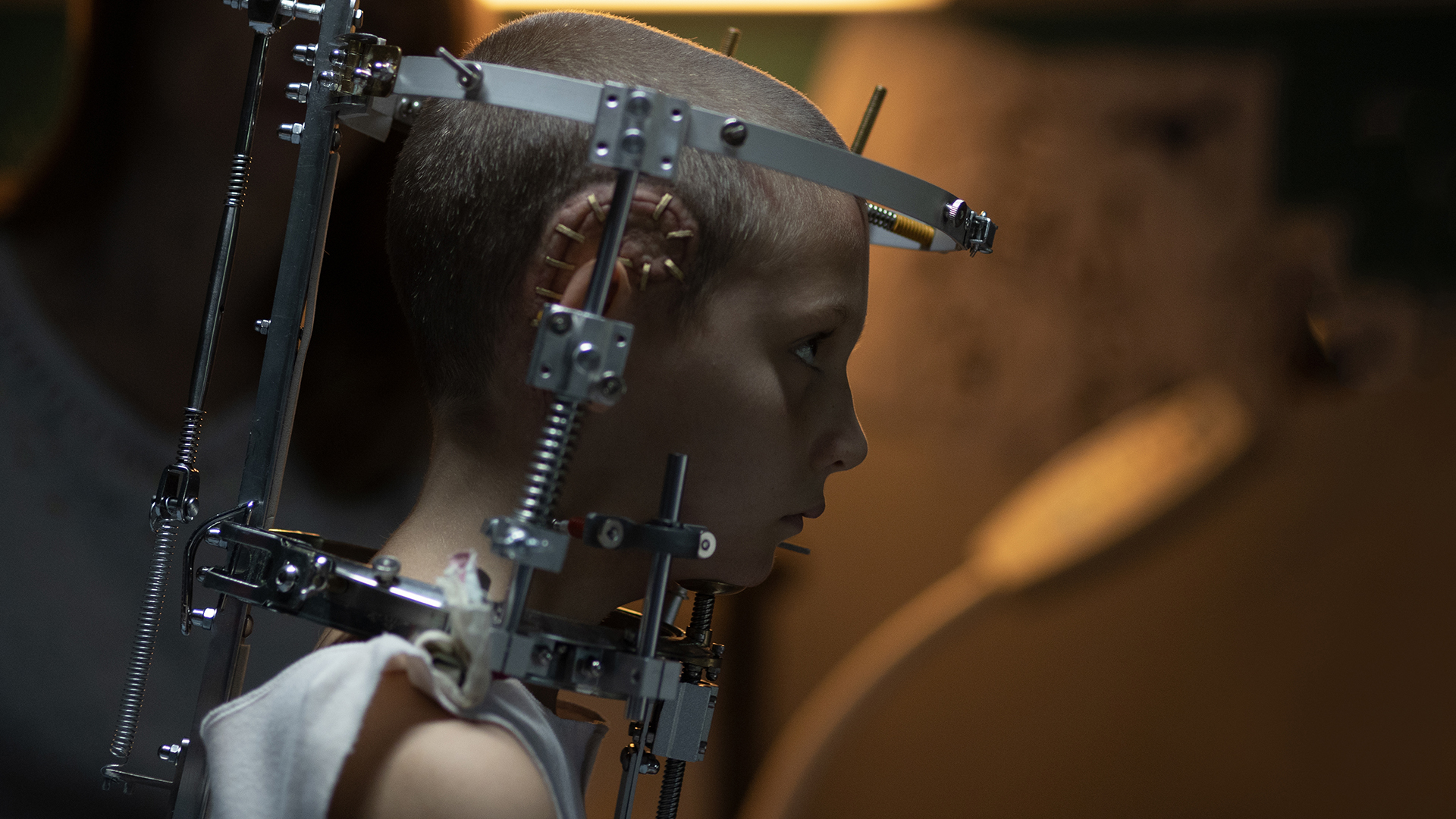 Unfortunately for Alexia, this leads to an unwanted pregnancy, and like so many unwanted pregnancies, the realisation is a slow nightmare. The blood drains from Alexia's face as she absorbs the weight of what has happened, showcasing the exemplary wordless acting that Rousselle does throughout. Engine oil leaks from her breasts and vagina, and attempts to perform a makeshift abortion fail. In this, one of the film’s most disturbing scenes, she shoves a hair pin, her instrument of murder, into her own cervix, hoping against hopes to terminate the pregnancy, but to no avail. The pregnancy is monstrous, growing preternaturally fast and making its inhumanity distinct with metal and oil moving through her body. It’s one of the most compelling monstrous pregnancies in cinema, capturing the worst of gestating an unwanted child, the lack of agency over your own body and powerlessness over your relentless transformation.

Horror and science fiction have often created monstrous pregnancies on screen. The most famous is probably Mia Farrow’s devastatingly realised turn in Rosemary’s Baby (1968). She plays Rosemary, a young woman married to an ambitious actor who makes a pact with the Satanic cult living in her building and offers up her womb as a vessel to bring forth the Antichrist. Rosemary’s growing sense of dread as the pregnancy progresses, her discomfort within her body and creeping terror over what it is that she might be incubating parallels Alexia’s in Titane. Both films carry a slow-burn eeriness that is impossible to escape from since it emanates from within. 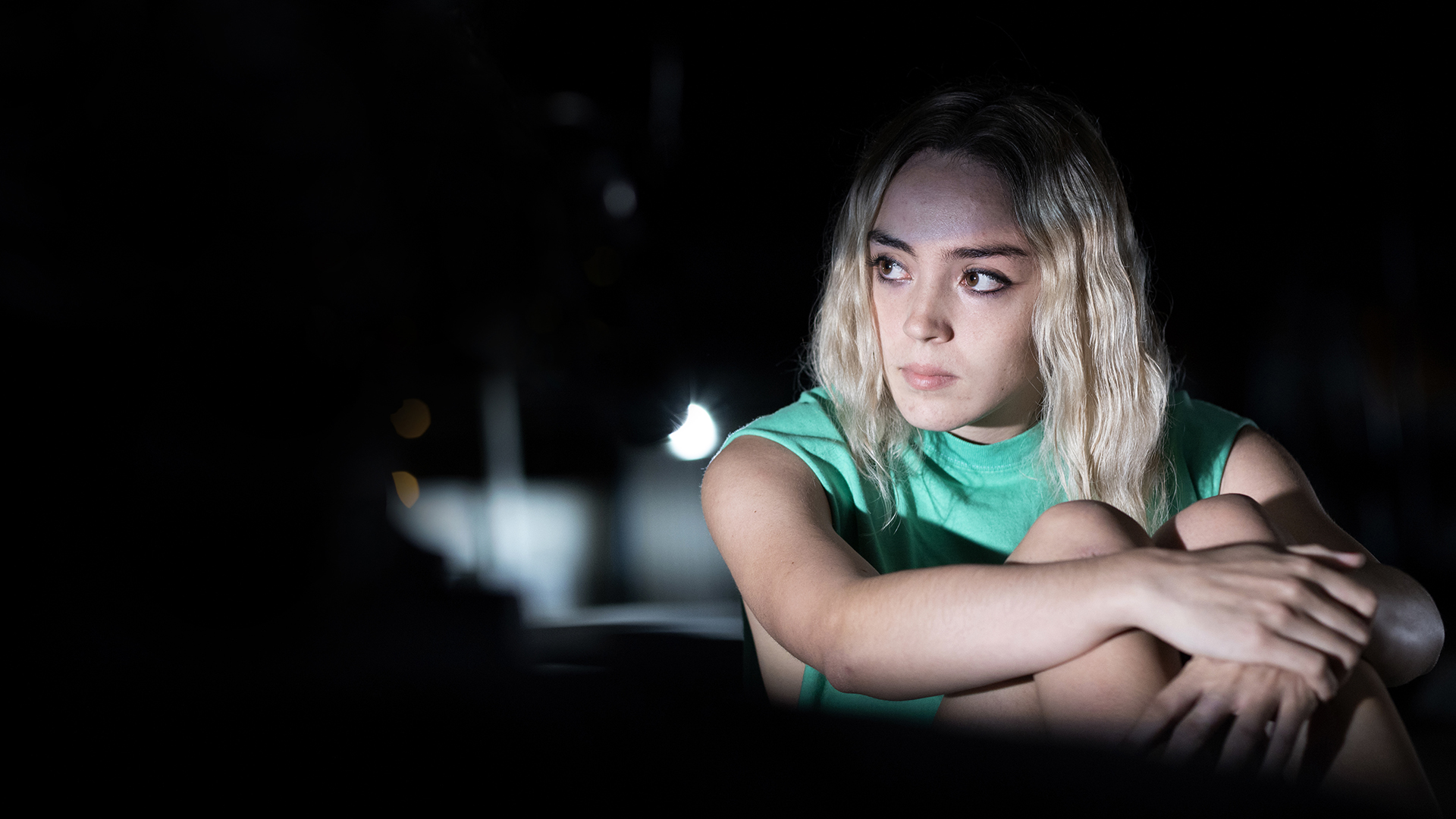 Even more extreme, but no less culturally significant, are the ‘pregnancies’ of the Alien (1979) films, where people exploring the limits of space are used as vessels of reproduction. Foreign alien beings take over their unwilling bodies, incubating within before bursting out in spectacular violence. Ridley Scott’s xenomorphs, stunningly designed by the Swiss artist H. R. Giger, have long been read as tapping into particular masculine fears of penetration and impregnation. The first ‘birth’ erupts out of John Hurt’s chest and an inhuman baby with acid blood skitters across the floor. The birth of Titane is no less extreme: it defies as many conventions as the xenomorphs, while similarly playing with the gender of the expectant ‘parent’. Titane never specifies Alexia’s gender identity or sexuality beyond a nebulous queerness, but she subverts the typical image of cis-het motherhood. Alexia’s identity eludes the same easy labelling that the pregnancy does.

There are, however, monstrous-pregnancy tropes that Titane does follow, from unwilling conception to unbearable birth Ducournau’s film is reminiscent of the schlocky B-movie thrills of James Gunn’s Slither (2006), the unhinged madness of Beyond the Door (1974), the grotesque Cronenberg body horror of The Brood (1979) and The Fly (1986). The pregnancies are involuntary, the births horrifying and the impregnated person’s agency is slowly chipped away as the ‘child’ takes precedence within their body. But where Titane differs is in its holistic approach to Alexia’s pregnancy, getting into the emotional and existential ramifications it has on her, while never flattening her experience as inhuman. Although the ‘baby’ growing inside her may only view Alexia as an incubating vessel, Ducournau makes you mourn for all the flesh and freedom as it is stripped away. 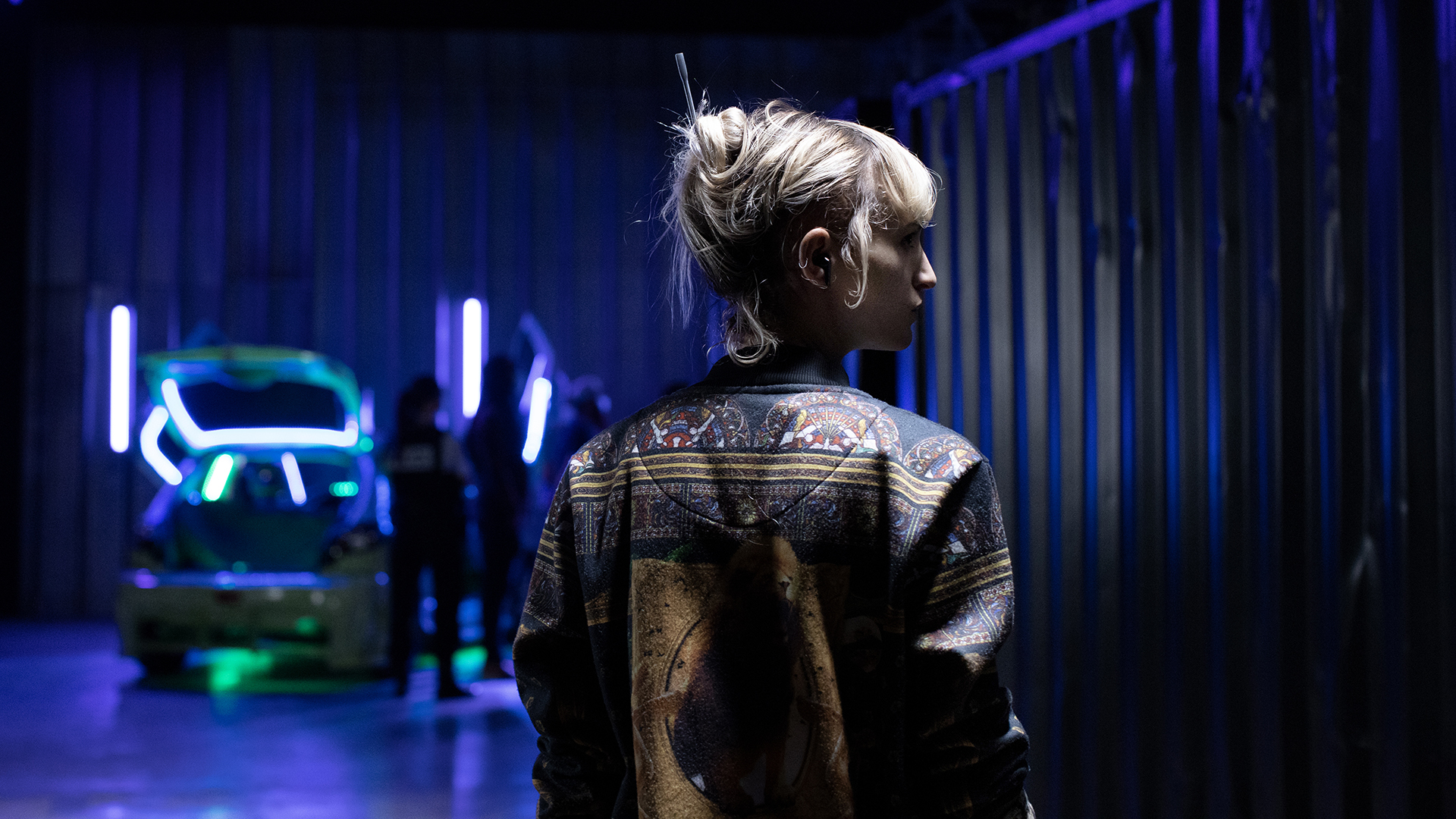 Titane is not the first time Ducournau examined that shift in power, from the cerebral to the corporeal. Her first feature Raw (2016) – which similarly had people fainting in the aisles when it first screened – was the story of Justine (Garance Marillier), a young woman and lifelong vegetarian starting veterinary school. Over the course of the film, Justine is overcome by a desire to consume raw flesh, something that overpowers her and can be compromised with but not ignored. While Justine’s predicament doesn’t come from gestating anything monstrous, its underlying themes overlap with those of Titane. Each film is told through a distinctly feminist lens, and is concerned with an unconsenting and irreversible transformation of the self, with Raw tied to family, coming of age and the vulnerabilities of young womanhood

It’s fitting, then, that Titane, the only one of the aforementioned films directed by a woman, offers the most thematically rich monstrous pregnancy that connects to the visceral agony of unwanted motherhood. Alexia didn’t choose this pregnancy, she actively chooses against it, and yet it persists, tearing through her body and mutating it into something foreign to her. Her pregnant form becomes cancerous, gestating a force that is transforming her cells on a molecular level.

Julia Ducournau’s Titane is so much more than just a film about a monstrous car pregnancy: it’s a gut-wrenching lamentation on family, sex, grief, identity and the body. But its core lies in the womb of its protagonist – therein resides something unexpected, horrifying and utterly mesmerising.