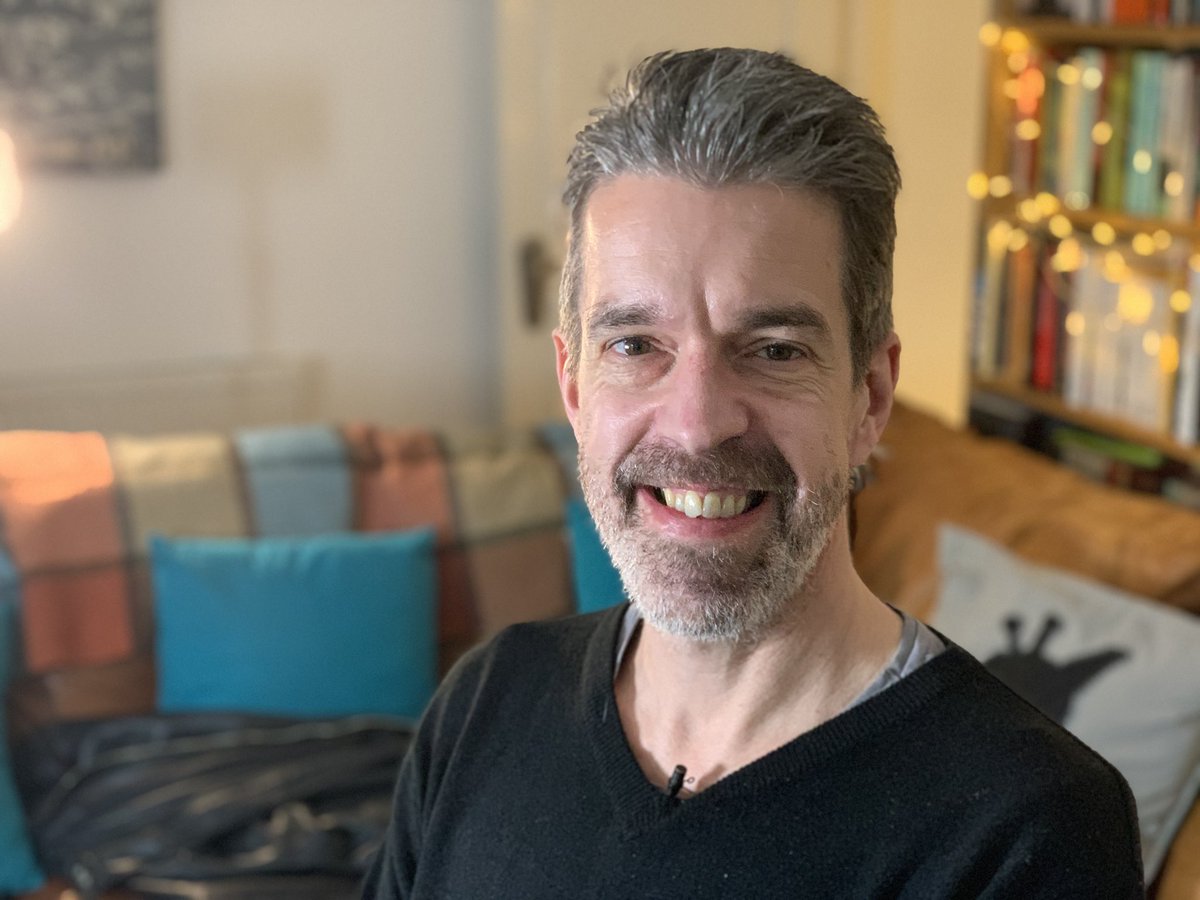 With his extraordinary film noir, Nightmare Alley, the brilliant Mexican director Guillermo del Toro pulls off the trick of venturing into new terrain, while still giving full voice to his personal obsessions and spellbinding imagery.

Based on William Lindsay Gresham’s obscure 1946 novel, and set in a 1930s America laid low by the Depression, the film probes the depravity of the human soul. Bradley Cooper’s Stanton Carlisle is the most morally ambiguous of all del Toro’s protagonists: a silk-tongued conman who works his way up from fronting Toni Collette’s carnival medium to running elaborate scams on New York society dames under the guise of being a mentalist, able to commune with the dead. Stanton has a dark past and darker future. He will be drawn into the webs spun by the slippery Lilith Ritter, a psychologist and femme fatale, wrought in icy perfection by Cate Blanchett. After his Oscar-winning triumph The Shape of Water in 2018, del Toro has been so embraced by Hollywood that he is now able to attract its most revered actors, and Nightmare Alley’s supporting cast includes Rooney Mara, Willem Dafoe and David Strathairn, all of whom glide easily into his world.

Gresham himself cuts an intriguing figure. Like del Toro’s great hero, literature’s master of the weird and inventor of the Cthullu mythos H.P. Lovecraft, he never got the acclaim that was due. He had served as a medic in the Spanish Civil War – making a tangential connection with the director’s previous films The Devil’s Backbone (2001) and Pan’s Labyrinth (2006), both of which are set against the backdrop of this military conflict – but fell was prey to demons, and the lure of the bottle.

This is del Toro’s first film not to contain explicit supernatural elements. After a career devoted to drawing thematic life from the fairy-tale, horror, science-fiction and superhero genres, he appears to be playing it straight. He had longed to try his hand at film noir. As much a style as a genre, the movement of post-war American thrillers is marked by a taught psychology, claustrophobia, expressionist settings and a nihilistic take on human nature. In the shadowy realms of noir, villains and heroes come clothed alike. Like the classics of the genre – Double Indemnity (1944), The Big Sleep (1946) or The Third Man (1949) – Nightmare Alley is a film about good old human corruption. The monsters look like movie stars.

Indeed, there exists a 1947 black and white adaptation of the story starring Tyrone Power, made at the height of the classic noir era. But it fell victim to 20th Century Fox head Darryl Zanuck, who was appalled by its downbeat ending and limited its release, leaving it to languish on the midnight-movie circuit. Connoisseurs, like del Toro, naturally hold it in highest esteem.

The possibility of adapting Gresham had been lurking in the shadows from the very beginning of del Toro’s career. Actor Ron Perlman (the former Hellboy, who appears in the director’s latest offering as carnival strongman Bruno) gave his friend a copy of the book while they were shooting his debut, the vampire thriller Cronos in 1992. Del Toro was struck by its savage tone and a disillusionment with the American Dream. There was a poignancy too in its exploration of how easily hope can be toyed with; how willing we are to fool ourselves. Del Toro was also fascinated with how the novel made an intuitive connection between carnival mentalism and the rise of psychoanalysis in America in the first half of the 20th century. There is also a line to be drawn between directors and magicians Surely film is the ultimate sleight of hand, convincing us to believe in the impossible?

A leaning toward film noir can be felt throughout del Toro’s work, which is filled with clandestine worlds that give way to the magical. You think of the sewers of Blade II (2002), almost monochrome like the underworld of The Third Man (1949). While both Hellboy films occupy a space of fairy-tale noir, what you might call a cynical take on fantasy, where somewhere beneath the streets of New York a disillusioned hero reluctantly tries to set the universe to rights. Perlman’s demonic hero, draped in an overcoat, is channelling something of Humphrey Bogart’s world weary private eye in The Big Sleep. 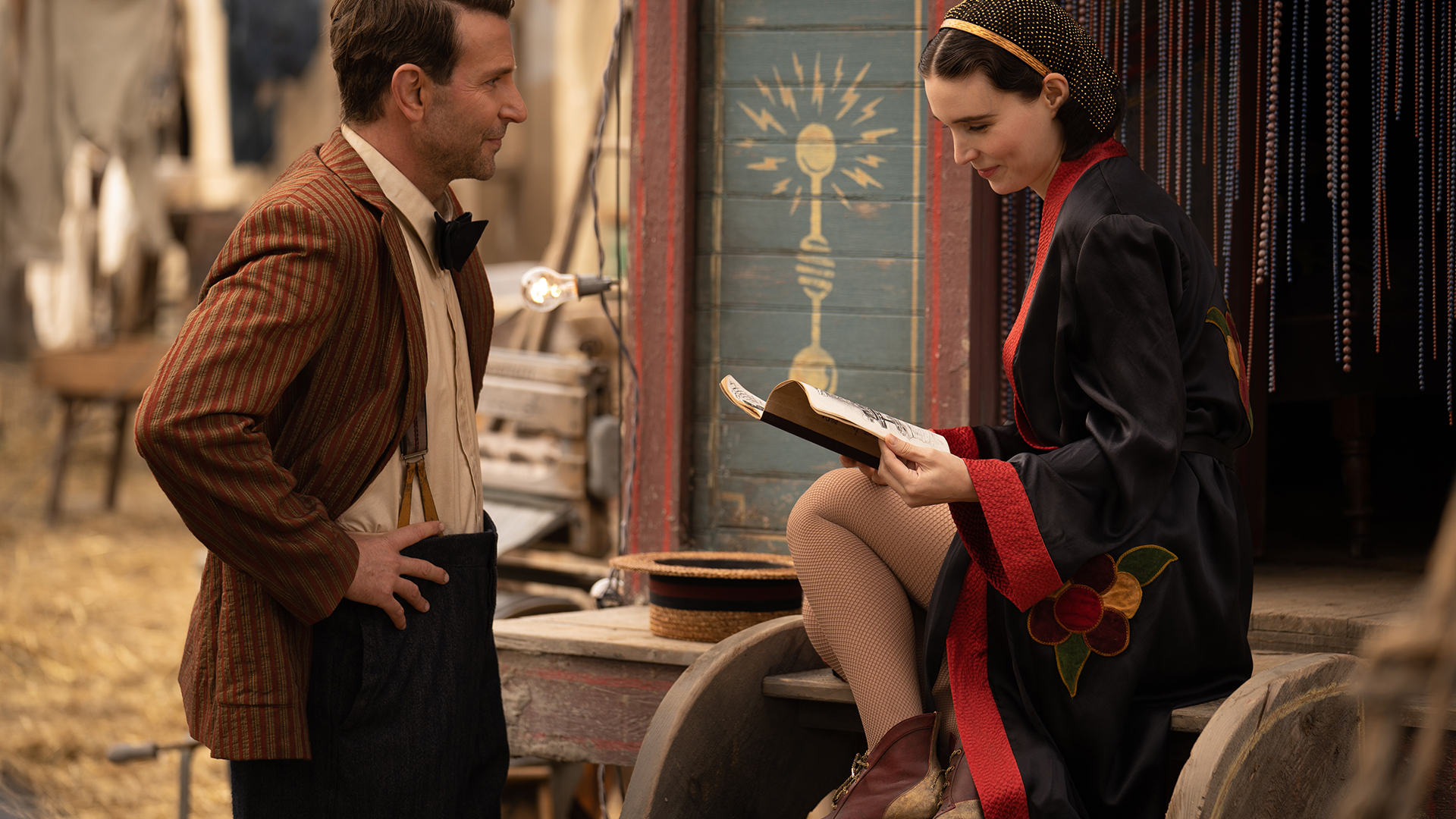 But don’t let that fool you. As with all his films, del Toro is once again juggling genres like knives. You think of the way Cronos is both family drama and horror, or that Pan’s Labyrinth combines fairy tale and historical drama. While Nightmare Alley is primarily a film noir, it is also a freakshow tragedy, a portrait of fractured human psyches (that of Stanton, certainly, but Lilith too) and, in its oblique way, it is a horror story. Every character is to some extent haunted. This is a world still scarred by World War One, looking to carnival tricks to provide some kind of hope. Nightmare Alley is a film noir that gazes into the occult.

When del Toro was a boy, his mother taught him how to read the tarot. She had a deck with her at all times, carried in a velvet pouch, whose cards were worn thin from frequent handling. The tarot offered a secret, symbolic code that del Toro has applied to his films so that they might be read the same way. ‘Symbols tap into the cosmic root of our being,’ he once claimed. His design ethos – devils, knights, fairies, lovers, trickster fauns, representatives of death, with vast clockwork wheels and infernal machines – charts a visual tarot, which he invites the viewer to interpret. He even uses the cards to navigate his storytelling. If in doubt, turn to the deck. The mysteries of the tarot –  the concept of a destiny you cannot escape – lie at the black heart of Nightmare Alley.

Gresham had been obsessed with the tarot and constructed the novel around the 24 Major Arcana (also known as the trump cards of the tarot, which include The Fool, The Hanged Man and The Lovers). Within the story, the deck is read with some accuracy by Collette’s medium Zeena. There is always a hint of a greater power at work – a spiritual influence, maybe even God. 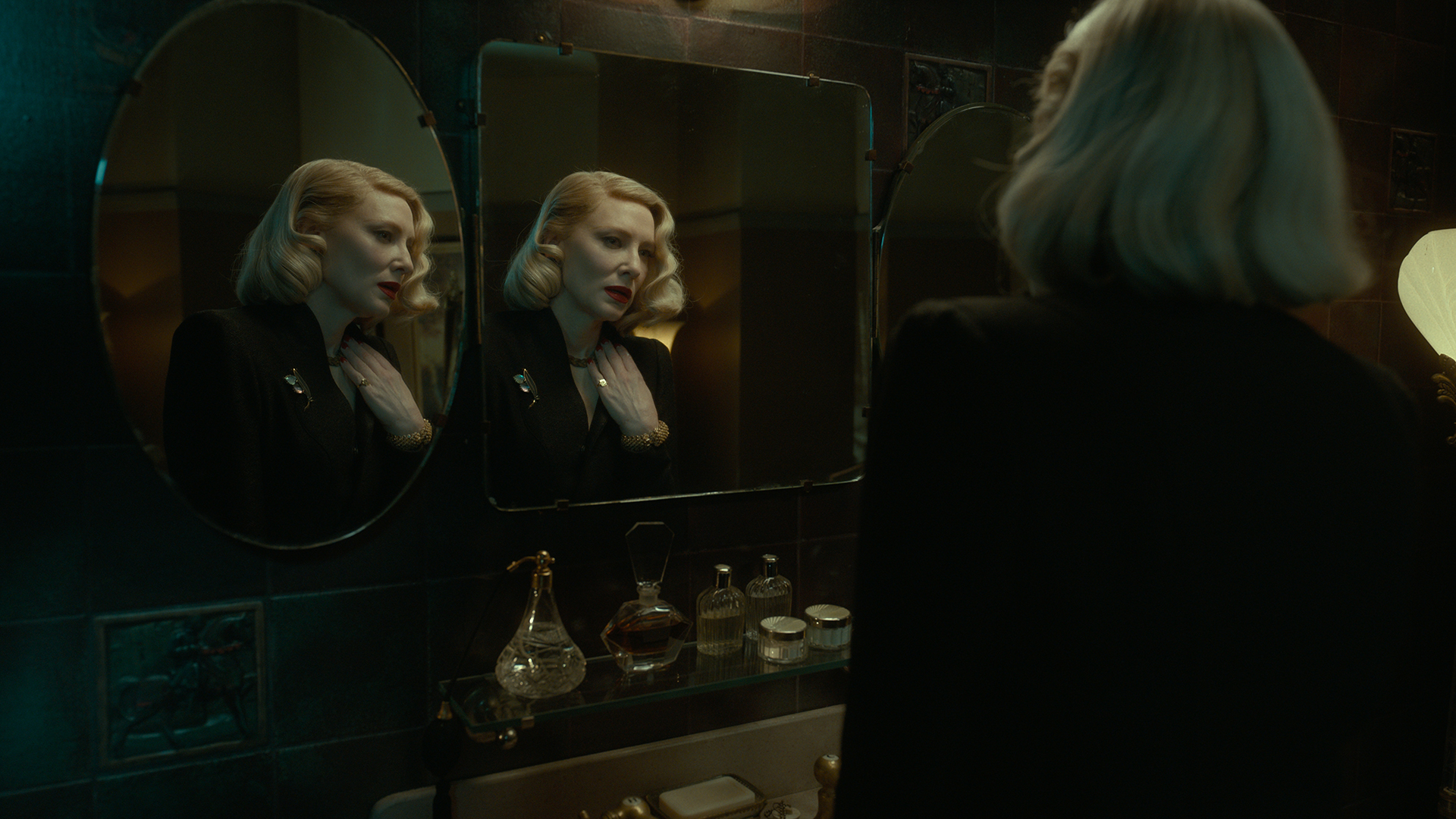 And being del Toro, this is a film of quotations. Not simply the nods to film noir, the travelling carnival and its peculiar family of performers wending its way across the Mid West, recalls the traditions of Dumbo and Pinocchio. Most of all, he was paying homage to Tod Browning’s Freaks, the cult 1932 horror about a vengeful circus troupe, which cast genuine sideshow performers. (‘There has never been a film like this again,’ he declared on Twitter.) Amongst the profusion of gorgeous imagery, he is even quoting himself: dead babies pickled in jars like those in The Devil’s Backbone, the carnival’s steampunk contraptions remind you of the clockwork kingdoms of Hellboy (2004), ghostly visions straight out of Crimson Peak (2015), images of eyes are everywhere as they are in The Shape of Water and the imprint of endless labyrinths. Gone are the lonely, otherworldly children (Carlos in The Devil’s Backbone or Ofelia in Pan’s Labyrinth), any hope of romance, to be replaced by cynical adults on the make – Stanton may be the bleakest soul ever encountered in one of del Toro’s films, spiralling into self destruction. Nightmare Alley certainly marks a new phase of his career, a world filled with sexual manipulation and greed, but in the crew of carnival outsiders, a gang of honest weirdos, del Toro still finds his kindred spirits.

Ian Nathan is the author of ‘Guillermo del Toro: The Iconic Filmmaker and his Work’, which is out now.