Humour & Levity in Everything Went Fine 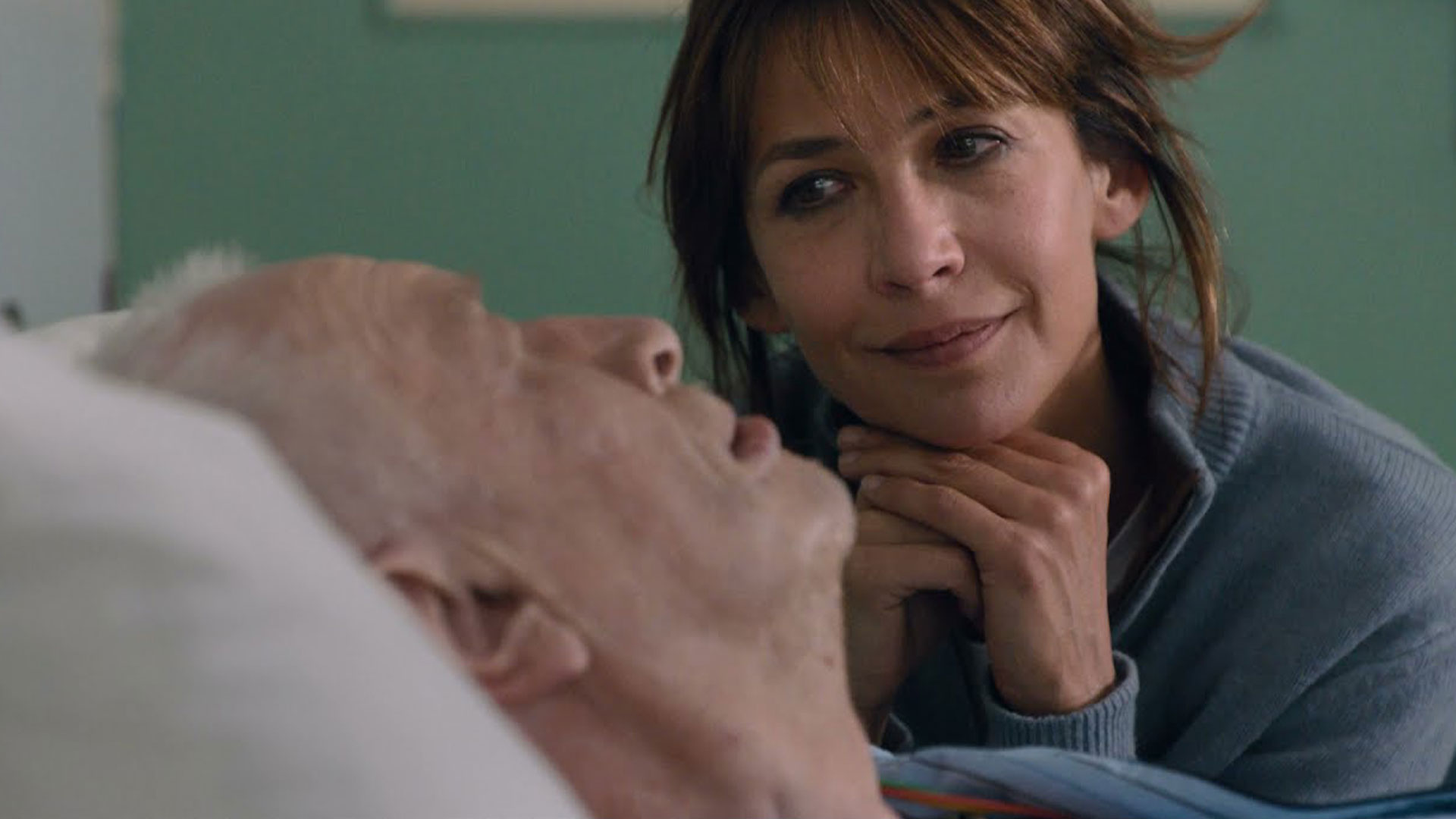 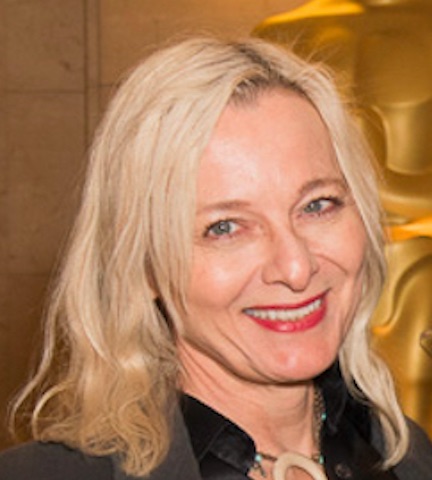 Karen Krizanovich explores the complex father-daughter relationship at the heart of François Ozon’s latest film Everything Went Fine, outlining how the film finds nuance and humour in its personal and moving approach to an otherwise heavy subject matter.

To be born is a death sentence: grasp that and the rest is easy. At a glance, this is the comedic core of director François Ozon’s latest film, Everything Went Fine, a sleek, pacy, thoughtful film that, at the surface, seems to be about euthanasia. Based on the autobiographical novel by the late author and screenwriter Emmanuèle Bernheim – Ozon’s longtime collaborator and friend who scripted two of his films, Swimming Pool (2003) and 5x2 (2004) – the film is about euthanasia as much as a walnut cake is about nuts. ‘The film never becomes a debate about euthanasia,’ says Ozon, who co-wrote the screenplay. ‘Obviously, we're all led to ponder our own feelings and questions about death, but what I was interested in, above all, was the relationship between the father and his daughters.’ 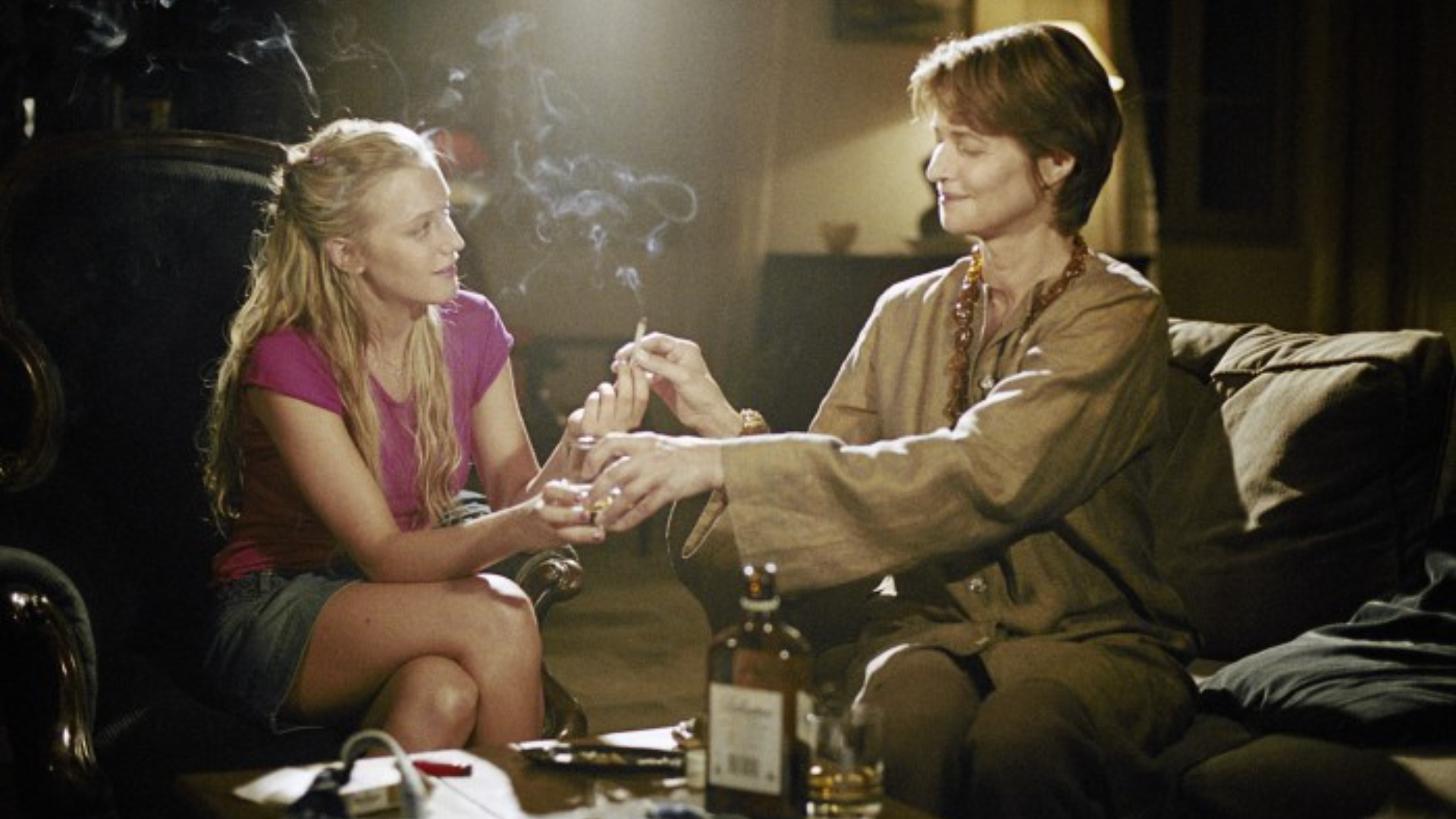 Father-daughter relationships have always been a popular cinematic trope; To Kill A Mockingbird (1962), Hanna (2011), Interstellar (2014), Toni Erdmann (2016) and, the ultimate proof, Father of the Bride (1950, 1991 and 2022). Fathers and daughters have an important if sometimes fraught dynamic, with folklore insisting that the father sets the template for his daughter’s choice of life partner. 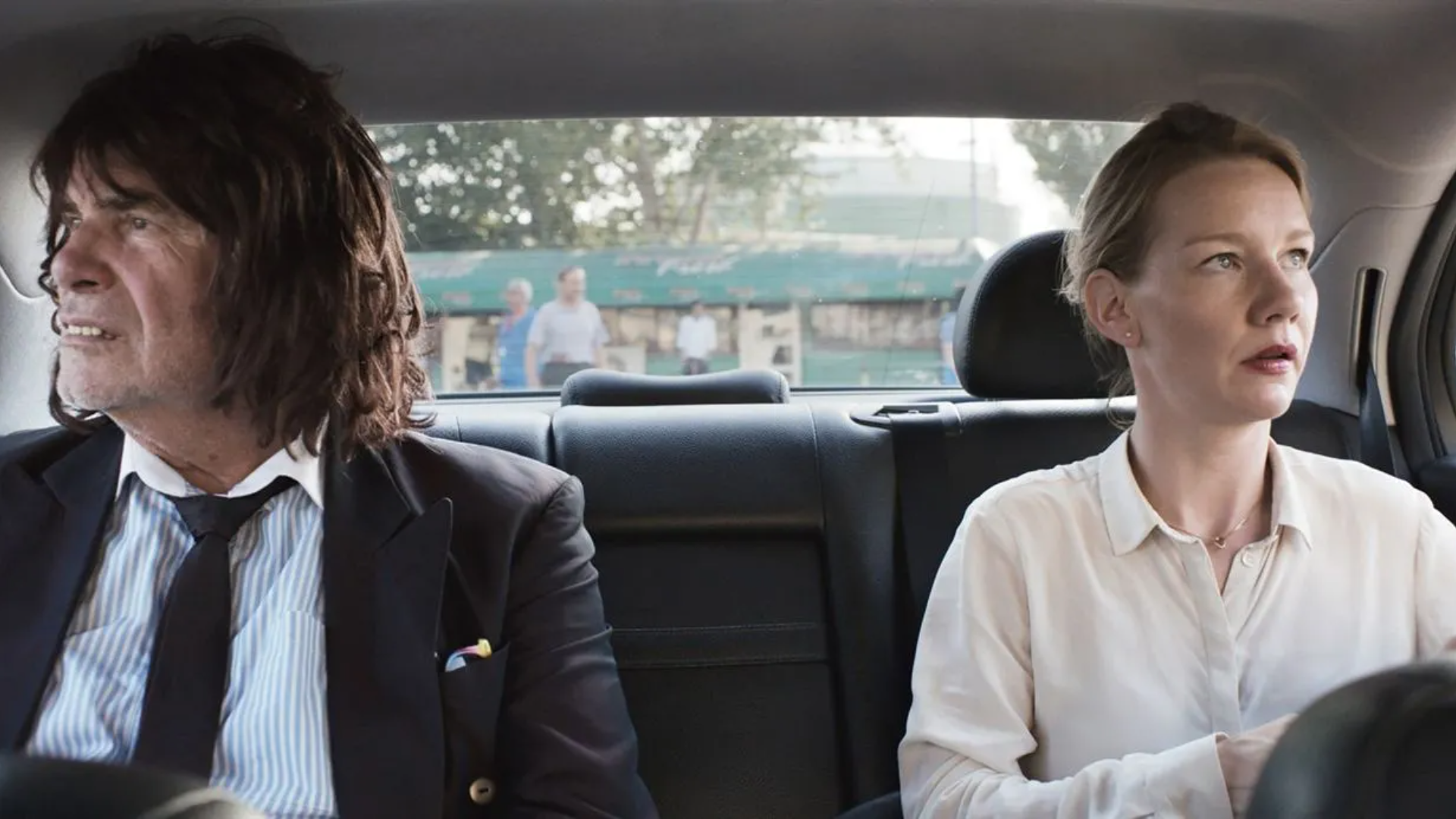 In Everything Went Fine, as we discover more, we hope that this myth does not hold water. In flashbacks we see the harsh criticism doled out by the narcissictic art collector André Bernheim (André Dussollier) to his pre-teen daughter Emmanuèle (Sophie Marceau in her first Ozon film). When she fails to read a map, he calls her an idiot. Silent and furious, she stuffs her face as her father shames her for overeating. The youngest sister Pascale (Gérealdine Pailhas) may have escaped these terrors, but when the seriously ill André asks for help to end his life, he asks Emmanuèle, whom André calls ‘the son I never had’.

Three-time César winner André Dussollier plays André Bernheim with self-obsessed relish. With a shaved head and heavy prosthetics to mimic the paralysis of a stroke, Dussollier’s Bernheim has a caustic charm. Even debilitated, his narcissism is as jaw-dropping as Emmanuèle’s love for him. Make no mistake: she loves her father, but she does not like him. When in the hospital she offers him her own sandwich for his lunch. He takes one bite out of the centre and waves the unappetising remainder away. This slice of bread, with cream cheese and salmon, metaphorically sums up the gist of their relationship: she gives, he takes. Once home, Emmanuèle contemplates the sandwich. Over a series of days, she wraps it up, puts it in a container then freezes it. No longer a sandwich, it is a triangle of painful sentiments. 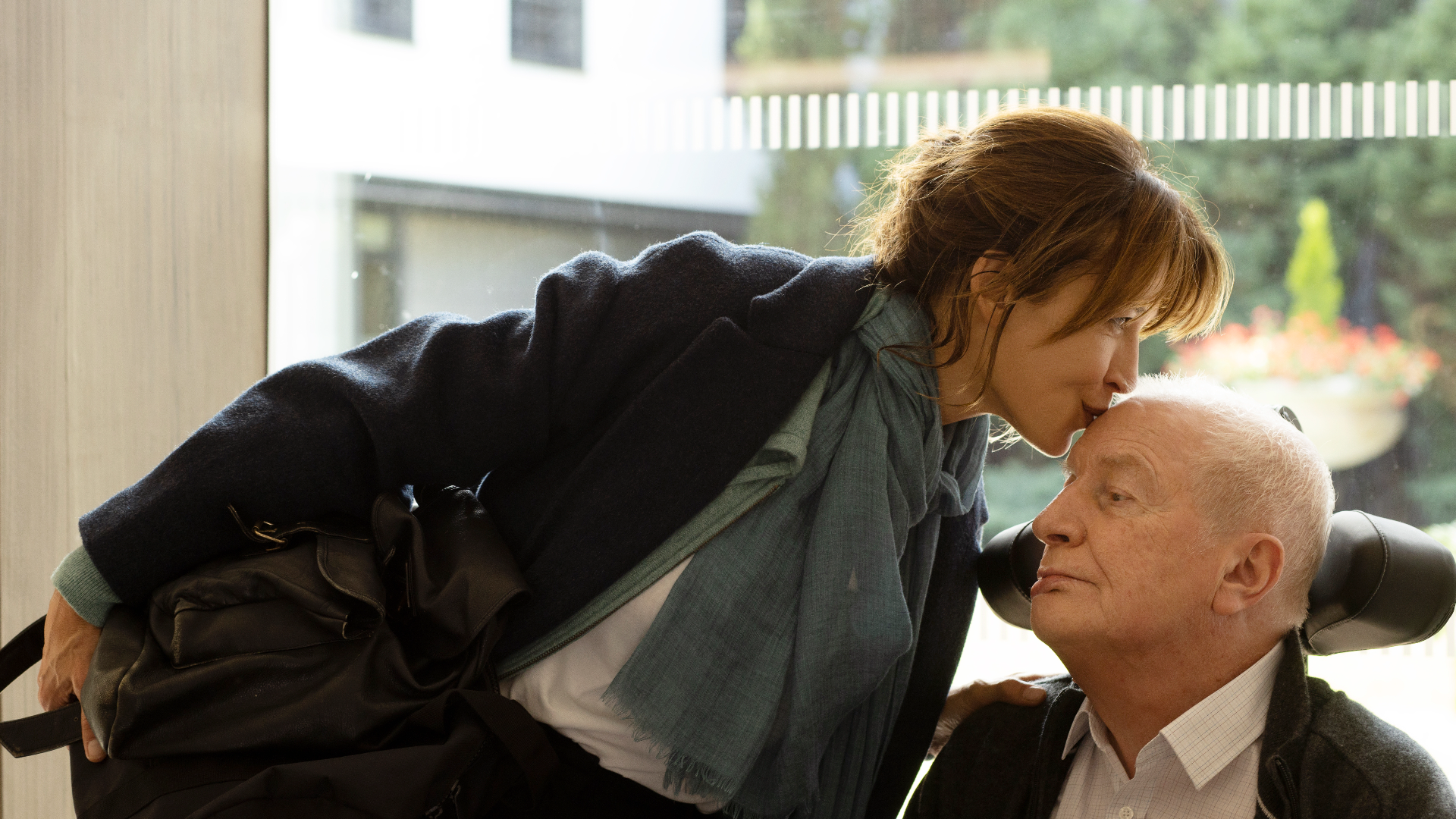 In the aftermath of her father’s stroke, Emmanuèle does not wallow. While grief stikes in many moments, she remains active – she swims, takes boxing sessions and runs on the treadmill – and remains logical about the situation at hand. According to Marceau, the dynamic between this father and daughter is one of practicality. She says, ‘Emmanuèle is subjected to his death, whereas he has chosen it […] They’re pragmatic esthetes. They waste no time with small talk or complaints. “No crybabies!”’

Charlotte Rampling, who played central characters in two of the director’s previous features, Swimming Pool (2003) and Under the Sand (2000), here plays mother and wife Claude de Soria with few lines and a massive presence. A famous sculptor in her own right, she is the inscrutable centre of the family’s endurance. Her family is the butt of André’s jokes about where to be buried – anywhere away from her horrible parents – as her family disapproved of their marriage for reasons that emerge only gradually. We see Emmanuèle facing a plethora of unknowns with extraordinary calm and dexterity, from the ethereal Swiss lady (Hanna Schygulla) to the mysterious man who hangs around the hospital and is known to everyone in the family as Shithead (Grégory Gadebois). Éric Caravaca plays Emmanuèle’s partner Serge Toubiana as attentive and supportive, even as an increasingly wild familial situation unfolds. 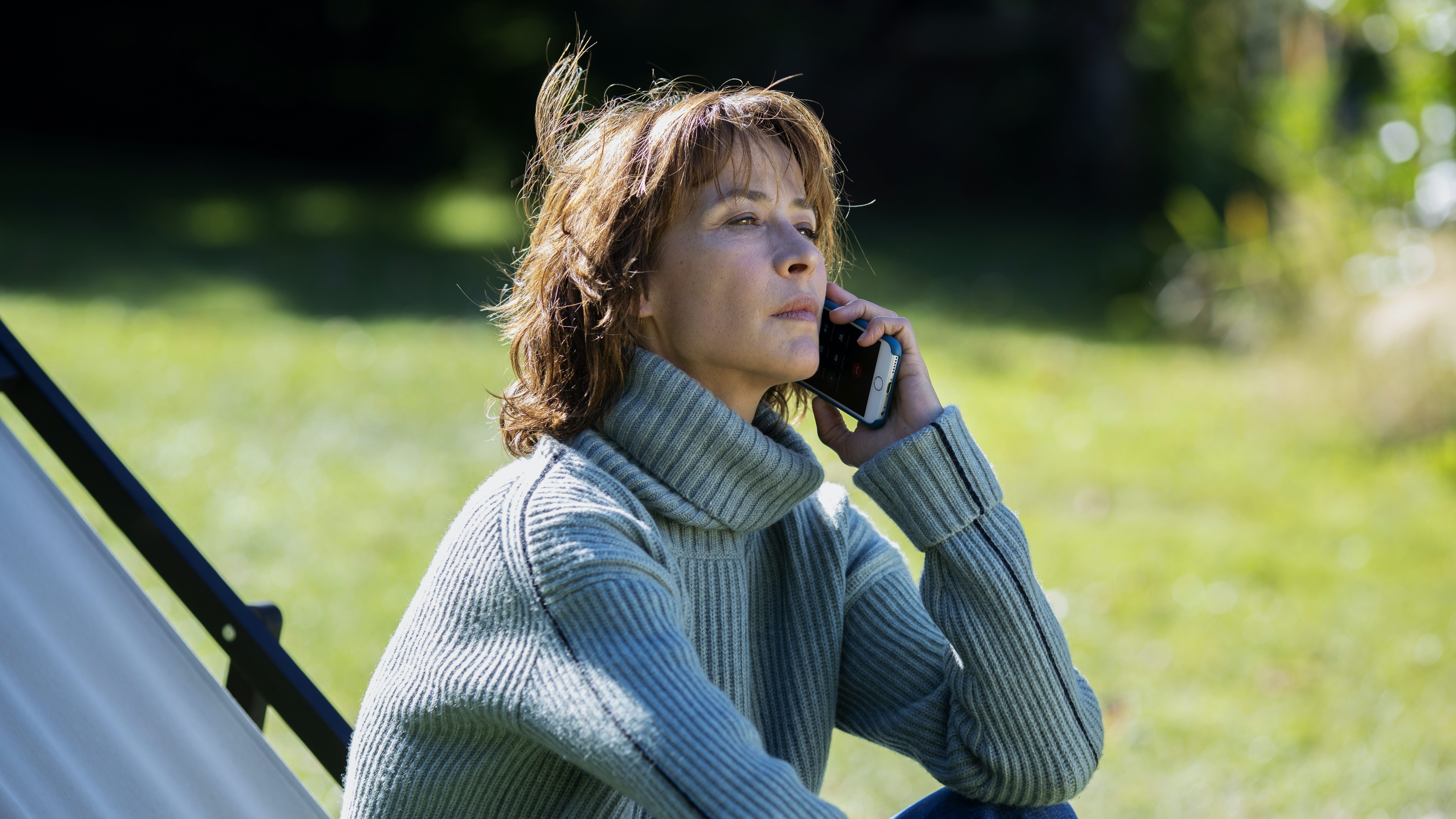 Key to the film’s success is casting Marceau with Ozon-favourite Géraldine Pailhas, a pairing that allows for the comedy of love and death to play out a remarkable interaction between older and younger sister. Through the briefest scenes, Emmanuèle moves in a murmuration with Pascale, never once asking her sister to do more than she can bear. Both understand that Emmanuèle’s emotional acumen, long forged in the fire of poor fathering, leaves her the fittest to handle their father’s hardest request. 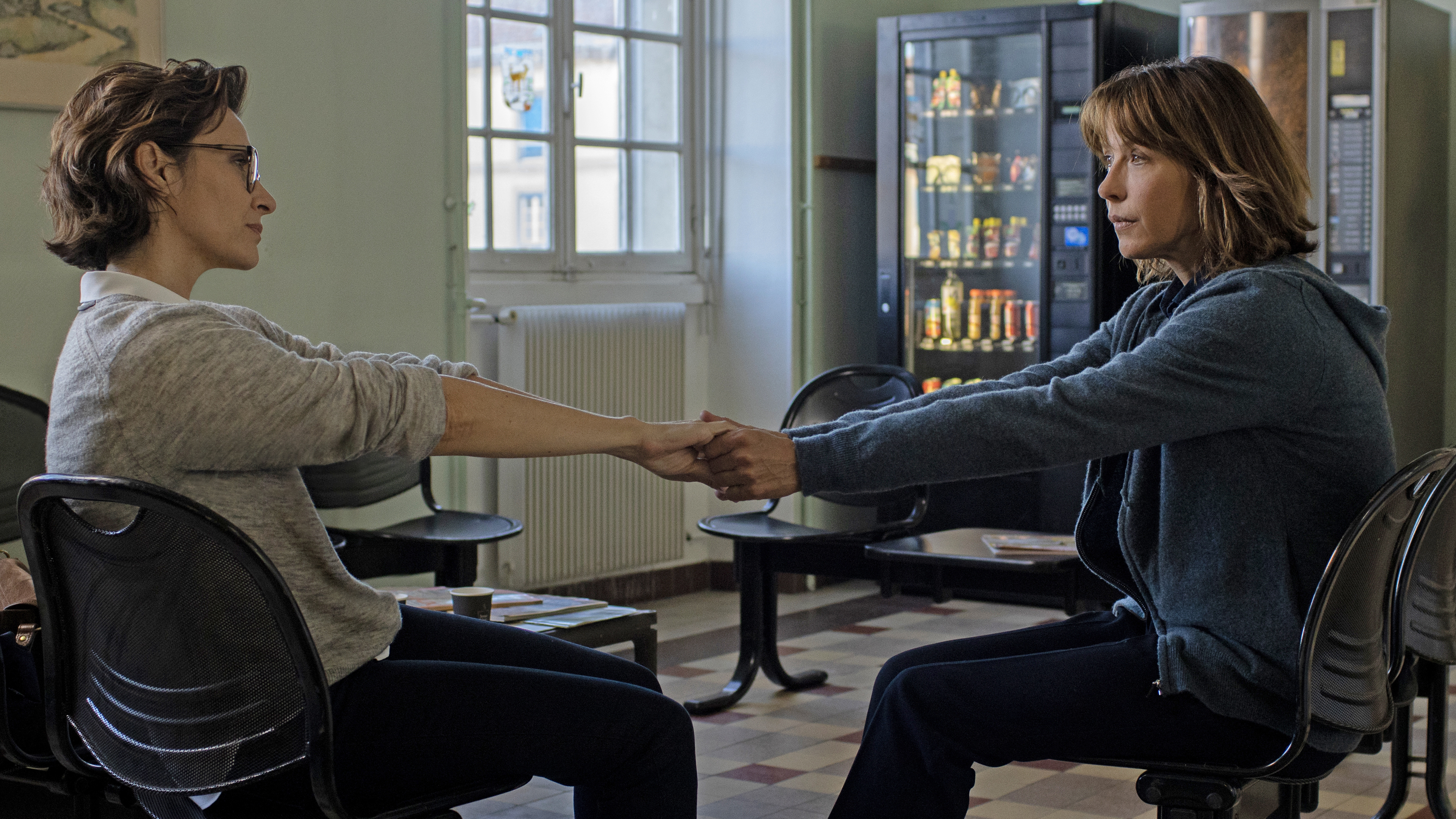 Daughter of a successful art dealer, the real Emmanuèle Bernheim, novelist, screenwriter and member of the Medici jury, died of cancer on 10 May 2017. Once asked to describe herself as an author, Bernheim wrote, ‘She writes short. Indeed, short and little, but still fair.’ Upon the author’s death, culture editor Josyane Savigneau wrote in the French newspaper Le Monde, ‘Through her descriptions, her cold humour, Emmanuèle Bernheim asks essential questions: what do we like in these loves?’ Ozon adored Bernheim’s style. ‘She was so frank, so honest and always hit the mark. I’m glad to have told this story, but I wish Emmanuèle were still here. I would’ve loved to have shown her the film. I loved her very physical style of writing, “the bone” as she would say.’ 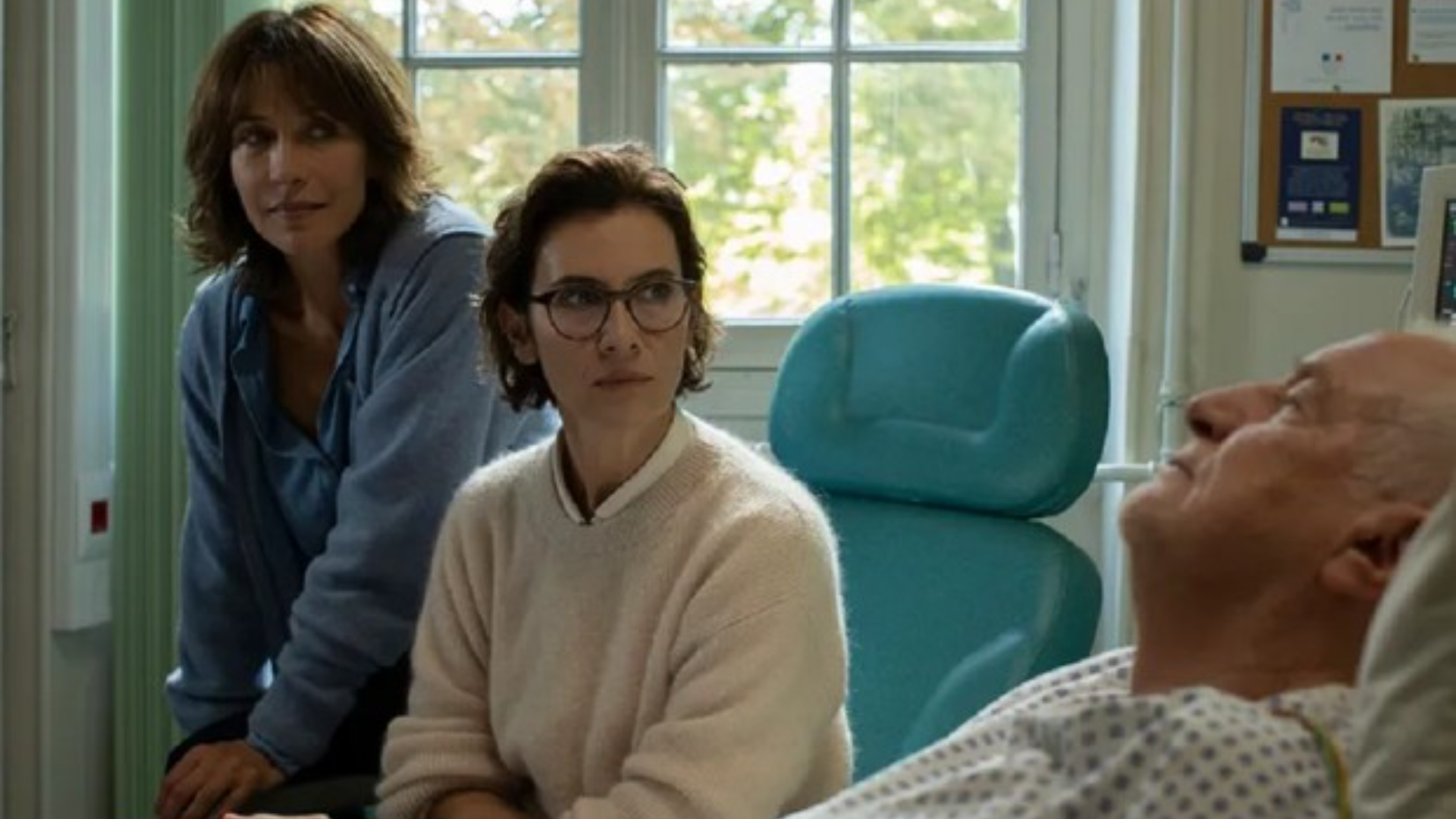 Everything Went Fine does indeed go ‘to the bone’. There isn’t an ounce of fat here. Every glance, every item of wardrobe, even the horror movie that Emmanuèle watches for escapism, lightly conveys enormous emotional weight. It has been said that Ozon never makes the same film twice, yet Everything Went Fine feels like an amalgamation of his previous genres: a sombre drama about a man’s wish to die, a thriller about whether his wish is granted and a comedy of how his daughters must handle this impossible request. It’s that rare film which is horrible and funny – and compellingly memorable.