Interview
Back To His Roots: Ben Wheatley on In The Earth 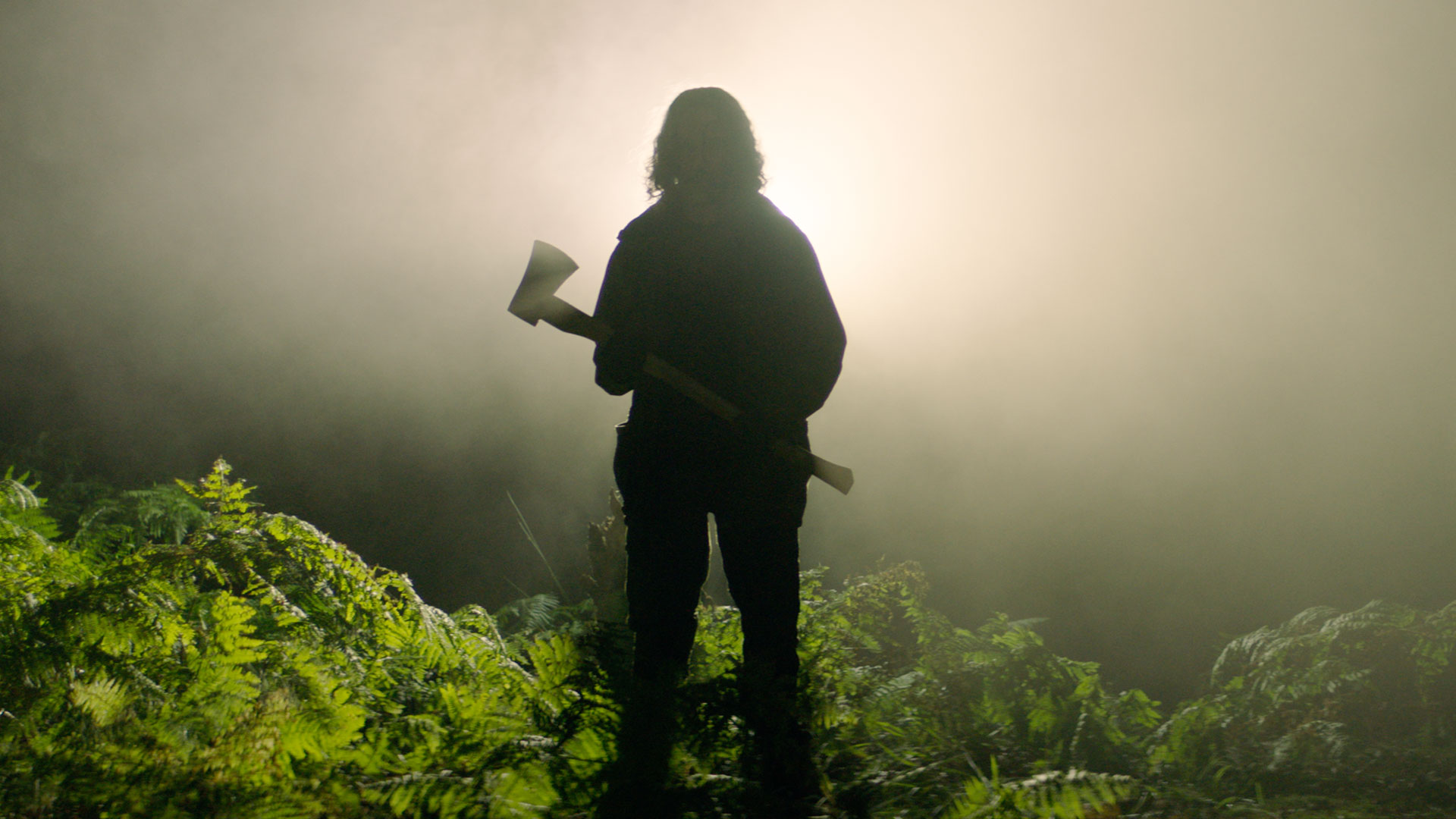 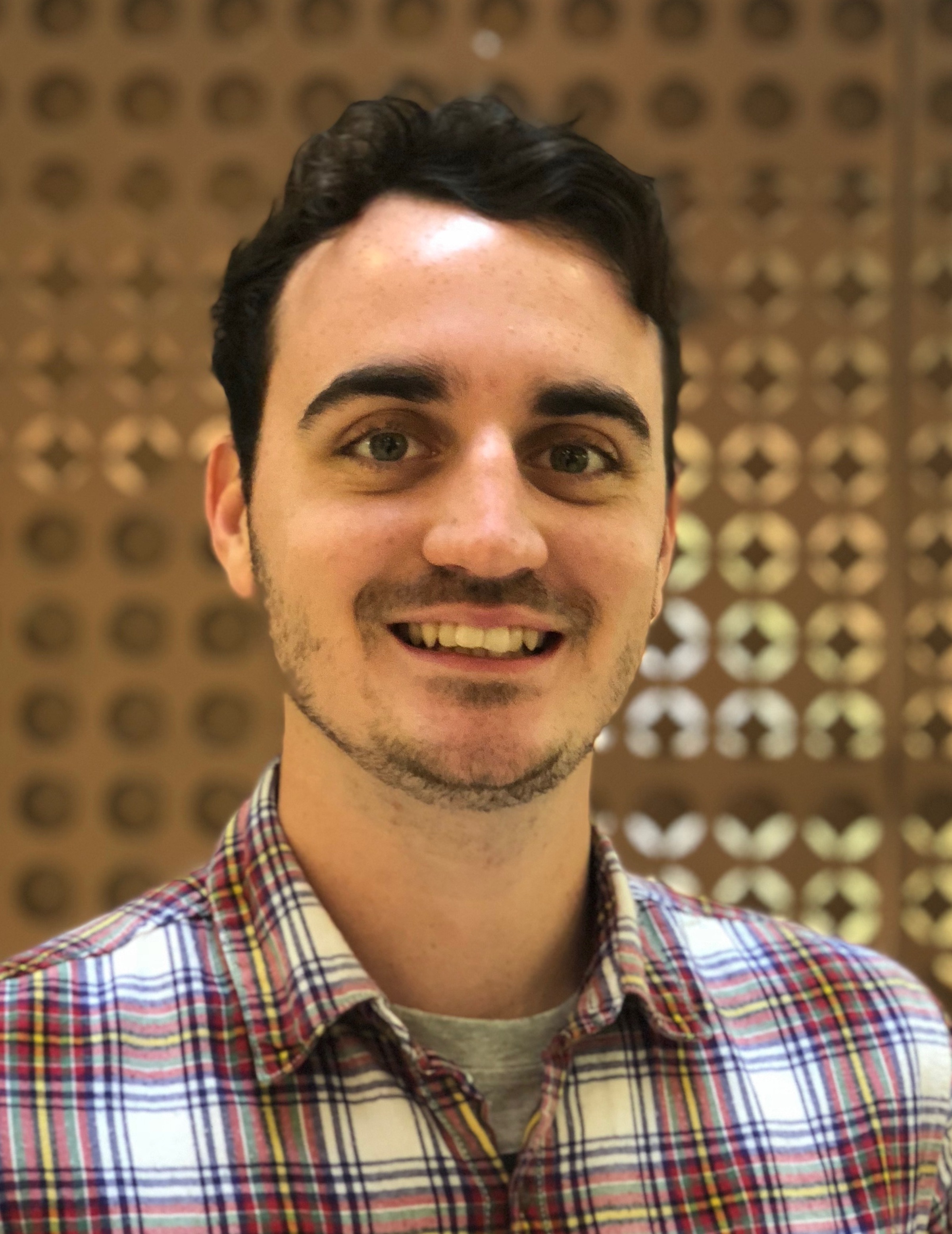 Over the past decade, Ben Wheatley has become one of the most offbeat and unpredictable filmmakers around. He entered the scene with his low budget crime thriller Down Terrace, followed by his sophomore film Kill List which moved into the realm of gritty folk horror. Since then, he’s kept us all on our toes, making it impossible to predict what he’d do next with his films running the gamut of genre. To name a few, he’s given us Sightseers, A Field in England, High Rise, Free Fire and most recently, causing his fans to scratch their heads, the polished and (comparatively) big-budget re-adaptation of Rebecca.

With In The Earth, it appears that Wheatley has returned to his roots (pun intended). Set and filmed during the pandemic, it follows two scientists that get lost deep within the woods and discover some very Wheatley-esque strange goings on.

Making a film during a pandemic couldn’t have been easy, but it was a no brainer for the director, as he told me over Zoom from his home in Brighton. ‘I was just finishing off Rebecca, so there were a few last-minute things to do on that before getting ready to roll straight into Tomb Raider 2. Then everything stopped, everything just froze’. Stuck at home with all projects on pause, he explains how the idea for In The Earth arose. ‘When I write, I tend to write projects to amuse myself, they're the movies that you can't watch, they're not on your shelf because they don't exist. And I find it really pleasurable, it's a kind of a treat. I didn't really feel like watching other people's stuff, so I thought I'd write a script, which turned into In The Earth.’ 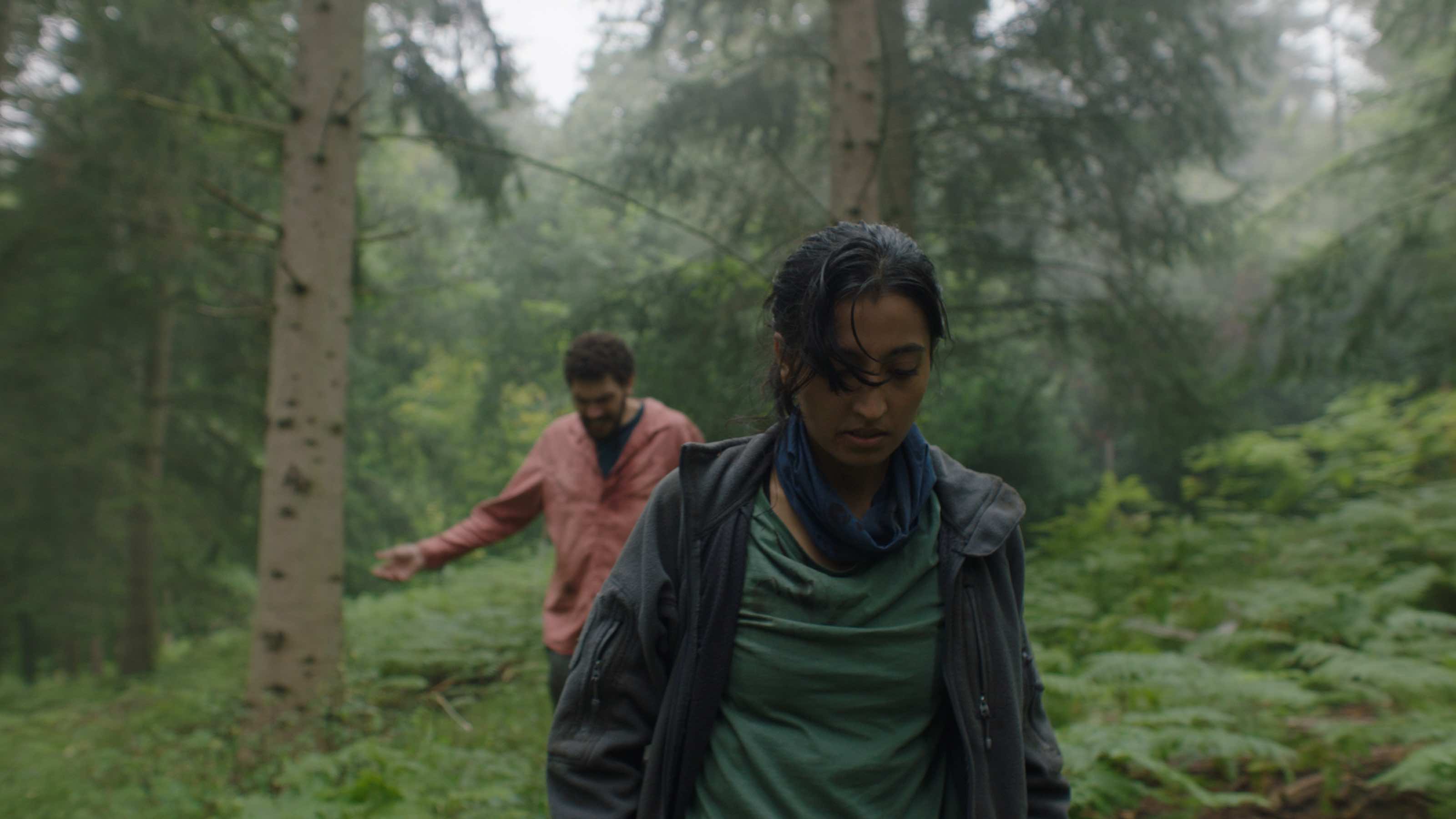 Not many filmmakers would be confident enough to make a film set during the pandemic, let alone actually make it while it’s still ongoing, but it’s important for Wheatley that film is a product of its time. “That's been a constant thing in the films I've made. Happy New Year, Colin Burstead is specifically about that political moment. And Kill List was similarly about the war in Afghanistan and Iraq around the same time. And I think that works on a low budget when you can move quickly and react to the headlines. It's almost kind of a duty to make sure that you're making stuff in the moment.’

It seems a gutsy move to address the pandemic (even vaguely) while it’s still ongoing, with its future still uncertain, dating the film in a very specific time and place, but Wheatley doesn’t see that as a problem. ‘Most movies made are three years old by the time you see them; everything's dated. I felt COVID is more like how they dealt with the Second World War, and it's a bigger moment in some ways. And they never thought “We better not make The Third Man in case they sort out that situation, or maybe they'll rebuild the city before we get there”. I think that if you start thinking like that, you'd be paralysed, and you wouldn't be able to make anything at all.’ 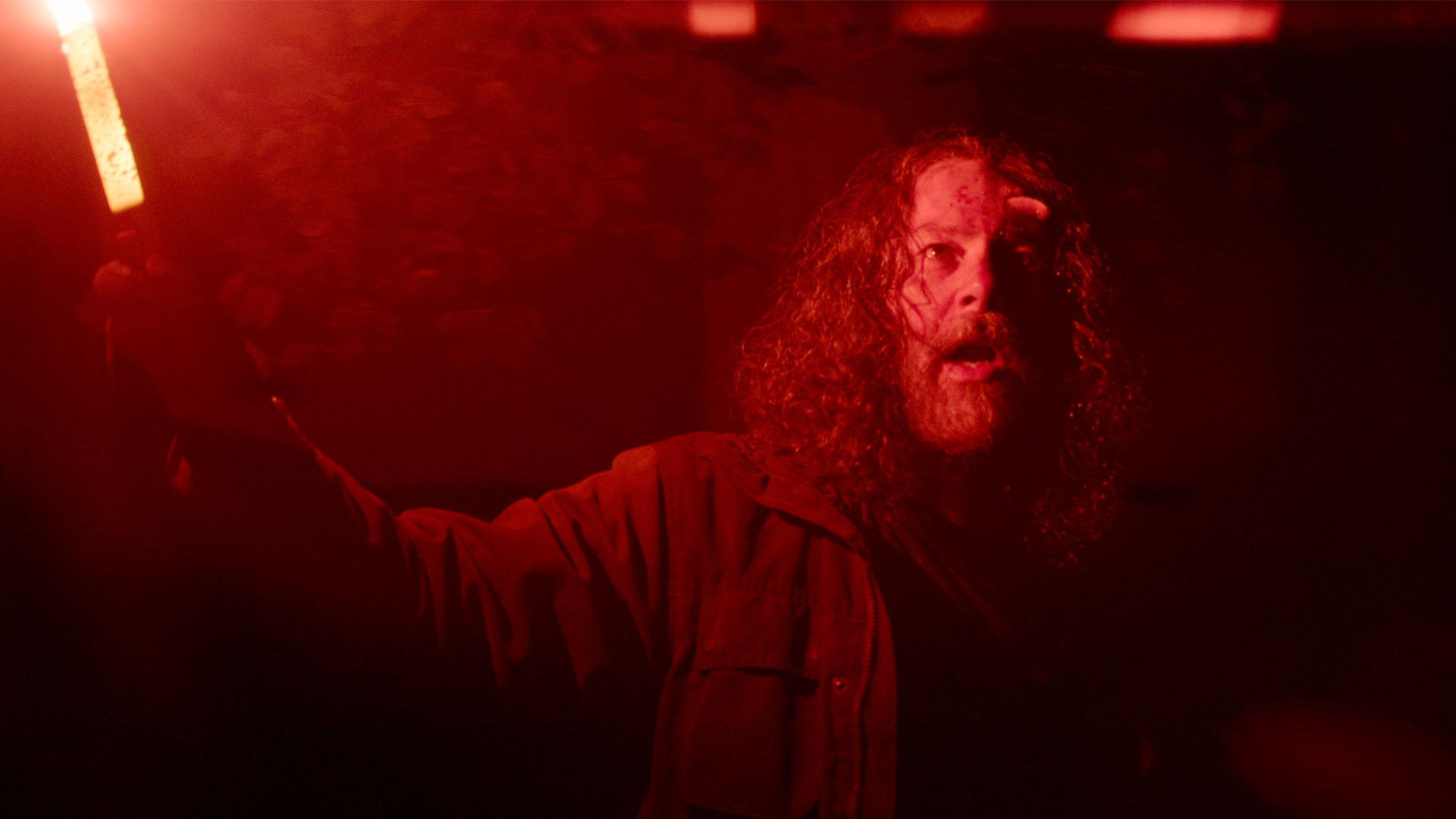 With its low-budget, woodland setting, mythical lore, unexpected violence and moments of unsettling humour, In The Earth is most akin to Kill List, A Field In England and at times Sightseers. I put it to Wheatley that he seems to be telling us something about a hidden darkness of the British countryside that’s not to be trusted, but his ambitions are greater: ‘It's not just the countryside, it's Britain. It’s like thinking about our own history, and going back and back and back, and how it's such an ancient place where so many things have happened, and everywhere around us is that thing of the arrogance of the modern person thinking that they're in the future almost, with their special phone they can talk into and send pictures and stuff, but beneath their feet, there's been people who have died all over the place. I can walk out of my house and be on an Iron Age hillfort in about five minutes. And that just blows my mind, and you think of all the drama that's happened up on that hillfort. It's not like "an urban person's fear of the woods." It's more of a general worry about the weight of history on top of us.’

In The Earth is now showing in cinemas
Book Tickets Here

What’s clear from my conversation with Wheatley, and from his films in general, is that his approach to filmmaking doesn’t rely on fitting into a Ben Wheatley shaped box, or being part of a recognisable oeuvre; he just makes films he’d want to watch. ‘It's hard to know if absolutely everybody is going to like it or absolutely everybody's going to dislike it. As a filmmaker, I gamble on my own tastes and hope that there are enough people out there that share it.’

When an auteur director suddenly changes lanes and goes from a personal independent film to a big-budget Hollywood production there’s an assumption it’s a case of “one for them, one for me”. But like Chloe Zhao’s move from Nomadland to The Eternals and Barry Jenkins’ recent hire to direct The Lion King 2, Ben Wheatley’s version of Rebecca and the upcoming sequel to the Jason Statham giant shark film The Meg may have a sense of that, but this isn’t that case at all. ‘It's not a palate cleanser, as much as it's I like to be directing. I like making my low budget movies a lot, as much as I like making big-budget movies. Hopefully, we'll continue to bounce back and forth between those two things. And there's also that idea of “one for them, one for you” kind of thing, but I don't agree with that necessarily. I think they're all for me. It just depends on how people receive them. I was making ads a long time before I made Down Terrace, as well as with television, but that never gets put into that kind of equation. It's basically me doing what I want.’ 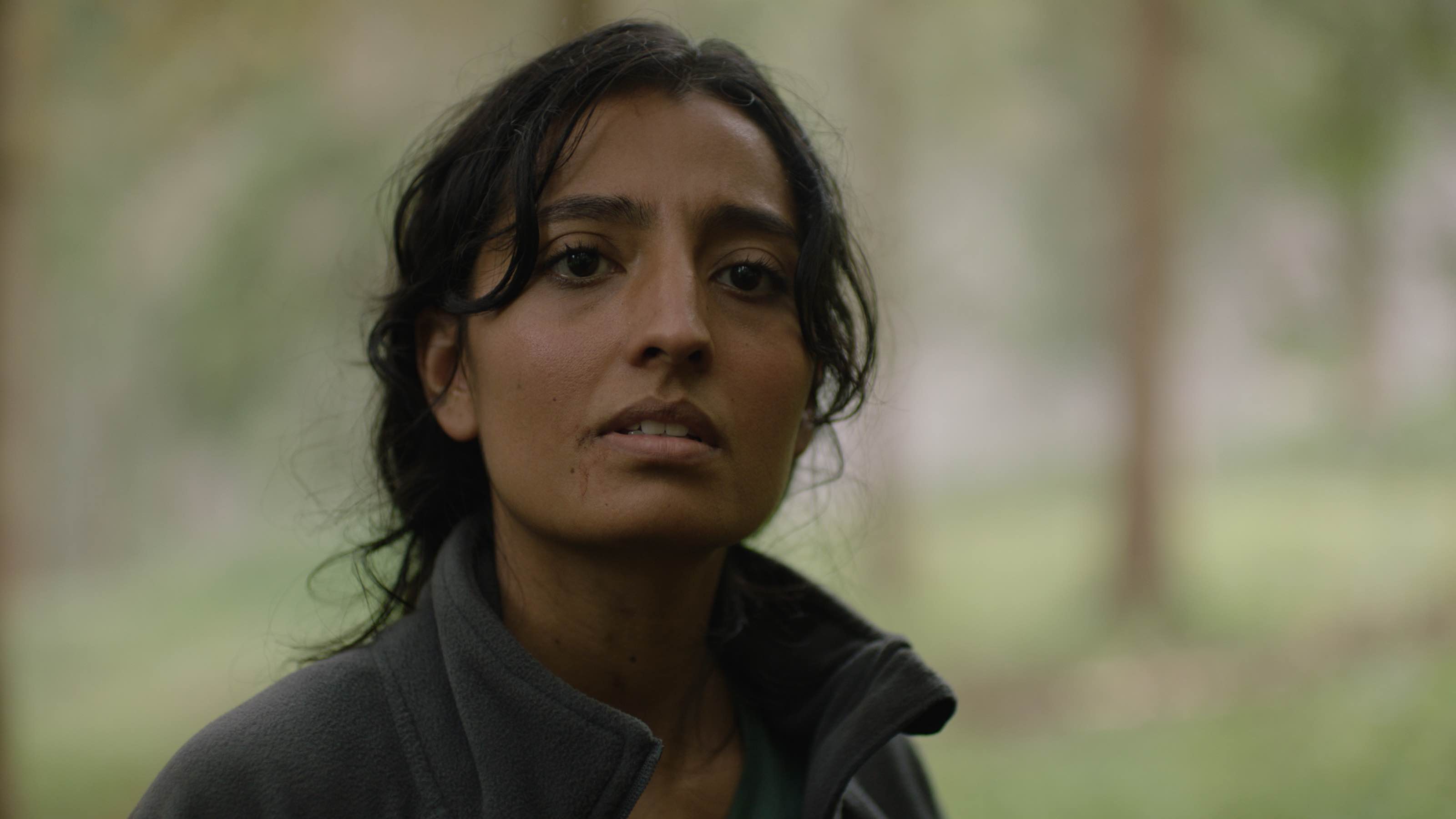 And for anyone turning their nose up at the prospect of critically acclaimed auteur Ben Wheatley making The Meg 2: The Trench should know it’s absolutely one for him. ‘100% of me is going into it in the same way as 100% went into Rebecca. I've spent six months storyboarding it and it's massive, it's just huge amounts of action, and just great fun. So that is really appealing to me. I'm really looking forward to getting into that. But as much as I was looking forward to doing In The Earth, whenever you've got an opportunity to make a film, the odds are so massively stacked against you ever making anything, that it's always an absolute gift when you get to do something.’

In The Earth is now showing in cinemas