Cinematic Memoir: How Terence Davies Incorporates His Own Queer History into Benediction

The director Terence Davies, entering the later stage of his career, has consciously moved away from his previous autobiographical work. With his contemplative Siegfried Sassoon biopic Benediction, the director covertly grapples with his own lived experience through the war poet’s story, says Lillian Crawford.

In Terence Davies’ autobiographical drama The Long Day Closes (1992), Bud (Leigh McCormack) gazes longingly out the window at a handsome young worker in a tight white T-shirt. It reflects Davies’ own burgeoning sexuality, who realised he was gay at the age of 11. Raised Catholic, he prayed for forgiveness of this sin, of the homosexuality that he later captured with heartaching tenderness in his films.

His latest, a biopic of the poet Siegfried Sassoon (Jack Lowden, and later Peter Capaldi) entitled Benediction, continues to develop the sensuality of distance seen in The Long Day Closes – of tender looks, pining and subtle desire that seldom give way to action or a loss of control. The images of devastation cast among the trenches of the Western Front in World War I hark back to the bombed-out streets that open The Long Day Closes, asserting a shared pacificism between Davies and Sassoon through proximity to conflict. Protest can be loud or quiet, as long as it is made when it is right. 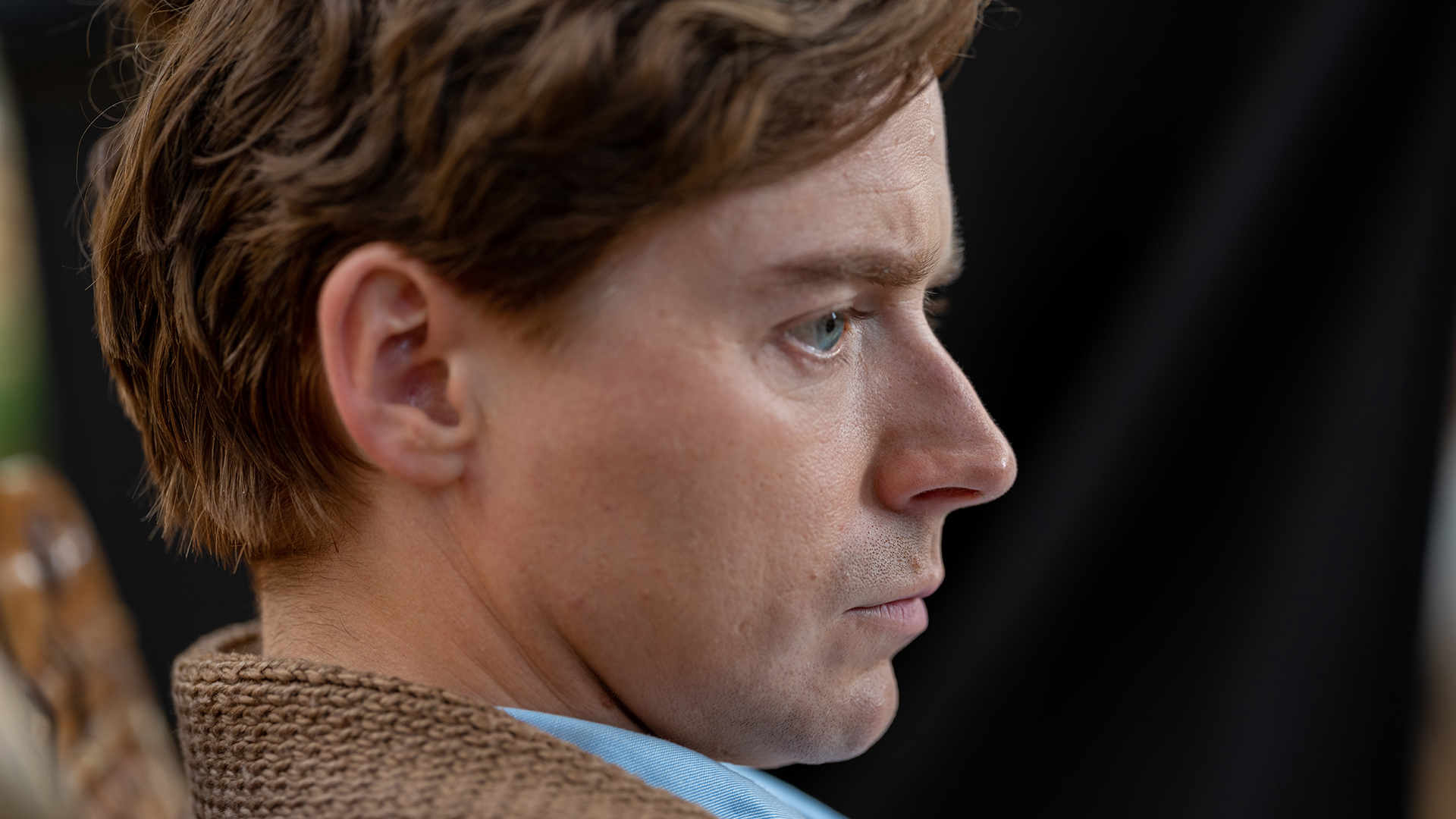 In taking Sassoon as his subject in Benediction, Davies makes a stylistic break from his early autobiographical work. Following a trilogy of short personal projects in the 1970s and 80s, he made the operetta-like period pieces Distant Voices, Still Lives (1988) and The Long Day Closes, which poetically evoke the sights and sounds of post-war Liverpool where he grew up. However, Davies has not lost his unique brand of cinematic memoir. He has instead told stories that resonate with him, narrating his life through others like Sassoon without what he deems the early indecency of putting his own lived experience on screen.

It is important for all queer people to assert our historical precedence – to show ourselves and others that we are not new or confined solely to the present, but have a heritage and a past. This has been the modus operandi of multiple queer filmmakers, such as Derek Jarman who directed films centred around gay men including the artist Caravaggio and philosopher Ludwig Wittgenstein. Davies too turned to the biopic with A Quiet Passion (2016), about the American poet Emily Dickinson who is played by Emma Bell in youth and Cynthia Nixon in adulthood, although his are less explicit, less fantastical (and fantasised) than Jarman’s. 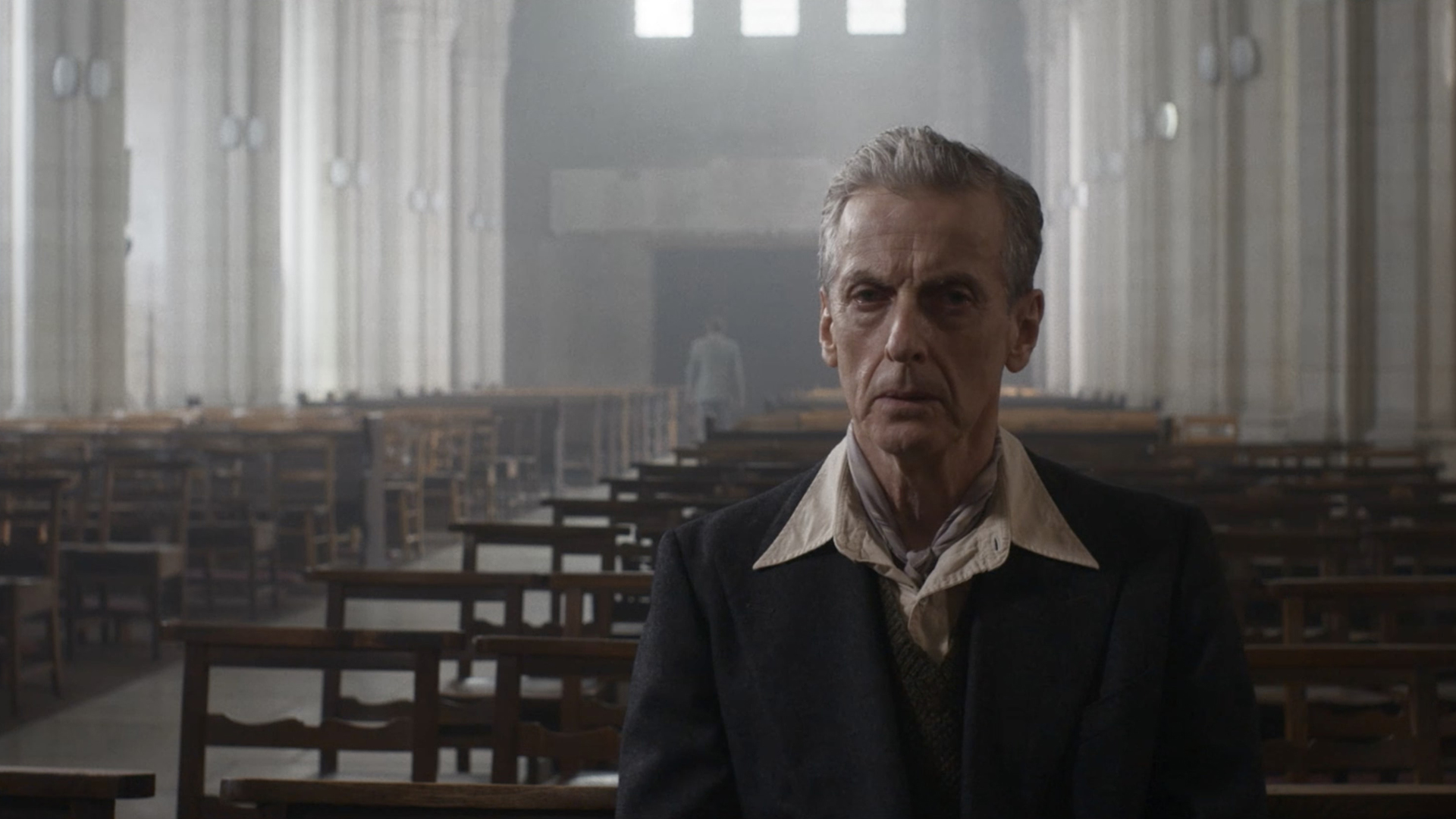 Taken together, A Quiet Passion and Benediction form an exquisite diptych portrait of two significant poets. Where written biographies of Dickinson generally fixate on her loneliness and her homosexuality, themes that apparently resonate with Davies, A Quiet Passion illuminates a more human side to her, honing in on a woman crafting her art without popular recognition, and the crippling sense of inferiority that can plague even the greatest writers in history. This is less the case in Sassoon’s youth, when he was held in high esteem, but haunts him in later life.

There are lines in Davies’ films where one can feel the personas on screen slip away and the director’s own voice cut through. Upon being told that ‘on matters of the soul, you are rigorous’, Dickinson replies, ‘Rigour is no substitute for happiness.’ Like Dickinson, Davies was raised into evangelism and grasped aimlessly at redemption: it is why religion, and especially Catholicism, is so painfully prominent in his filmic imagery. And also like Dickinson, the filmmaker diverts unfulfilled sexuality into his art, just as he does in Benediction between Sassoon and his early unrequited loves. 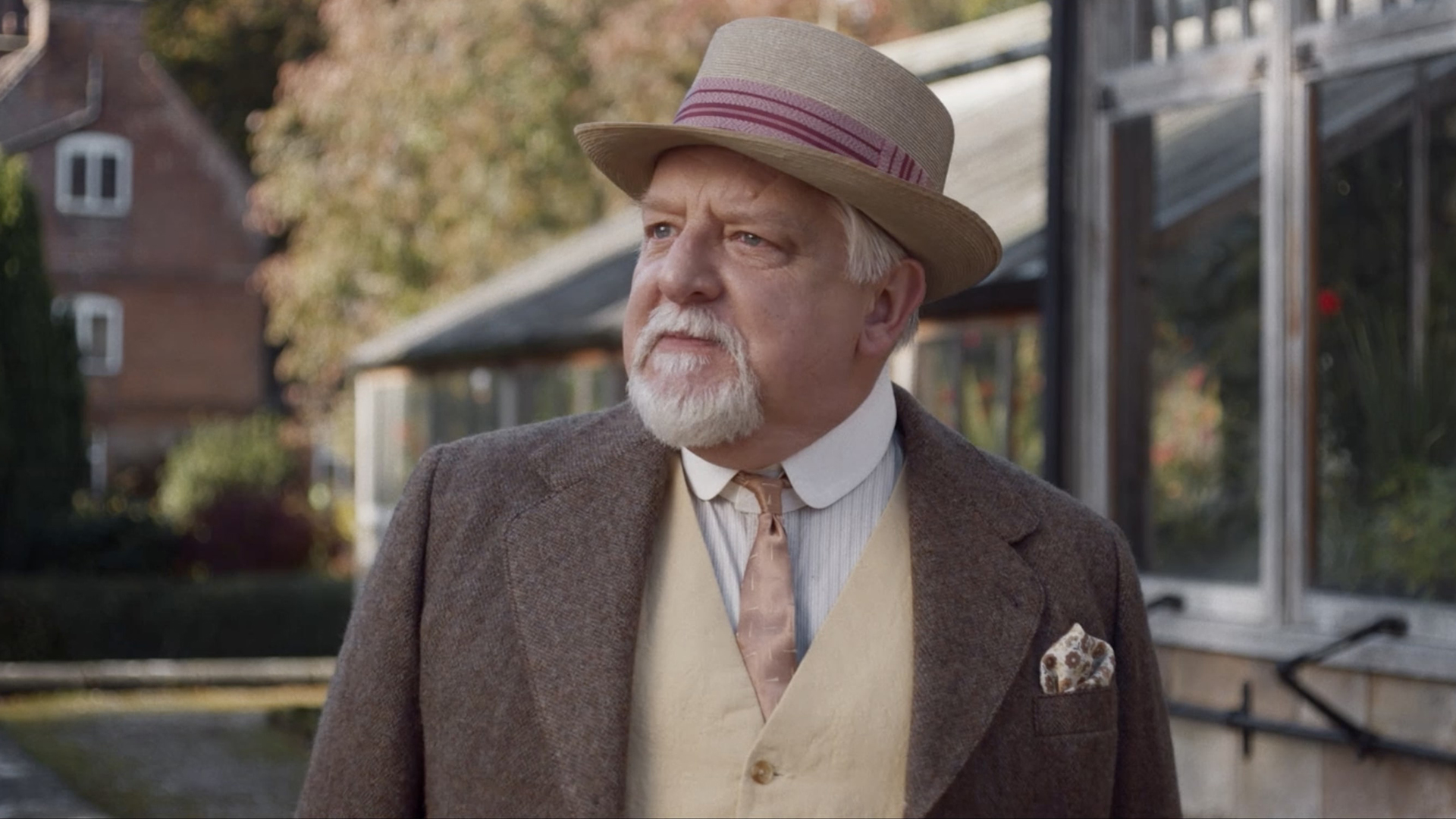 When Davies interviewed for the National Film School (NFS) in the late 1970s, he recited Sassoon’s ekphrastic poem ‘Concert Interpretation’ (1921) about the Paris premiere of Igor Stravinsky’s The Rite of Spring ballet, which provoked a riotous response in 1913. ‘Bassoons begin… Sonority envelops/ Our auditory innocence; and brings/To me, I must admit, some drift of things/Omnific, seminal, and adolescent.’ Those last three adjectives, which together echo the primitivism of Stravinsky’s music and Vaslav Nijinsky’s thumping choreography in their consonance, reflect the importance to Davies of returning to one’s roots in order to understand the way things are later on.

The opening bassoon notes of The Rite of Spring serve as an invocation of the muse in Benediction when they are heard at the start of the film. Davies begins not with Sassoon’s childhood, but his own first interaction with Sassoon at his NFS audition. He asserts that this is a subjective telling of the poet’s life through the lens of his own experience, much like his previous films. It is also a signal that art is changing at the time when Benediction begins in the 1910s, forged by the fin-de-siècle and in the furnace of war. 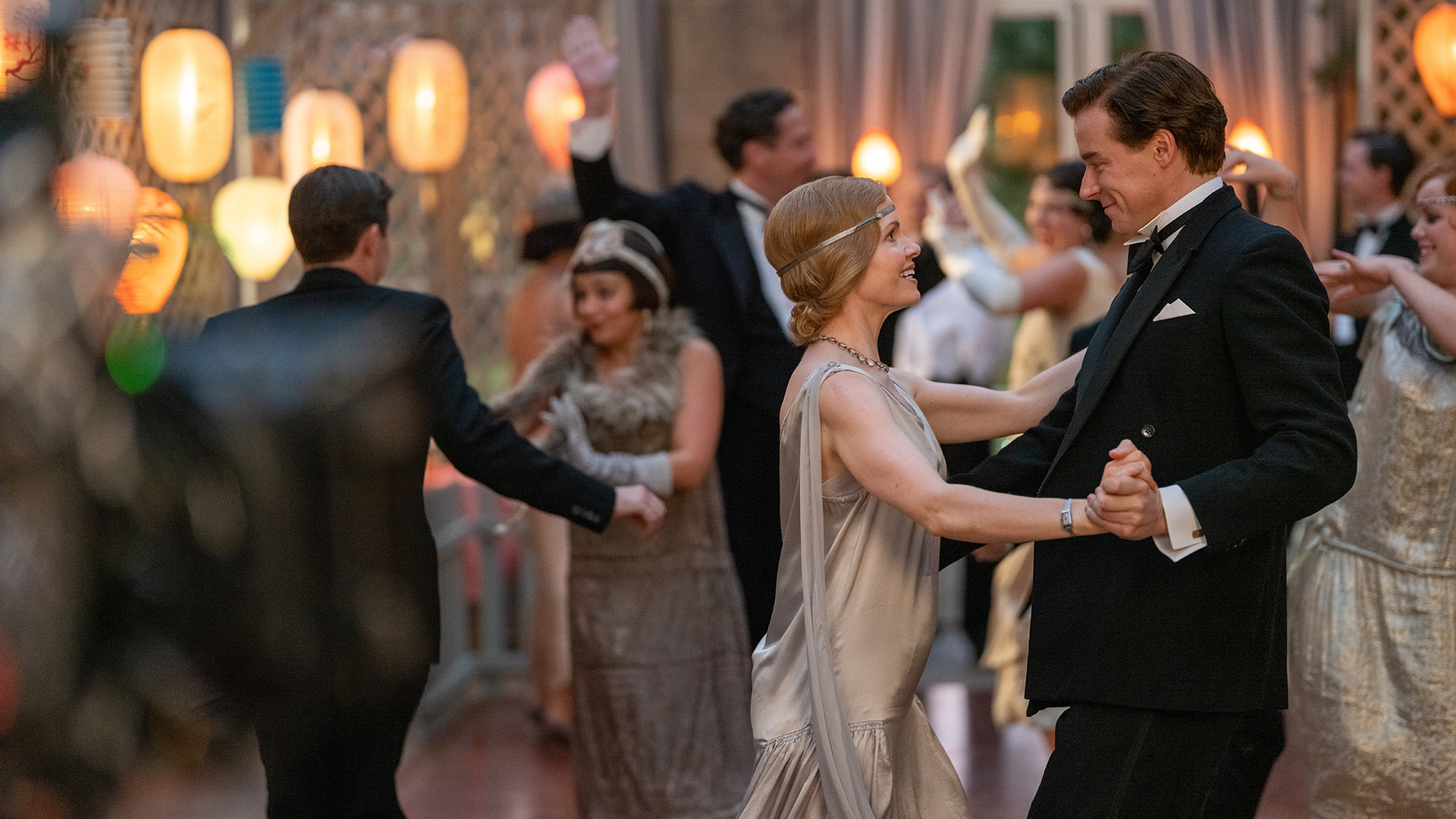 It wasn’t only Sassoon’s most enduring poetry that came out of World War I, but it also made him the man he was. By interrupting the barbarism of conflict with the first quiet scenes of the film, Benediction posits that the happiest time of Sassoon’s life was his internment at Craiglockhart War Hospital under the care of Dr W.H.R. Rivers (Ben Daniels), one of the first gay men he became close to. Sassoon also met the young Wilfred Owen (Matthew Tennyson) here, who in Sasoon’s own mind was the superior war poet and, as melancholically shown in Davies’ film through Tennyson’s bashful batting of eyelashes, was the love of his life.

That this love was so short-lived and unconsummated is, in Benediction at least, part of ‘the pity of war’ on which Owen wrote. For both men, this interlude was the only period of solace in their lives, as Owen expresses in the opening line of his haunting, homoerotic 1918 poem ‘Strange Meeting’: ‘It seemed that out of battle I escaped.’ Opportunity seems to have passed by before it could be seized, leaving Sassoon to spend his later life feeling like an outsider looking upon the joys of others. Similarly, in his seventies, Davies still identifies with Bud gazing at the handsome man out of the window in The Long Day Closes. A rare moment of personal dialogue occurs in Davies’ script for Benediction when Sassoon’s son George (Richard Goulding) asks the older poet, ‘Why do you hate the modern world so?’ ‘Because it’s younger than I am,’ his father confesses.

What is so striking about the later part of Benediction is the open sexuality Sassoon suddenly has during the interwar period. His flings with prominent socialites such as Ivor Novello and Stephen Tennant are shown to be the prerogative of the privileged upper classes and their tight protective circle. Nonetheless, he retreats back into closetedness and domestic docility at the end of his life, forcing himself into a sterile heterosexual marriage and the house of God in a desperate late attempt at redemption. Something that can only come from within. 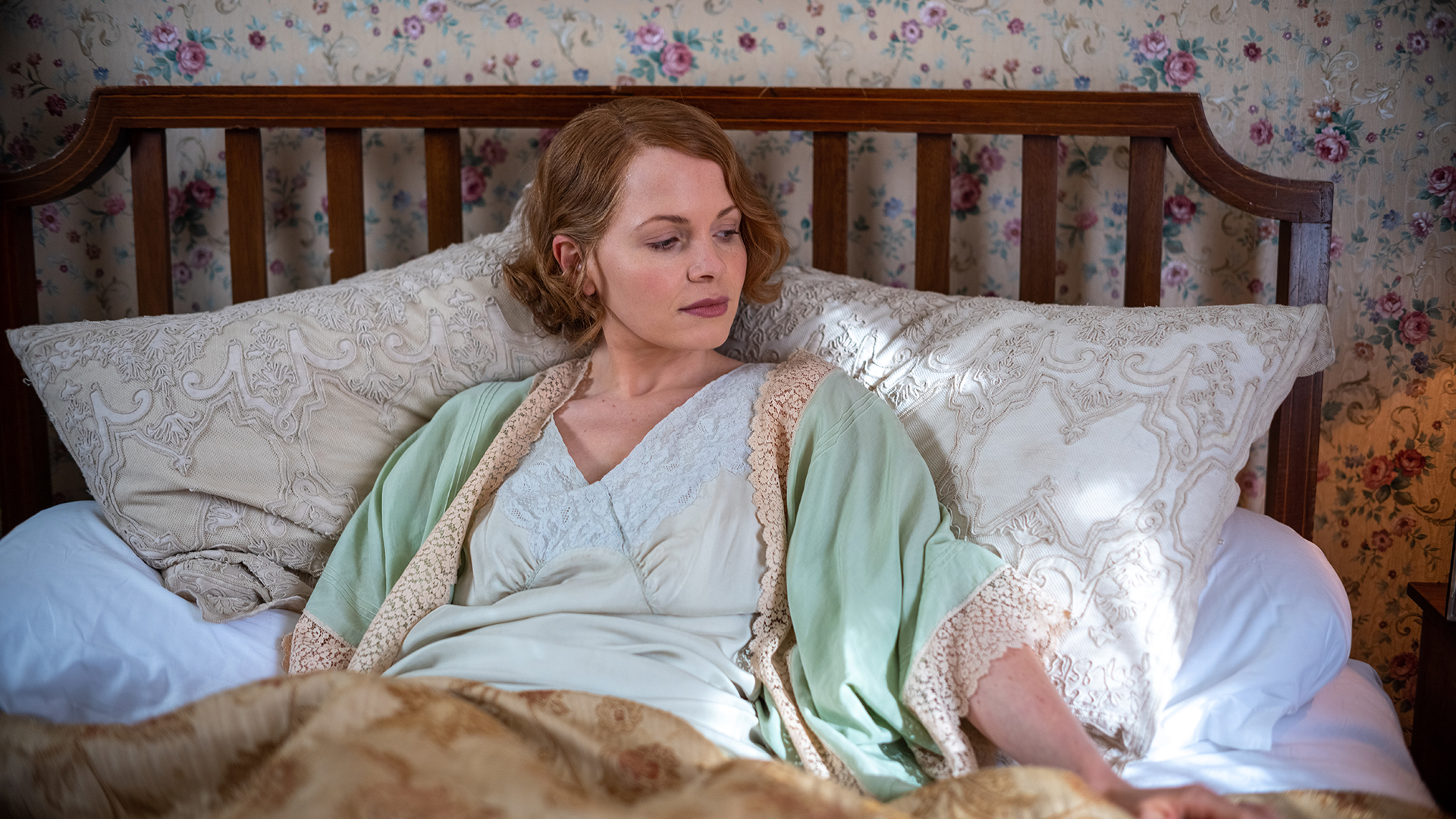 It seems appropriate to conclude with one of Davies’ favourite works, ‘The Love Song of J. Alfred Prufrock’ (1915) from Four Quartets by T.S. Eliot. It elucidates his own themes of passing time, mortality and missed opportunity, which seem especially prescient in the director’s old age. These lines of poetry express the ideas of Benediction better than any piece of analysis can hope to achieve:

And indeed there will be time

Time to turn back and descend the stair,

With a bald spot in the middle of my hair —

(They will say: “How his hair is growing thin!”)

My morning coat, my collar mounting firmly to the chin,

My necktie rich and modest, but asserted by a simple pin —

(They will say: “But how his arms and legs are thin!”)

In a minute there is time

For decisions and revisions which a minute will reverse.