Double, Double Toil and Trouble: the Unsettling Black Comedy in The Tragedy of Macbeth 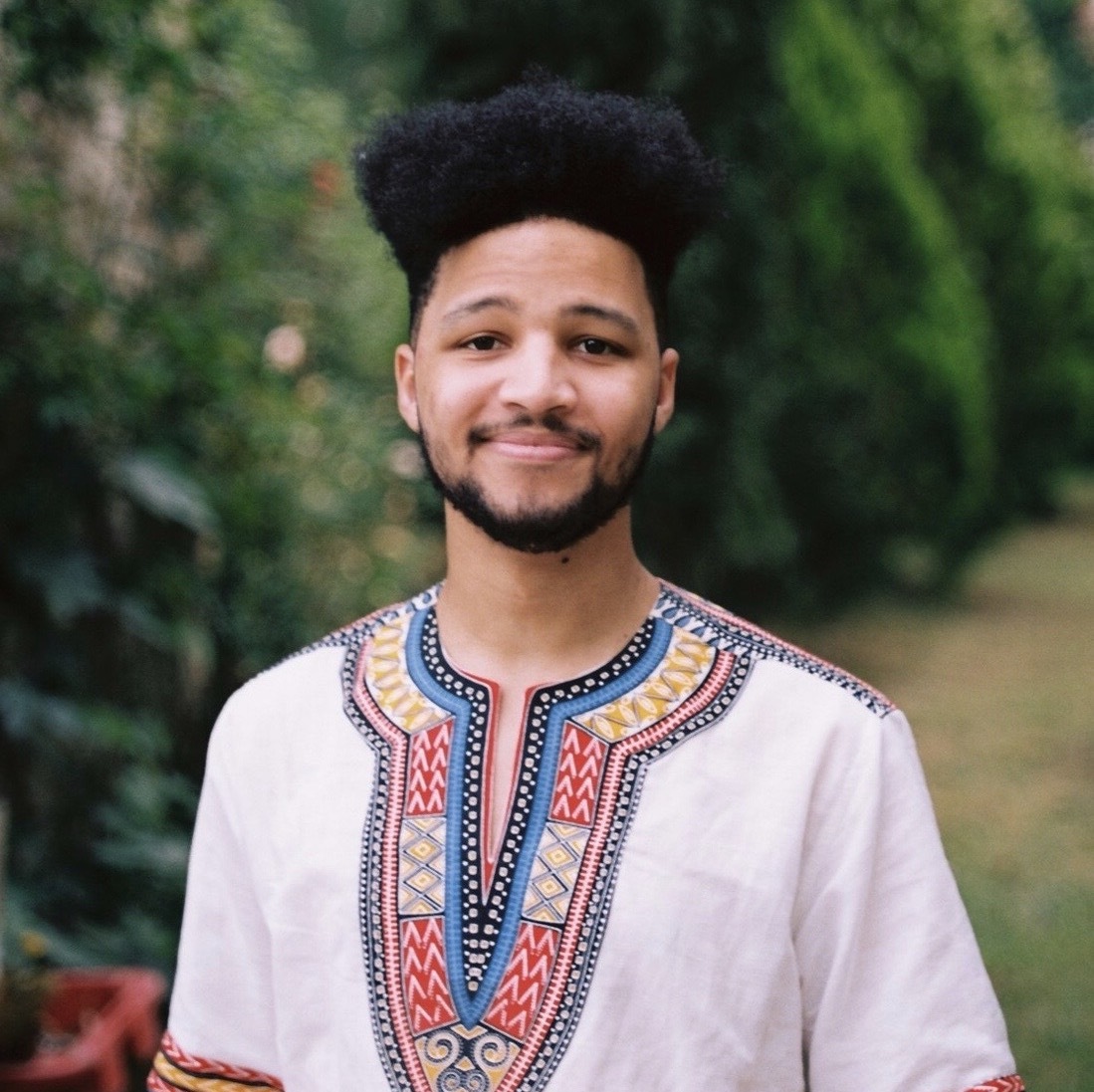 He may have been an unexpected choice to reinterpret Shakespeare’s iconic text to the screen, but Joel Coen offers a unique spin on the source material that plays to his strengths – emphasising its underlying dark humour. By Kambole Campbell

Of all of Shakespeare’s works, Macbeth might be most suited to the cinema partly by virtue of its lean plot and potential for cinematic sweep, its mentions of great battles and warring over Scottish castles. But Joel Coen’s new take, The Tragedy of Macbeth (2021), scales back the play, letting the action mostly unfold within the limitations of soundstages, and ensuring forests and castle walls appear similarly claustrophobic. Through this presentation, Coen combines the best elements of both the cinema and the stage to tell a version of Macbeth that feels wholly his own.

This deliberately restricted approach finds a natural fit between the play and Coen’s acerbic style of black comedy, as it brings out this element of the Bard’s text. The Tragedy of Macbeth is therefore reminiscent of Joel Coen’s various films co-directed with his brother Ethan, in which searches for power end up dooming their hapless protagonists (like in the absurdist Burn After Reading [2008], or the darker The Man Who Wasn’t There [2001]). Denzel Washington’s portrayal of Macbeth plays into the underlying dark humour, since the actor imbues him with a forlorn, caustic attitude and an undercurrent of comical bluster. The comedy is pushed to the surface as Macbeth becomes more desperate and paranoid in the movie, and is emphasised in a scene where he feebly chases a crow out of a chapel. Coen fully embraces humour in his reinterpretation of the text, not least of all in Stephen Root’s raucous performance as  the Porter, drunkenly stumbling around throughout the film. He wouldn’t feel out of place in one of the director’s sillier farces, recalling the equally inebriated George Clooney in Hail, Caesar! (2016).

Besides its unexpected comedy, The Tragedy of Macbeth is also notable for its incredibly sharp and striking visual style. Coen’s film is isolated and desolate, as though it were physically making room for Washington and Frances McDormand (playing Lady Macbeth)’s breathless speeches. The way Coen directs his actors highlights the sparseness. The filmmaker denies the intimacy of past versions and creates a cold distance with the blocking of their shared scenes, so that their partnership feels like a marriage on the brink, one where murder has become a tired Macbeth’s way of salvaging his relationship. 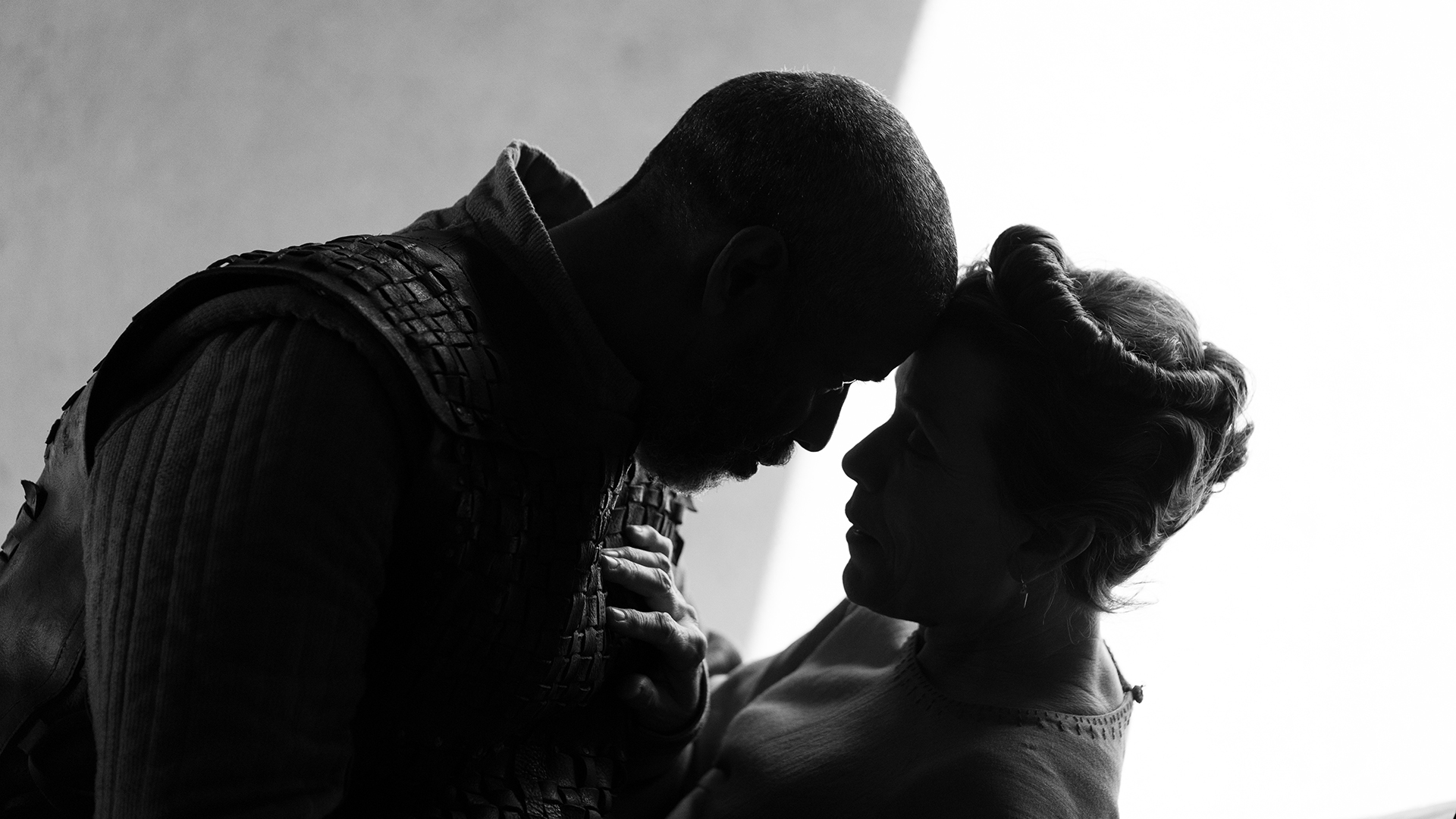 That sparing atmosphere carries over to Stefan Dechant’s sparse, brutalist production design, and director of photography Bruno Delbonnel’s old-school expressionist framing of it, which captures striking concrete walls that are as imposing as they are beautiful. The minimalism of the sets evokes the feeling of theatre, but also allows plenty of mutability in how Coen approaches the story, giving room for him to pay homage to the various film adaptations of the text. Perhaps the most overt reference to this cinematic past comes with its presentation of the Witches, here both a singular and plural entity, literally three figures that are one (played by Kathryn Hunter). That portrayal feels apiece with Akira Kurosawa’s Throne of Blood (1957), a feudal Japanese take on the story that mixes its brutality with the country’s post-war national temperature.

The Tragedy of Macbeth draws a compelling connection with Throne of Blood in its aforementioned minimalism, though the sharp angles of its imagery also bring to mind Orson Welles’ 1948 cinematic adaptation, in which he also starred as the titular Royal. The two films are linked as well by their directors’ history with film noir, given that Coen and Welles have a long history of creating films about characters self-immolating through their own greed (in Welles’ case Citizen Kane [1942] and The Magnificent Ambersons [1942], in Coen’s, No Country For Old Men [2007]). Both Welles and Coen position Lady Macbeth as a femme fatale to an extent, which Coen brings to the fore through his presentation of the shadowy backrooms where husband and wife scheme together. Frances McDormand’s portrayal leans into this tone, though at the same time she almost plays Lady Macbeth with the same no-nonsense demeanour of her leading role in the Coen brothers’ Fargo (1996). Even the way that her version of the character frustratedly gesticulates is more reminiscent of such parts, more comedic than the seething villainous malice that other actors typically embrace in their performances of this character. McDormand offers an unexpected take on Lady Macbeth, portraying her sleepwalking with an unnerving malevolence rather than the typical fragility.

The Tragedy of Macbeth stands among the most unique of Shakespeare adaptations because of how it threads a needle between the play’s origins on the stage and its past on the silver screen. But, more crucially, it stands apart through its embrace of film-noir elements, combined with the winking, black comedic tone that has shone throughout Coen’s filmography.