Exploring Authenticity in Between Two Worlds 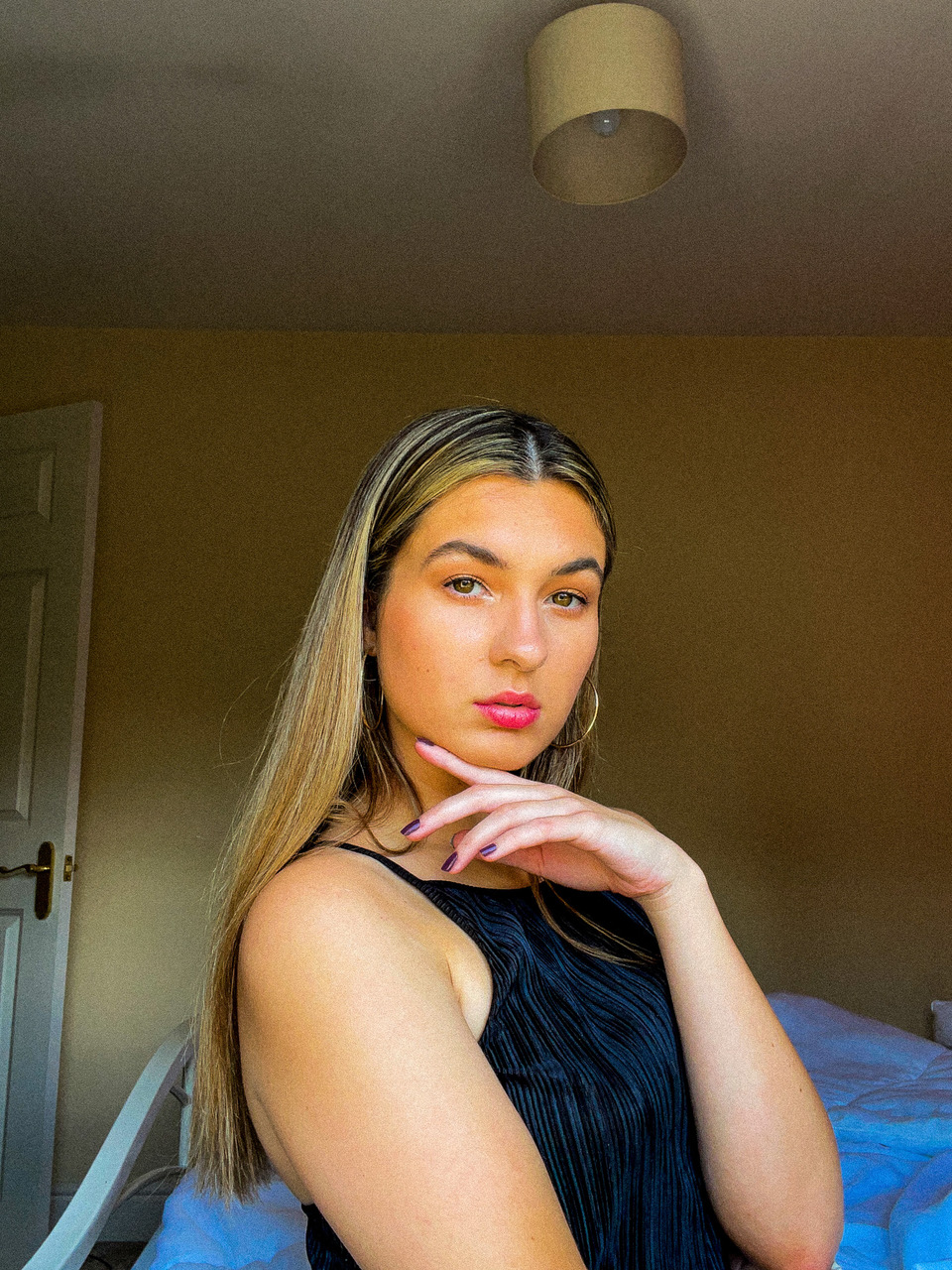 Juliette Binoche plays a middle-class woman who exposes the lives of the working class in Between Two Worlds, but the film also investigates the moral ambiguity inherent within this proposition.

Humanitarian crises rage, social uprisings break out; the turmoil of the modern world asks us to stop and consider if we’re living up to our potential as a ‘good person’. If we help someone in a time of crisis, we count it towards an imagined charter of acts of kindness. While this is commendable, the landscape is skewed when there is an imbalance of power, which, in a Westernised community, is a frequent occurrence. Between Two Worlds (2022) is Emmanuel Carrère’s adaptation of the non-fiction bestseller The Night Cleaners by Florence Aubenas (one of France's most accomplished undercover journalists), which tells of her actual experiences undercover. The film, based on these real events, follows Marianne (Juliette Binoche), a journalist who embeds herself into a group of cleaners working on a ferry in order to expose the poor working conditions they are made to endure. It offers an intriguing comment on performative versus grassroots change within disenfranchised communities, prompting its audience to ask an important question: where do we draw the line? 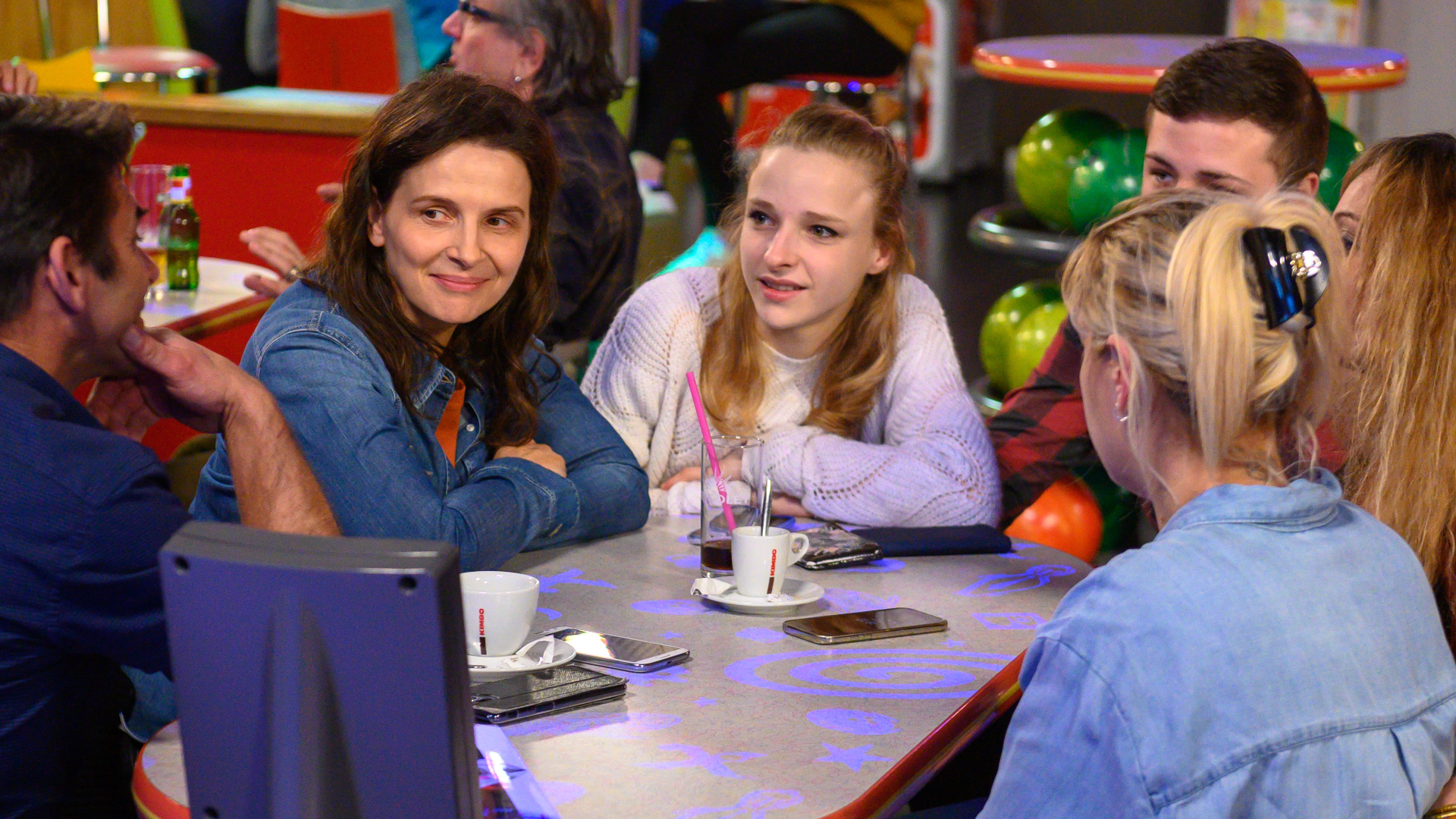 Marianne poses as an everywoman. She is a white, non-disabled, presumably straight woman aided by an upbringing that’s a country mile away from the breadline. Her disconnect with the man on the street is evident when she personably says hello to people at the bus stop, then retreats into her privilege with a glass of champagne after a hard day’s work. There’s something so familiar in her approachable demeanour that strangers are comfortable spilling the secrets of their lives (even though she neglects to share any of her own). The film strikes a careful balance that allows her to tread a precarious line, quite literally between two worlds. She is a privileged woman who gains employment under false pretences working as a cleaner in the port city of Caen to experience job instability firsthand as research for her new novel. By doing so, she presents an intricate and complex dilemma: speaking for those who need to be heard is both a help and a hindrance, as is leaning into conversations about privilege that are difficult to get right. 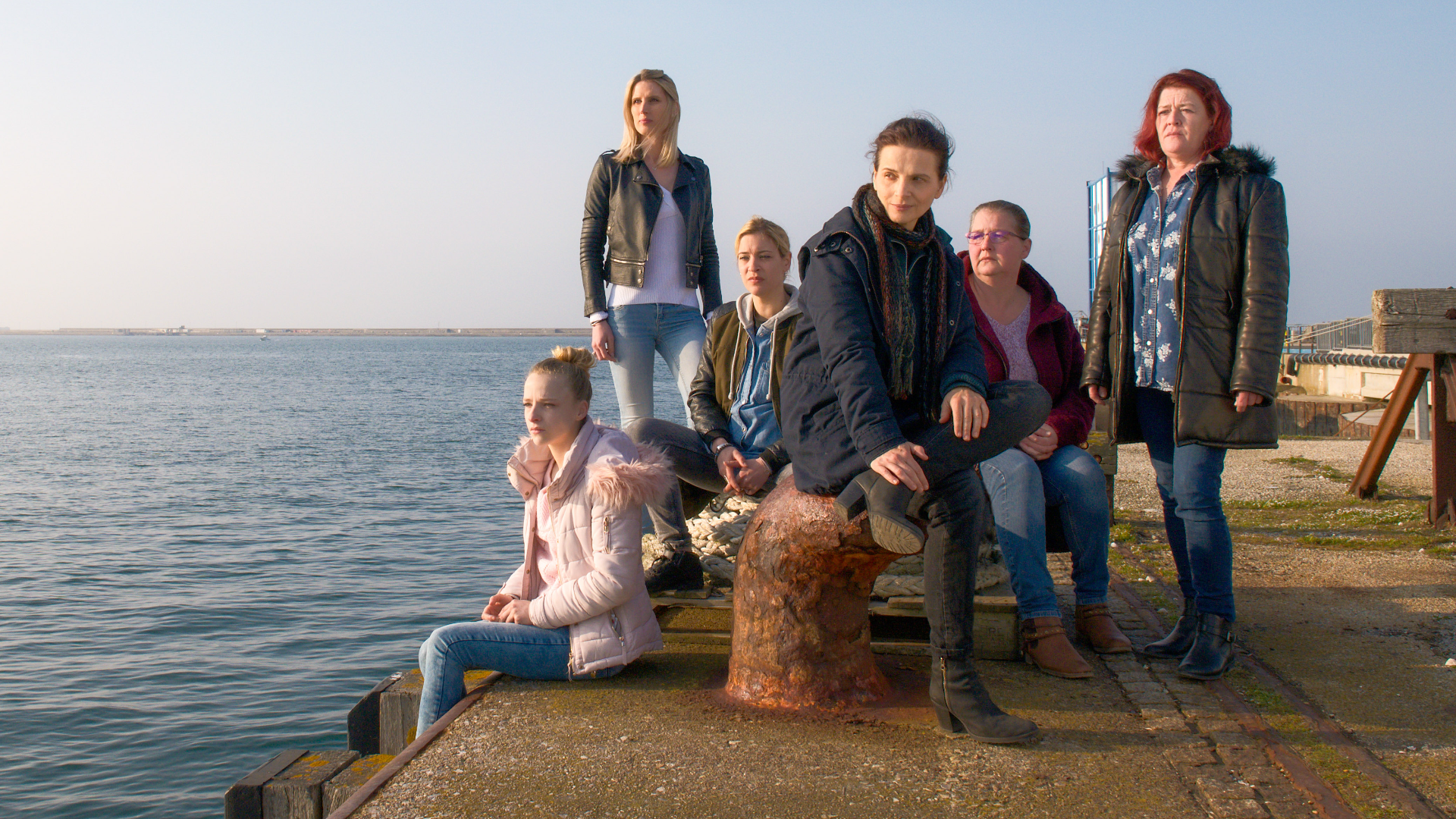 Watch Between To Worlds In Cinemas
Book Tickets

As the narrative of Between Two Worlds unfolds, the first hurdle for audiences lies in how one defines performative support. One definition of performative acts relates to the nature of dramatic or artistic performance. In activist spaces, they are sometimes done to further individual social capital, rather than demonstrate a genuine commitment to a particular cause. People from all walks of life indulge in performative acts, from social-media users sharing darkened squares of support for Black Lives Matter to MPs going back on their words of support when voting against marginalised communities in parliament. In the context of Between Two Worlds, Marianne directly performs as a member of the working class in order to expose truths that need to be seen, especially by those in the middle and upper classes. But by worming her way into a vulnerable community of working-class women, Marianne denies other such women resources and opportunities for the sake of her cause. 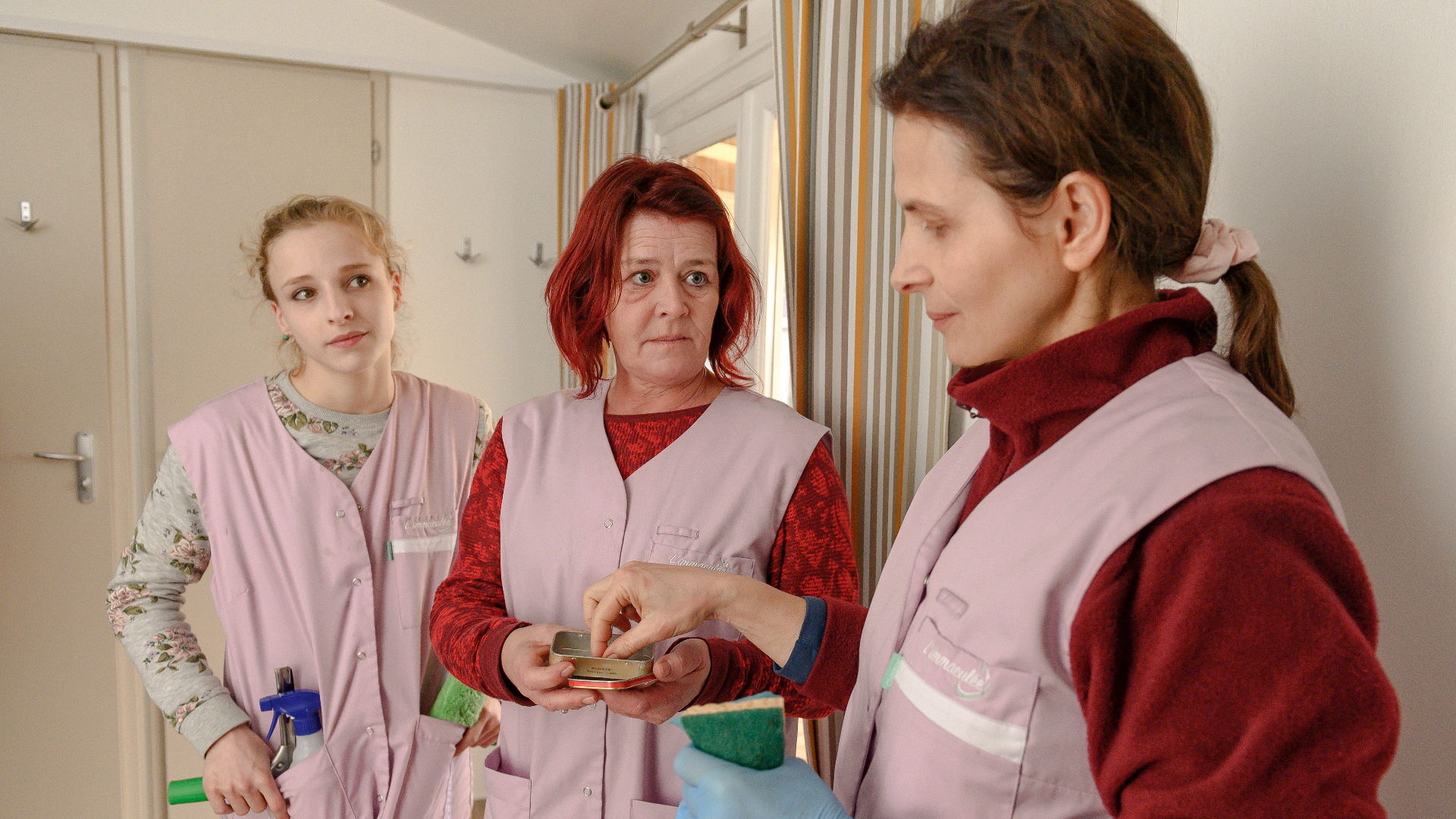 Whether you perceive her as a catalyst for or blockade on change, Marianne soon becomes enmeshed within the tight-knit group of cleaners, taking them to the beach and going bowling with them. Though we don’t really get a sense of what Marianne is thinking, we’re made to believe that, for her, the ends justify the means. What makes the film all the more interesting is that Carrère wants his audience to question this idea. Deception reigns from the minute Marianne steps into the jobseeker’s office because the administrator there knows who she is. This early scene is one of the only times in Between Two Worlds that someone directly questions her intentions: the director sets us up to ponder the ethics of this situation throughout. Marianne is both willing and seemingly comfortable to lie to those she works with, because she is convinced that her own moral compass is pointing her towards the path of righteousness. Her sense of moral superiority – that she is on the frontline empowering the disempowered – is ignorant and simplistic. She inserts herself into unfamiliar territory and uncovers wrongdoing, but, crucially, ignores the more pressing need to step aside and listen. Case in point: her notebook findings often depict her own experiences first and foremost. 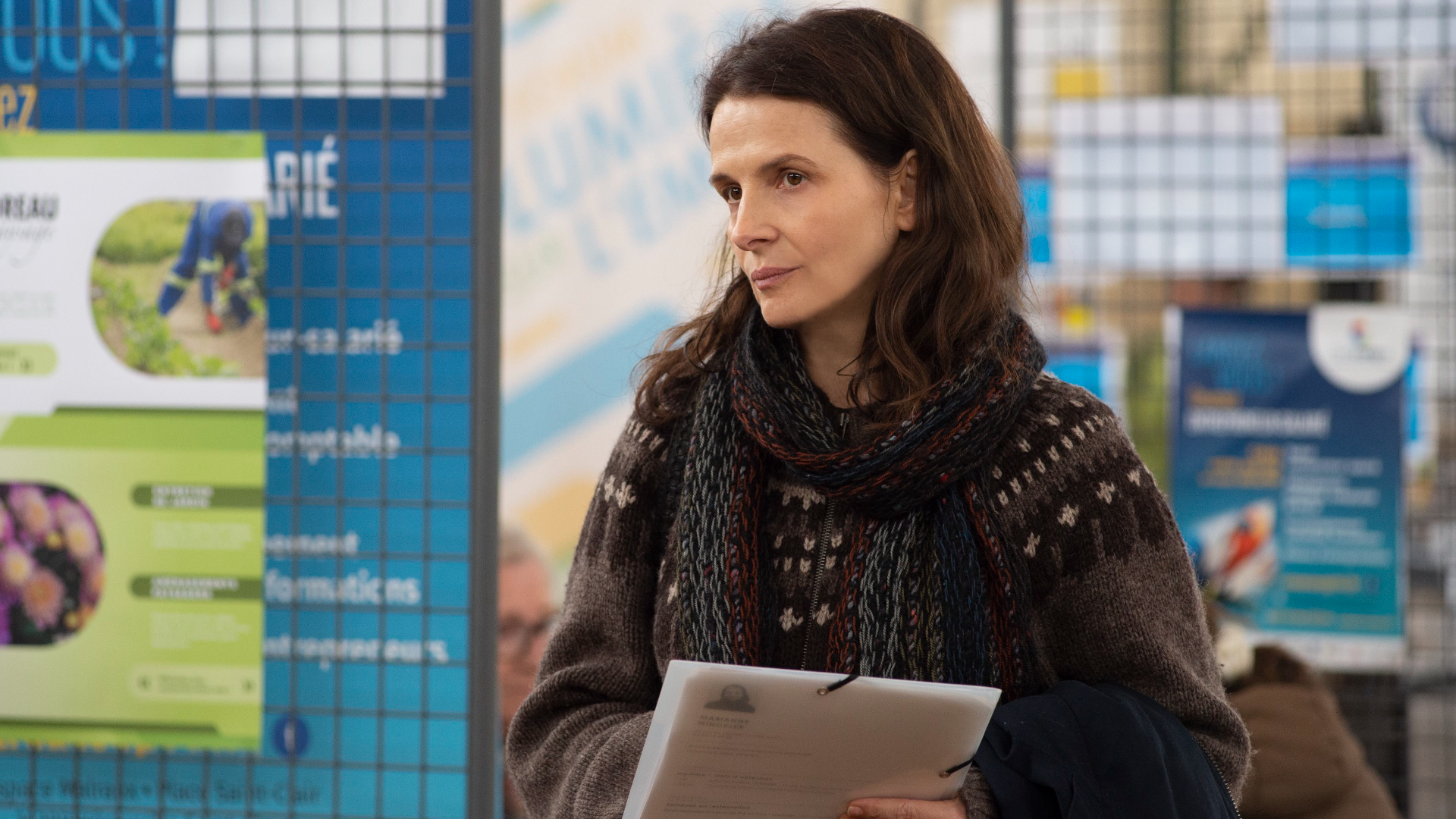 Frequent blunders aside, there are positive consequences to Marianne’s actions. She successfully spotlights the borderline inhumane treatment of blue-collar workers. The reporter is able to give an authentic account of gruelling shifts, since she toils tirelessly alongside her vulnerable colleagues, completing days’ worth of work in a matter of hours with minimal training. As Marianne assimilates into the fold, she discovers that mistreatment is a given no matter one’s age, with teenagers and mature women alike hassled by a heinous boss looking to turn a quick profit. Without Marianne’s involvement, the bourgeoisie may never have realised the extent of this crisis. That said, the research she undergoes is by no means unique: another, directly involved person could well have exposed the plight of the rural working class with greater truth. It’s difficult to surmise whether Marianne’s actions can be defined as genuine grassroots change. Supporting a cause from the ground up with a full heart and no ego is a romantic idea that altruists of a certain social class might envision for themselves. The camaraderie and raw emotional bonds Marianne forges with the group are heartwarming and rooted in their shared experience, yet based upon a fundamental untruth. Marianne wholly throws herself into her investigation, but easily escapes to her bourgeois-bohemian reality at her book launch, a soigné environment where her working-class companions are made to look out of place. It is painful to see her assimilating into their surroundings when the inverse is impossible; the film successfully portrays the impossibility of social mobility in this evocative scene.

What writer-director Carrère illustrates in Between Two Worlds is that there is no right way to support a disadvantaged community. In fact, his characterisation of Marianne proves that making mistakes isn’t just likely, it’s guaranteed. The storytelling doesn’t shy away from portraying the obvious advantages privilege provides, within which comes a framework that is now imperative to learn to navigate. Despite this knowledge, actually doing so isn’t always so clear cut, as demonstrated by Marianne’s change in attitude throughout her research. 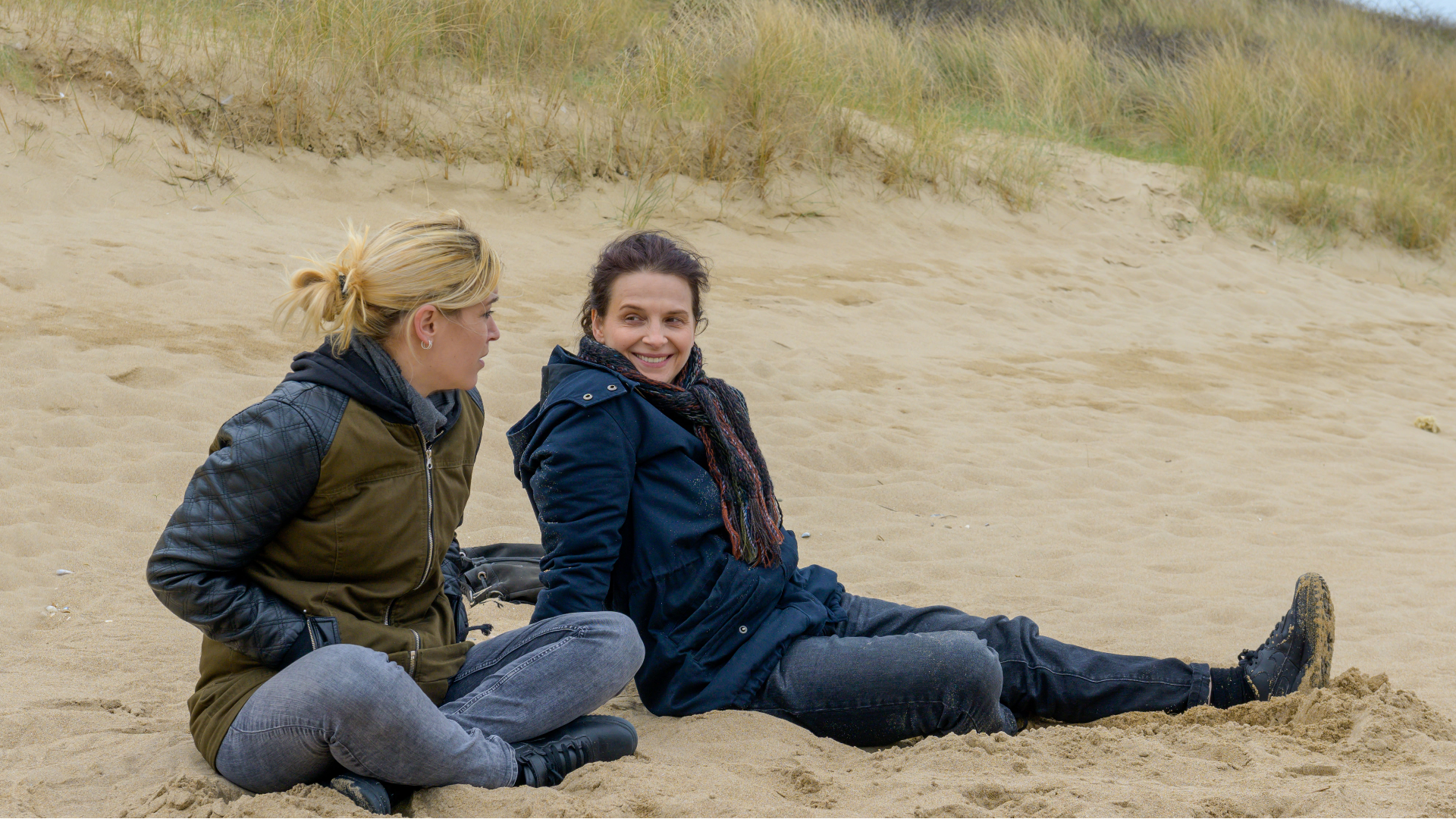 With its ambiguous ending, Between Two Worlds leaves viewers stewing on Marianne’s performance undercover versus the grassroots change she was trying to instigate, asking themselves whether she feels any remorse and accountability for her actions. By selling the plight of others for profit, she has regressed in terms of her community understanding. As her cleaning comrades return to their lives, slipping on the attendant disposable gloves and wipe-clean aprons, Marianne is shown wearing a decidedly chic outfit that clearly demarcates her from her former friends. This final visual signifier allows  Carrère to underline his central thesis: Marianne is from the elite, and to the elite she will return.

With this in mind, Between Two Worlds becomes more than just a film to be watched; it transforms into a lesson on self-awareness. There is no straightforward answer on how best to support the voices of the marginalised – it always depends on individual circumstances. Carrère digs into the moral ambiguity of one middle-class woman to raise thought-provoking questions on the nature of privilege. Is she a misguided saviour or an exploitative manipulator? That’s for you to decide.