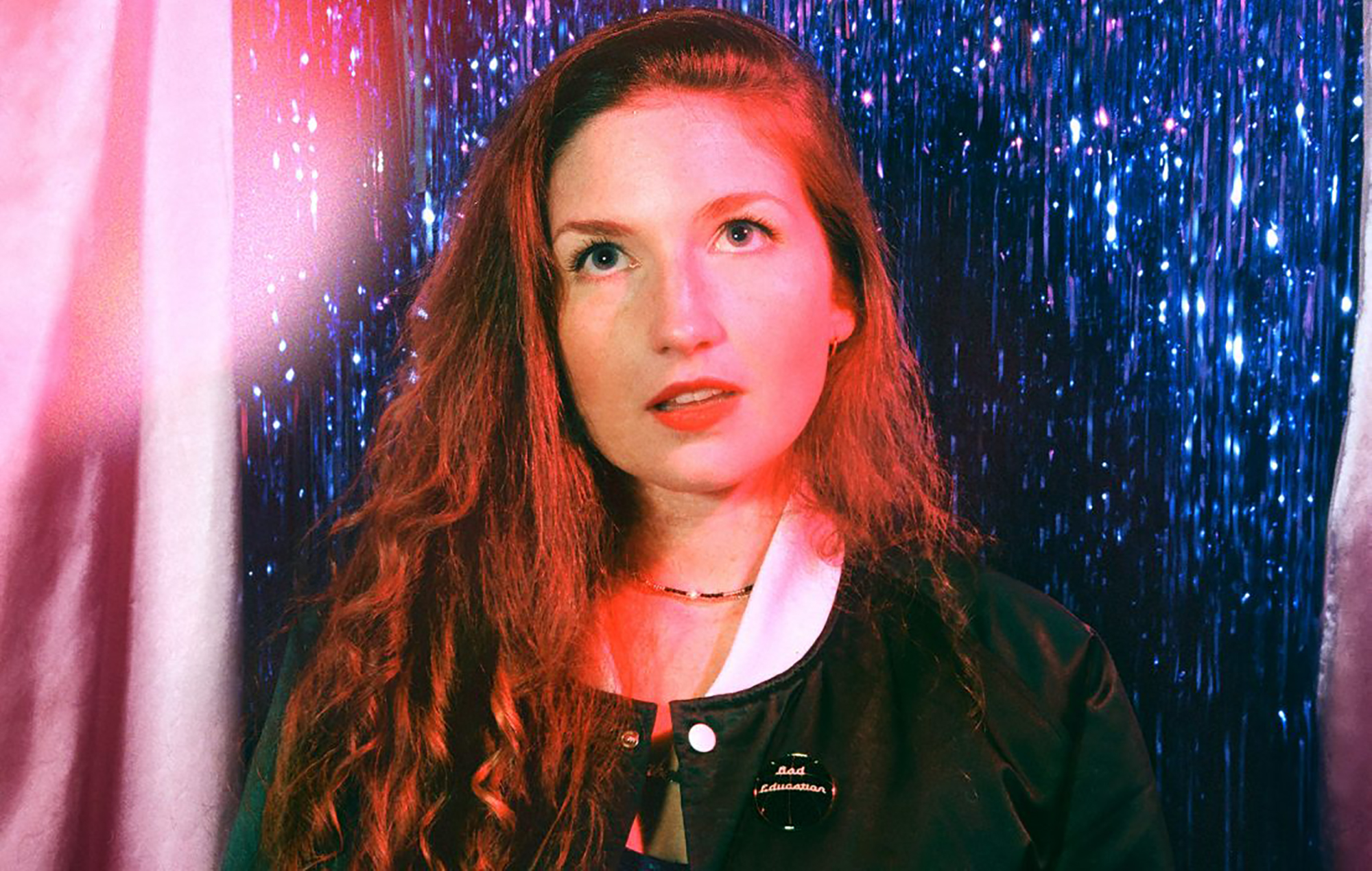 Elizabeth Sankey – writer, musician and director of the brilliant documentary Romantic Comedy – explores the themes of Maria Schrader’s I’m Your Man from the distinct vantage point of the rom com. While the film asks both existential and philosophical questions about life and the human condition, what it excels in capturing is both the pain and joy of letting go and falling in love (sometimes under the strangest of circumstances).

While watching Maria Schrader’s fresh, brilliant and hilarious new romantic comedy I’m Your Man I thought about the male gaze. I thought about how for centuries women have been told and shown, very clearly, how they should look, dress, and behave in order to be the most appealing to the average, heterosexual man. And while the mould we are encouraged to pour ourselves into has changed over the years, the notion of a platonic ideal for women has not. We know what colour our skin “should” be, also the shade and length of our hair, what our breasts, waist and hips should measure, and what age we should aim to stay at physically in order to attract a mate. 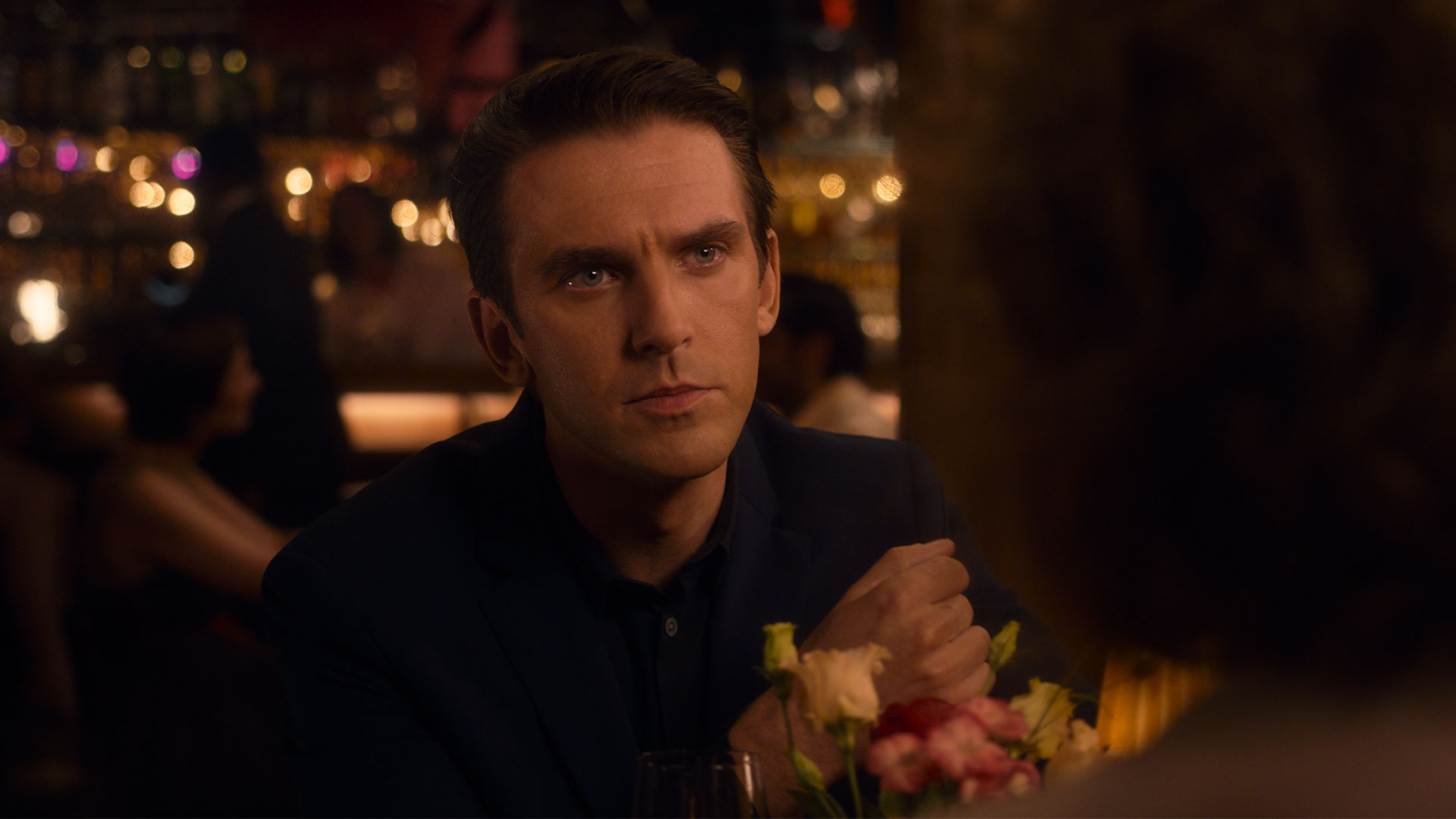 Of course, in real life, most men don’t want their partners to be pin-ups, or Cool Girls, or whatever the current incarnation of an ideal woman is – a bookish girl who is also incredibly, traditionally beautiful, excels in her work and relationships, doesn’t give a fuck and is hilarious, but also tender, complex and sweet? No, in real life, attraction – regardless of sexuality or gender – manifests in similar ways. We want someone who shares our beliefs and values, who challenges us, infuriates us, and can still be surprising after 20 years. We want someone we respect, who makes life better; we want someone who feels like home. And once you get past that initial flush-cheeked, heart racing, physical attraction, I think most would agree that the internal is more important than the external. 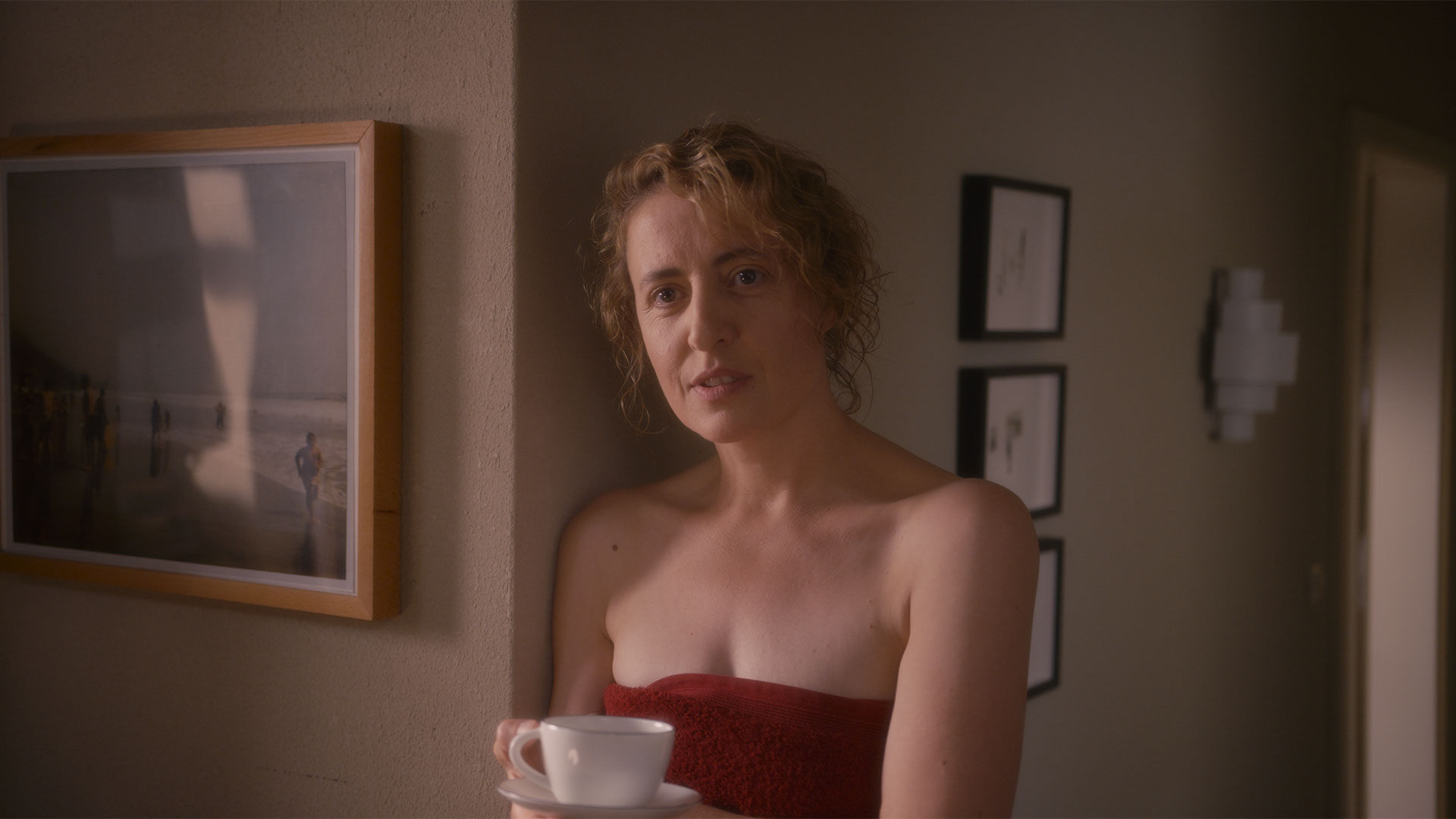 But the problem is, no matter how much women can reassure ourselves, and each other, that looks don’t matter, that we don’t need to diet, that wrinkles are beautiful... We have centuries of stories that tell us otherwise. In real life, most women, and men, reject these ideals, but in stories and art they are celebrated. Women are told simultaneously to ignore all of that outdated, toxic, misogynistic rubbish, but then we sit down in the cinema and see that it seems only a very specific type of woman is “worthy” of love. 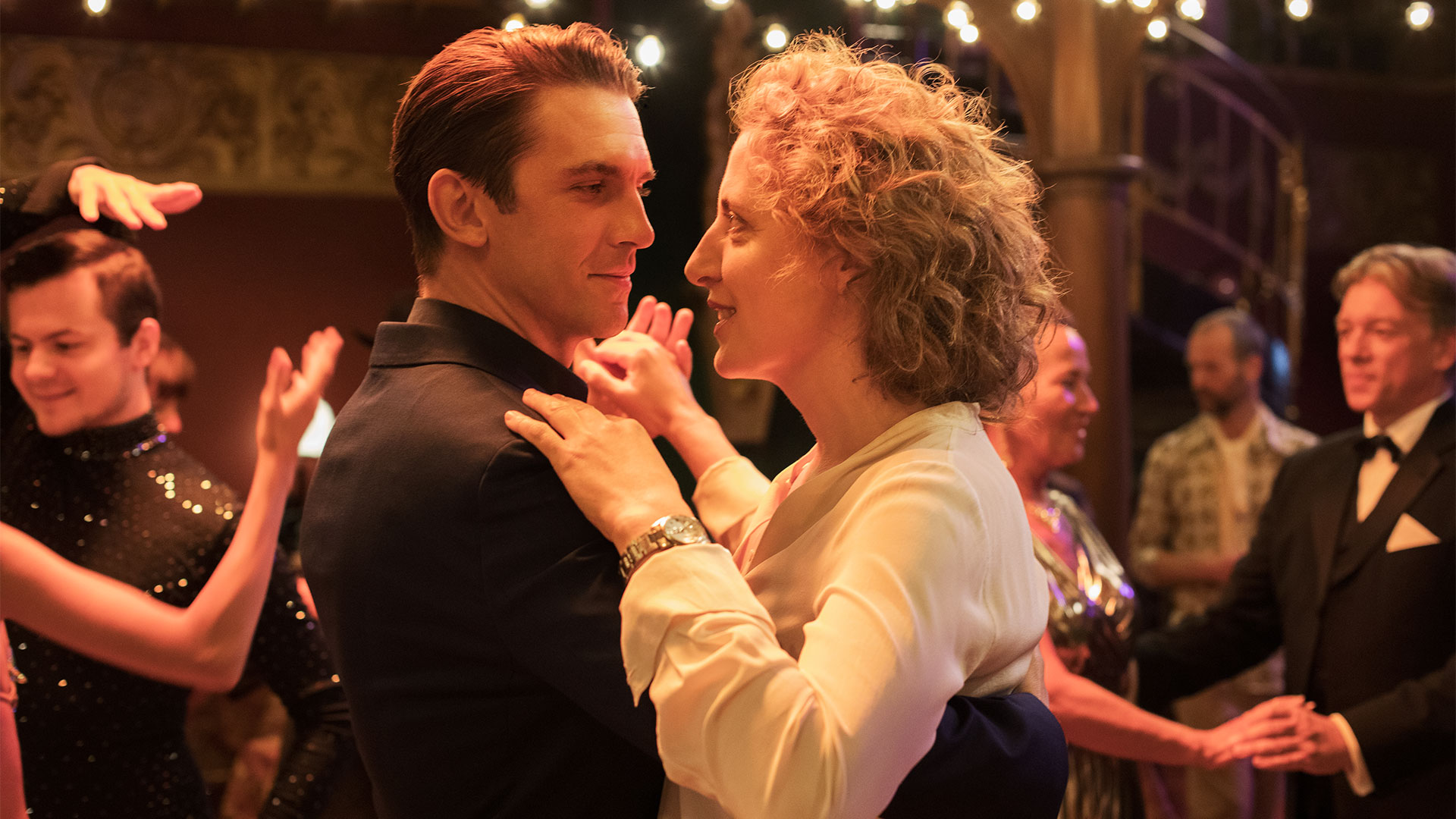 Book To See I'm Your Man In Cinemas
Book Tickets

In I’m Your Man the tables are flipped. The female protagonist, Alma, is unwillingly spending three weeks assessing a robot that has been perfectly designed for her. But watching Tom – her bionic intended – attempt to woo her with his thick black hair, glacial blue eyes, and slim but tanned physique, I couldn’t help but smirk, ‘well he was definitely designed by a man’. He runs her a bath with rose petals, he recites her favourite poetry, he tells her she is beautiful within moments of their first meeting. I recoiled, and Alma does too. 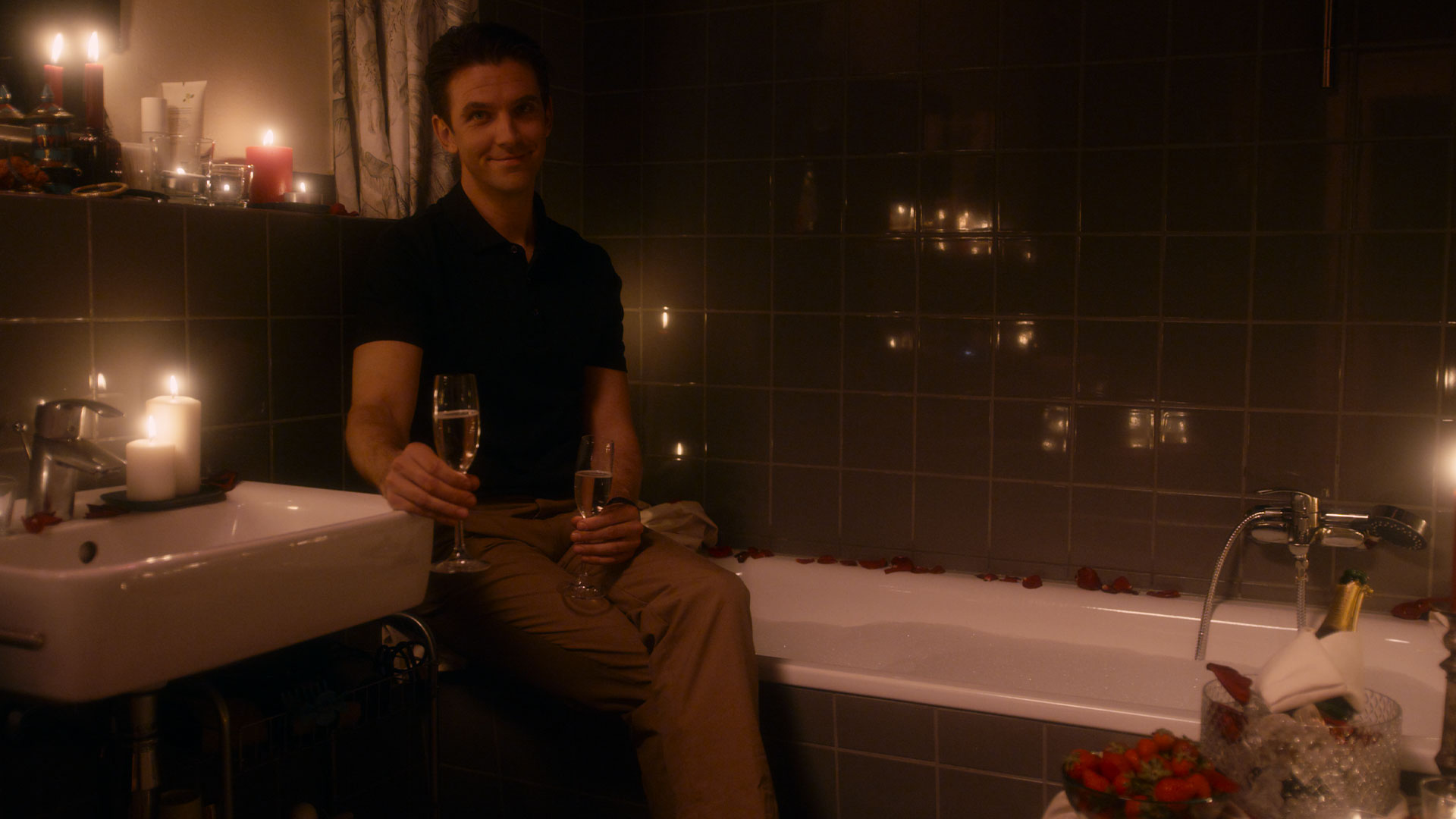 But then Tom starts tweaking his behaviour, his algorithms responding to Alma’s cues, and I began to think about the film in the context of my favourite romantic comedies. The best rom coms are about two complementary opposites being thrown together and changed by the experience. But they also show that romance is really about the relationship we have with ourselves. As Jerry Maguire famously said, ‘You complete me’, but actually he should have said, ‘My superficial projection of you onto my own life makes me think that you would make that life feel complete’. We see our lovers as extensions of ourselves, we think mostly about how they make us feel, rather than how we make them feel. So what does it really matter if the person you share your life with is a robot, who gives you what you want? And not just corny, nonsense fluff of chocolates and flowers. What if they can also get angry with you, or deny you sex when you are begging for it? What if they are so well designed that if you want them to surprise you after 20 years, they can. They, too, can feel like home. 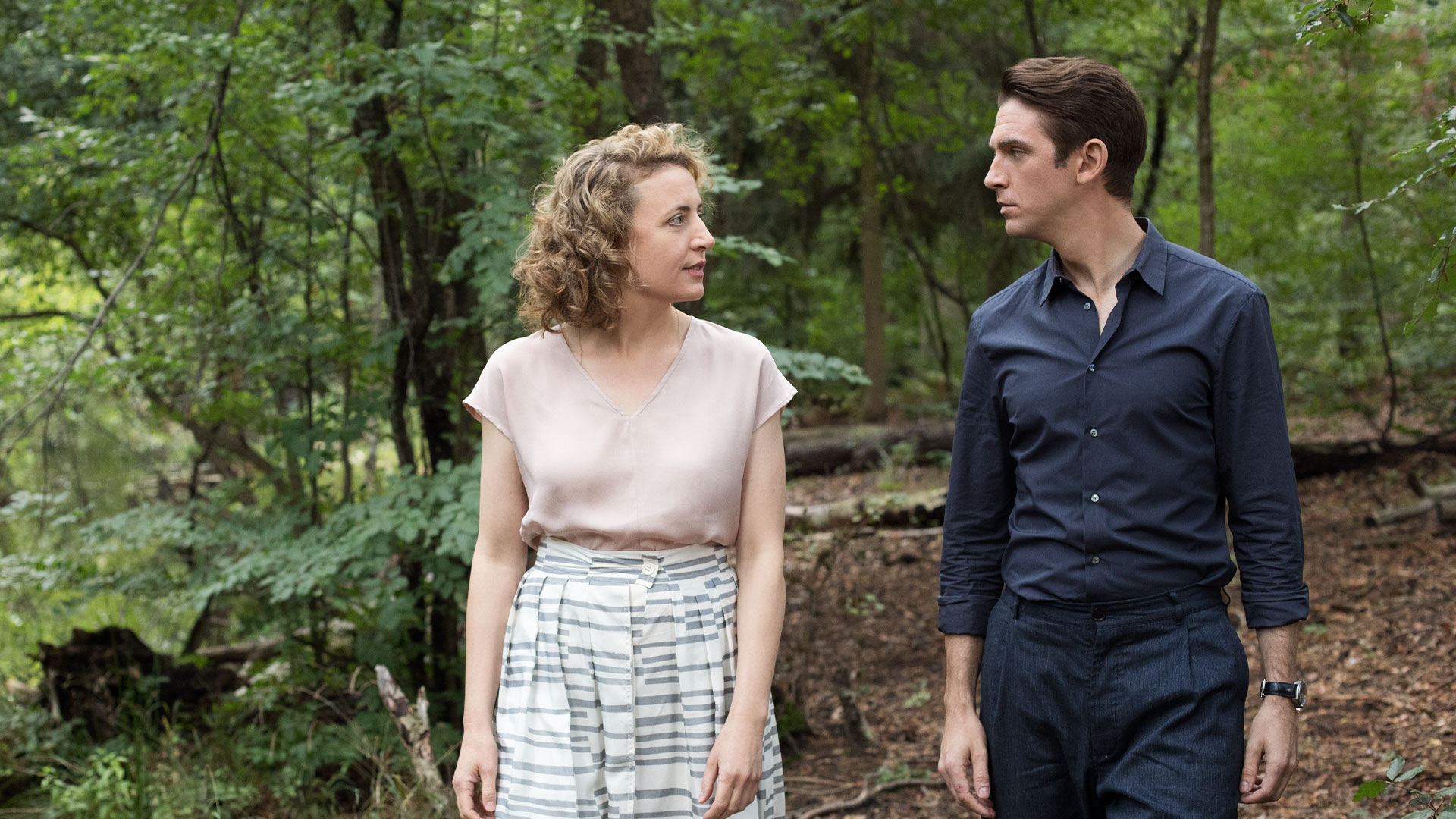 Progressive romantic comedies are difficult to make. It isn’t easy to come up with a premise that is based around true conflict which is also light and frothy. The genre is trapped by its reliance on musty, outdated and traditional ideas of what men, women and love “should” be. Boy who stormed the Capitol meets Girl who is a key activist in the Black Lives Matter movement... I dunno, I’m not sure they would end up making out at someone else's wedding. We live in a time where there is, understandably, disillusionment when it comes to prioritising and searching for that vintage, Doris and Rock, “perfect” relationship. Rom coms that pick holes in the idea of love being sweet, innocent and pure are far more appealing. Punch-Drunk Love (2002), starring Adam Sandler as a toilet plunger salesman with serious rage issues, seems fresher today than ever before, as does Zoe Kazan’s Ruby Sparks (2012), where an author designs his perfect woman as a character in his new novel and then is horrified, and thrilled, when she appears in his house. 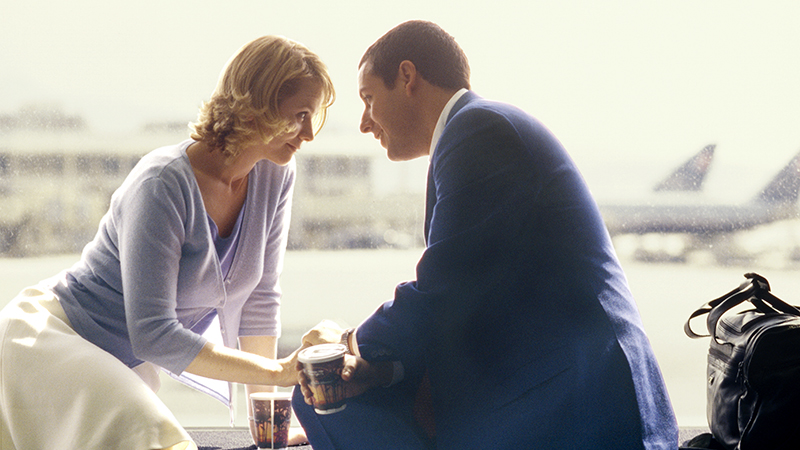 But those movies – as with I’m Your Man – still stick to the idea that compromise, resistance and personal change are key to romantic comedy. Our characters must overcome themselves to find love as they are thrust into a new and unexpected situation together, a place where neither of them have control. But romantic comedies are also fantasies, so often the space they inhabit is temporal; in Splash (1984) there is the undersea world, in Heaven Can Wait (1943) there is the after-life. It is here they undergo their transformation; they forget themselves and find each other. And in I’m Your Man, we see Tom and Alma finally connecting as they leave the brutal concrete architecture of Berlin behind, and lie on their backs in a wild meadow, basking in the sunlight. 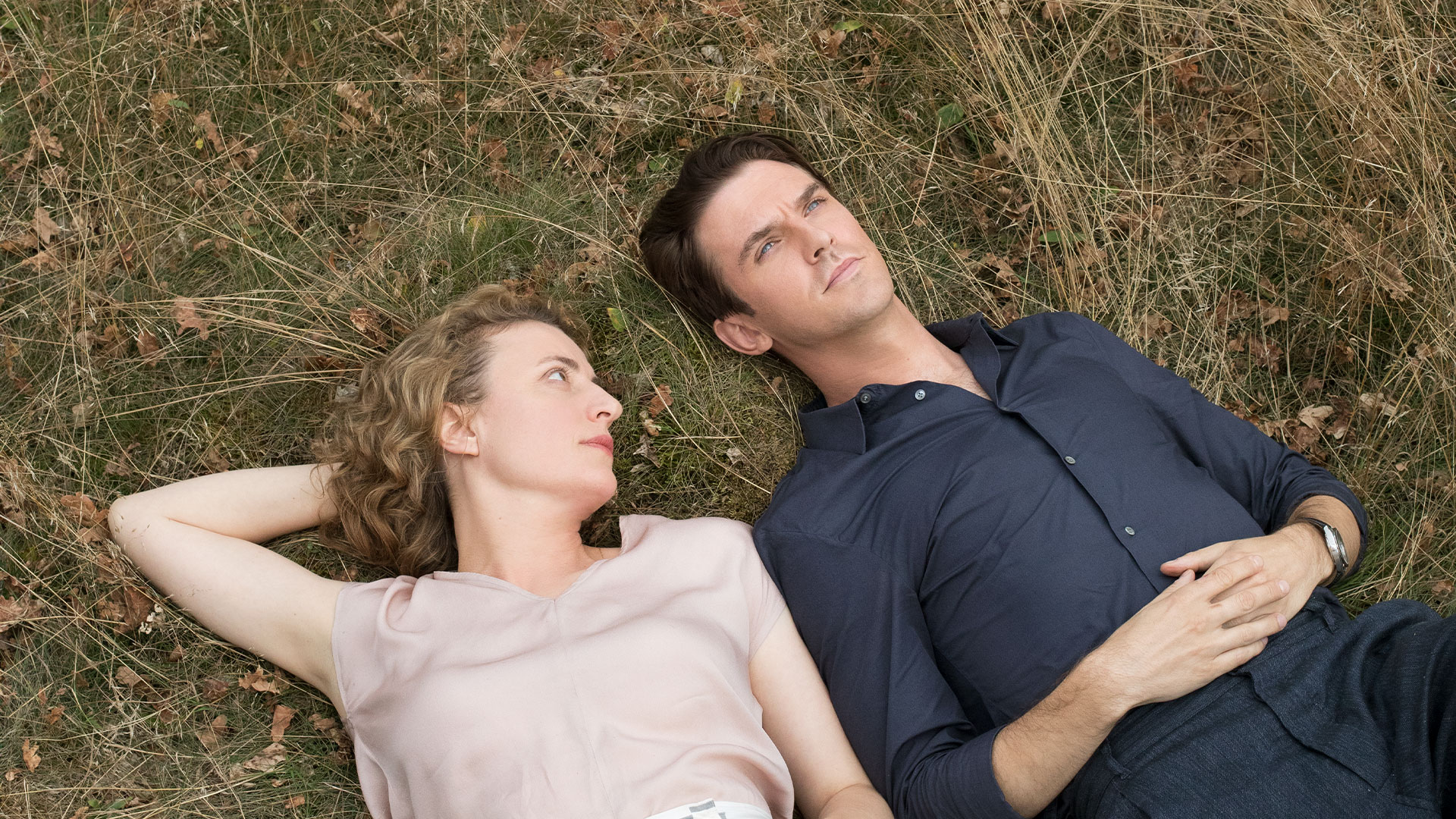 After Tom tells Alma the fictitious story of their meet-cute, she falls asleep. When she wakes, she finds Tom standing peacefully amongst a herd of deer: ‘They didn’t even notice me, because I’m not human,’ he says, smiling. Then he and Alma take off their shoes and run barefoot through the field like children. For me, this was the moment Schrader’s female gaze became so apparent. Alma was finally able to let go. As she watches the robotic Tom – dressed in his immaculate dark shirt and pressed trousers, nary a hair out of place, standing amongst the trees and verdant grass, surrounded by nature – she sees the entirety of his personhood. And we see it with her. 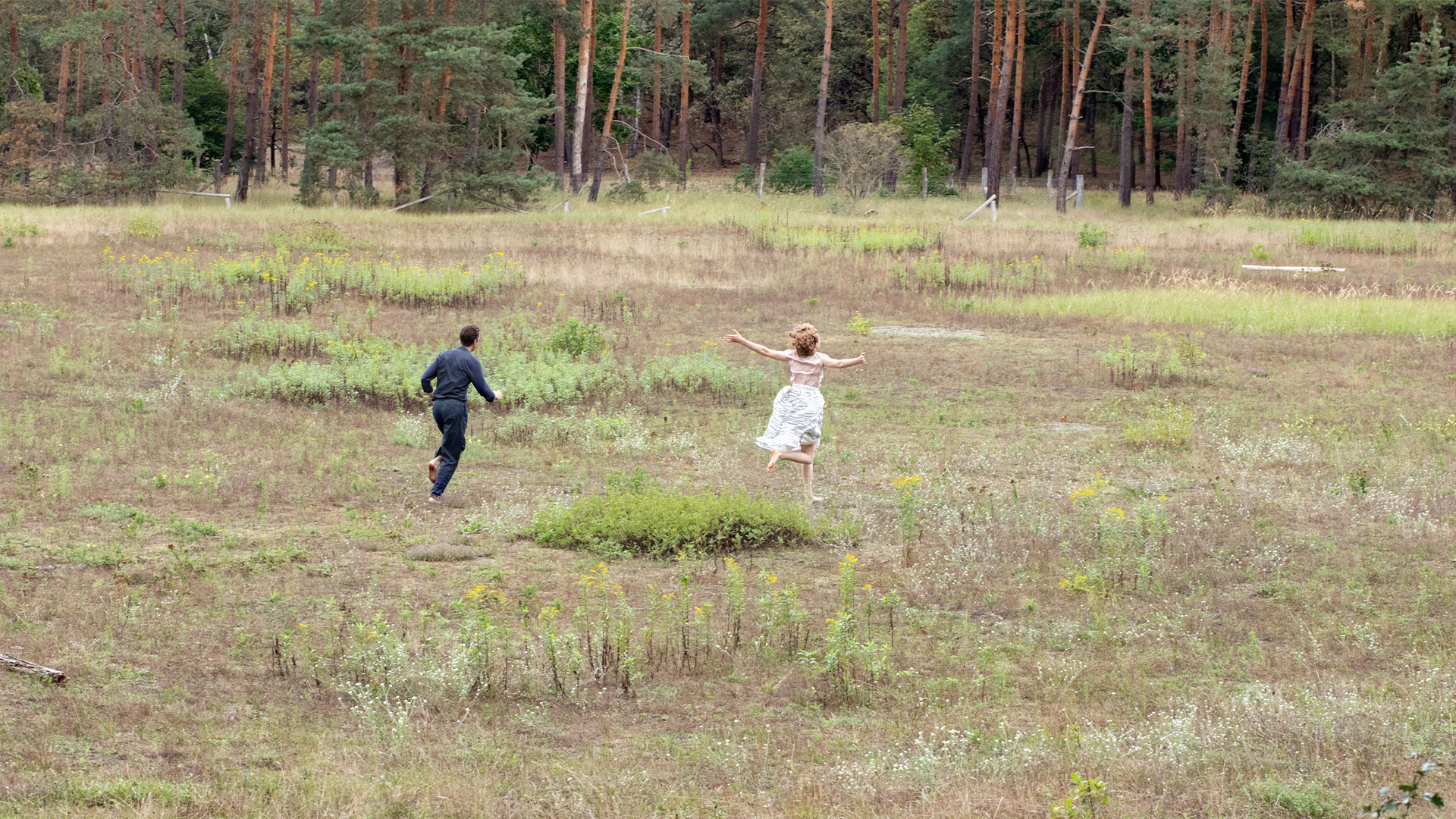 Romantic comedies used to end with marriage, or rather, a wedding. Of course, there have been many deviations from this discourse, for example, the dawning doom at the end of The Graduate (1967). In I’m Your Man, there is no tidy resolution, no declaration of love. What would be the point? Tom would already know what Alma was going to say, and he would never turn her down. He is programmed to love her. And while Alma has certainly been changed by her experience with him, her core remains strong and resolute. She has not cast aside her values or beliefs. 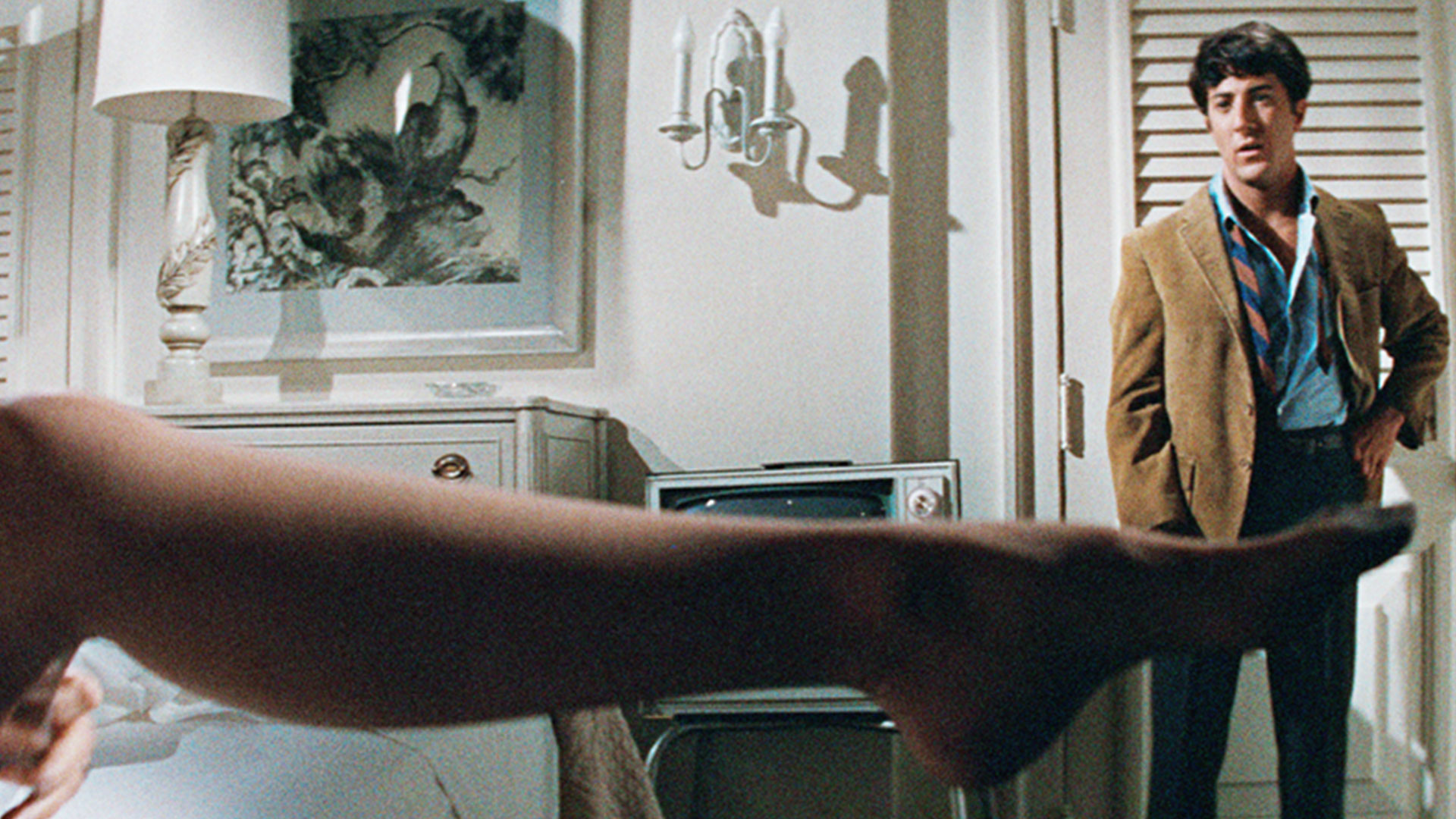 Towards the end of the film Alma bumps into a man who, like Alma, has also been tasked with testing his own robot, and he introduces her to Alma. Chloe is blonde, thin, white and at least ten years younger than him. Alma asks this man how his experiment has been going. He tells her he is thrilled, that no one has ever loved him before, and that he wants to talk to the company about being able to “own” the robot after the experiment is over. Alma stares at them; she sees the unbridled joy in this man’s face as he talks about how wonderful his life is now, how he never thought he could be this happy, and, like Alma, we find this disturbing. 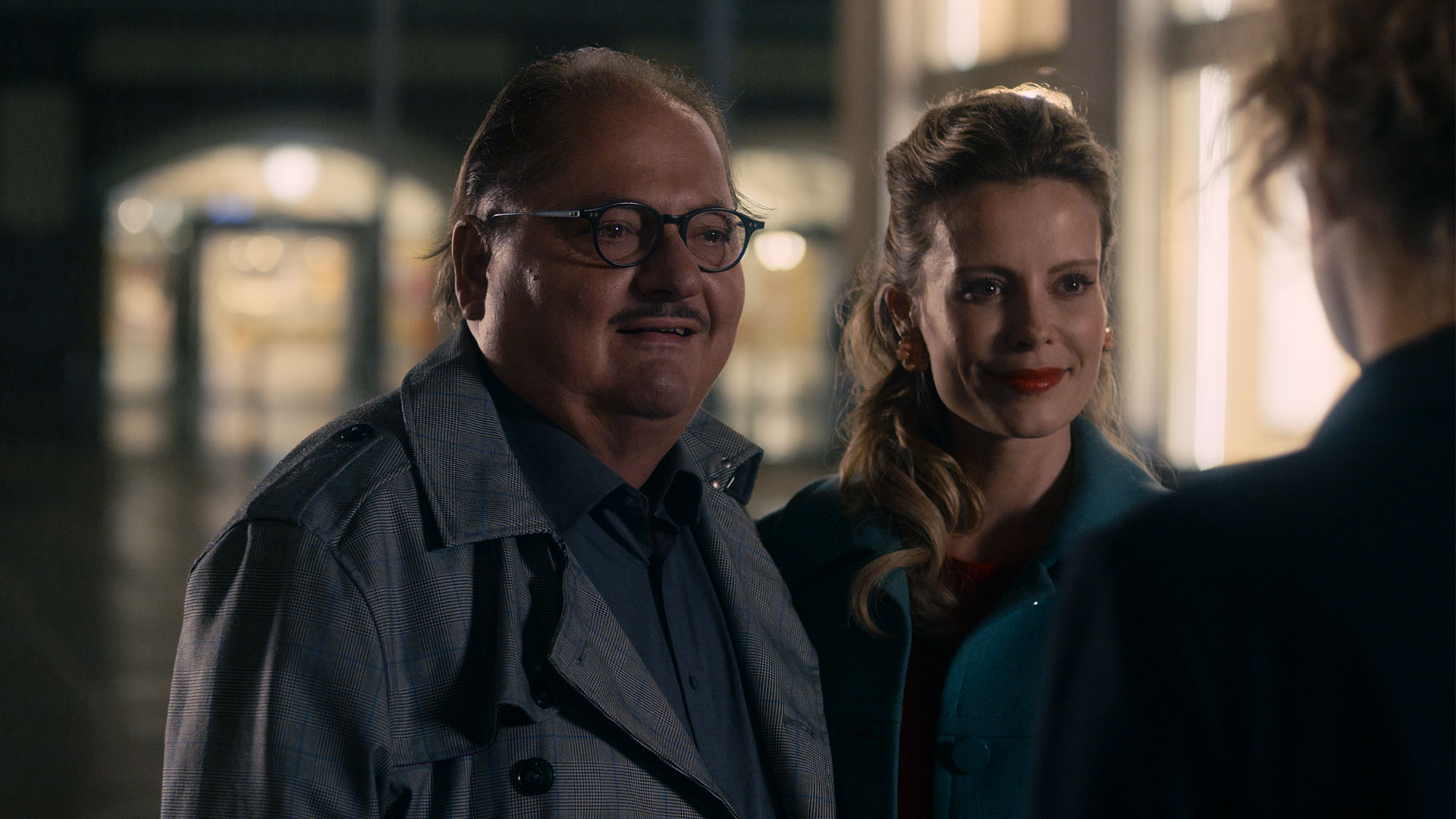 There shouldn’t be a platonic ideal for a human being. No one should ever be instructed on how they could change, squash, or cut themselves to be more attractive to a stranger. But even though Alma knows this, and believes it, she can’t help but long for Tom. Because once you have found your perfect person, even if you know they are a robot who has been designed for you in a lab, how can you possibly let them go?

I'm Your Man Is Now In Cinemas and Curzon Home Cinema