Love Lessons: The Worst Person in the World and the Romance of the Self

Emily Maskell explores how Joachim Trier’s unconventional romantic comedy is not particularly concerned with how Julie (Renate Reinsve) relates with her male suitors, and instead focuses on her relationship with herself.

The romantic comedy has long been a monolith of cinema. Radiating with warm, heartfelt narratives where love surmounts all by the final act, rom-coms were a staple in the late Eighties and Nineties with titles including When Harry Met Sally (1989), Pretty Woman (1990) and Notting Hill (1999) becoming huge commercial successes by following simple but pleasing storytelling formulas. In 2022, the rom-com looks rather different, and The Worst Person in the World is one of the most fascinating contemporary additions to the well-trodden genre. Joachim Trier’s film is a wolf in sheep’s clothing: a cerebral character study wrapped in rom-com packaging where traditional romanticism is redirected and rewritten. 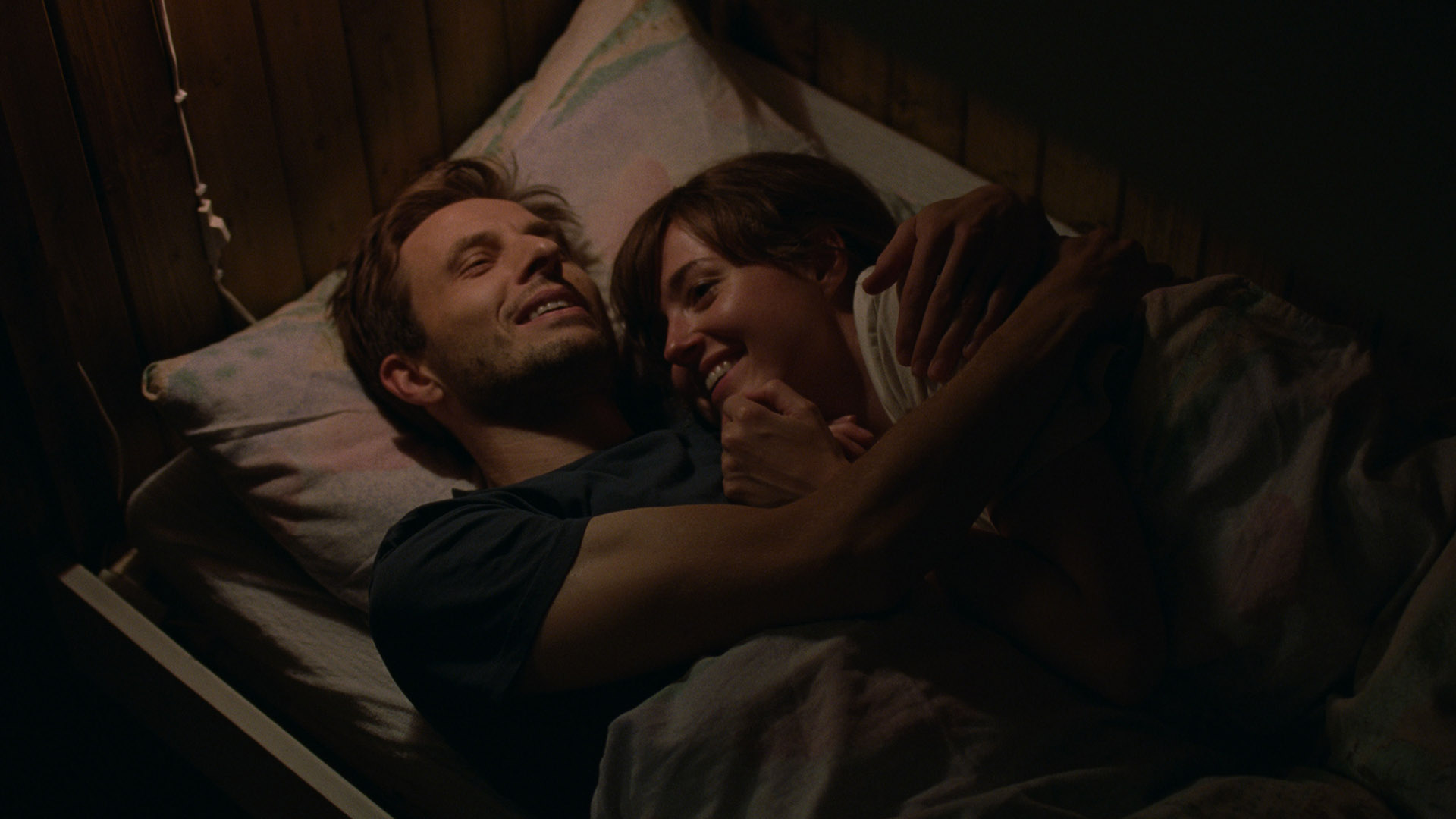 Unfolding in 12 titled chapters bookended by a prologue and epilogue, the final entry in Trier's Oslo Trilogy (which also includes Reprise [2006] and Oslo, August 31st [2011]) is structurally akin to a coming-of-age narrative, although simultaneously resembles a romantic comedy and existential character study. The film chronicles Julie’s (Renate Reinsve) self-discovery through her late twenties and into her thirties. She is in limbo about her professional ambitions – switching from medicine to psychology to photography to writing – and tries to iron out her nebulous identity while her peers get promoted, married and have children. Julie regards these life milestones with wariness and the film eschews the predictable trappings of romantic love. Instead, it hinges on the deeply romantic connection between Julie and adulthood ambivalence. Romance is recalibrated not as an outward force, but an internal pursuit of self-identification. 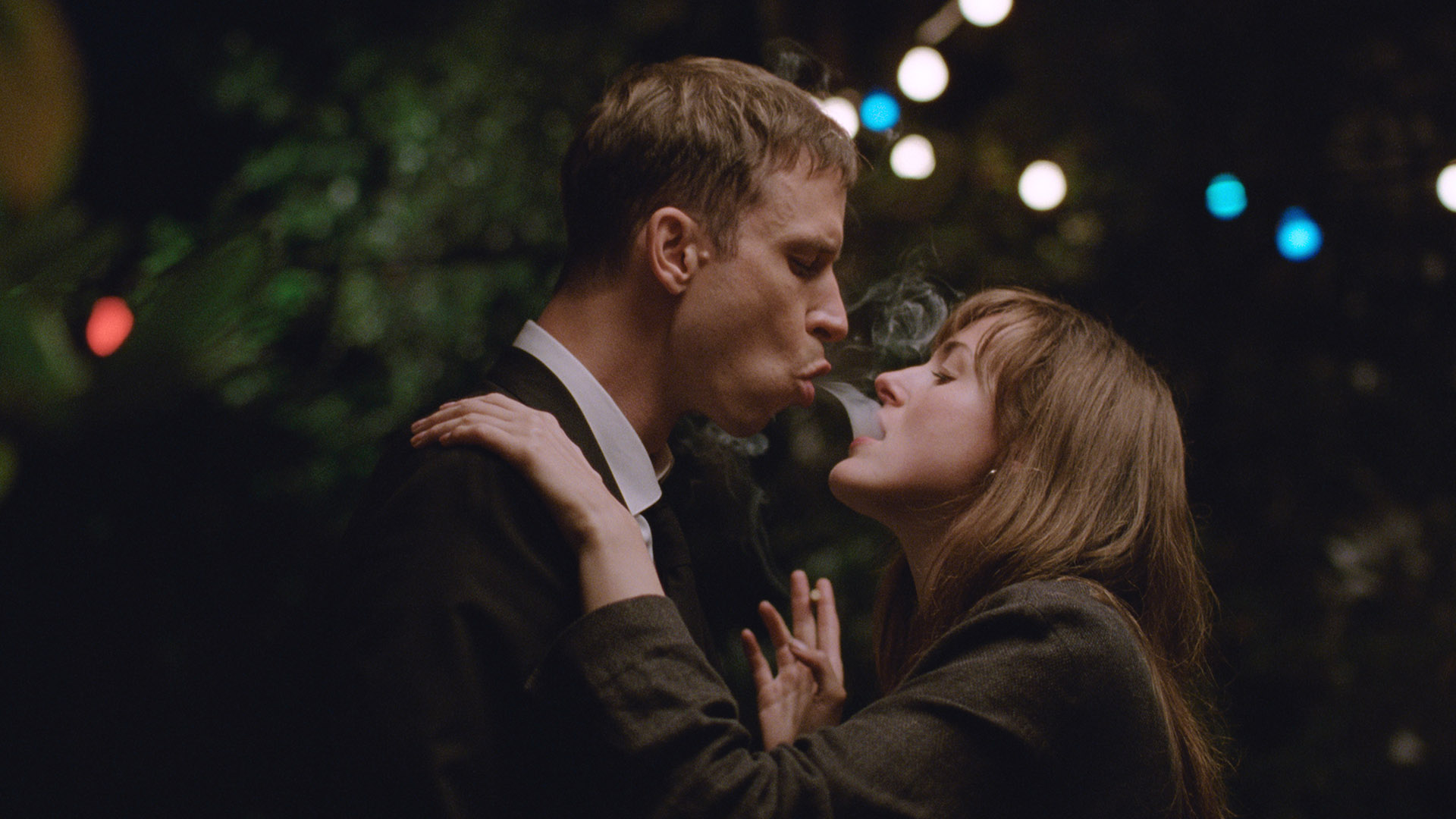 Julie resides in an unstable, liminal state as she approaches her thirties; time slips through her fingers while she wrestles with the equally elusive and terrifying prospect of settling down. Julie’s first significant lover at this point is Aksel (Anders Danielsen Lie), a controversial comic-book artist over a decade her senior. As their relationship grows serious, Aksel warns they are in different life stages and it’s not going to work out, but they throw caution to the wind and move in together anyway. It isn’t long, however, before Askel is tugging at the first fraying strings of their relationship. He is in his mid-forties and wants to start a family, whereas Julie is not convinced she is ready for motherhood and unravels at the very idea.

WATCH THE WORST PERSON IN THE WORLD IN CINEMAS
Book Tickets

With piercing awareness, Trier’s film presents the unsteady balance between Julie’s independence and the societal pressures of being in a heterosexual couple. In a culture that prioritises romantic love and sees motherhood as a progression of womanhood, Julie’s choice to remain childless is questioned by Aksel and his friends. As the beams of commitment are being cemented into the structure of her life with Aksel, Julie’s autonomy is compromised and her head is turned. It is not that she wants to escape him, but needs to rid herself of his commentary on her life. A new romantic opportunity provides a rejuvenated vision of freedom she can not help but crave after just a taste.

That new flame is Eivind (Herbert Nordrum), a man she meets at a party. She is instantly infatuated, and their clandestine encounter is electric with undeniable chemistry. Through dilated pupils, Julie sees the world anew. She may have been aimless up until now, but Julie takes control here and allows herself to be guided by hedonism. In the film’s most triumphant moment, she barrells down Oslo’s streets as the world stands still around her, and commits to leaving Aksel to be with Eivind. It is an exuberant scene where Julie refuses to drift and instead sprints directly towards what she wants: Eivind. Although the end of one romance and the start of another are the plot points for this chapter, Trier is more concerned with Julie over her male beaux. While sexuality and love are intertwined, the director’s articulation of Julie’s desire centres on her finding belonging and pleasure in relationships. Materialising in an essay she writes entitled ‘Oral Sex in the age of #MeToo’ and later in verbal detail with Eivind (‘I actually think sex is best when the dick isn’t too hard’), this offbeat portrayal sees Julie take control of her body. 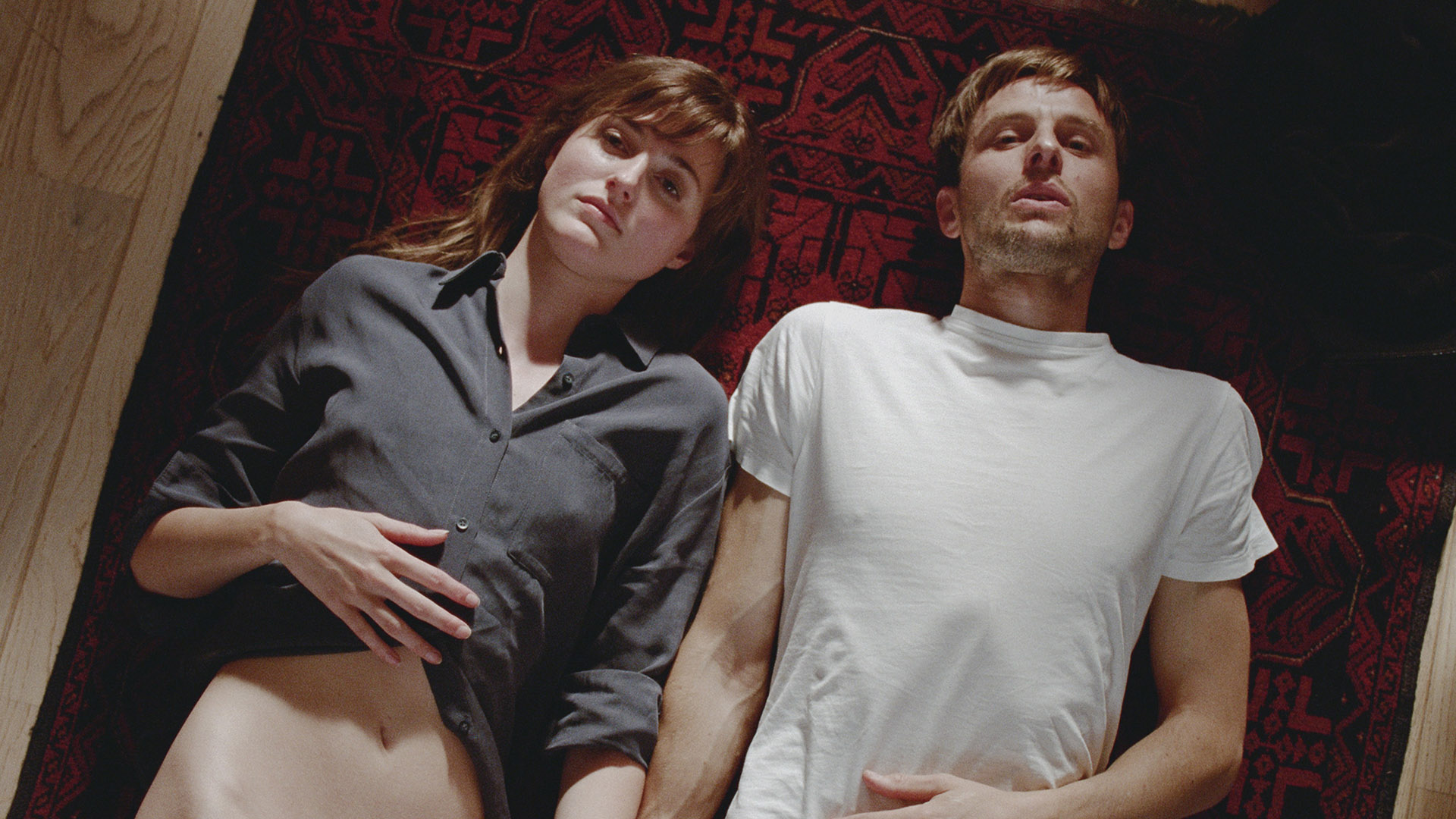 Despite its deep observations and open-hearted romanticism, the film does not shy away from visceral imagery that forces Julie to confront her desires. When tripping on magic mushrooms, she has a vision of herself: her young face perched upon the shoulders of an old, fat body. Julie has droopy breasts and saggy skin – both branded disgusting by our youth-obsessed culture – and yet she doesn’t look repulsed. In fact, she appears serene. For the first time, calmness finally settles over her features like the surprise of snow in early spring. Trier challenges negative associations with growing older and loving herself unequivocally (even if that means separating from a romantic partner) by solidifying Julie’s life choices – to grow independently, remain childless and dedicate herself to the work she gains true satisfaction from – as the right option for her. 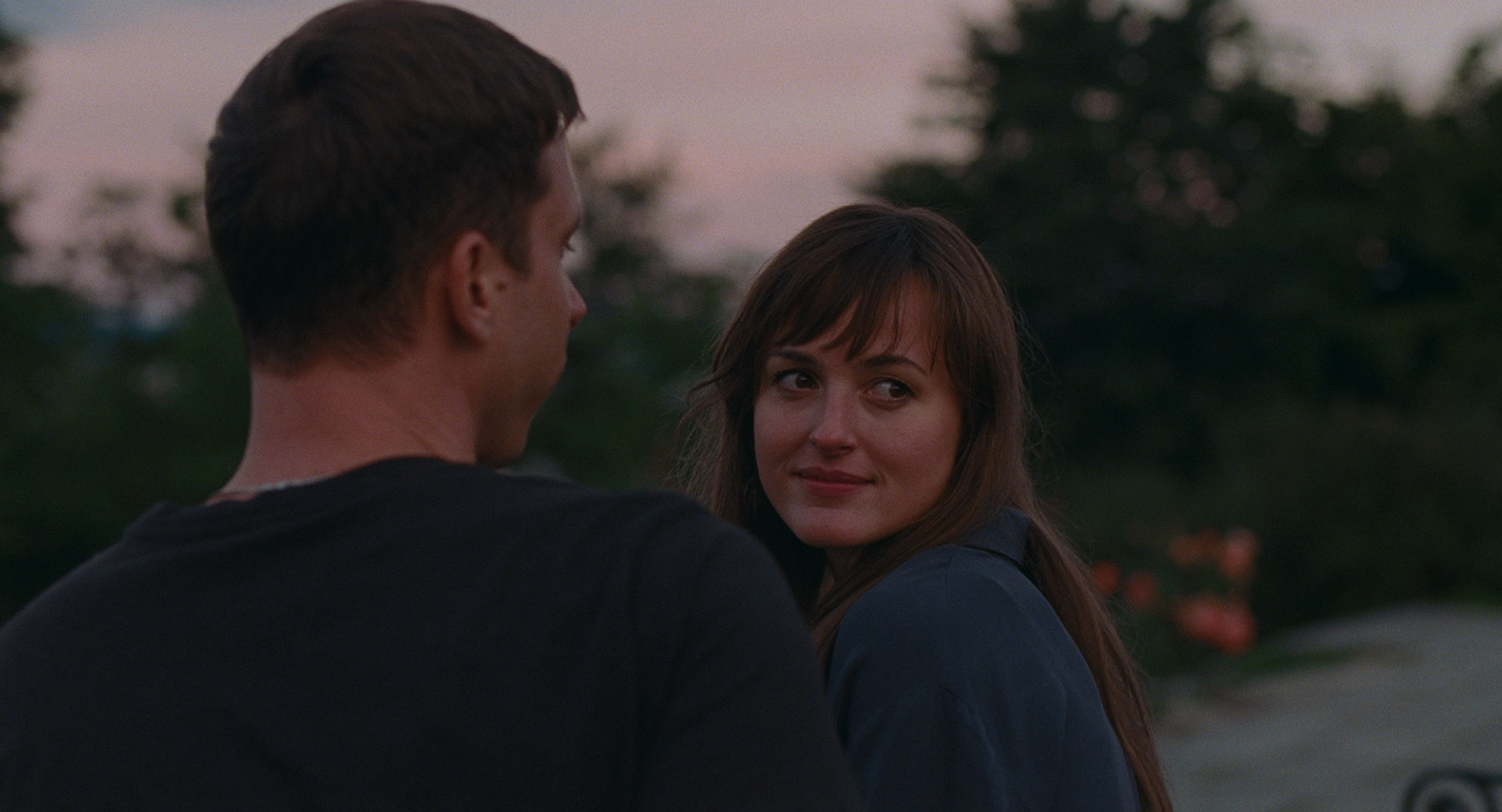 ‘I feel like a spectator… like I’m playing a supporting role in my own life,’ says Reinsve, with devastating earnestness. The line is reminiscent of Iris’ (Kate Winslet) tearful admission in Nancy Meyers’ The Holiday (2006): ‘You're supposed to be the leading lady of your own life.’ In both rom-coms, the plight of womanhood and self-image become core topics for exploration as Iris and Julie express confusion over their sense of selves. Ultimately, Julie’s relationship between who she is and who she is trying to be is the greatest romantic affair of The Worst Person in the World. A cancer diagnosis, parental rejection and a miscarriage all play out with no more drama than any other sequence. The film remains focused on how Julie’s sense of self evolves throughout these ordeals. It asks us: who is Julie in these trying moments? But more importantly: who does Julie want to be? 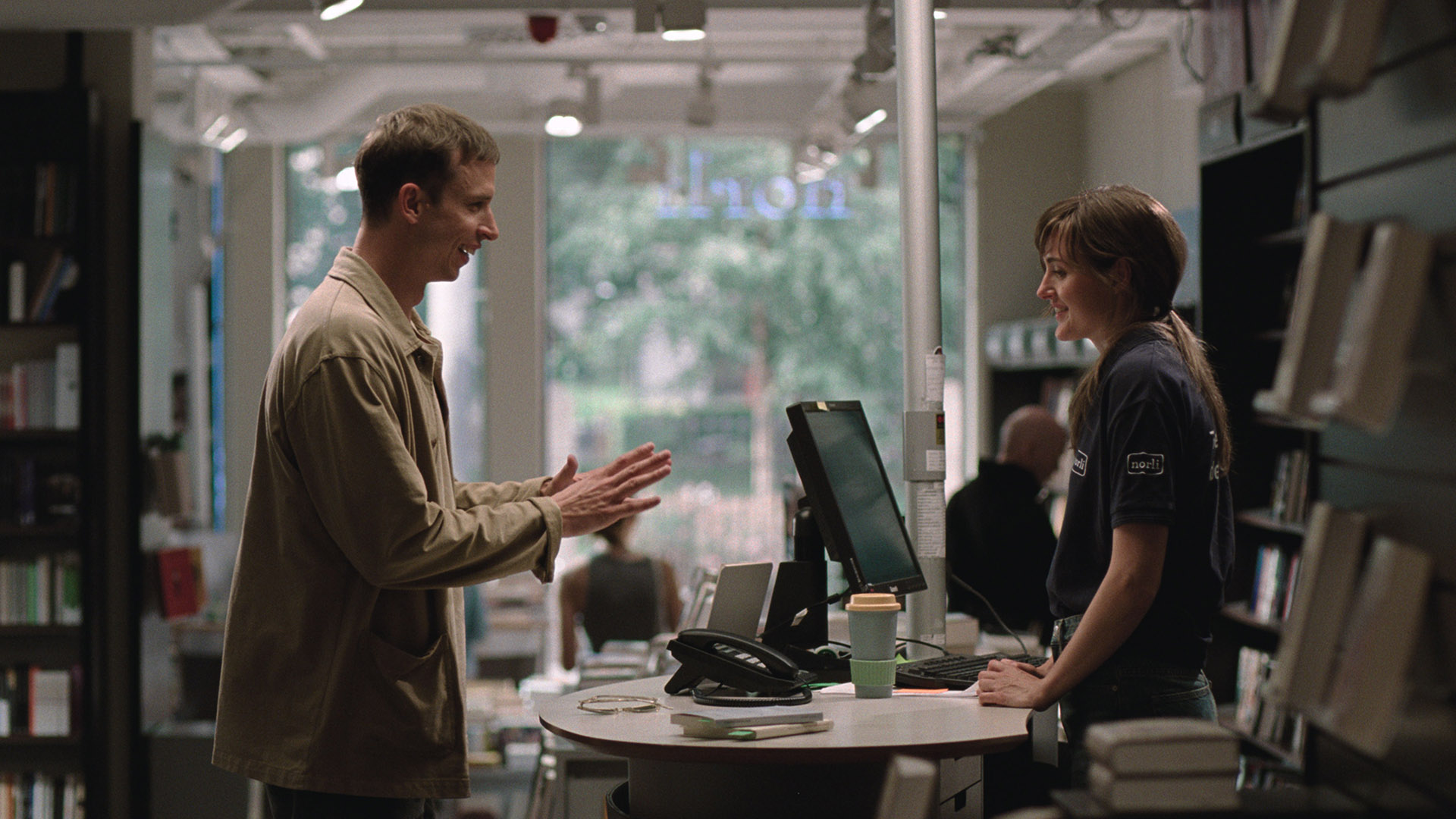 In lesser hands, Julie may have appeared disillusioned, childish or even selfish, but Trier’s thoughtful direction and Reinsve’s exceptional performance result in a realised woman whose happiness and self-acceptance do not derive from romance. Trier doesn’t fawn over Julie’s romantic partners – if she is an incandescent glow these men are mere moths in the grand scheme of her existence. Only by deprioritising romance to centre on Julie navigating self-love and young-adult restlessness does The Worst Person in the World become so original and compelling. Tier’s film is intrinsically romantic – just not in the ways we’ve come to expect from a romantic comedy.

WATCH THE WORST PERSON IN THE WORLD IN CINEMAS