Rian Johnson: 'I Want to Keep the Adventure Alive' 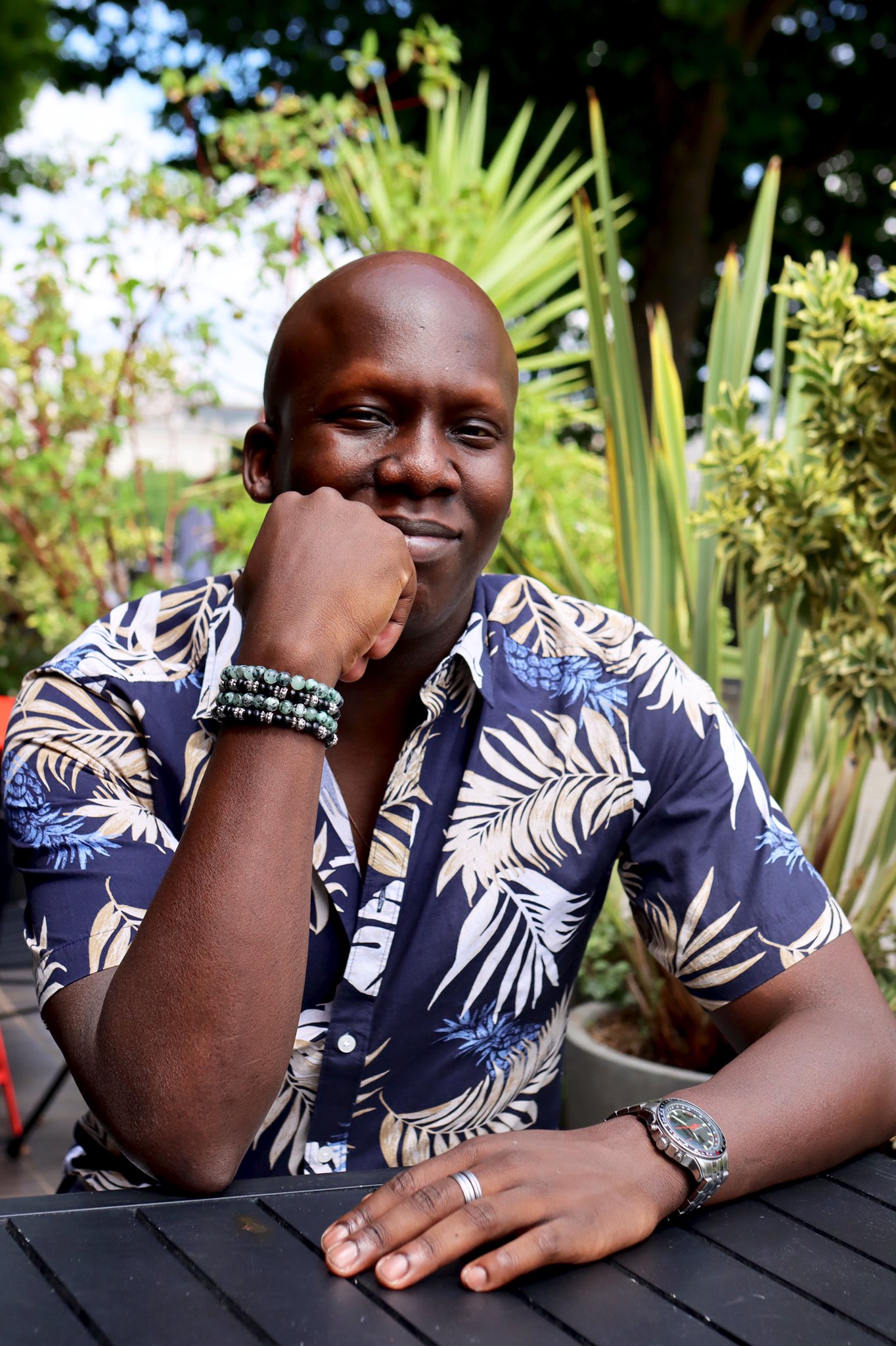 When Knives Out arrived in 2019, its fun, light-footed love letter to classic murder mysteries landed big with audiences, who took to the film in droves. Having taken its mastermind, writer-director Rian Johnson, 10 years to write, with the inevitable sequel (the first of a massive, multiple-movie deal made with Netflix) he had a lot less time to put pen to paper. ‘If I could take 20 years to write every movie, that would be heaven,’ Johnson jokes, ‘but my producer won’t let me do that. It was actually very scary to do this in a much more compressed amount of time. There’s probably something much healthier about having to focus and commit to it.’ 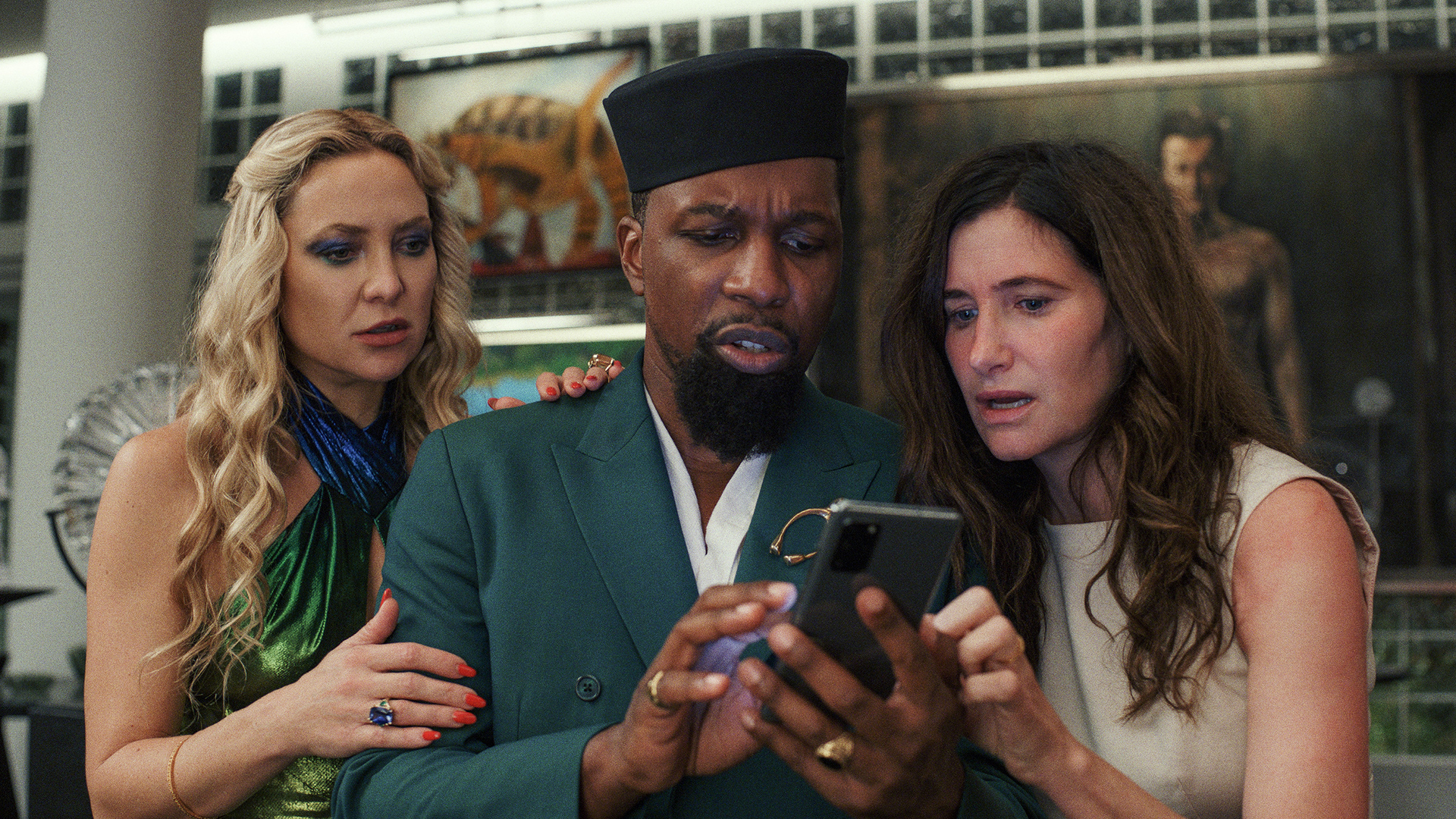 What he committed to was a film that was undeniably bigger – much of the movie takes place on an exotic Greek island as opposed to a Massachusetts mansion – but no less entertaining, with a new cast of characters to play potential murderers/murder victims. When it came time to whip up this new case, Johnson started at the centre of the glass onion. ‘It’s a weird sort of fishing expedition. What I’m looking for is an approach to the story and the plot that makes it all click together. There’s something very specific that this movie does at its halfway point. And when I hit upon that I realised, “Oh, this fits in, and I can use this to fit in with the theme of this.” It was like the teeth of two gears coming together. And then the wheels start turning.’ 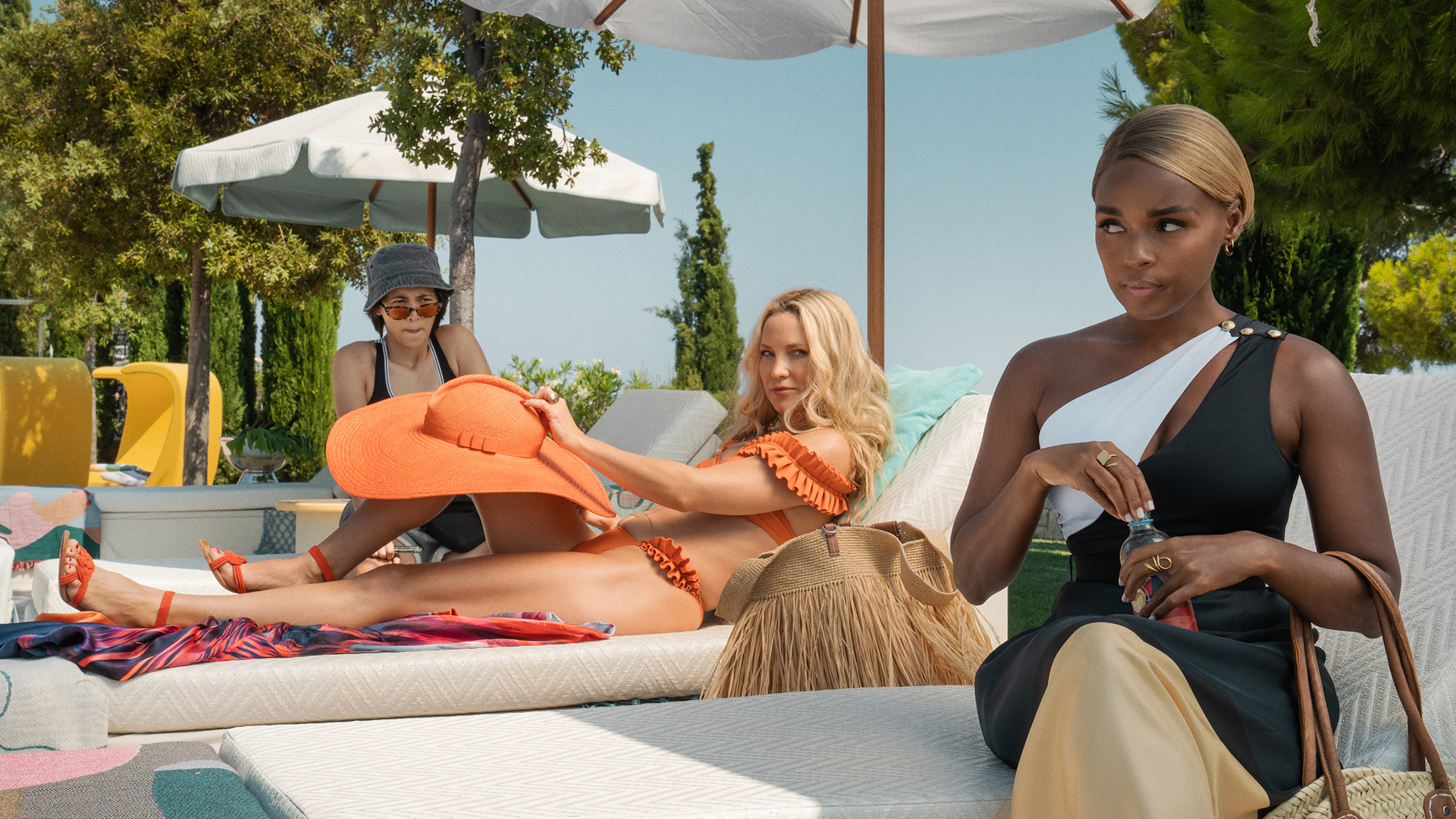 Rejoining him at the centre of this mystery is Daniel Craig’s dapper detective Benoit Blanc, once again bringing his Southern charm and winning wisdom to the fore. This time round, we learn a bit more about our favourite sleuth’s personal life and insecurities. But Johnson isn’t planning on revealing all his secrets any time soon. ‘I want to keep the adventure alive by teasing little things, bit by bit,’ he says. ‘It can be very tempting to think that the movie is about him and to want to delve into his backstory and show more of his life. And the reality is, it’s very important to remember the detective is not the protagonist of a mystery. The detective is at the centre of the mystery, but the dramatic engine needs to always be driven by the suspects, and by the person who’s going to get killed.’ 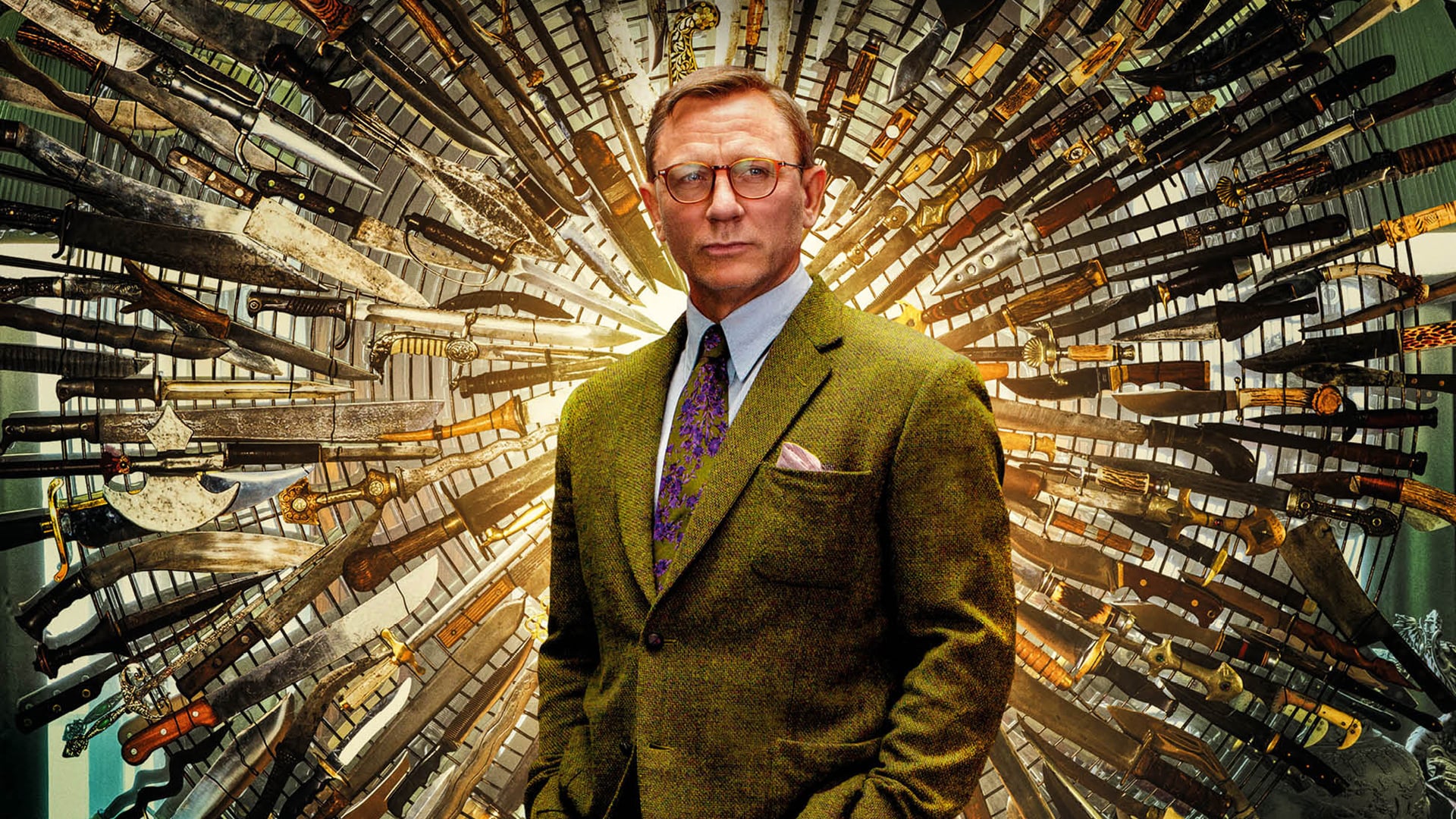 As is true of any good whodunnit, it’s not immediately obvious who is who, and there are many twists and turns the story takes en route to the truth. How to keep track of it all when there’s so many characters to juggle and motives to untangle? For some writers, it’s a big whiteboard with interlinking pieces of string. For Johnson, it’s something a little more easy to carry. ‘I actually have my notebook here from when I was writing’, he says, revealing a pocket- sized pad. ‘So this is the first half of the movie, and I diagram it out like this. Before I can start writing, I need to be able to just look at a piece of paper this big and say, “There’s the movie.” With an cast like this, trying to give everybody their moment is a delicate game.’

Not included in that diagram were the many themes that were on Johnson’s mind as he was writing his sequel. The political satire deployed here isn’t subtle, but it is effective. ‘This is an incredible genre for examining society because the essence of the genre is an ensemble that has a power structure to it,’ he says. ‘It was kind of an angry yell against a lot of stuff that we’ve been dealing with in popular culture and in politics for the past six years.’ This irritation with the state of the world today extends all the way to Blanc himself. The detective is given an Achilles’ heel – he doesn’t do well with silly games. ‘A lot of us looked at very big dumb things and tried to interpret them as if the people were playing three-dimensional chess, when in reality, it was just a bunch of thugs trying to get power – it’s exactly what you think it is. It seems both appropriate for the themes, but also a very fun way of actually giving Blanc a proper challenge.’ 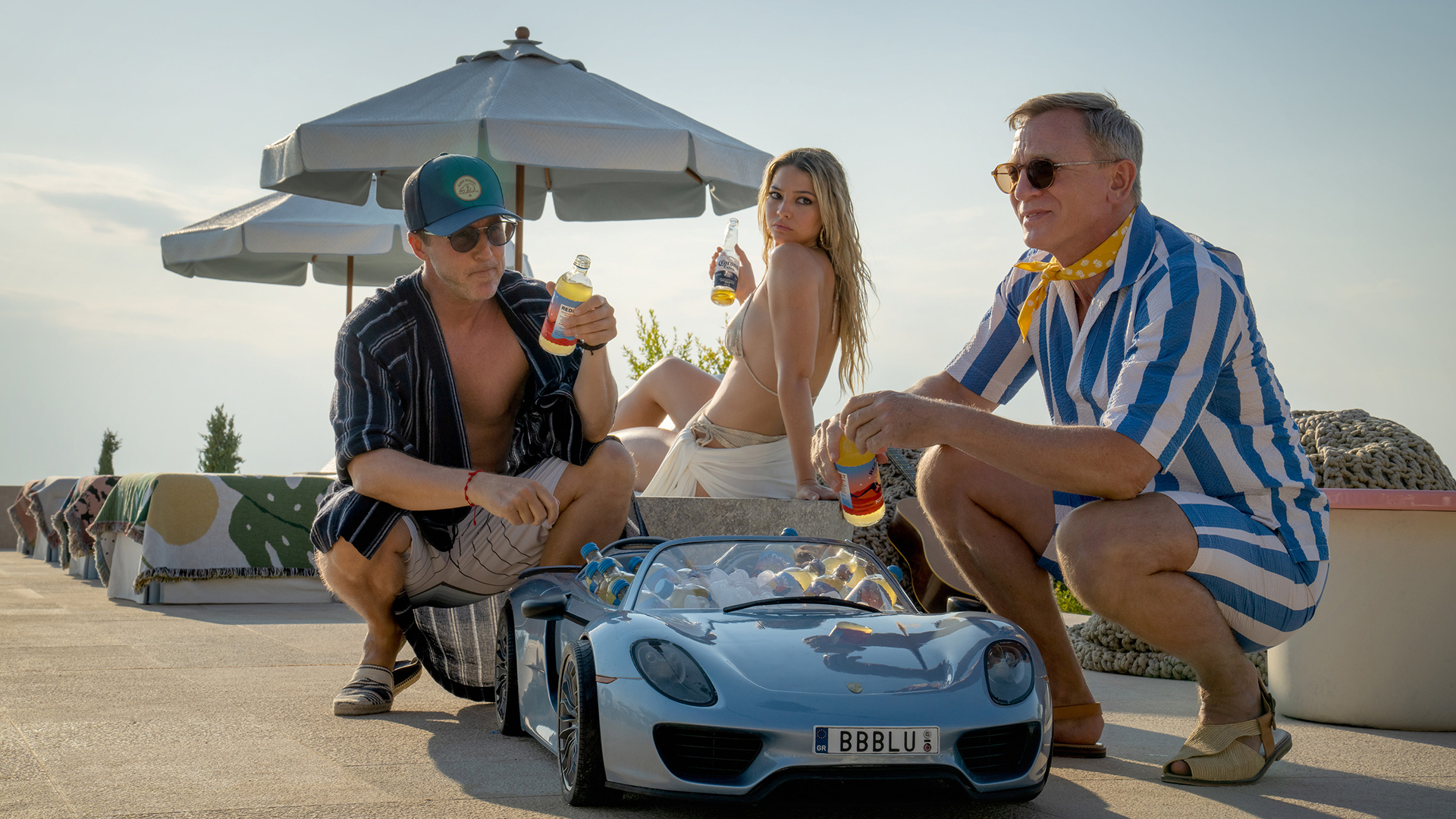 It’s a challenge that helps make the classical stylings of a murder mystery feel fresh again, much like Johnson did with his work on The Last Jedi (2017). Though Knives Out and Star Wars are very different beasts, the writer-director’s approach always stays the same. ‘Whenever I sit down to make something, what I’m trying to do is get to the essential, pure pleasure of what it brings me. Sometimes, to do that, you have to shake the dust off of it and wake up the audience’s senses. It’s me trying to get back to what it felt like as a kid watching The Empire Strikes Back (1980), which felt strange and scary and unmooring. And the method of doing that is exactly the same: telling a good story.’ Johnson will be staying in whodunnit territory for Poker Face, a new weekly crime show where we’ll follow the clues with Natasha Lyonne’s Charlie Cale, and he’s already hard at work on a third Knives Out mystery. Time to whip up a fresh diagram in the notebook.

This article originally appeared in our Awards Journal. Pick up your free copy at your local Curzon while stocks last.

CATCH UP WITH KNIVES OUT ON CURZON HOME CINEMA