A seemingly innocuous piece of footage transforms into a rich trove of near-forgotten lives in Bianca Stigter’s moving and illuminating film, which screened as part of the London Jewish Film Festival earlier this year.

For one night only, on the 30th of November, catch this brilliant documentary in cinemas, followed by a recorded Q&A with special guests Academy Award-winners Helena Bonham Carter and Steve McQueen as well as the remarkable debut director Bianca Stigter.

In just over three minutes, a multitude of faces cross the screen. Young and old. Impassive and jubilant. Reticent and vying for attention. The people are the residents of a Jewish community in the Polish town of Nasielsk. The footage was shot by a New Yorker, David Kurtz, who was travelling through Europe with his wife in 1938. The following year, the Jewish families in Nasielsk were forcibly removed from their homes. Only a few survived the war.

Stigter’s film is an investigative documentary. It is voiced by Helena Bonham Carter, who adopts the role of detective, just as Kurtz’s son Glenn did when he first found the footage in a box in his parent’s house. The film was in a precarious state, but working with the Steven Spielberg Film and Video Archive at the United States Holocaust Memorial Museum, Glenn successfully restored it. The next step was figuring out where the footage was taken and who the 150 people that appear in it are. 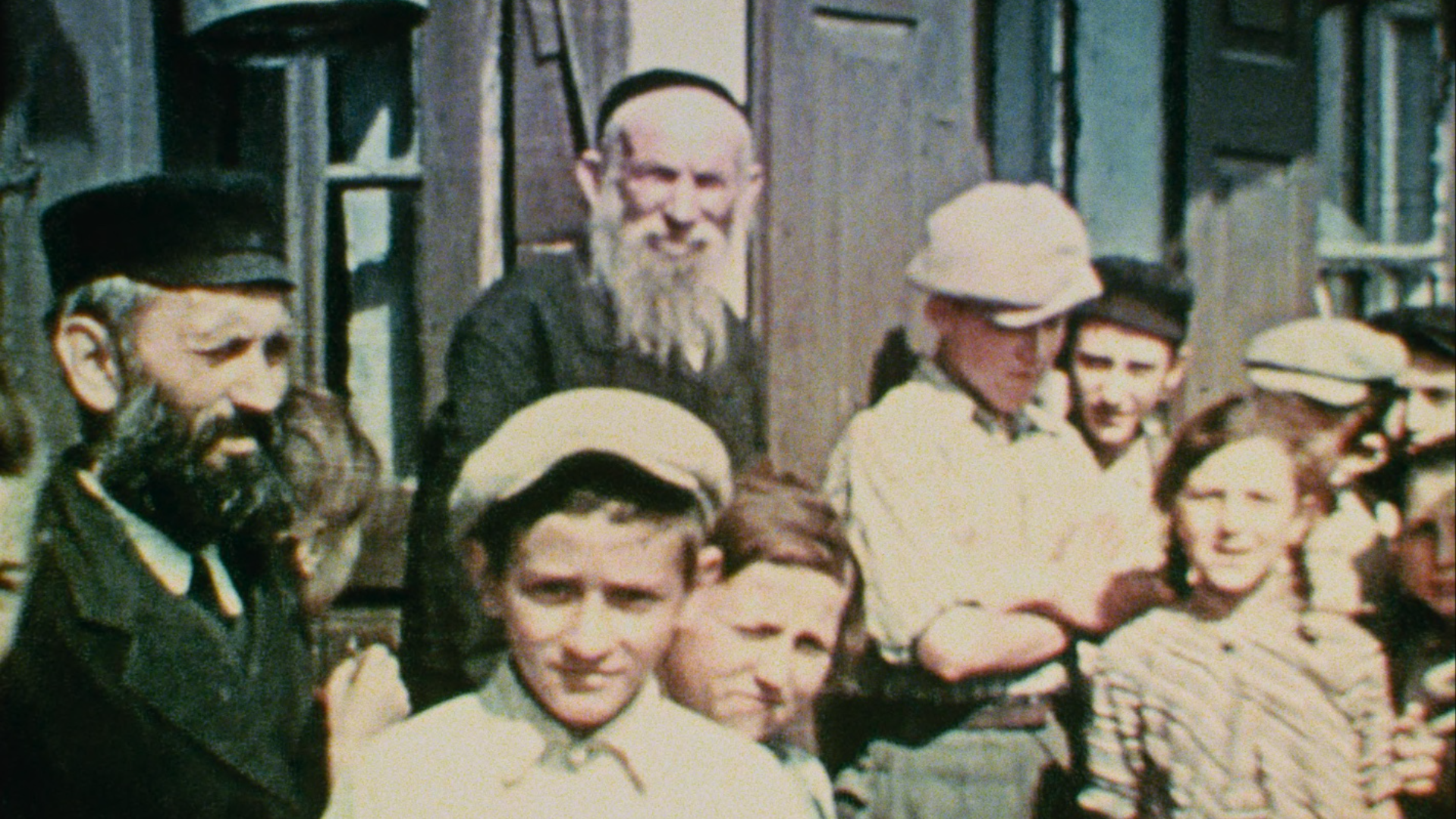 Swedish documentary filmmaker Magnus Gertten has previously explored similar terrain, first with his 2015 film Every Face Has a Name, which focuses on footage of survivors from Nazi concentration camps, disembarking a boat in Malmö, Sweden, on 28 April 1945. That then led to Nelly & Nadine (2022), featuring one of the figures from the Malmo footage and her relationship with a woman she met on Christmas Eve 1944 in Ravensbrück concentration camp. The inhumanity that so many of these passengers had to endure is assuaged by the fact that they had somehow managed to survive and could rebuild their lives anew. The footage shot by Kurtz is poignant for being shot with little awareness of the horrors that were to come and no knowledge that this slip of film would be the lasting record of a forcibly disappeared community. 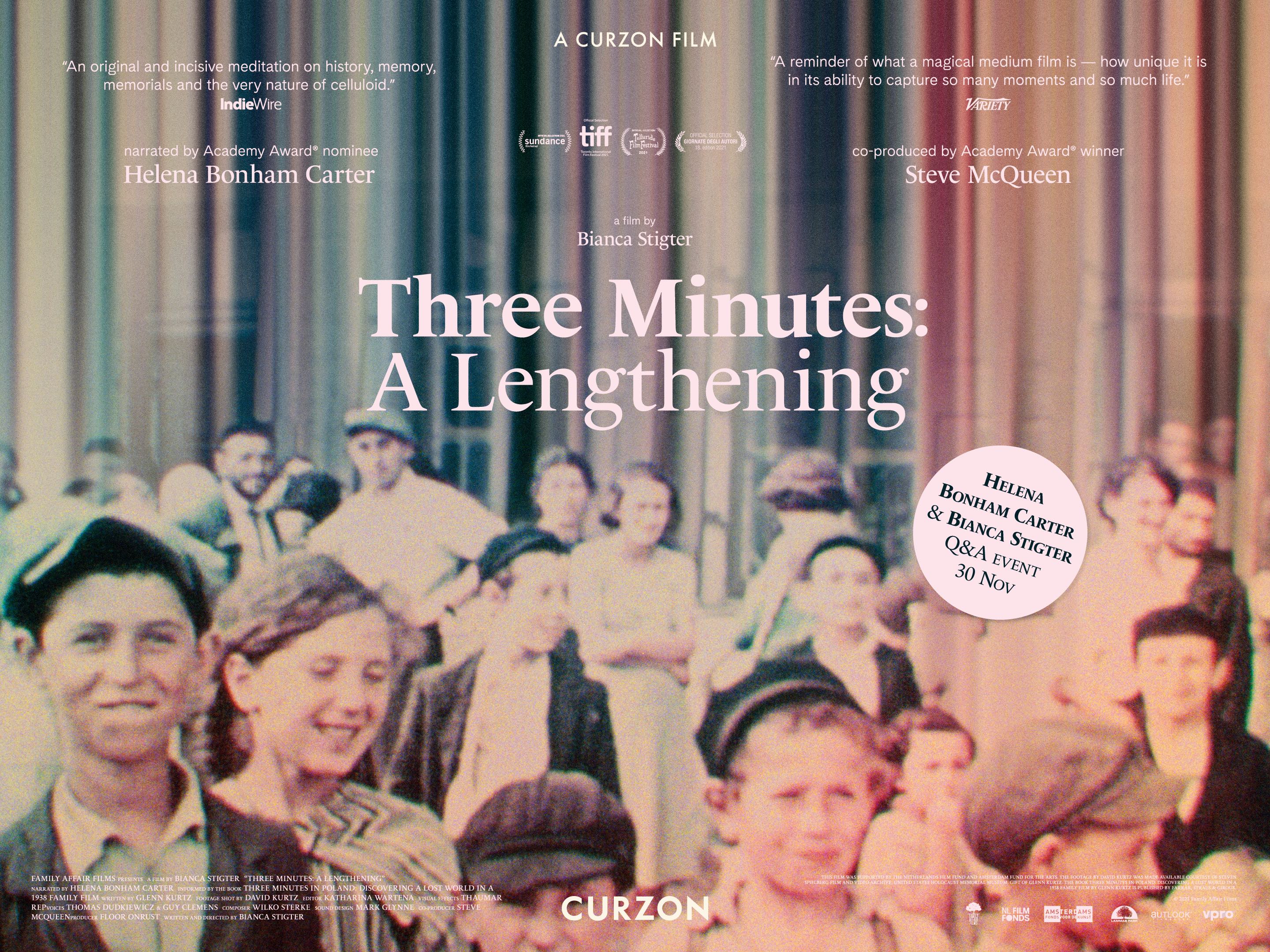 Just as Glenn delved into the history of the community that features in his father’s film, resulting in the accompanying book Three Minutes in Poland, Discovering a Lost World in a 1938 Family Film, Stigter’s film scans each frame for clues. In doing so, she gives us an image of this world before the Nazis destroyed it. Locating a few individuals directly or tangentially linked to the people in the images, whose voices accompany the images, the film gradually builds a picture of these stolen lives. We discover stories, local histories, traditions and details that were both unique to this town and helped shape its character, but would also have had much in common with the many other vanished Jewish communities in the Nazi or fascist-occupied countries.

The Kurtz footage, played in its entirety at the beginning and end of the film, is also played backwards, has shots repeated in quick succession or in slow motion, and even reaches a level of abstraction as Stigter’s own camera zooms in on a portion of a frame. Nowhere is this more effective than in the detailing of the days the community were evicted from their homes, gathered in Nasielsk’s main square and, eventually, shipped off to ghettos and then death camps. As Bonham Carter narrates these events, Stigter moves in on a frame of the square until all that remains is a blur of cobblestones. It’s a chilling moment. 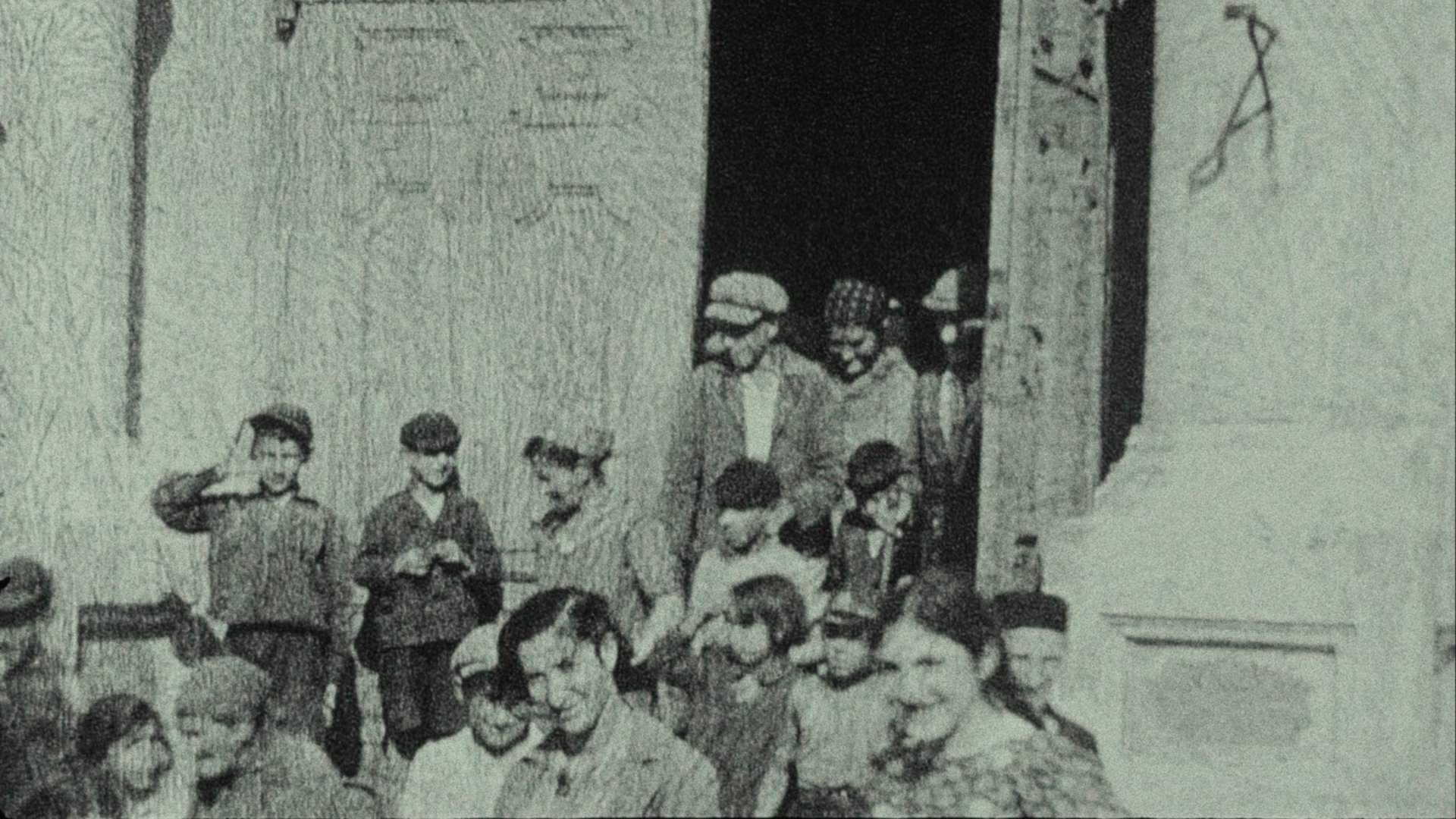 Three Minutes: A Lengthening is an act of remembering. (As the film’s endnotes inform us, the Polish government now recognises Nasielk’s Jewish Cemetery as a National Historic Landmark.) David Kurtz’s film was not remarkable when he shot it. But it now stands as an essential document of a community. It underpins the importance and power of images, not just informing or defining who we are or documenting the world around us today, but ensuring communities are not forgotten in the future.

The film will screen as part of the London Jewish Film Festival, at Curzon Mayfair on Saturday 12 November, followed by a Q&A with the film’s director Bianca Stigter, narrator Helena Bonham Carter, co-producer Steve McQueen and producer Floor Onrust.