With its heart-pounding jet sequences and charismatic lead performance, the Top Gun reboot is popcorn entertainment at its finest, writes Yasmin Omar.

The best sequels are the same, but different: sufficiently familiar to appease their existing fan base while straying just enough from the formula to keep them interesting. Top Gun: Maverick, the serotonin-spiking follow-up to the 1986 classic, is such a film. Watching Tom Cruise pick up his aviators and slip his patch-emblazoned jacket back on as Pete ‘Maverick’ Mitchell is as close as you can get to a transcendental experience at the cinema. The first Top Gun was naked in its ambition to promote the US Navy. At the time, officers set up recruitment stations outside screening rooms in the hope of encouraging young men, high on the movie’s need for speed, to enlist – which they did in their droves, resulting in a 500% personnel uptick. Given the Department of Defence supported Maverick’s production – lending aircraft, naval bases etc. – the expected military propaganda returns in the new film (try and count all of the American flags, I dare you). And yet, above all, Top Gun: Maverick feels like an advertisement for the man, the myth, the legend: Tom Cruise. 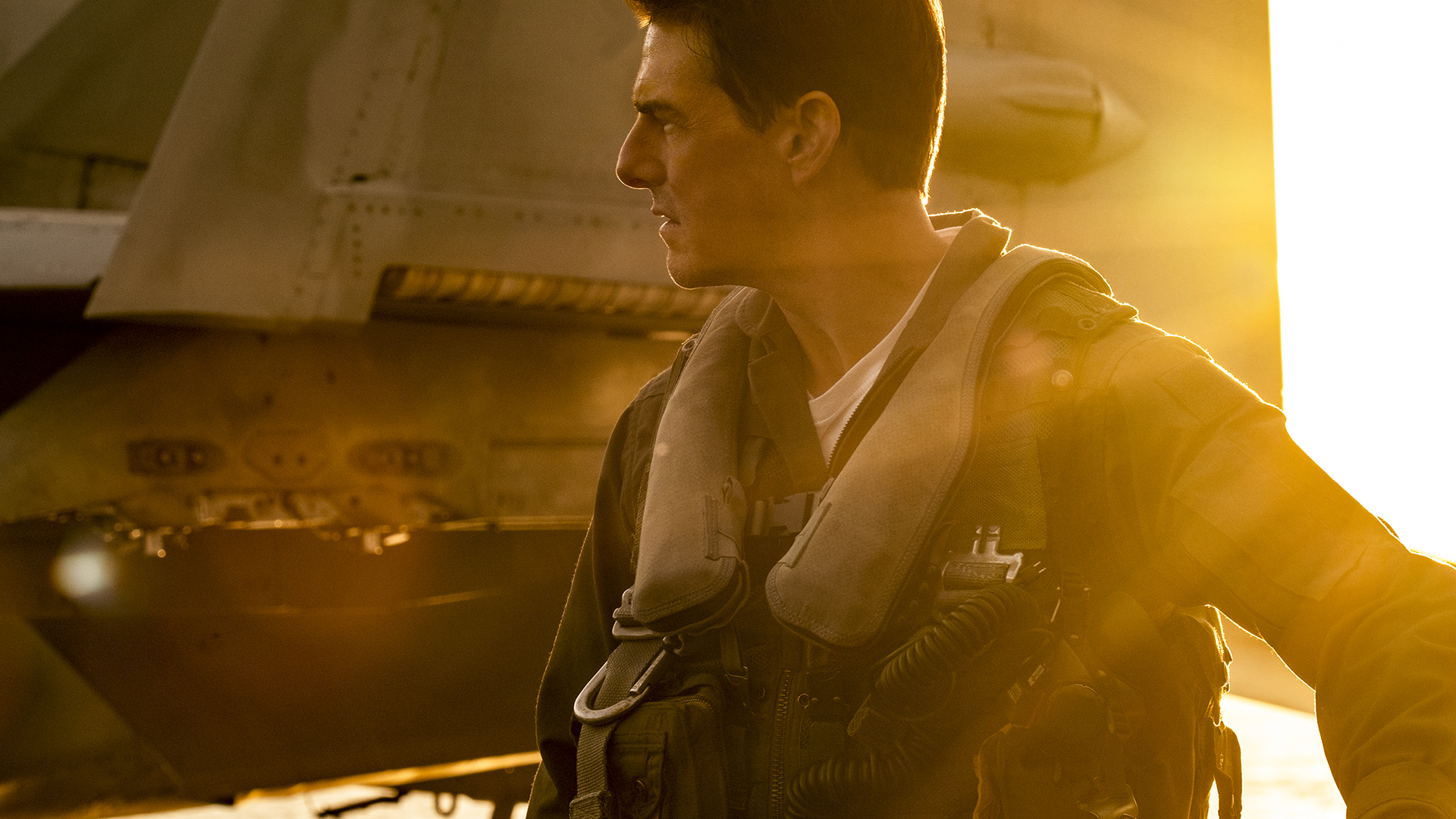 The actor’s unassailable charisma fuels the movie. Everything is engineered to fortify Cruise’s onscreen persona, even the plot. This time around, the cheekily disobedient pilot is sent back to Top Gun, the elite aviation school he attended some 30 years ago, to train up a new batch of high-achieving recruits ahead of an upcoming enemy encounter. To Maverick’s dismay, one of his students is Rooster (a bolshy, moustachioed Miles Teller), the son of his former wingman Goose, who died tragically in his arms during a botched naval operation on their programme, an accident for which Maverick feels personally responsible. A pseudo father-son dynamic emerges between the two as they butt heads testing each other’s boundaries; this relationship lends Maverick the emotional heft that was sorely lacking in the flimsy Eighties original. Throughout the film, Cruise is presented as a master of land and sky, racing around on his motorbike and jetting to hypersonic heights while barely breaking a sweat. Despite being cast as a teacher here, he is still as mischievous as Maverick’s call sign suggests and, in one incredibly on-the-nose scene, quite literally throws a rule book in the bin. There are an overwhelming number of shots showing secondary cast members – mouths agape, eyes saucer-wide with wonder – looking up at Cruise as he practically defies the laws of physics with his astonishing aerial acrobatics. (‘He’s the fastest man alive,’ a pencil-pushing colleague whispers reverentially at one point.) Since Top Gun: Maverick is a legacy sequel, you’d expect it to foreground new characters and sideline the old to lay the groundwork for future franchise instalments. The film refuses any intergenerational baton-passing. Tom Cruise remains the hero of this story and all the young upstarts threatening to replace him wither under the blinding light of his stardom. 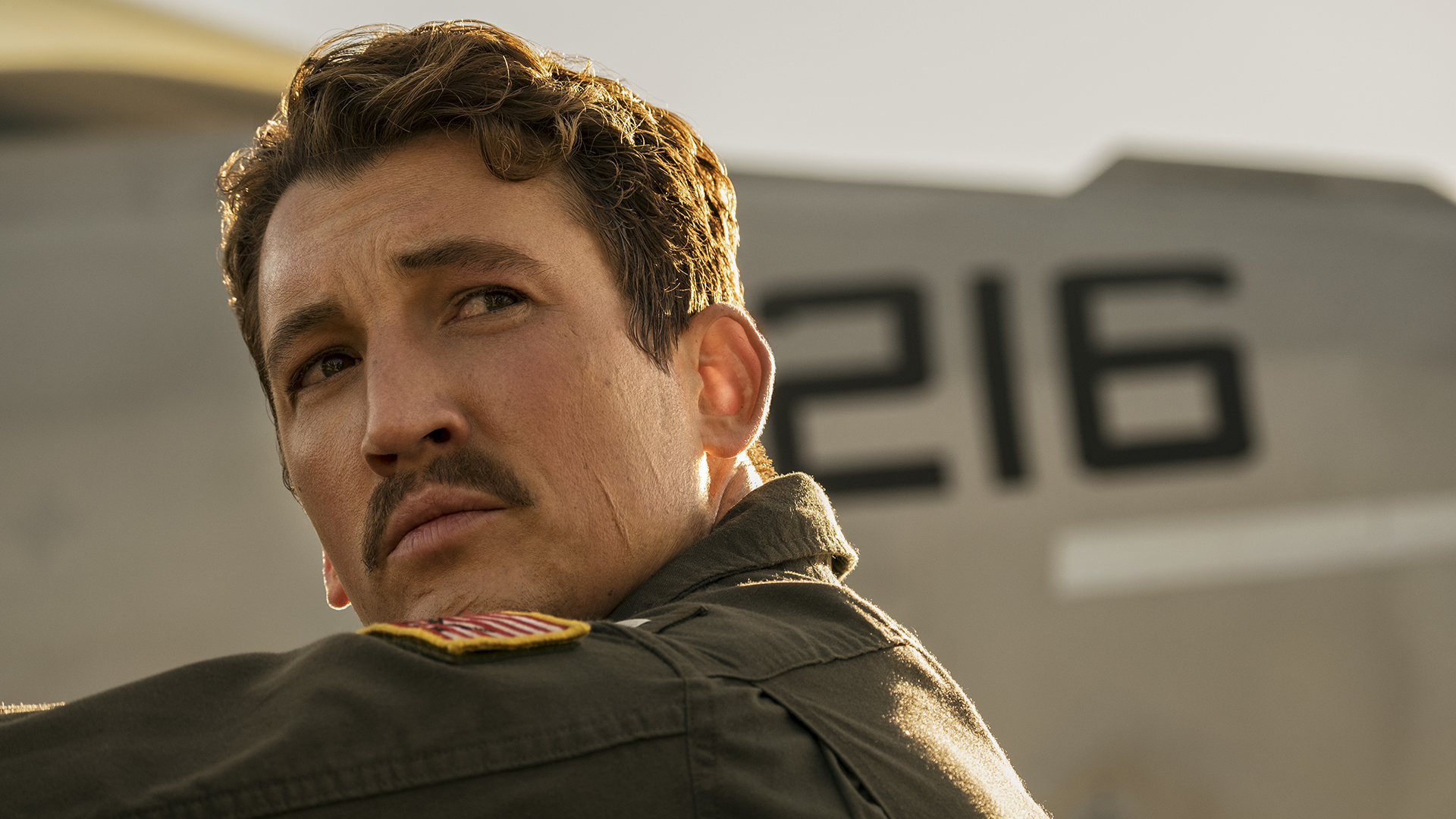 That said, Top Gun: Maverick seems to mark a transitional moment in the movie star’s career, because it is the first of his films that has him reckoning with his own mortality. No one bats an eye when Mission Impossible’s Ethan Hunt scales the world’s tallest skyscraper with only a pair of suction gloves (Ghost Protocol) or HALO jumps precipitously out of an aircraft carrier (Fallout). Cruise may be pushing 60, but he seems invincible in those movies, thumbing his nose at death with a wink and a smile. Maverick, however, deals directly with his approaching obsolescence in its opening minutes by shutting down the test-pilot programme his character has participated in for decades. ‘The end is inevitable, Maverick,’ says Ed Harris’ disciplinarian admiral. ‘Your kind is heading for extinction.’ From then on, the far-from-subtle script groans under the weight of jibes at his age – he’s referred to as an ‘old timer’, ‘old relic’, ‘fossil’ and ‘museum piece’, among other insults – and in the many close-ups that frame Cruise there is the unmistakable hint of grey in his stubble. Unlike his previous action capers, Top Gun: Maverick folds its star’s maturation into the text of the movie. This heightens the narrative tension and reminds us that he will not be able to complete life-threatening stunts forever, which makes you appreciate the film, and its commitment to exalting Cruise’s physical prowess, even more. 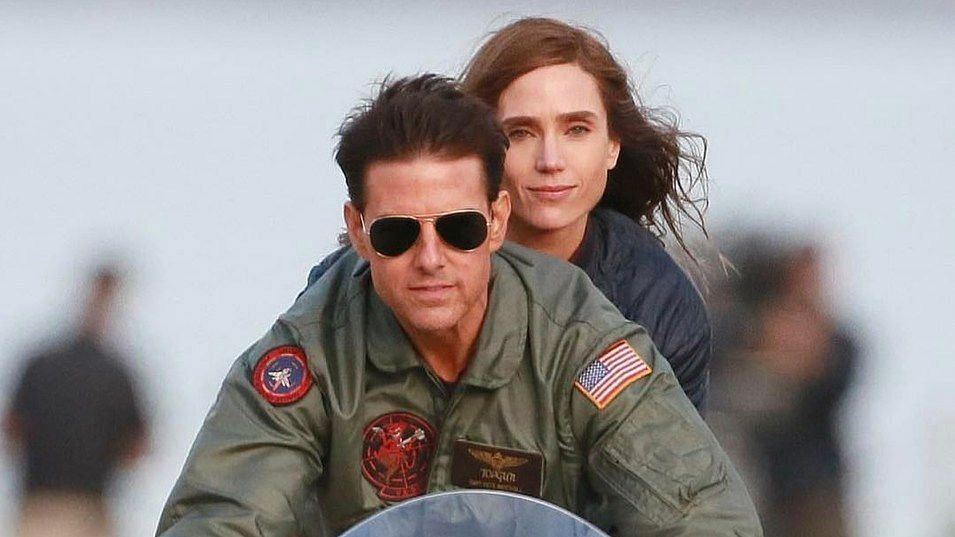 The aviation sequences, which Cruise and his cast perform in real F18 jets, really are something to behold. They zoom and zip and bellow in all the right places. Freed from the shackles of schlocky, 1980s technology, the filmmakers improve on the original, capturing the planes’ incredible versatility – one moment, they appear balletic, twirling and spiralling around each other; the next, they’re more rigid, with sharp angles and hard nosedives. Supporting my theory that Maverick is a Tom Cruise branding exercise (in the best way), this marketing featurette shows how he devised a flight-training plan for his onscreen team, and also reveals that the actors had to direct themselves in the cockpits, learning to operate cameras so we can see their reactions inside the jets (watching their faces contort under the ripples of g-force is particularly impressive). In our current cinematic landscape, with its depressing overreliance on patchy special effects, it’s remarkable to observe propulsive action scenes without even a whisper of green screen. The influence of Christopher McQuarrie, the Maverick co-writer and soon-to-be four-time Mission Impossible director who relishes practical filmmaking, is strongly felt in this respect. Top Gun: Maverick, with its insistence on how it will require two ‘miracles’ for the pilots to achieve their elusive goal, is essentially Mission Impossible Lite: a pleasurable thrill ride to tide us over until Ethan Hunt returns. 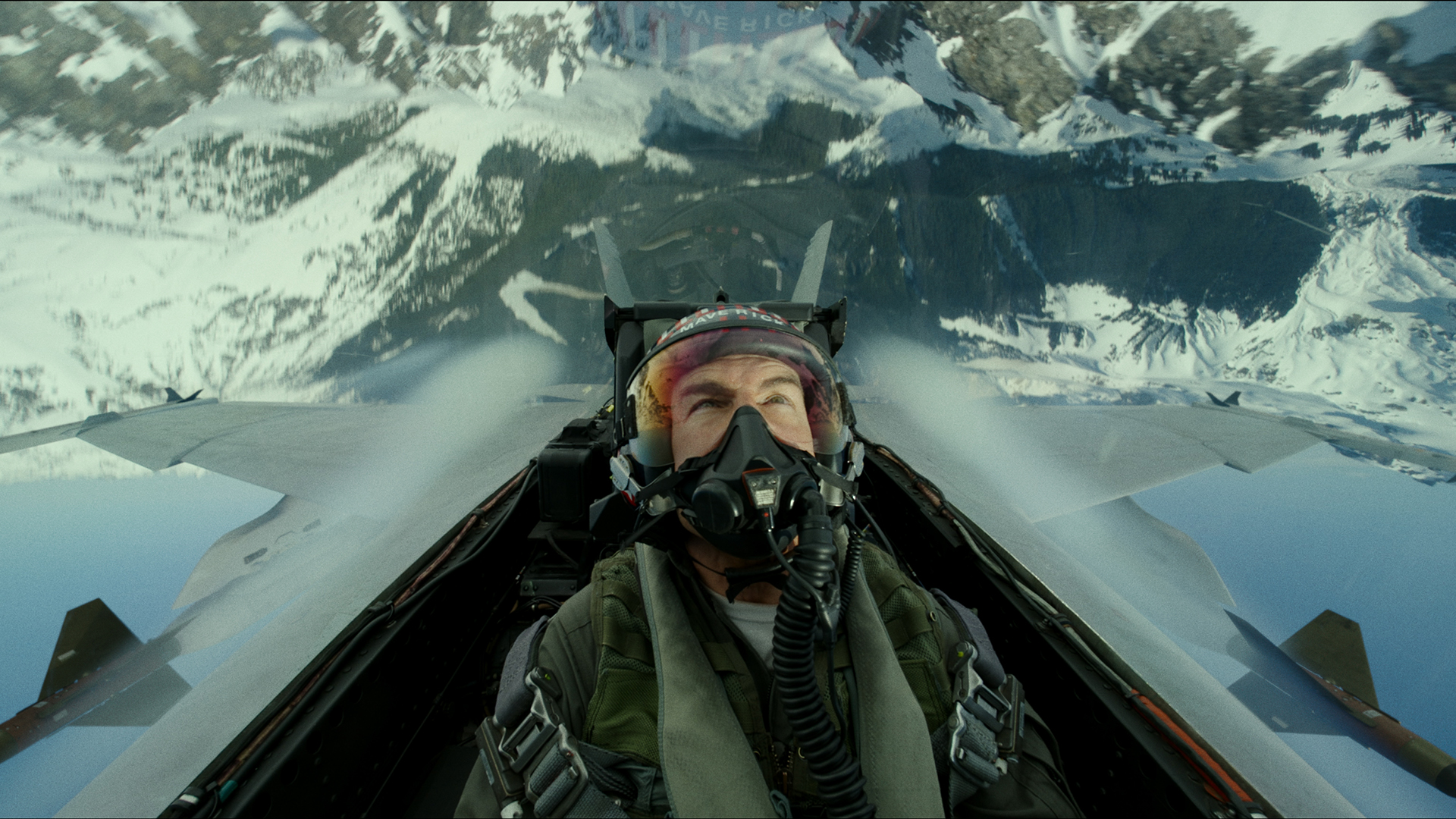 Exhilarating as the dogfights may be, Top Gun: Maverick is by no means a perfect movie. The female characters are woefully underwritten (one wonders why they hired Academy Award winner Jennifer Connelly for a halfhearted romance) and the film pours on so much syrupy sentimentality that you’re in danger of getting root canal. No matter. It’s easy to forgive its shortcomings when Hans Zimmer’s nostalgic, electric-guitar score booms through the speakers and Tom Cruise, through welling tears, tells us he doesn’t know how to let go of the past. Balancing sheer spectacle with real emotional stakes, Top Gun: Maverick is blockbuster entertainment of the highest order.