The enfant terrible of the New French Extremity departs from his signature style to offer an unexpectedly tender exploration of an elderly woman’s memory loss.

A sense of dread descends upon you when settling in for a Gaspar Noé film. A member of the New French Extremity – a 21st-century film movement notorious for its intense violence and graphic sex – the writer-director has presented audiences with all manner of unimaginable horrors in his movies, from burning bodies to drug-induced freakouts and incestuous assault. Which disturbing images, you wonder, will he tattoo onto my brain this time? Somewhat surprisingly, Vortex marks a departure in tone from Noé’s controversial, at times emotionally exhausting, back catalogue. Instead of skulking through dingy, coke-dusted underworlds, the film traipses around a cluttered, bourgeois apartment, home to an ageing author (Dario Argento) and his retired-psychiatrist wife (Françoise Lebrun), who is losing her battle with dementia. As a social-realist drama, Vortex is arguably more devastating than Noé’s former provocations because it is firmly grounded in the world as we know it. The grotesqueries of Enter the Void (2009) and Climax (2018) are heightened to the point of disbelief, whereas Vortex’s down-to-earth subject matter is uncomfortably familiar. 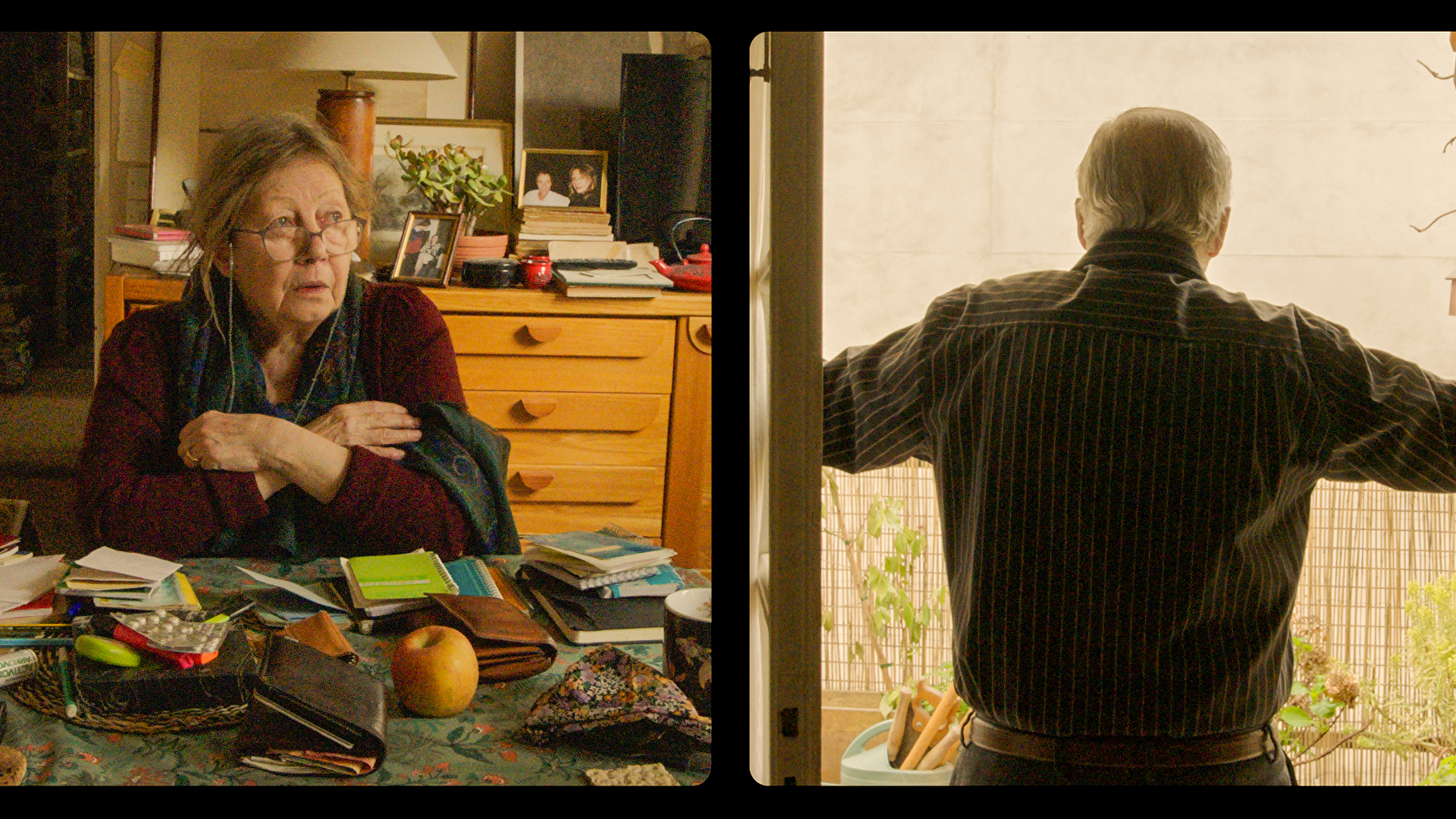 Noé scales back his usual stylistic flair in this film, draining it of lurid colours, and avoiding his signature whip pans and blaring soundtrack. One device he does allow himself, however, is a split screen, which cleaves the frame in two for almost the entire runtime. Previously implemented in the strobing hellscape of Lux Æterna (2019), the technique resonates more strongly in Vortex since it foregrounds the central theme of fragmentation, and mirrors the divide between the lucid and disoriented mind of Lebrun’s character. The film painstakingly captures the daily lives of its unnamed, everyman couple, who are mostly alone in their separate halves of the frame. It documents them sleeping, smoking, urinating and showering – thoughtless, automatic moments that become increasingly challenging for Lebrun as her condition deteriorates. Although it is sobering to see the giallo master Dario Argento reduced to an impotent, phlegmatic husband doddering around in flannel pyjamas, following a faded, senile Lebrun (best known as the flirtatious temptress in The Mother and the Whore [1973]) is beyond shocking. 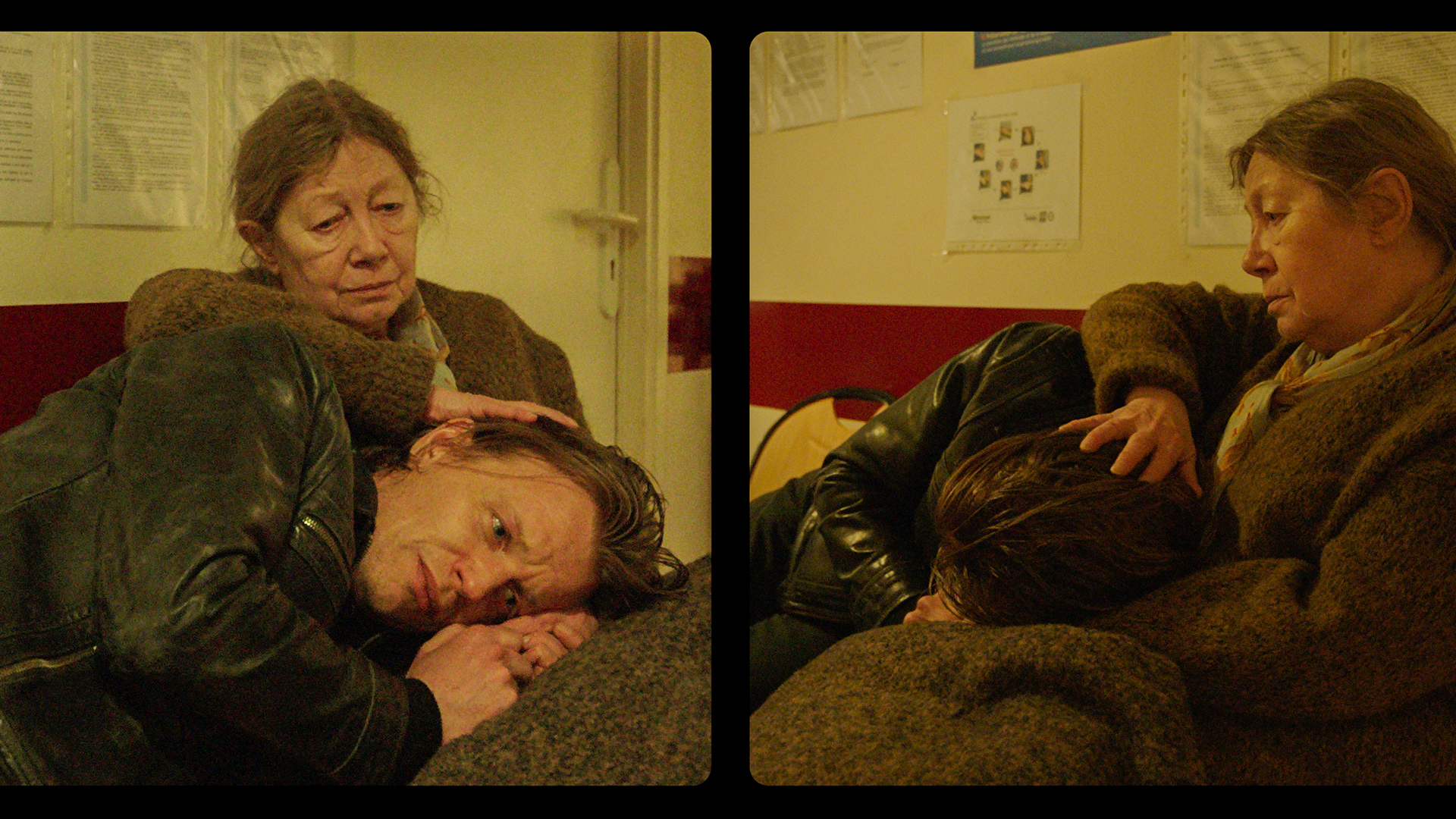 Her character wanders aimlessly across the screen in a daze, with laboured breathing and an eerie, vacant stare. Each attempt to be useful around the house ends in calamity: she ‘tidies up’ by flushing her partner’s unfinished manuscript down the toilet, ‘makes dinner’ and leaves the gas stove pumping out its noxious fumes. Lebrun’s character is a spectator in her own life, her husband and son (Alex Lutz) discussing her future as if she weren’t there. It is deeply ironic – and a painful reminder that dementia can strike even the most cognitively brilliant – that she was once entrusted to look after others’ mental wellbeing as a psychiatrist, and is now unable to take care of her own. Lebrun plays the part with searing, heartbreaking honesty: you can practically see the memories slipping through her fingers like grains of sand. She diminishes her physicality, folding her body in on itself, and ensures gestures read as self-protection (a hand over her mouth to smother a sob, head in her palms to obscure ‘the stranger’ sitting across from her at the dinner table). The actor’s dialogue, wholly improvised like the rest of Vortex, is crushing. She speaks each word in a strained whisper, choking out ‘I’m scared’, ‘I want you to be rid of me’ and ‘It would be better if I were dead’. For a character who is purposefully opaque, trapped in the prison of her own failing subconscious, Lebrun succeeds in giving this fearful woman her humanity. Her sincere performance powers Vortex, which, it must be said, does outstay its welcome with an engorged 2h20 runtime. 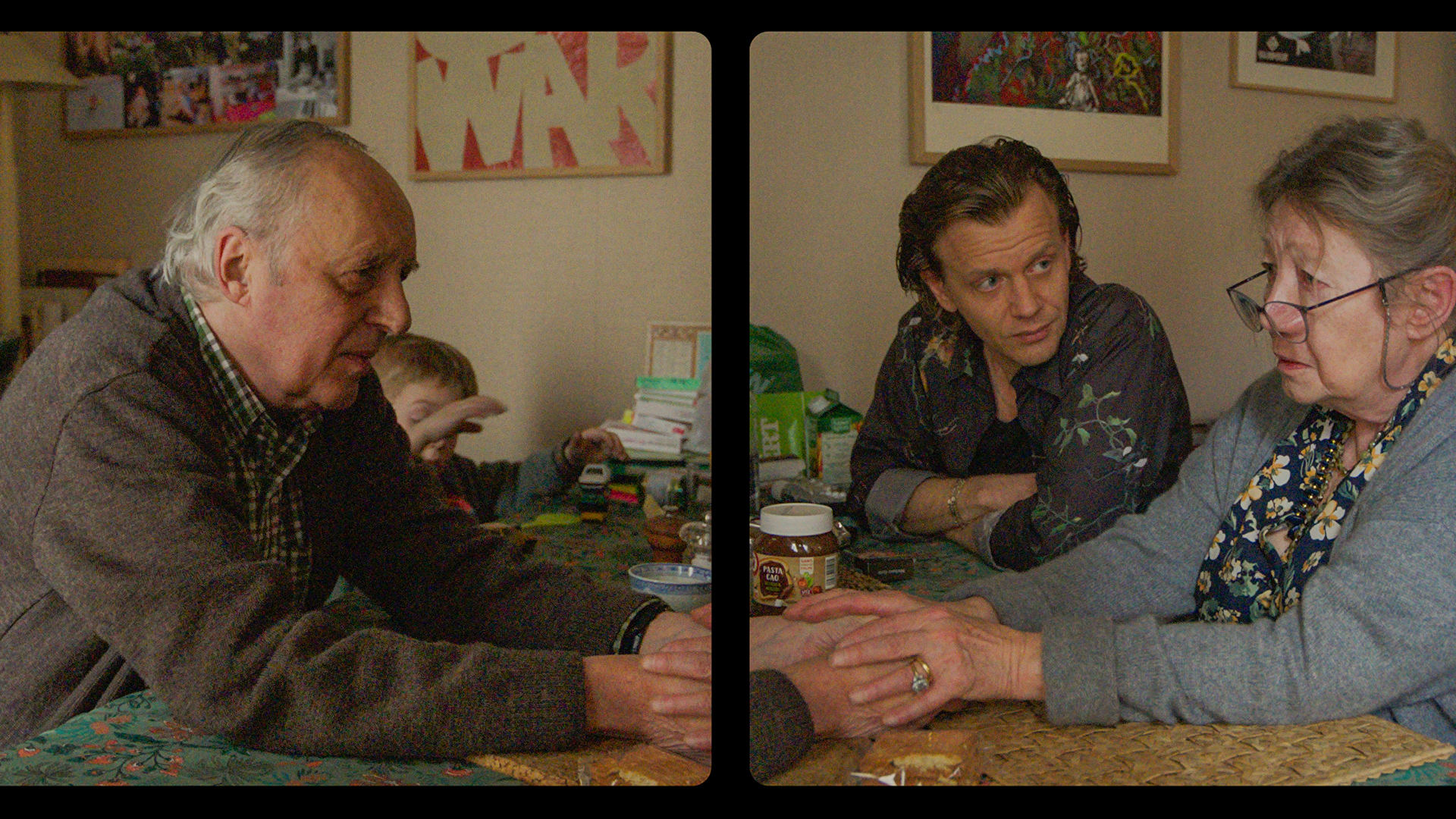 Forced to reckon with his own mortality after a life-threatening brain haemorrhage in 2020, Gaspar Noé forgoes tradition to tell a personal, astonishingly intimate story in Vortex, digging into universal themes of ageing and illness. The filmmaker may be renowned for pummelling viewers with obscenities until they are cowering in their seats, but it turns out he can still evoke visceral emotion without them. Noé doesn’t rely on the gimmickry of 3D ejaculations or prolonged scenes of violence  to incite reactions to Vortex. Here, he proves that an elderly couple and a degenerative disease are all he needs to produce utter spine-chilling terror.