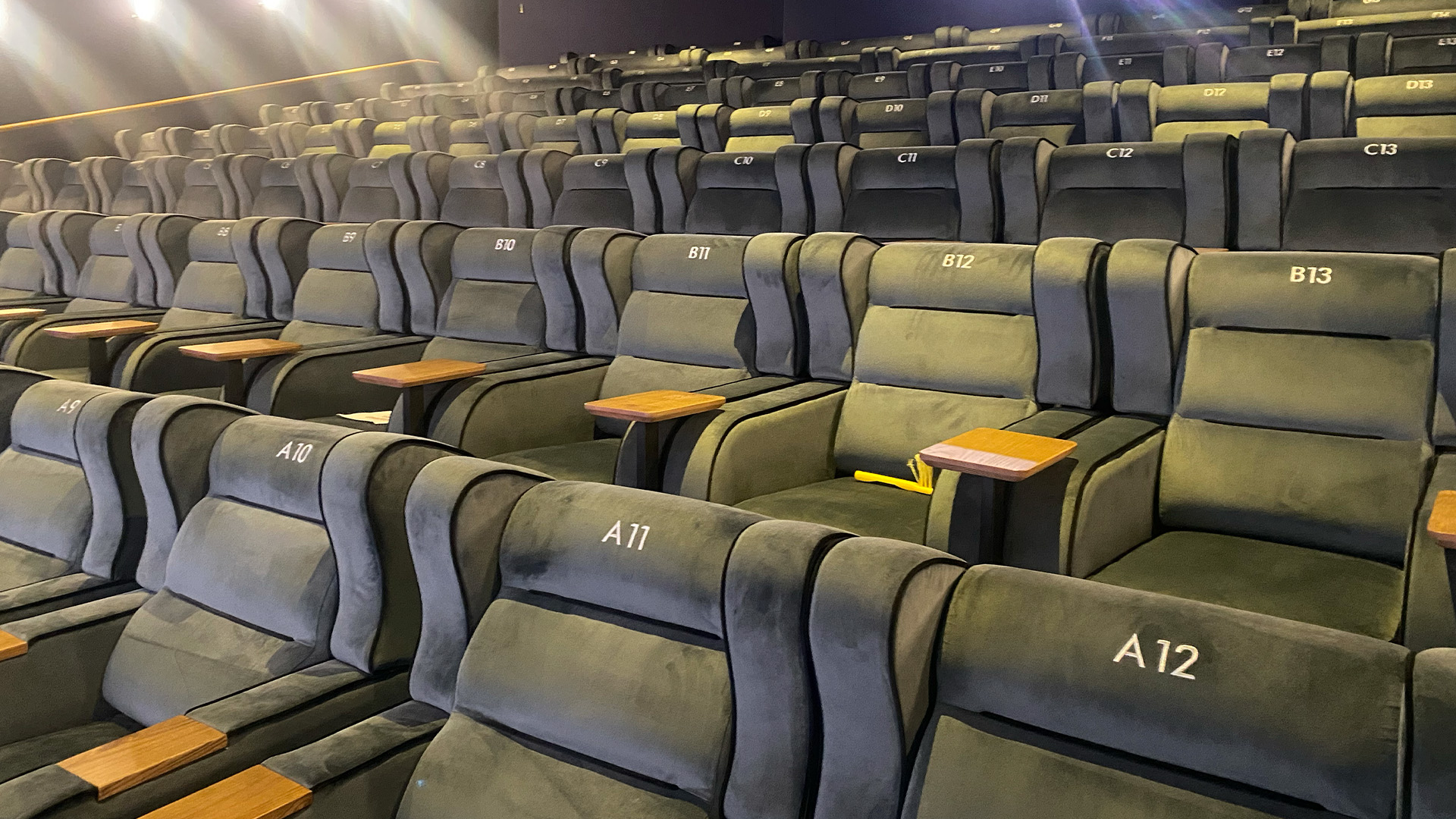 Located in the bustling Bentall Centre, Curzon Kingston is a lively venue that houses four screens, each named after a local 20th-century cinema in a nod to the waterfront town’s cultural past. There’s the Palace, which pays tribute to Kingston’s first cinema from 1909; the Century, which opened in the 1920s and showed Charlie Chaplin’s Modern Times (1936) as its final film; the church-hall conversion the Electric; and our designated Dolby Atmos screen the Coliseum, a homage to the town’s 1913 cinema. Curzon Kingston also boasts a rooftop screen where you can spend carefree evenings enjoying a film under the stars.