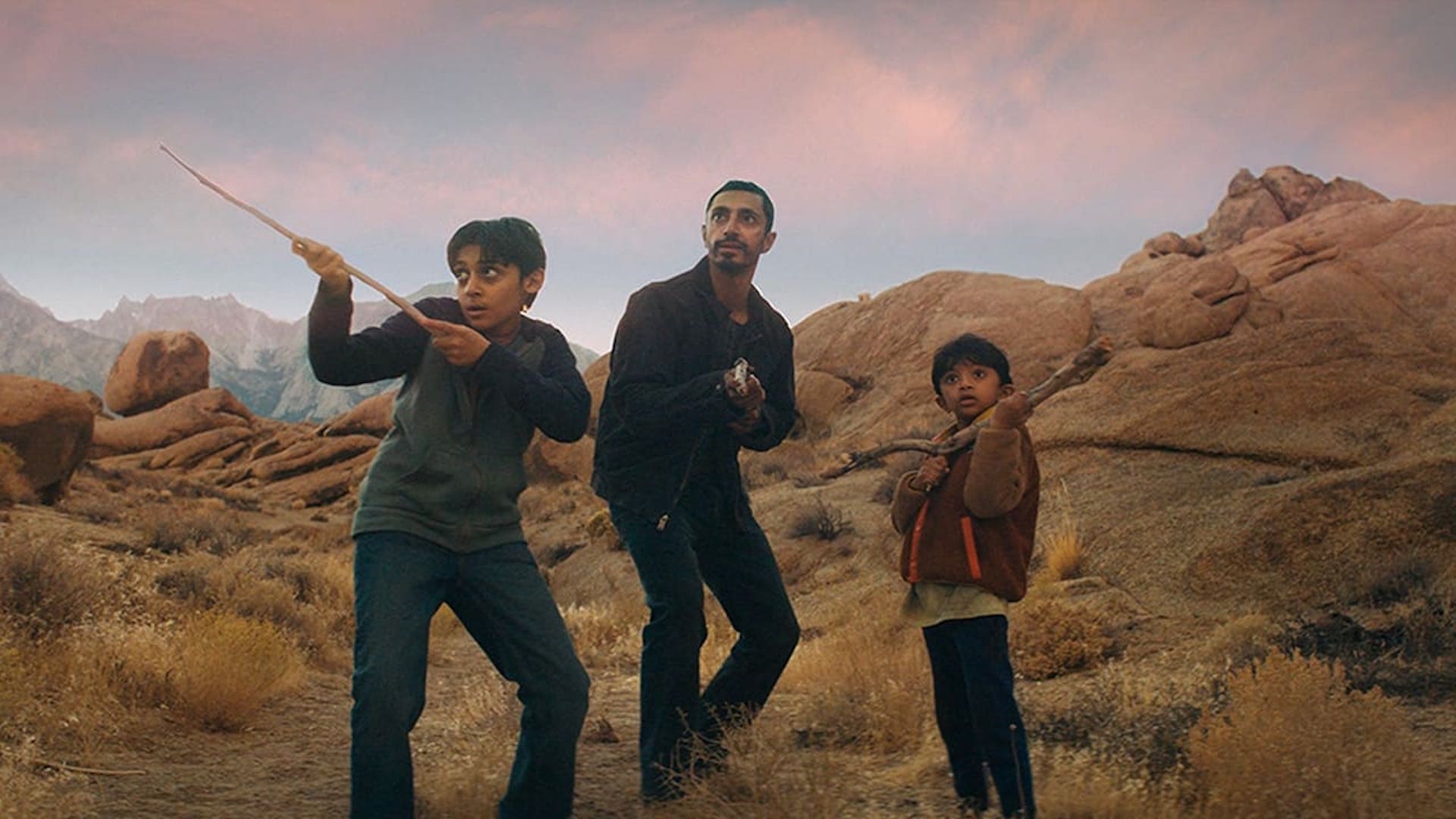 Encounter, the second film by the British writer-director of the 2017 psycho-drama Beast, is a fascinating and unsettling take on the sci-fi genre. In the first of this two-part interview, Michael Pearce discusses the creation of this world.

What were the origins of the story?

Joe Barton wrote the original script nearly 10 years ago. Many people in the UK film industry have read a version of it and it’s always had a lot of admirers, including me, but when I first read it another director was attached. It resonated with me on a very personal level. I identified with the family dynamic and I felt a deep connection to its emotional themes, how a father and his two young sons must navigate a crisis, and how they come together in unpredictable ways. However, I also saw opportunities where the film could be a bit more ambitious in scale. I intuitively felt it should maintain the tension it sets up at the beginning and ratchet it up until the end.

I think Joe’s script was a beautifully written coming-of-age story. I felt it had the potential to be a coming-of-age movie trapped inside a very tense road thriller. During my rewrite, I tried to build upon Joe’s material as opposed to take it in radically new directions. For example, Joe had written this great scene where Malik [Riz Ahmed’s character] attempts to steal a car from a cantankerous old militiaman, but there wasn’t really any repercussions from that encounter. I felt there was an opportunity to inject more tension into the second half of the film if this old man had sons who wanted vengeance. This allowed me to increase the jeopardy Malik and his boys are in, but not by something arbitrary; it was building upon Joe’s characters and maintaining the theme of fathers and sons. I also mined a lot of my own upbringing, my relationship with my younger brother and our relationship with our father, imbuing many scenes with moments that we had experienced.

So you always intended it to play with genre expectations?

Yes. Those elements were already part of Joe’s script. They were just simmering beneath the surface and I wanted to amplify them, to have the film fully embrace its hybrid-genre identity. However, I didn’t want to play with genre for its own sake. It’s rare that I really connect with hard genre films. I wanted to use genre as a tool to do a deep-dive into the character. Genre was an empathetic tool for me to get the audience into the character’s perspective. 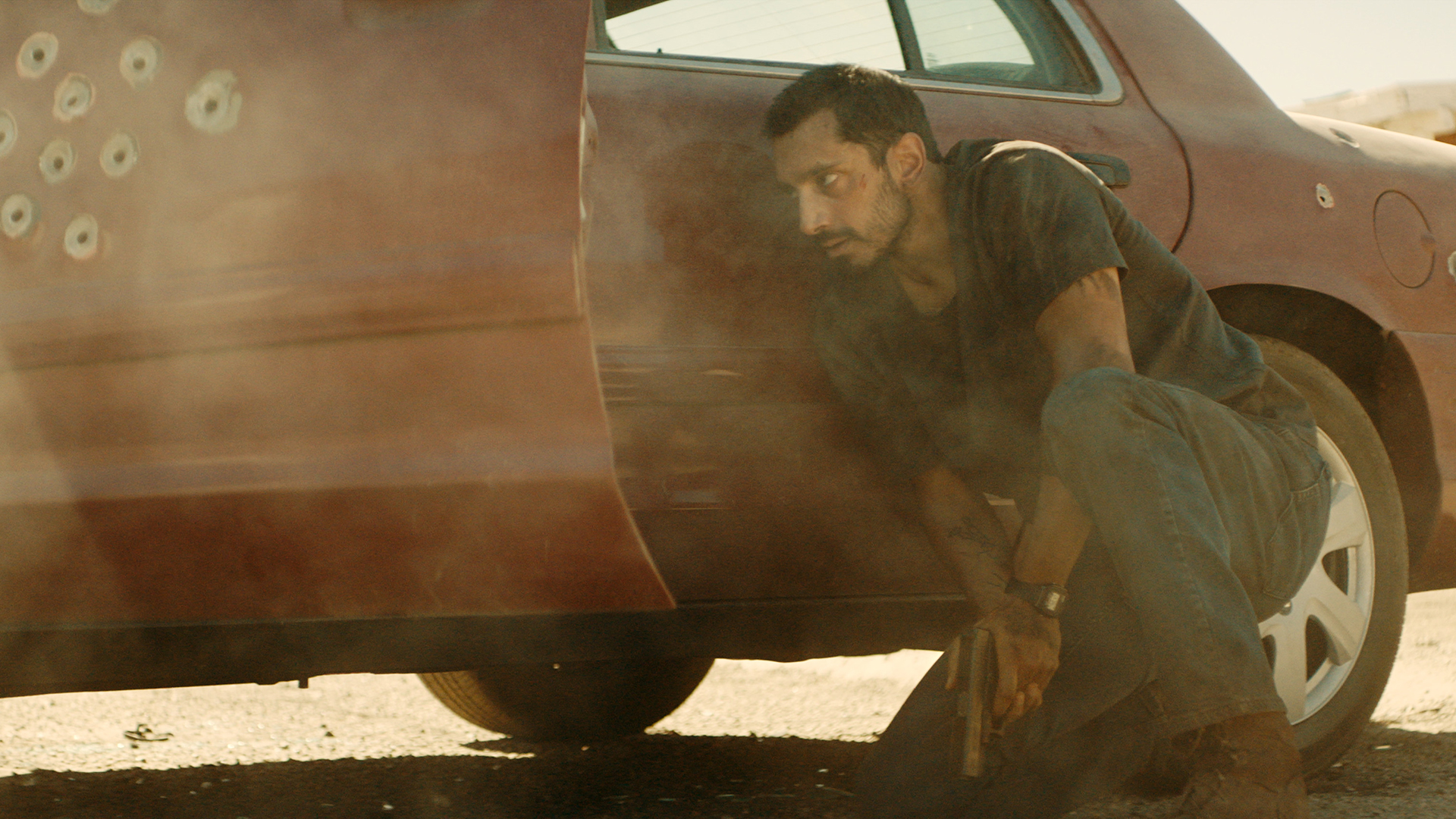 Can you talk about the opening sequence and what you wanted to achieve with it?

I’ve always loved bold opening title sequences, whether that’s Saul Bass and Alfred Hitchcock’s collaborations, The Conversation (1974), The Shining (1980), Taxi Driver (1976) or any David Fincher film. It’s a great opportunity to quickly acclimatise the audience to the tone and themes of the film. In Encounter, I felt it was important to get a foothold in the sci-fi genre and one of the visual motifs of sci-fi films is to start out in space. You see this in Alien (1979), Star Wars (1977), 2001: A Space Odyssey (1968) and, of course, Invasion of the Body Snatchers (1956). That was a big influence on Joe’s initial script and I embraced it as an inspiration for Encounter’s opening. I also wanted to build on what I did with Beast, where the opening sequence starts out at sea, comes onto land to observe the murder sites, goes into a church where Moll (Jessie Buckley) is singing, and ends on a slow zoom onto her. With Encounter I wanted to push that idea further, starting out with the most macrocosmic shot I could think of (space) and ending on the most microcosmic (inside the human brain). It was a way to communicate to the audience that the film has a genre canvas, but ultimately it’s a very intimate portrait of this man.

Invasion of the Body Snatchers increased in its relevance as a reference while we were filming. We shot during October and November 2020, so it was at a time when the coronavirus was infecting the US population and there was a lot of civil unrest. The country was more divided than ever, and there was – and still is – a lot of distrust throughout the country. With all of this going on, as well as record heatwaves, forest fires turning the sky orange and all of the crew dressed in PPE gear, it felt as much like sci-fi behind the camera as it did in front of the lens.

Other sci-fi films that were referenced were The Andromeda Strain (1971), which features an extraterrestrial microorganism and is set within a vast desert environment. And The Hellstrom Chronicle (1971), which is a hybrid sci-fi horror about insects taking over the world. I also wanted the film to echo some of my favourite sci-fi films that I grew up with, so we used the same widescreen anamorphic lenses as Star Wars and Close Encounters of the Third Kind (1977) – the actual lenses from the 1970s, which are optically less perfect than the lenses made now, but the aberrations and texture you get from them give the film a very specific identity. 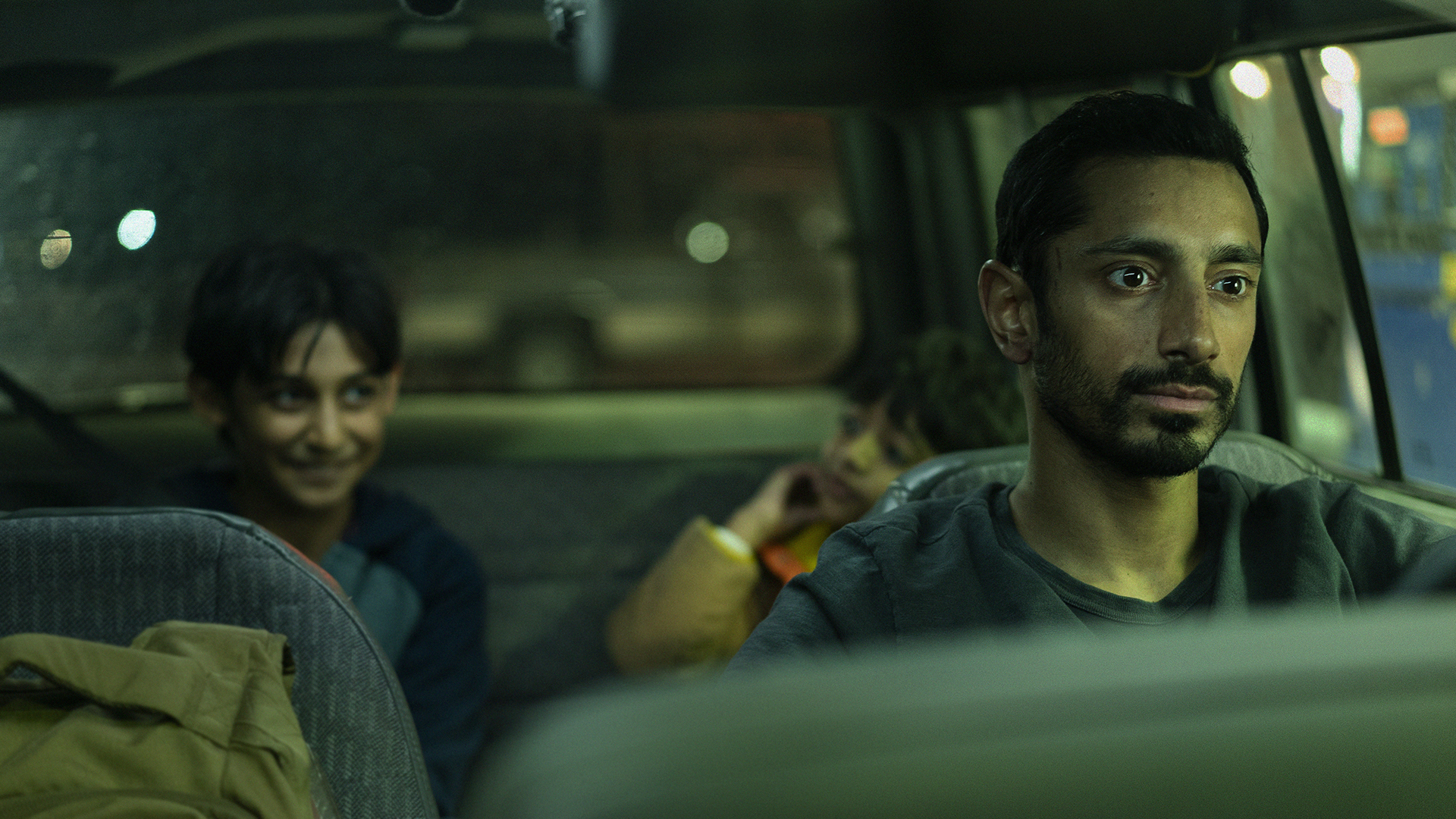 The veracity of what we see is key to the film. Like Beast, there’s a sense that what we’re getting is filtered through the perception and psyche of the protagonist.

I love films that have one foot firmly planted in reality and one that exists inside the characters' subjective experience. I really enjoy it as an audience member when the perspective of a film is shifting and unpredictable. Mulholland Drive (2001), Jacob’s Ladder (1990), Caché (2005), Memento (2000), The Double Hour (2009) and Fight Club (1999) all do this in unique and fascinating ways. Part of the reason I return to those films is because I’m continuing to understand them. In Encounter, we vacillate between a very objective perspective and a highly subjective one.

Working with cinematographer Benjamin Kracun, we made certain rules about point of view: both literal POV camera angles and a psychological POV. We needed to find a grammar that was supple and could change depending which character you were with, but without manipulating the audience in a disingenuous way. Along with editor Maya Maffioli, I focused a lot on calibrating the film to make sure the audience was in step with the characters, not ahead of or behind them. The most effective way to do this was to screen the film to audiences. It was my first experience with test screenings and I was a little nervous at first (you hear horror stories of how brutal the feedback can be), but I ended up finding it incredibly useful, especially in finding the right balance of perspective and tempo.

Location is essential in every film, but Encounter makes impressive use of its terrain.

I originally scouted Utah and New Mexico. But when we had to adjust the production to work under Covid conditions, California became a much safer option as it meant we would be travelling less people between states. It turned out to be a silver lining because of the variety and dynamism of environments you find in California. There’s such a push now to shoot driving scenes in studios with LED screens, because it’s easier on the schedule and generally easier to shoot. However, we felt that something is always lost when you shoot that way. There’s something artificial about it. Perhaps it’s an acceptable compromise if you had a few scenes in a car, but Encounter is a road movie and we had these epic landscapes, so we just made a creative choice to shoot all the car scenes on the road. Beyond a very specific homage to Thelma and Louise (1991) – a helicopter shot when Malik’s jeep is chased by law enforcement vehicles across a dry lake bed – we tried to be more inspired by the real locations we found. We didn’t want Encounter to feel like a pastiche of genre films. We wanted it to remain grounded and focused on the characters.

Those expansive desert landscapes already evoke so much – from sci-fi to Westerns – so we didn’t need to overemphasise them. We wanted to make creative choices that were right for the story and what the characters were going through. Our broad approach to choosing the environments was that they should be relatively familiar at the beginning of the film when we’re firmly rooted in sci-fi, and as the film transitions into other genres the locations become stranger and more otherworldly. We also wanted the locations to bring to mind the conflict zones Malik would have fought in – a trauma he is still haunted by. For instance, two thirds into the film the characters rest up at an abandoned mining town. In the script it was supposed to be a trailer park, but we found this ghost town during scouting and it felt much more in keeping with the spirit of the film, evoking a dystopian landscape you might find in a sci-fi, an eerie frontier town in a Western and a bombed-out conflict zone. The location did so much heavy lifting we were liberated in finding the right angles to tell the story.

Read the second part of the interview here.