Machismo, Trauma and Tunnel Vision: The Killing of Two Lovers

Toxic masculinity has increasingly come under the spotlight in recent years. Not just in the news, but across the cultural landscape, in film, fiction and performance art. Here, US indie filmmaker Robert Machoian takes a scalpel to one everyday relationship, peeling back the layers of family life in order to explore the fissures that drive people apart and the actions that result in long-term damage. The result, writes Ella Kemp, is both unsettling and enthralling.

The Killing of Two Lovers opens with a threatening, silent image as a man stands over a sleeping couple’s bed with a gun in his hand. He’s shaking. He’s thought it all through in his head a million times, but never quite imagined he’d have the guts to turn up and see it through – and he doesn’t. The tone is set for Machoian’s eerie study of unnerving, dissatisfying relationship dynamics: a fraying marriage; a bitter jealousy; a disappointed generation; a suffocated man, alone.

Tunnel vision is defined as a state of defective sight in which objects cannot be properly seen if not close to the centre of the field of view. It can be used as a literal, physical epithet – a direct consequence of putting blinkers on a horse – but it can also describe the mental state of a scorned, traumatised lover. Emotional tunnel vision freezes you into a state of stupor, of stubbornness that shuts everything else out and wreaks far more havoc than any one gunshot might. 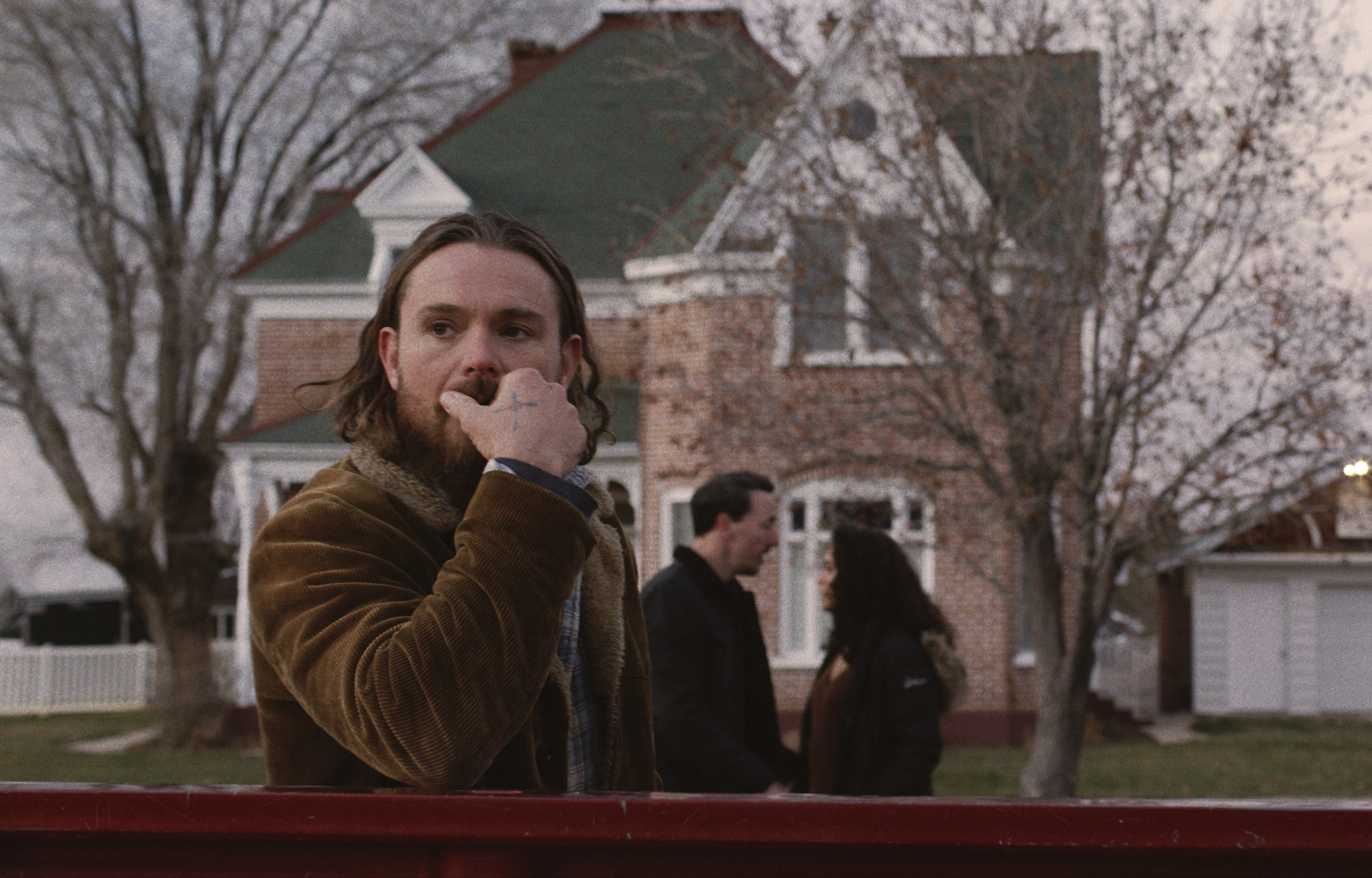 Machoian zooms in on David, the man holding onto the gun while trying to keep a grip on his family, and designs everything else around him, and so much of the outside world is blocked out. When you’re wrestling with emotional tunnel vision, those who love you can try their hardest to snap you out of it – to scream louder, to widen your eyes – but those noises inside your head just aren’t that easy to shake. In David’s case: a gust of wind slamming a car door shut. The rattling of a corrugated plastic roof making a feeble attempt to keep the rain out. The three clicks it takes to cock a gun you never learned how to use properly.

David is introduced as dangerous, yet the full reach of his violence remains unclear. With a boxy 4:3 aspect ratio, Machoian asks us to – well, makes us – come a little bit too close for comfort. It’s claustrophobic in here, even if (and when) David isn’t doing anything in particular. The wind is howling and the cogs are whirring. 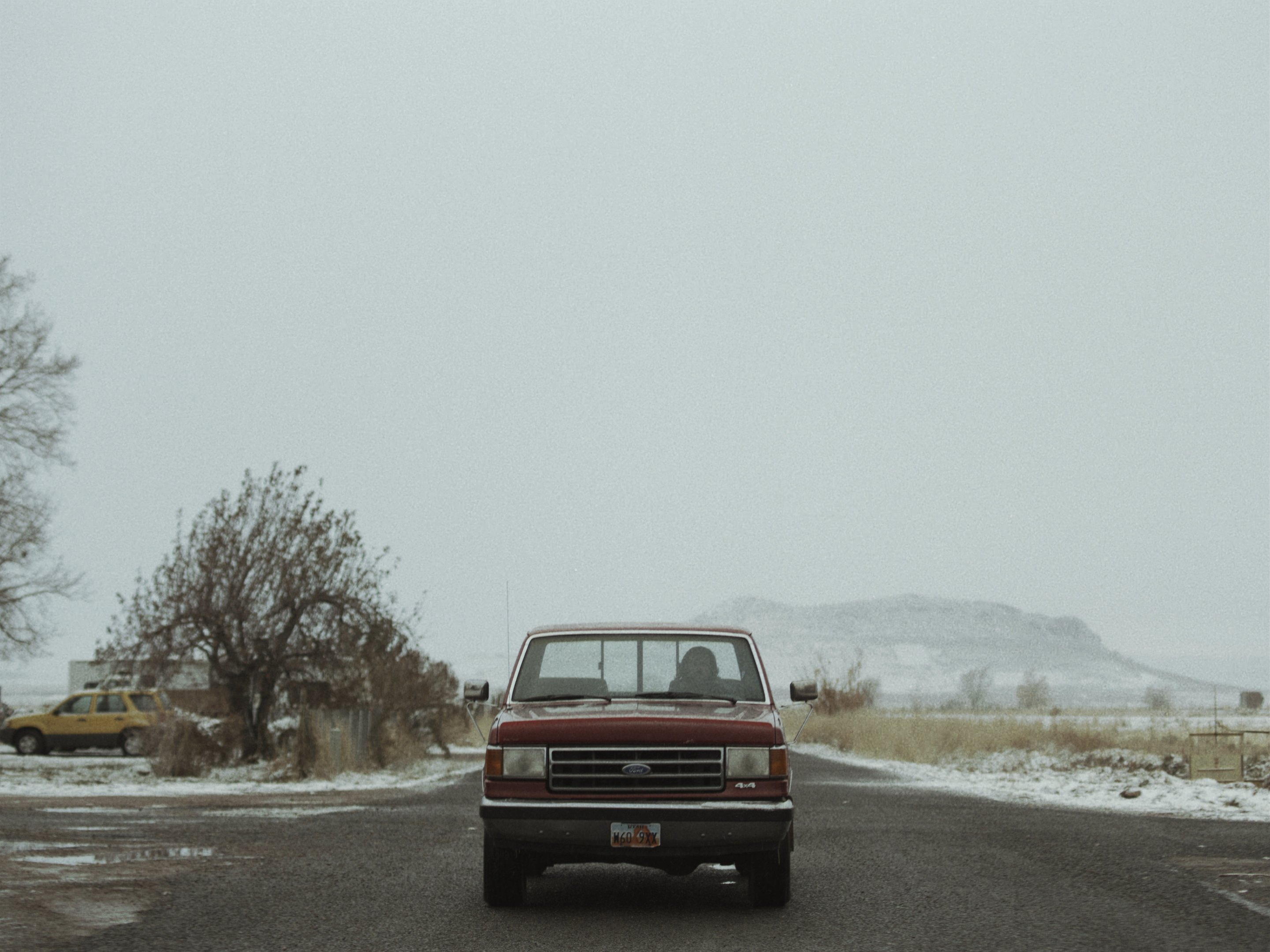 His emotional tunnel vision lets reality slip in and out of focus. He disassociates – he might technically see the road, the steering wheel, his children, but he’s not looking at anything. All we see is his expressionless profile. Sometimes, when you’re dealing with such immense emotional distress (which, in David’s case, feels out of his control; his wife has clearly instigated the break and is already dating another man) the only place to go is inward. We see him, not the reality he sees, because none of it matters. We don’t hear the voice of the man who is sleeping with the mother of his children at first, because David is focusing too hard on withholding every ounce of his strength to not murder him right there and then, next to the convenience store’s coffee station.

“Love is a feeling and feelings move in and they move out,” the film tells us. But what it shows us is that love can also paralyse and stop things from moving altogether. After David tries and fails to rekindle his marriage during a rare date night, his careful attempts to avoid physical violence and focus on piecing together what started to crack give way to an ugly outburst. 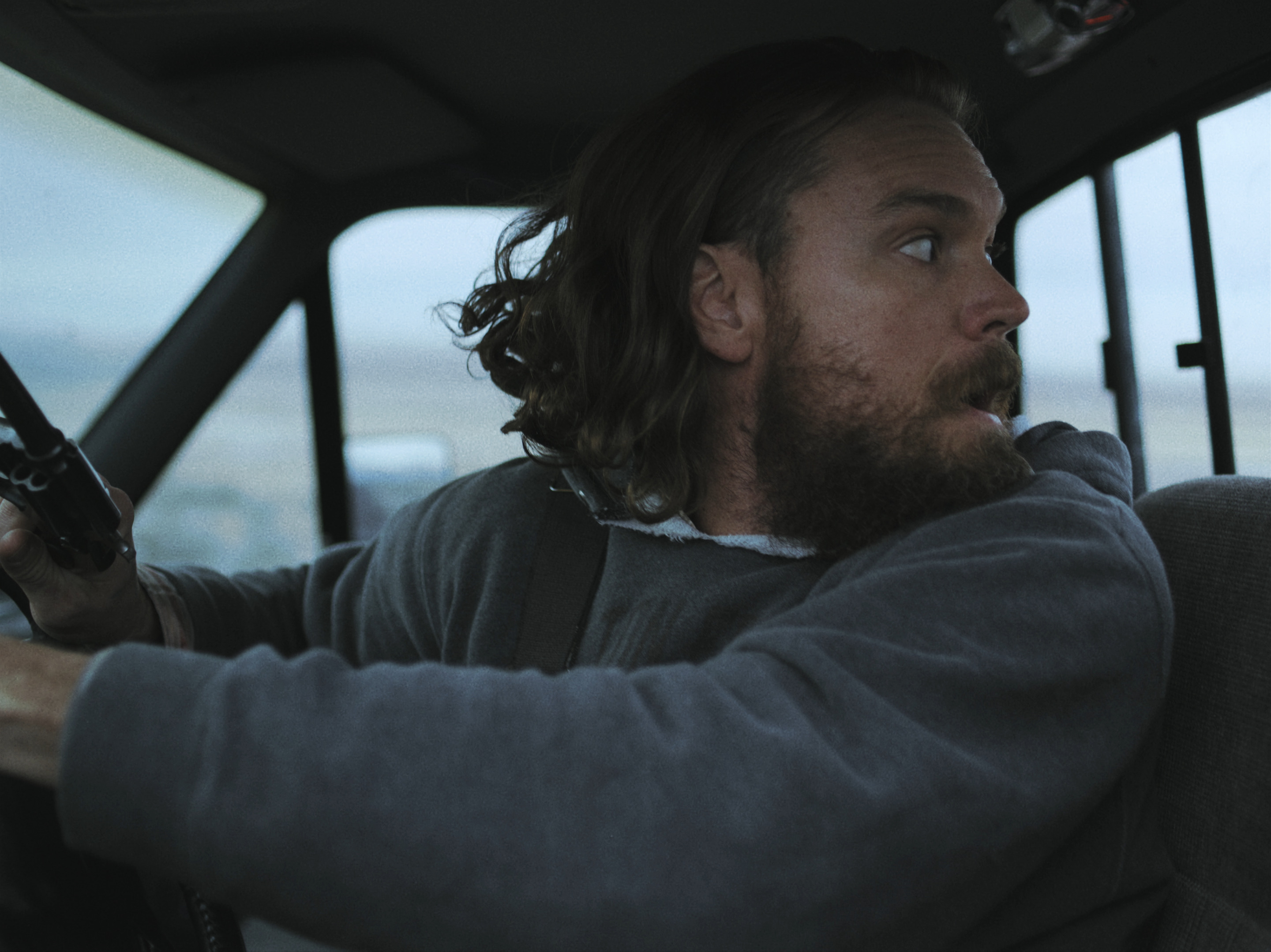 It’s not an attack on any other human being – he’s too focused on his mission to mess that up – but his ageing father is suddenly inaudible as David arrives home and punches, punches, punches an expressionless mannequin in his poky attic bedroom to let out his anger. As he loses control of his love, he must gain and retain control of his power. Of himself. And, somewhat telling of a certain type of person in 2021, these two straight white men are incapable of fully confiding in one another to anticipate any potential wreckage. Someone must be at death’s door before anyone dares step out and speak up.

Dialogue matters little in the film. There’s no lack of it, and exchanges are thoughtful, often upsetting as David’s children – namely his teenager, Jess – fail to hide their contempt. But Machoian widens the frame for these scenes, letting you listen to the moos of cows and the shrieks of children, while a couple tries to figure out how to stay together, or at least within each other’s orbit, above all of the noise. It’s destabilising, a little dizzying even, to leave David’s face and remind yourself that the world, actually, has kept spinning while he’s been at a standstill. 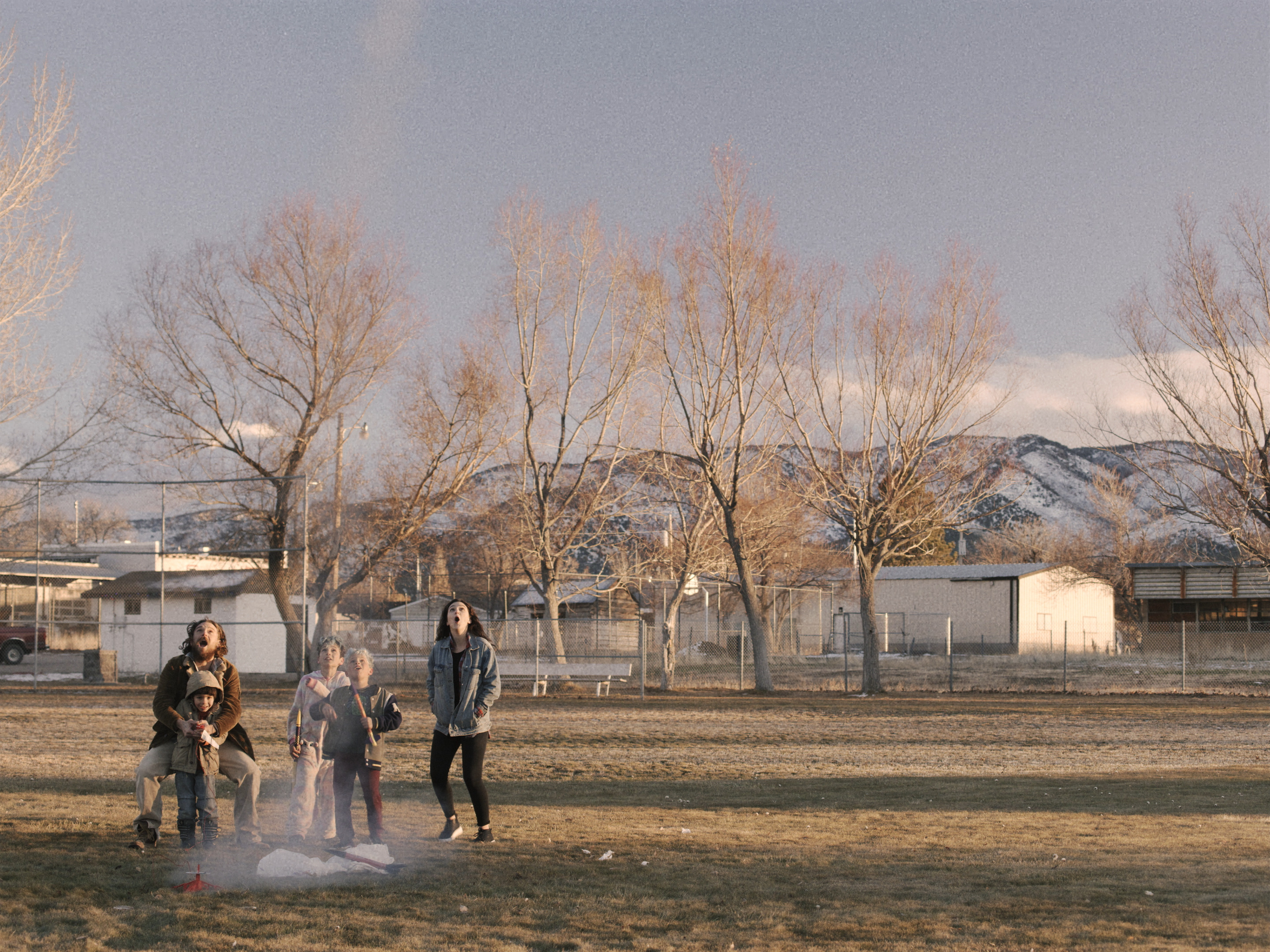 The Killing of Two Lovers operates on a seesawing knife’s edge, never letting you know which person will snap next, or whether anyone will, finally, pull the trigger. In the film’s final moments, the release of tension and violence comes from an unexpected and ironic source that sets David’s spiral in motion again – he’s bolted out of the stable and trampled the doors to never return. The wind, the car door, the plastic roof, the gun. The cacophony won’t quit, and he’s free-falling as the sound swells and covers him up. Finally, the sound and David’s (tunnel) vision come together and, as he reacts, we stay with him as he slides in and out of frame. He can finally see clearly, but has chosen to let go – and so in comes the silence.

The Killing of Two Lovers is out now in cinemas and on Curzon Home Cinema.