The veteran director confronts his career-long preoccupation with burning ambitions and broken families by turning the lens on himself, writes Yasmin Omar.

Steven Spielberg has called his deeply felt memory piece The Fabelmans ‘the most personal film I’ve ever made’. While it is certainly his most autobiographical, I’d argue that Spielberg’s work has always been resoundingly personal, regardless of subject matter. Therein lies its appeal. Look beyond the dinosaurs and the aliens and the robots, and you’ll find the filmmaker wrestling with ideas of family, community, society. His genius rests in his ability to locate the personal within the spectacle, to combine blockbuster action with real, relatable emotion. The subtext underpinning so many of the director’s films becomes text here. This is Spielberg’s life story, and he takes us back to 1952 when the fuse of his motion-picture passion was first ignited, as an awestruck six-year-old gazing up at Cecil B. DeMille’s The Greatest Show on Earth. The Fabelmans is an illuminating portrait of the artist as a young man but also, crucially, of the watershed moment that destabilised his childhood: his parents’ divorce. 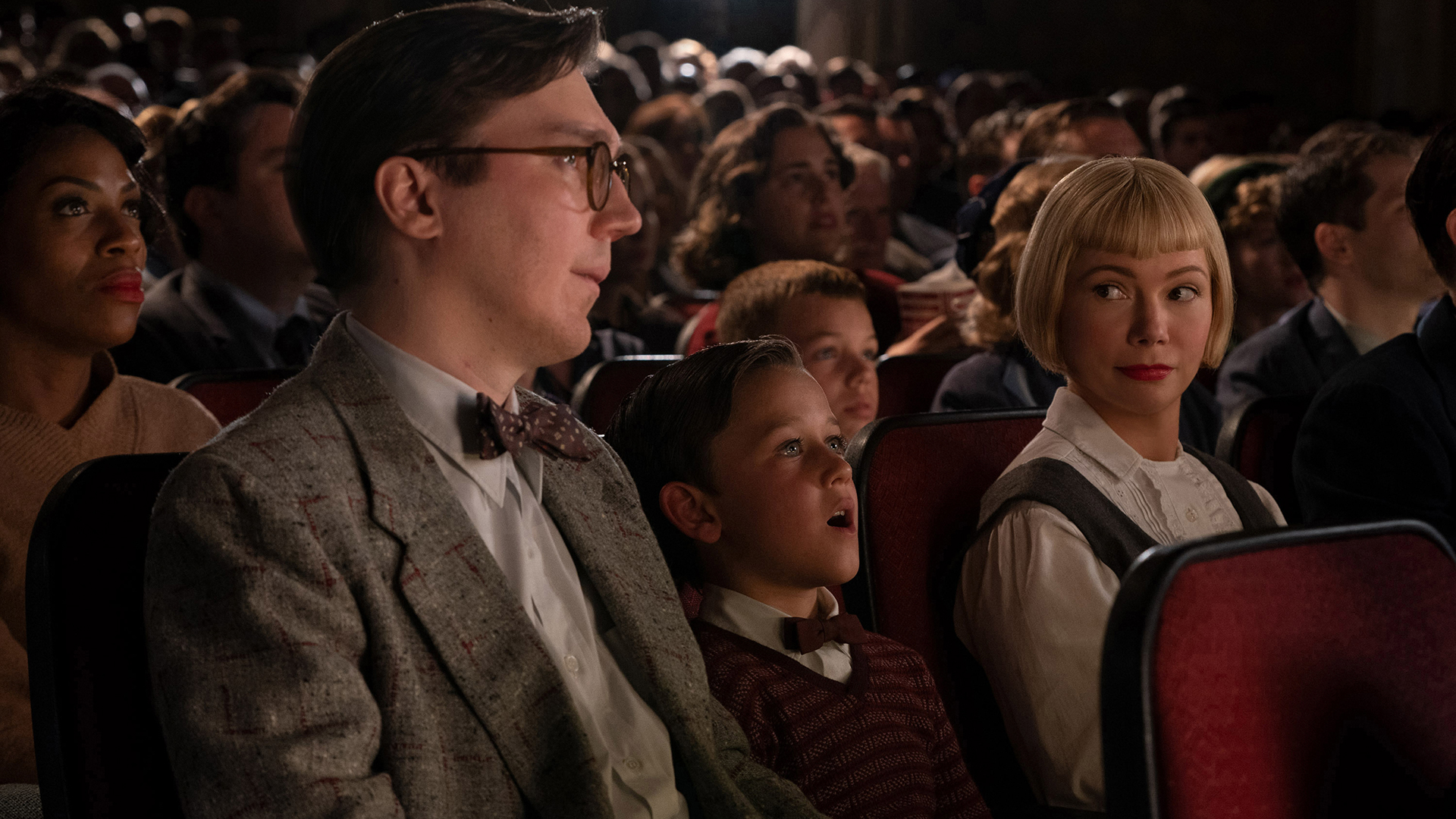 Through its characterisation of the parents, the script – written by Spielberg and Tony Kushner over Zoom during the introspective quiet of Covid lockdowns – explains why the filmmaker turned out the way he did. Spielberg, and therefore his onscreen alterego Sammy (Gabriel LaBelle), is the synthesis of his mother Mitzi (Michelle Williams) and father Burt (Paul Dano). She’s the dreamer, he’s the realist. She’s the artist, he’s the scientist. She’s the heart, he’s the head. The actors convey these clashing sensibilities in their performances. Williams, renowned for her understatement, makes the misguided decision to bury Mitzi’s emotional truth beneath layers and layers of brassy schtick – it’s a misfire from a usually reliable performer. Dano fares much better in a softer, more delicate register, bringing a misty-eyed gravity to the role. For a few campfire-singing, marshmallow-toasting golden years, opposites seem to attract in the Fabelman household: the free-spirited Mitzi cooks up increasingly harebrained schemes that a besotted Burt goes along with after an aw-shucks shrug. Gradually, oh so gradually, their relationship begins to unravel, with Mitzi feeling stifled under the weighted blanket of her husband’s love. This imbalance of affection, and the rupture it foretells, plays out like an inevitability – acts of tenderness are soon met with cold rejection. 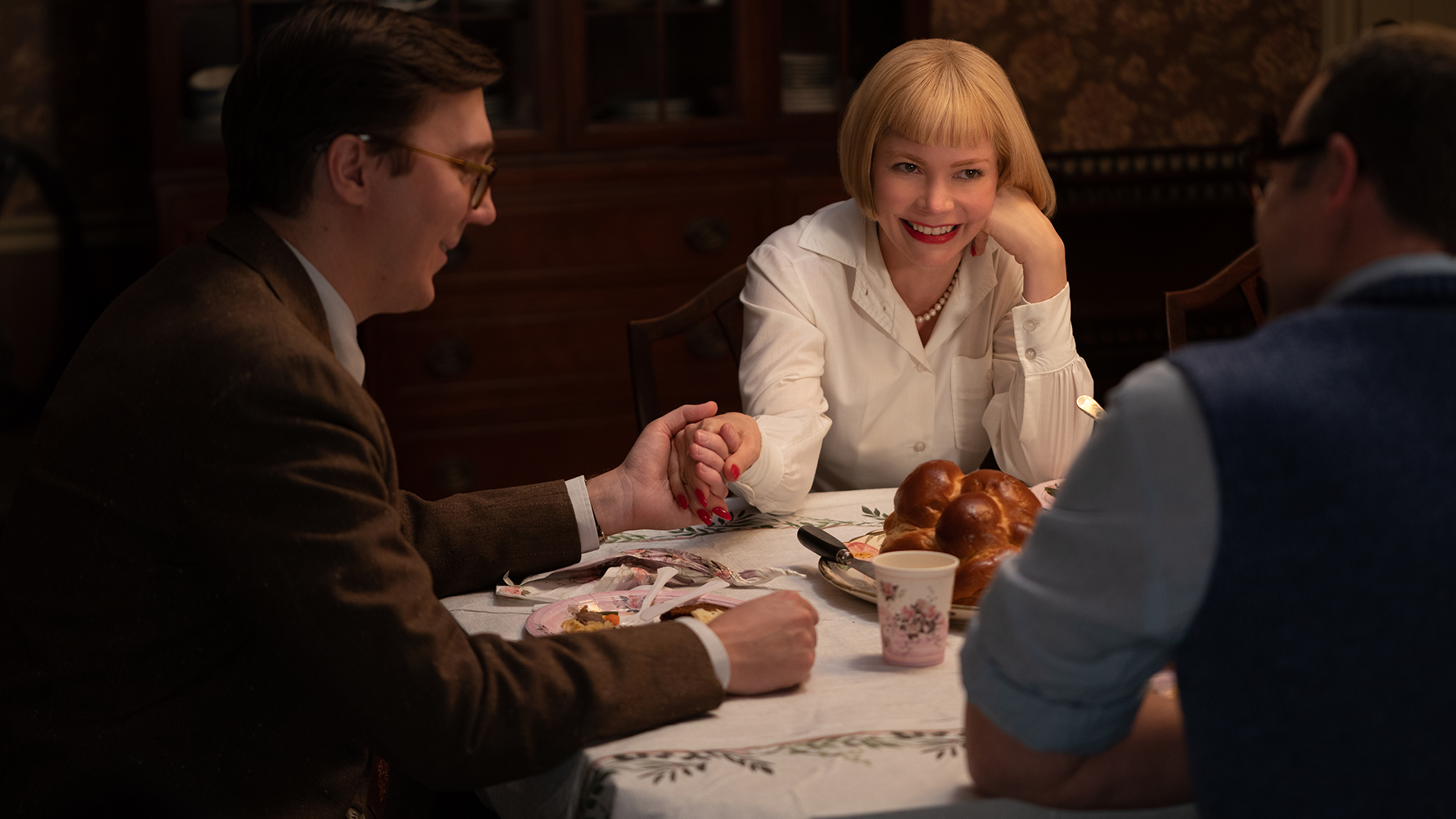 A sticking point in their marriage is who has the right to follow their dreams. The Fabelmans lead a peripatetic existence, moving from New Jersey to Arizona to California, because Burt’s profession as a computer engineer demands it. His ambition to scale the corporate ladder is valued; Mitzi’s ambition to become a concert pianist is not. In the manner of a Richard Yates heroine, she bristles at being a housewife. Mitzi takes victory in her small rebellions, like serving all meals on paper plates; she will not ruin her hands (her instruments!) with needless washing-up. Judd Hirsch’s tightly wound Uncle Boris – one of those characters who breezes in, double-underlines the film’s central themes, then vanishes – gives voice to this struggle when he tells his nephew, ‘Family, art. It’ll tear you in two.’ The Fabelmans is explicitly about being pulled in two different directions, about learning to reconcile desire with duty. Mitzi, Burt and Sammy all strive to bridge the gap between personal sacrifice and (creative) expression, which the director most memorably presents in a stunning montage, the camera encircling each of them in turn as they pursue their individual passions. 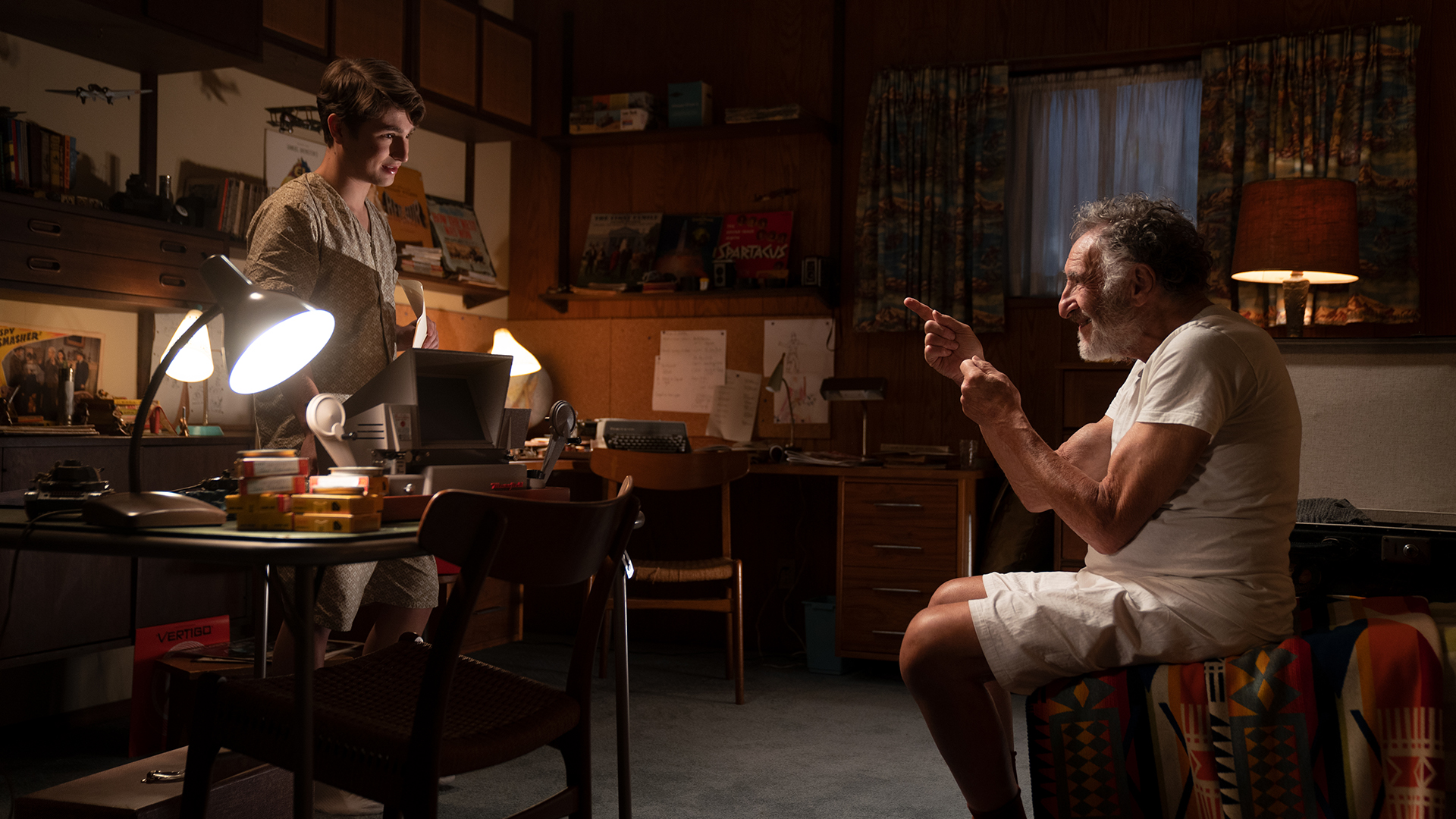 Spielberg’s – sorry, Sammy’s – calling is of course the primary draw. At this stage in his career, a titan presiding over a movie kingdom he helped hammer into shape, Spielberg is entitled to a little self-mythologising. We see Sammy’s scrappy, homespun productions grow increasingly sophisticated over the course of the movie as he learns his trade, developing practical expertise alongside storytelling know-how (there’s that duality again). Spielberg, with his eye for untapped talent, has discovered an excellent conduit for his teenage self in Gabriel LaBelle. Remember his name now because this kid is going places. Despite the calibre of The Fabelmans’ cast, it is its newcomer who comes out on top thanks to his ability to humanise a man we’ve culturally preserved in amber for his generation-defining talent. Not only does LaBelle do an admirable job of imitating Spielberg’s straight-backed physicality – mimicking his director’s open-mouthed, left eye-squint down the viewfinder is a particular highlight – he also balances the tone, which floats between wacky slapstick and domestic drama. The film possesses such narrative richness that every one of its many threads feels truthful, lived-in. 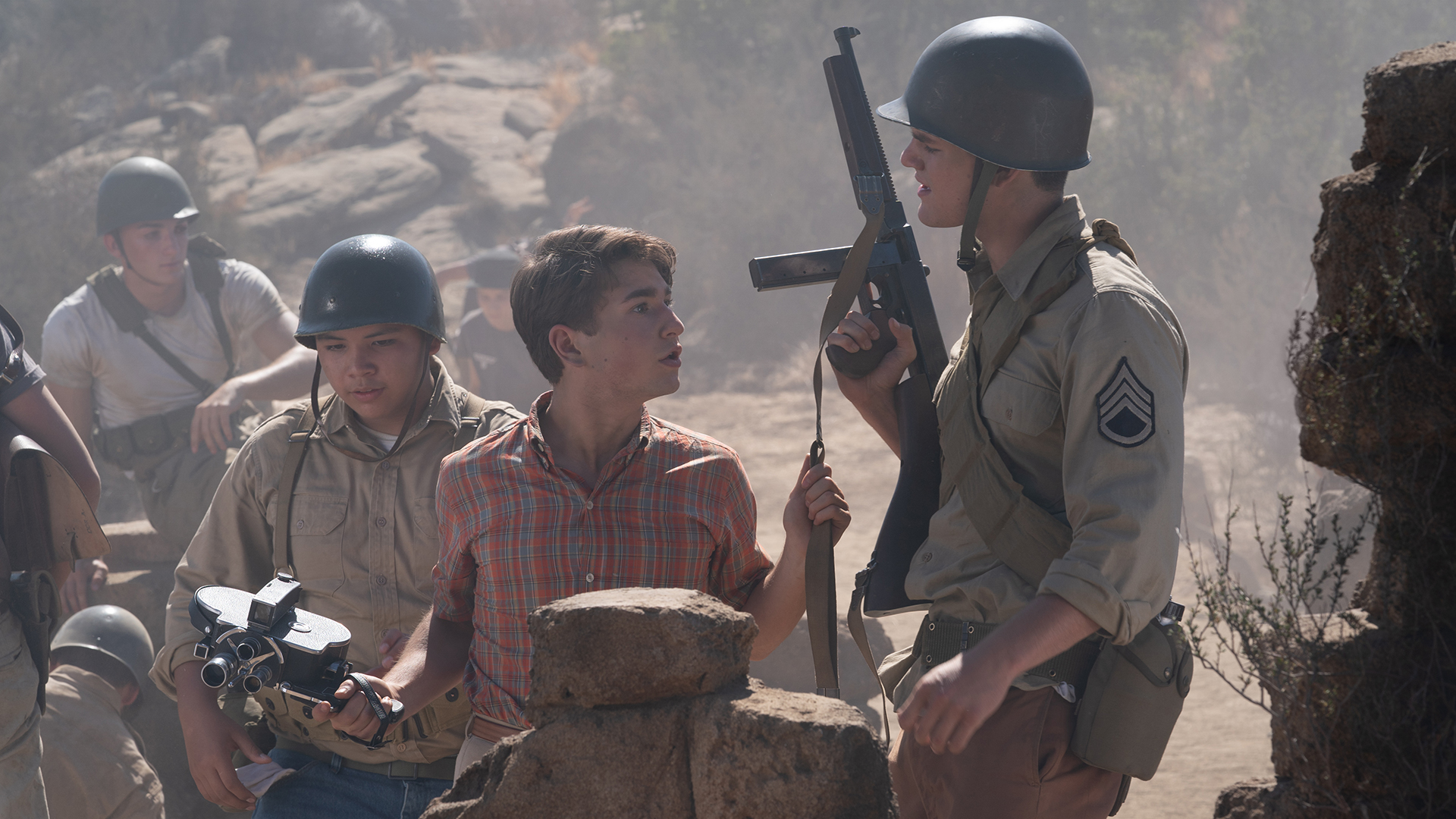 Spielberg has called The Fabelmans ‘a $30 million therapy session’, which makes complete sense. It has allowed him to exorcise the ghosts that have haunted him his entire career. For audiences who grew up watching ET phone home and Indiana Jones crack his whip, it’s a joy to be invited inside the head of the filmmaker responsible for some of cinema’s most enduring images. Although little Sammy will go on to fame, fortune and international acclaim, he is, deep down, a shy boy just trying to make a friend, to follow his dreams, to get the girl. Superstar directors, they’re just like us. Who’d have guessed?

WATCH THE FABELMANS IN CINEMAS