20 Classic Christmas Movies To Get You In The Festive Mood 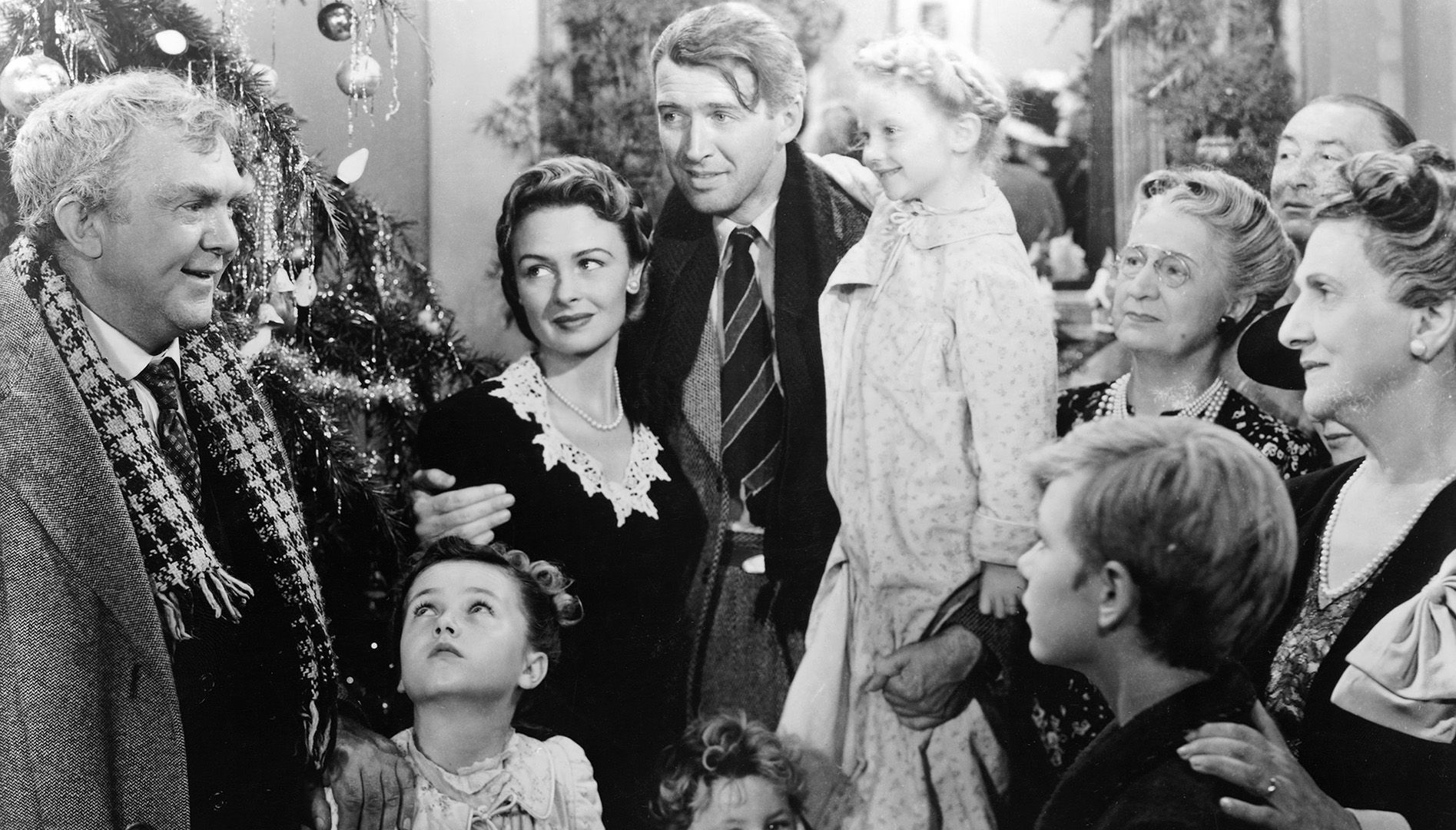 When it comes to cinema, there is a festive film from pretty much every genre to watch over the Christmas season. The question is often more when to watch them. We’ve come up with a choice of 20 Christmas classics you could watch, with a guide to the optimum time to see one or more over the three main days of celebration.

Raymond Brigg’s 1978 picture book tapped into a fantasy that has spanned generations of childhoods – of a snowman coming to life. The animated adaptation reached an even wider audience than Briggs’ book. Along with the popular song that appears in it, there’s something wistful in the hand-drawn animation; it’s a quality that makes the film timeless. It’s no surprise that a generation who now have their own children (and grandchildren) will watch it again, hoping to recapture the sense of wonder they felt on that first viewing. A classic traditional Christmas movie.

Like most franchises – with very few rare exceptions – no matter how good the first film is, the follow-ups tend to offer diminishing returns. That’s painfully true in this instance. It’s directed by Chris Columbus, who would later direct the first two – and weakest – entries in the Harry Potter franchise.

However, the real creative genius behind Home Alone is writer John Hughes. There are all the elements here that made his previous Uncle Buck – featuring the first major appearance by Macaulay Culkin – such a delight. In particular, the perfect image of domestic life that is gleefully undercut by a dash of slapstick cruelty. Culkin is perfect, as are the woefully inept criminals, played by Joe Pesci and Daniel Stern. But the real heart of the film lies in Kevin’s growing friendship with his initially taciturn elderly neighbour (Roberts Blossom).

The original Home Alone is the perfect Christmas Eve early evening film. It’s more than bearable for patents, smart enough for teens and naughty enough for under 10s. Hell, even the grandparents will like it. Then part two on Boxing Day if there’s nothing else on and part three straight after that if tempers are fraying. But do not go near the recent remake.

A year after making one of the great Christmas action – and buddy – movies with Lethal Weapon (1987), Richard Donner made this slice of Christmas (dis)spirit. It’s a perfect vehicle for Bill Murray, who is one of a few film stars to have made a career out of playing irascible characters. But his misanthropy is offset against a roguish charm. The plotting may be more plodding than sprightly in this update of Dickens’ A Christmas Carol, but it’s Murray’s rants that have made this a perennial seasonal treat.

There’s no competition between these two adaptations of Valentine Davis’ tale save for one element. The original 1947 version is better on every level except its Santa. Les Mayfield bagged Richard Attenborough as Father Christmas for his remake and the veteran thespian milks the sentiment and humour for every last drop. But if push comes to shove, stick with the original. 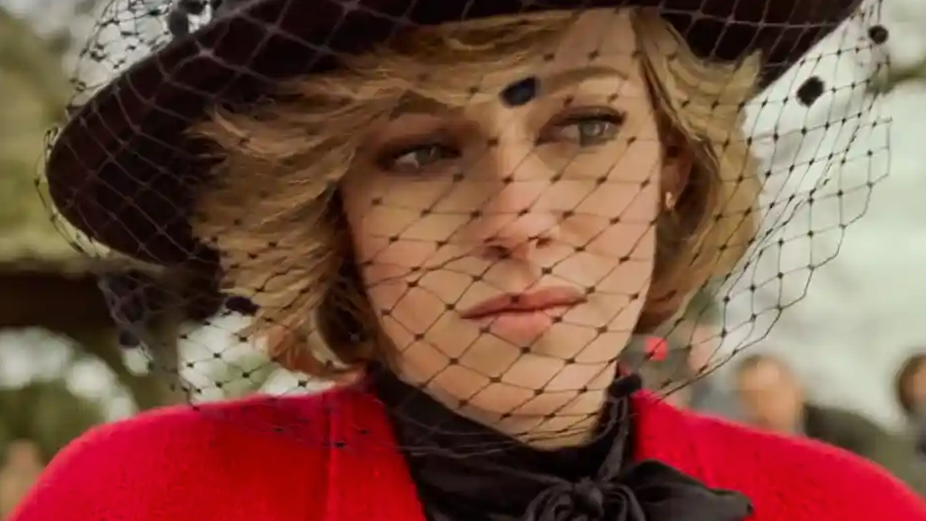 It’s wonderful. That’s it. If you’ve not seen it and don’t know what it’s about, we’re not going to tell you here, because surprise is the very thing that makes this iconic Christmas movie so magical. If you have seen it, you’ll know what we mean and you’re probably getting ready to watch it again. James Stewart was rarely better. Donna Reed is a perfect foil. Henry Travers is charm personified. And director Frank Capra dares to venture down a dark path before bringing in the Christmas spirit for a jubilant finale.

Charles Schultz Peanuts cartoons are now available in a massive 30+ series of pristinely-produced volumes. They are the best way to enjoy the singular cartoonist’s view of the world. But of all the animated film versions made of Charlie Brown & Co’s exploits, Melendez’s film comes close to the pitch-perfect blend of charm and snarkiness that Schultz mustered so easily.

The ultimate Kleenex movie. Vincente Minnelli’s rapturous musical is one of Hollywood’s greatest films, a perfect combination of song and dance and drama. There’s even a sly wit and a few satirical sideswipes at the American Dream. It features a powerhouse performance by Judy Garland (a warning: you won’t be able to get ‘The Trolley Song’ out of your head for days after watching the film) and some fantastic set pieces. Margaret O’Brien’s emotional plea to stay in the city she loves, while Garland sings ’Have Yourself a Merry Christmas’, will break even the toughest soul.

It’s hard to fault the technical brilliance of Ron Howard’s seasonal spectacular. And Jim Carrey was born to play the titular sourpuss. But there’s very little heart in this film. Nevertheless, it has proven popular with younger audiences.

For genuine, heartfelt emotion, check out Meet Me in St Louis. But if your tastes edge a little more to the contemporary there’s this. It’s typical Nancy Meyers fare, with Kate Winslet, Cameron Diaz, Jude Law and Jack Black all ending up with the right person. Myers has been better (see Something’s Gotta Give, 2003), as have the talented cast. But the whole thing is easy on the eye and could be far, far worse.

And this, for some, is far, far worse. Let’s be honest here. Like an Ed Sheeran album, you’re either going to buy into it or you’re not. And there’s no point in one party trying to convince the other that they’re right. So, cutting to the chase… This is Richard Curtis’ ‘best of’ album. It features all the choicest cuts, perfectly manufactured to seamlessly shift between different moods. Amongst them is one sparkling gem – Emma Thompson’s heartbroken wife. She brings much-needed emotional heft. But like any ‘Best of’, you always wish they included one of those edgier songs that was probably the reason why you liked the band in the first place. (For that, check out 1988’s The Tall Guy, Curtis’ funniest film by a long way, and one of Thompson’s loveliest performances.)

It’s Tim Allen playing a variation of Tim Taylor, his character from the popular 1990s hit series Home Improvement. He causes Santa to have an accident that results in his magically having to take on the role. Imagine the Jim Carey vehicle Liar (1997) crossed with the remake of Miracle on 34th Street and you pretty much have the pitch of this film. It’s not bad. But not great either.

There’s something so utterly silly about the premise of this film, in which Will Ferrell’s oversized elf attempts to make his way in the real world, that it works. Ferrell is perfect in the role, but it’s the non-stop gags and some fantastic set-pieces, as well as support from a great cast (James Caan, Ed Asner, Bob Newhart and Zooey Deschanel) that makes this a fun – and occasionally naughty – Christmas treat.

There are two essential takes on Dickens’ tale. (Ignore the 2009 animated version by Robert Zemeckis. His 2004 feature The Polar Express is a better Christmas diversion). One version is this 1951 British classic, featuring the great Alistair Sim as Scrooge. It captures the tone of Dickens’ book perfectly.

The other great version is this marvel. Michael Caine is clearly having a great time as Scrooge. But the interplay between the Muppets themselves is a joy. It’s the best of all the Muppet films, with even the musical numbers passing muster.

Yes, it is essentially a remake of another Bing Crosby film, Holiday Inn (1942). But for those who love it, it doesn’t matter. Crosby and Danny Kaye are a superb double act, as is Rosemary Clooney and Vera-Ellen. It’s schmaltzy Hollywood at its most saccharine. But it has some great numbers (although ‘Snow’ is also one of the worst songs of any Hollywood musical) and it looked like everyone had a hoot making it.

Have you ever felt that elements of Christmas, if pushed too far, might appear more than a little strange?  (See the last two entries in this list.) Like The Snowman, Larry Roemer’s TV film is a staple classic of Christmas entertainment. But in the US. It’s not so well known in the UK. But in attempting to achieve a heightened sweetness it tips ever so slightly into the menacing. A strange film.

Lethal Weapon would have been the Christmas action movie of choice had this behemoth not exploded across cinema screens a year later. It’s the perfect Hollywood blockbuster. It features a tailor-made role for Bruce Willis, as the cynical, wise-cracking NYC cop. It’s witty, tautly directed and far more intelligent than most big-budget shoot ‘em-ups. And Alan Rickman turns in one of the all-time great movie villains, playing suspected terrorist Hans Gruber. Yippee-ki-yay, y’all.

Ever suspected there wasn’t something right about this Santa Claus character? Well, all your suspicions are confirmed with this superb Alt-Christmas treat. Best not to know anything as you go in. But get ready for some shocks.

The Nightmare Before Christmas (1993)

Tim Burton came up with the story, which is directed by Henry Selick, who would go on to make the animated wonders James and the Giant Peach (1996) and Coraline (2009). It’s about a Halloween character who discovers Christmas and, typically for Burton, it pushes sweetness towards the macabre. The songs, by Danny Elfman (who is the singing voice of Jack Skellington), are fantastic. The voicework is marvellous. And the animation works a treat. The perfect dark-but-not-too-dark entertainment for kids.

All the way back in the Stranger Things time of 1984, if you were of a certain age, you were in one of two tribes. You either bought into the Saturday Night Live comedy schtick of Ghostbusters, or you opted for the darker, messier world of Gremlins. The film your parents would rather you didn’t see, Joe Dante’s mischievous marvel – produced by Steven Spielberg – still has an edginess to it. The humour is just that little bit off-colour and there are moments that revel in sadism. It’s a wicked seasonal treat.