Writer-Director Eskil Vogt on his Supernatural Thriller The Innocents 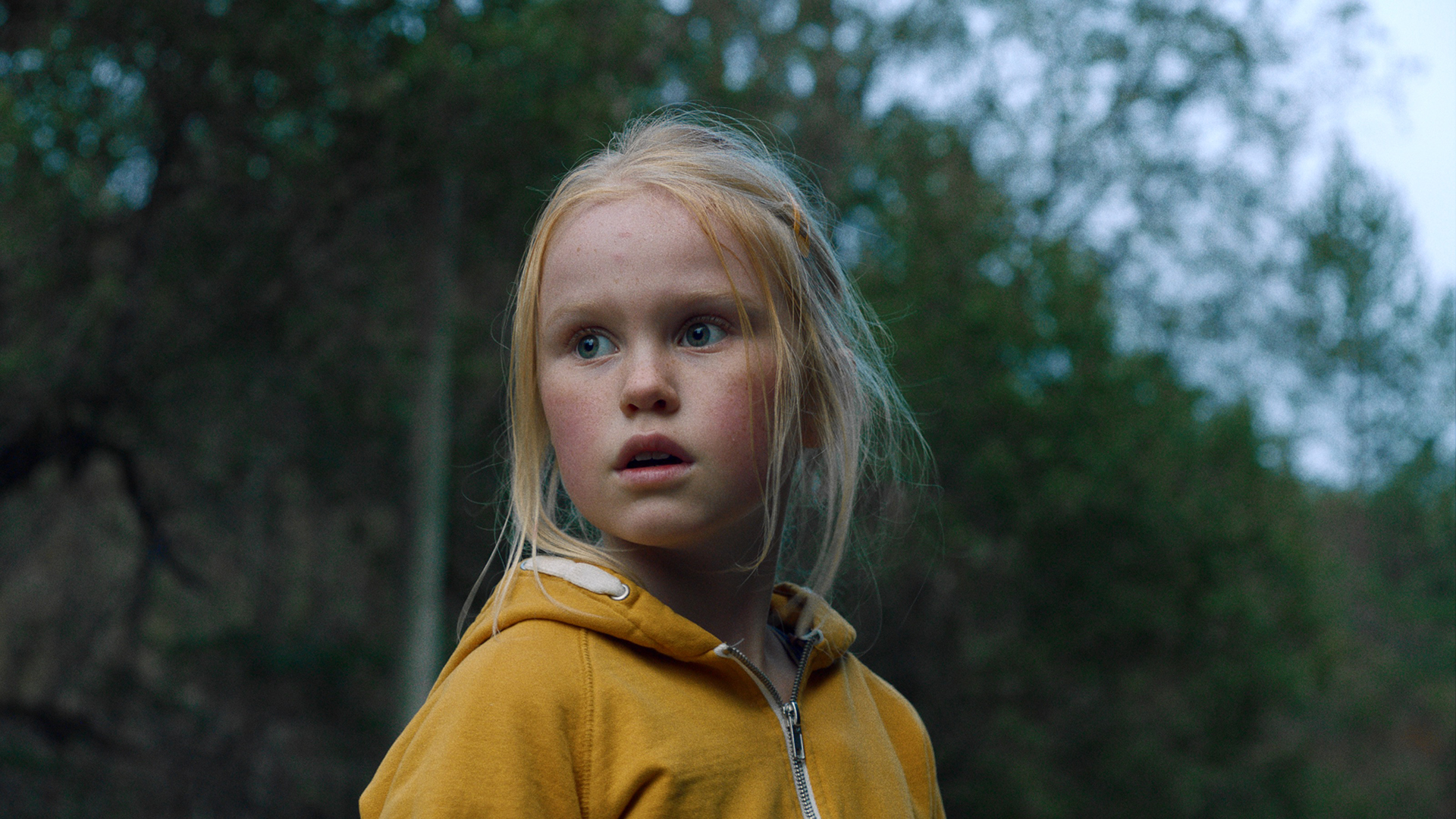 Emily Maskell speaks to the Oscar-nominated filmmaker about capturing the magic of the imagination in The Innocents, which centres on a group of preternaturally gifted, yet morally dubious, children.

Are we ever truly innocent? When are human morals established? When does the magic of childhood dissolve into the mundanity of adolescence? Writer-director Eskil Vogt ponders such questions in The Innocents, his new film that is simultaneously a Norwegian supernatural thriller, a psychological horror and a melodramatic fable.

You may recognise Vogt’s name as the co-writer of The Worst Person in the World (2021), for which he and Joachim Trier – a close friend and longstanding creative partner – were nominated for Best Original Screenplay at the 2022 Academy Awards. Together, they also wrote Reprise (2006), Oslo, August 31st (2011), Louder Than Bombs (2015) and Thelma (2017), the latter sharing much of the same chilling DNA as The Innocents. The genesis for this new film came to Vogt about five years ago during a brainstorming session with Trier (which eventually resulted in Thelma). 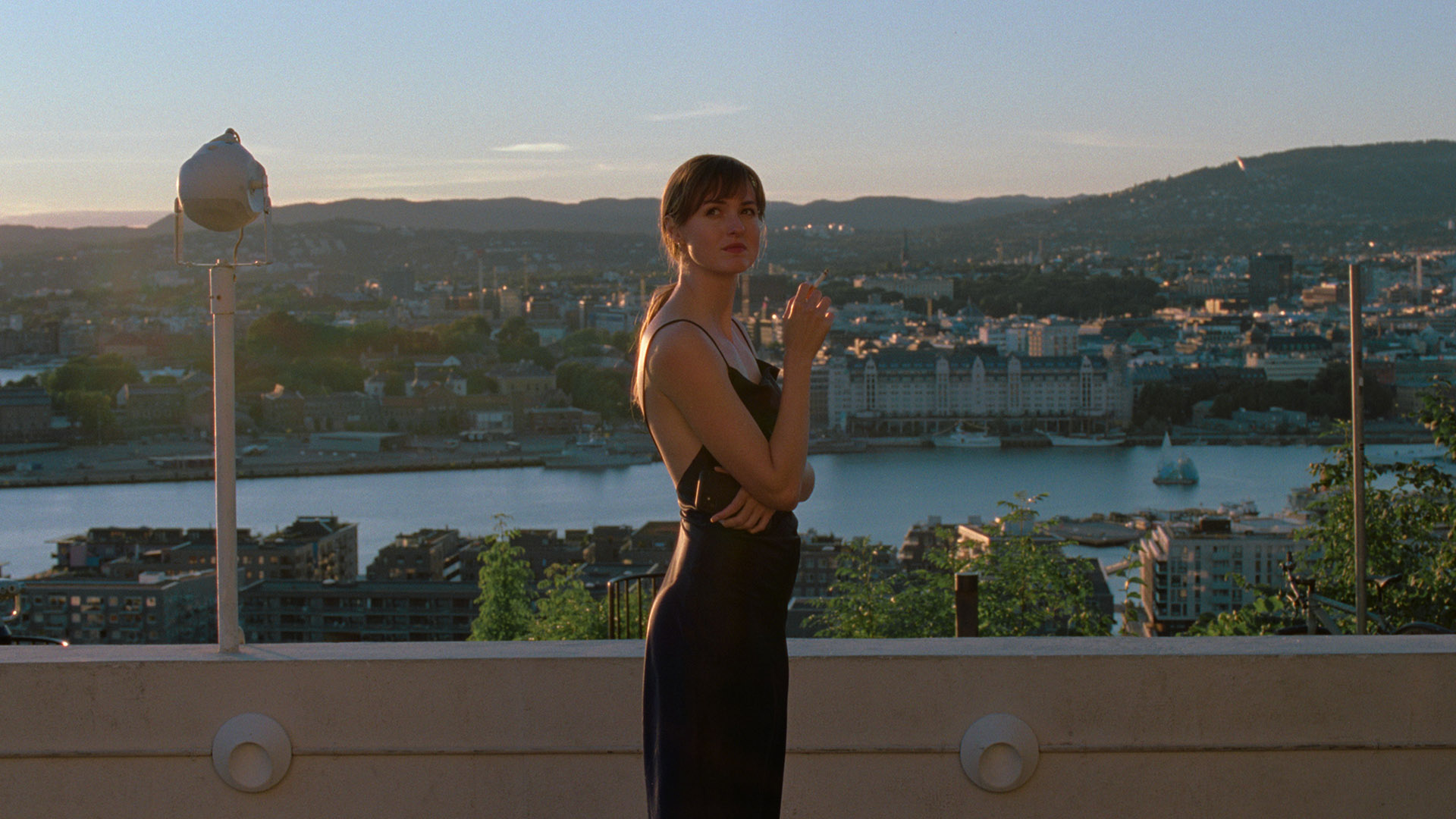 ‘I wanted to go inside that secret world of childhood,’ Vogt says of the film’s initial spark. ‘Joachim didn’t respond to [the idea] the way I did, maybe because he wasn’t a father yet.’ Given this reception, he decided to work on The Innocents by himself, a journey that involved ‘much more time procrastinating alone instead of talking to Joachim’. Vogt credits being a father to his two children, aged nine and 11, for giving him a window into the ‘parallel universe’ of childhood again. Honing in on prepubescent characters who are 11 and under, The Innocents focuses on nine-year-old Ida (Rakel Lenora Fløttum) as she moves into an East Oslo tower block with her parents and older sister Anna (Alva Brynsmo Ramstad), who is on the autism spectrum and nonverbal. When their mother’s back is turned, Ida pinches and nips her sister, her insidious acts making for an unconventional playtime.

Ida meets Aisha (Mina Yasmin Bremseth Asheim) and Ben (Sam Ashraf) in the estate’s courtyard, new friends who join her in testing the limits of misbehaviour as they struggle to control their emotions and newly discovered supernatural powers. Between poking ant nests and stomping on worms, Ben is able to move things with his mind and Aisha can hear the thoughts of others. For a supernatural film, however, The Innocents is rooted in realism. 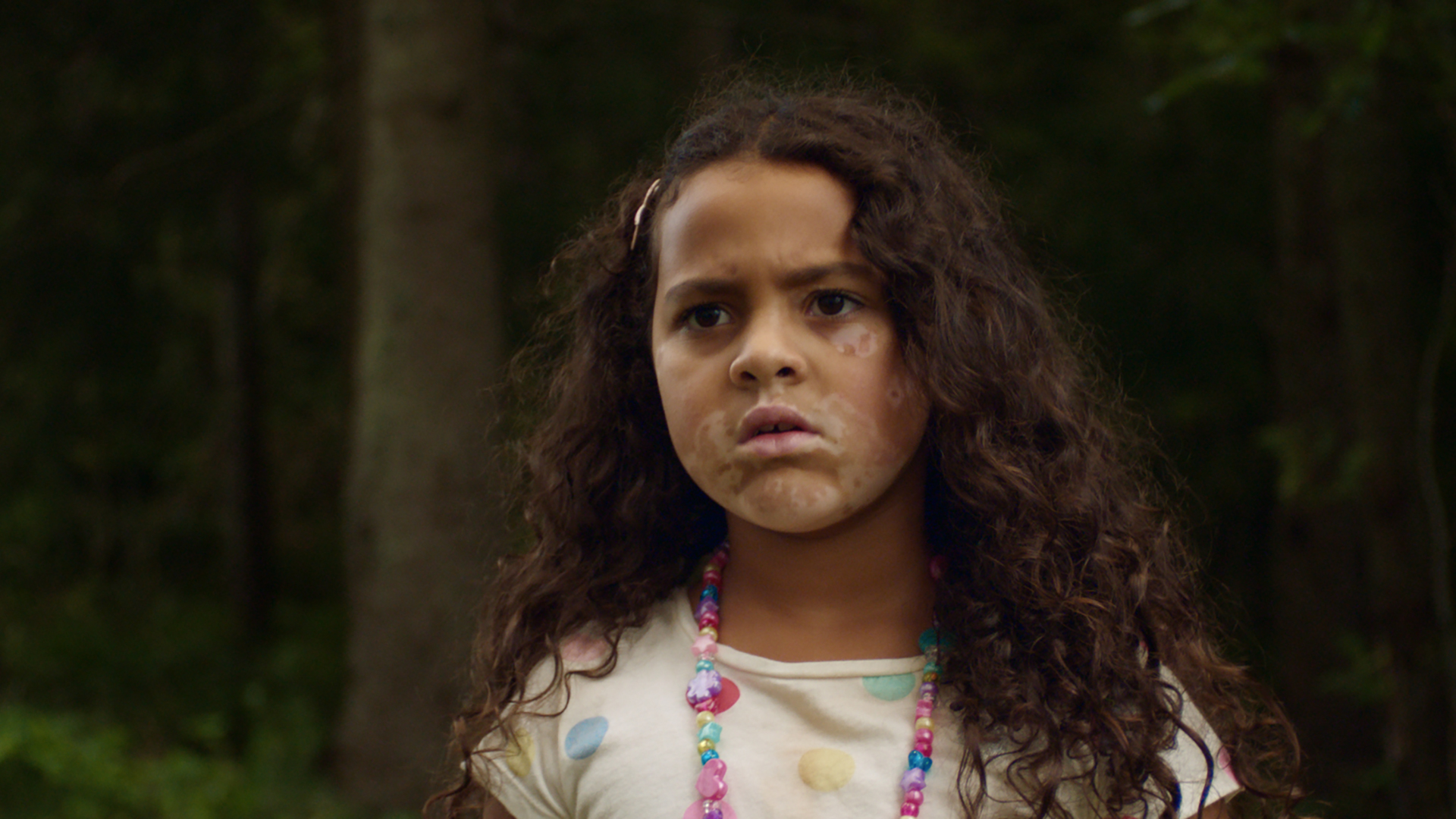 Shooting at children’s eye level, Vogt inserts the viewer into the kids’ imaginative play to capture the way they experience the world through touch. ‘The cinematographer [Sturla Brandth Grøvlen] and I discussed how kids discover with their hands a lot,’ Vogt says. ‘Their hands are constantly touching and tasting stuff. We made time, even though it doesn’t advance the plot, for the close-up of a finger picking at a scab and tasting it.’ These close-ups are contrasted with wide angles where adults walk past but don’t realise what the kids are up to, which further accentuates the divide between childhood and adulthood.

The children act on impulse in The Innocents, but the film resists sensationalist horror in its portrayal of the shadowiness that bleeds into their homes. Since it is set during a bright Nordic summer, when the sun doesn’t set until nearly midnight, the film did not have the option of relying on the fear of the dark to heighten its unsettling mood. In lieu of dimly lit nightmares, Vogt found different ways to build tension. ‘We used the emptiness of everyone going away on vacation, so the playground was deserted, to create the feeling of unease,’ Vogt says. He adds that the subtle, eerie sound design that soundtracks the children’s amoral actions establishes a disturbing undertone that only mounts as the film progresses. By combining these elements, Vogt intended to hint ‘that something other is happening without relying on clichés’. 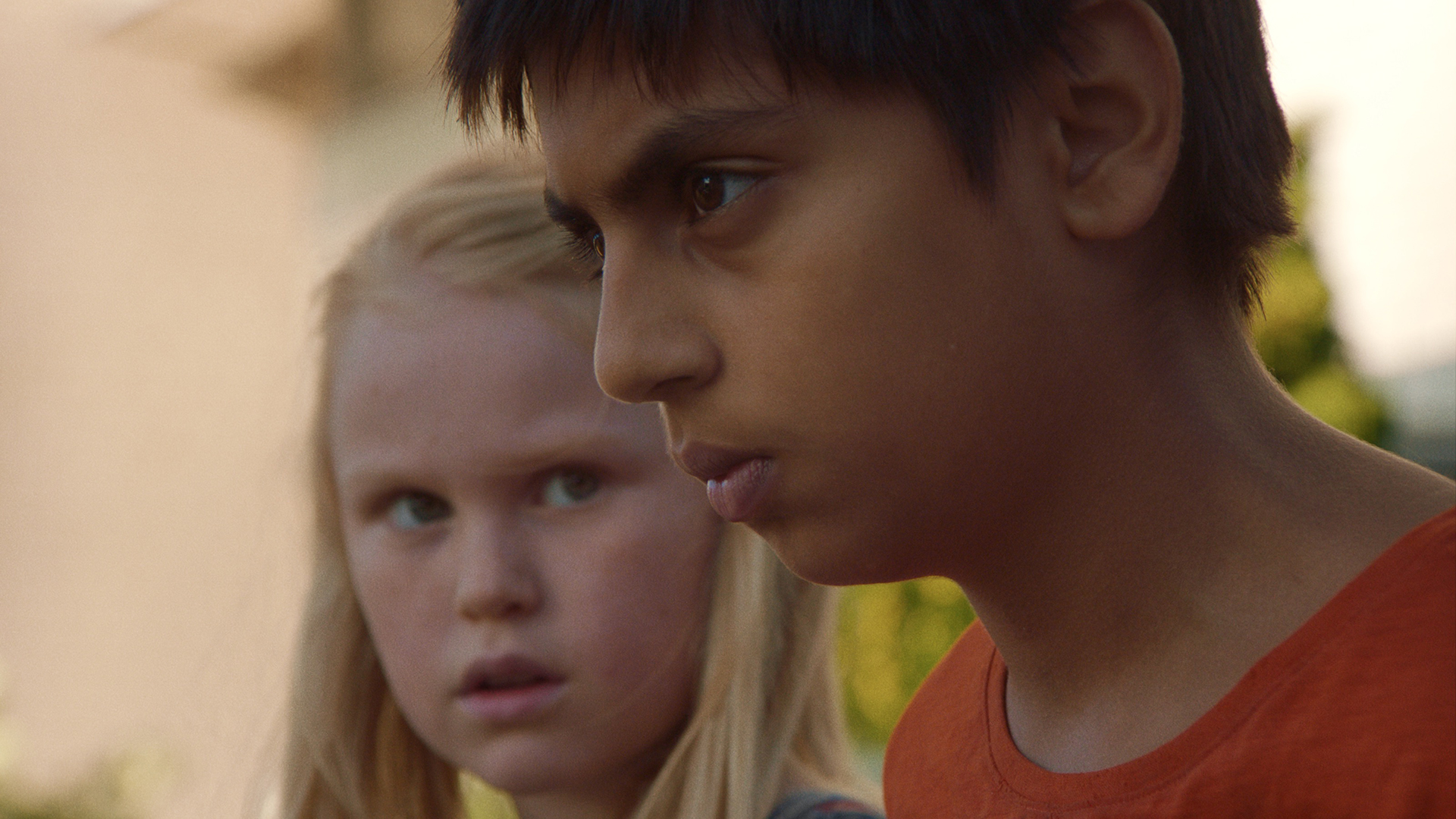 As a tale of the frightening possibilities of childhood, Vogt’s film could be labelled a Scandinavian horror. However, while Nordic horror, specifically, is often layered with folklore and cultural tradition, Vogt dismisses these conventions in The Innocents. Instead, he points to the relationship between the wilderness and domestic as more of an influence. ‘There was an expert in Norwegian horror that said in Norwegian films, nature is always where the scary stuff happens. For me, nature in the movie is about the absence of adults.’ Having grown up in an apartment building similar to where the movie takes place, Vogt says that the film’s world of vast woodland beside tall tower blocks creates a clear visual distinction. The fairytale-like environment, where the children play in their make-believe world, contrasts with the home, where the kids are constantly under the surveillance of their parents, which Vogt frames with the inclination of a social-realist drama.

The dense forest is an incredibly important space for the children, a location the adult gaze doesn’t reach. As these kids try to negotiate their impulses without the emotional complexity and strict morals of their elders, their cruelty materialises in curious ways and Vogt shows the consequences when playtime gets out of hand. For example, there’s a graphic scene of Anna getting a huge splinter wedged excruciatingly into her pale thigh – it’s a moment that will make you wince out loud. Children are so often perceived as angelic and vulnerable, but The Innocents asks what it will take for the actions of minors to be deemed evil. 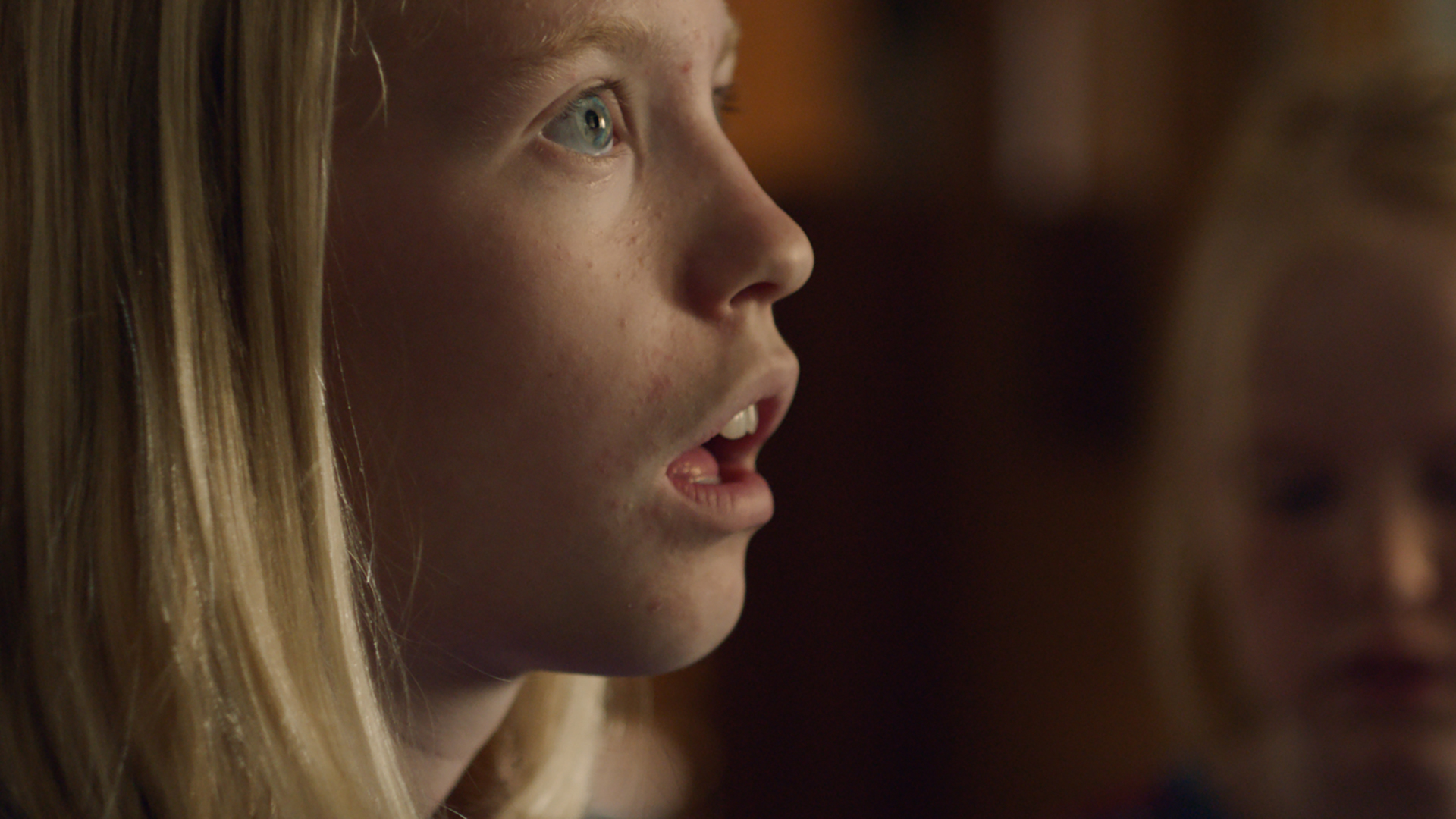 To find young actors who were able to tackle the emotional depths of The Innocents, Vogt embarked on a rigorous casting process that spanned a year. He ridded himself of preconceptions in his search for malleable performers. ‘Casting director [Kjersti Paulsen] and I decided not to even think about the characters for six months and just try and find the best kids in that age group then start thinking [about] which role they can play, and how we can make the roles accommodate them.’ Vogt’s film rests entirely on the four young actors who tap into an adventurous spirit that has long been historically deemed childlike, even though the film is set in the present day.

Where other films would insist on their contemporary setting, Vogt decided to avoid references to the present day in The Innocents. He emphasises that the absence of smartphones and electric cars, alongside costumes consisting of clothing you could have bought 15 years ago, was all in the hope that ‘people could project their own childhood memories and what it was like to be that age onto the film’. That timelessness results in a portrait of childhood that can delve into supernatural horror, but always remains rooted in a distinctly terrifying realism.

WATCH THE INNOCENTS IN CINEMAS OR ON CURZON HOME CINEMA