A Brief History of the Train Movie 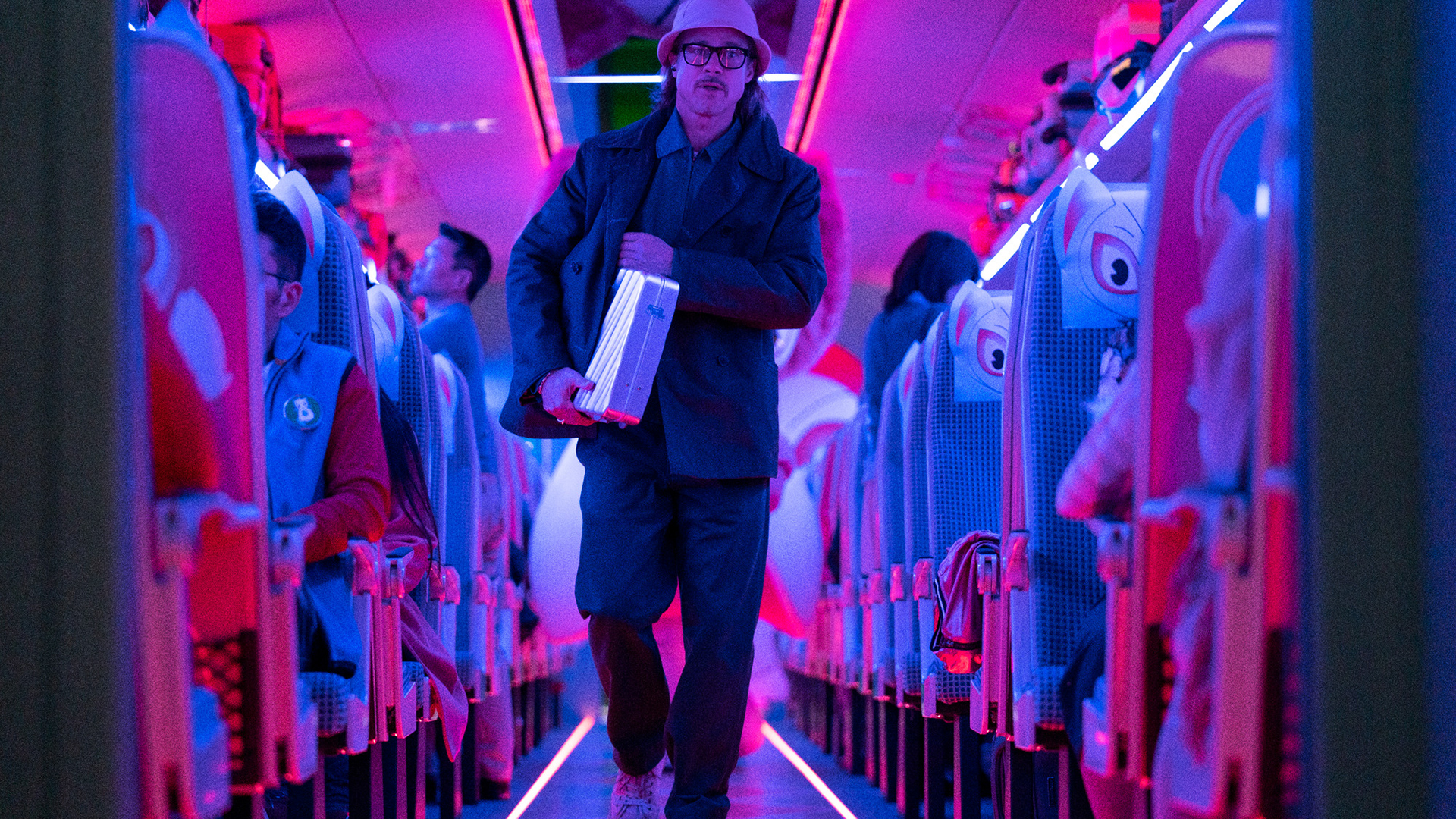 Filming aboard a train can be limiting, the narrow aisles and boxed-in carriages causing claustrophobia and discomfort. But it can also be liberating, with its wide open spaces hurtling past windows. David Leitch’s frenzied, neon-drenched action thriller Bullet Train (2022) understands this dichotomy. It finds Brad Pitt’s reformed assassin speeding along on the eponymous high-speed Japanese transport. He’s not the only killer aboard, though, which leads to a series of craftily choreographed set pieces. (Leitch is the director of Atomic Blonde [2017] and Deadpool 2 [2018], which both feature their share of impressively staged fight sequences.) It’s one of the loudest and more violent train-set films. But it is not alone. Since the medium’s inception, there have been countless movies that use trains, their carriages or even their rooftops to canny effect. Here, we look at how different genres have approached the train movie. 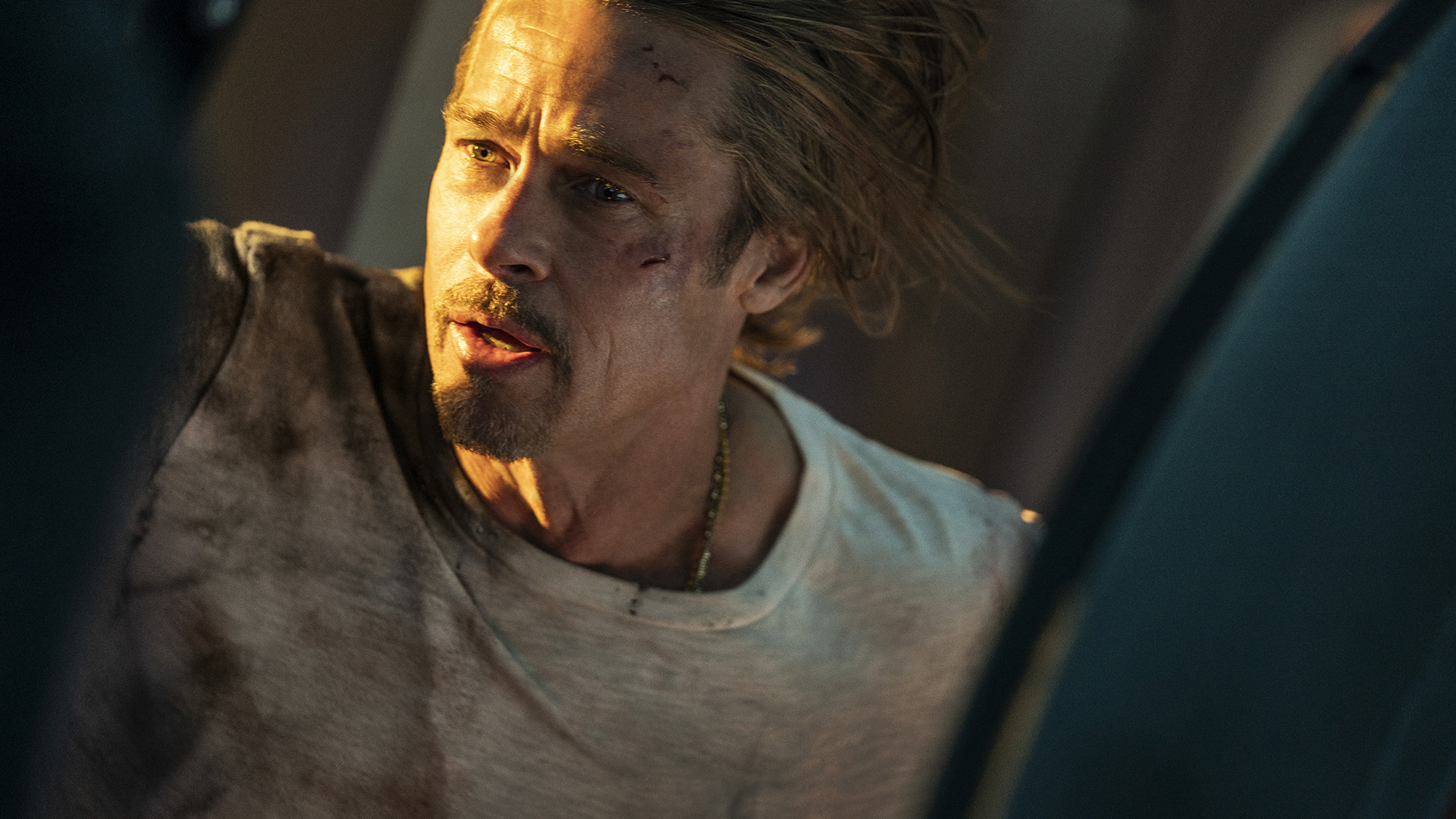 The first action film, Auguste and Louis Lumière’s L'arrivée d'un train en gare de La Ciotat (1895),  involved a train. It was nothing more than a shot of an engine pulling into the station. And yet, according to certain apocryphal stories, audiences ran out of the screening room fearing the approaching train would come through the screen. Eight years later, another pioneer, Edwin S. Porter, made one of the first Westerns and narrative films employing parallel editing with The Great Train Robbery (1903). As its title suggests, a locomotive was key to the film.

Within 20 years, cinema had developed astonishing complexity, as seen in La Roue (1923), a bold railway-line drama directed by Abel Gance. Originally running over nine hours, a more palatable four-hour version was released in 2008, which highlights the brilliance of Gance’s action scenes. The same era saw the train-set comedy Exit Smiling (1926) and pulpy Mexican actioner The Ghost Train (1927). The British-German crime thriller The Wrecker (1929) featured a crash between a real train and a tractor that was shot with 22 cameras and is regarded as the greatest train crash ever filmed. The real standout from the Twenties, though, is Buster Keaton’s hilarious, thrilling and ingenious The General (1926), which has lost none of its vitality over the century since it was made. Set during the US Civil War, it features some of cinema’s most extraordinary comedy and action set-pieces, including the wholesale destruction of a real train and bridge. There are few films – and fewer comedies – as perfect as Keaton’s rollercoaster of a train ride.

These early films underpinned how effective a train was in creating suspense. It was the perfect platform for a thriller. Standalone scenes in iconic films have also proved as much. Various Bond adventures, but most notably the fight between Sean Connery’s Bond and Robert Shaw’s killer in From Russia with Love (1963), benefit from being set within a train compartment.

It’s impossible to talk about trains and thrillers without referencing Alfred Hitchcock. The climax of Shadow of a Doubt (1943), purportedly the director’s favourite of his films, features a showdown between Teresa Wright’s innocent and her murderous Uncle Charlie, played by Joseph Cotton. In 1938, Hitchcock made the most of pre-war tensions in Europe with his fantastic The Lady Vanishes, while his 1951 masterpiece Strangers on a Train, adapted from Patricia Highsmith’s novel, revels in the sophistication of mid-20th-century train travel and the advantages of its limited space.

Murder on the Orient Express has been made twice. Kenneth Branagh had a stab at in 2017, also playing bizarrely moustachioed sleuth Hercule Poirot. Sidney Lumet’s 1974 version is superior in every way. It won Ingrid Bergman an Oscar, captures the mordant wit of its writer Agatha Christie and features a who’s who from three generations of Hollywood filmmaking. Even so, in the same year, it was out-trained by a down-and-dirty B-movie heist thriller about a rag-tag group of cons, each known only by their allotted colour, who hold a subway train to ransom. Taking of Pelham 123 (not to be mistaken with its woeful 2009 remake starring Denzel Washington and John Travolta) is a quintessential 1970s New York movie. 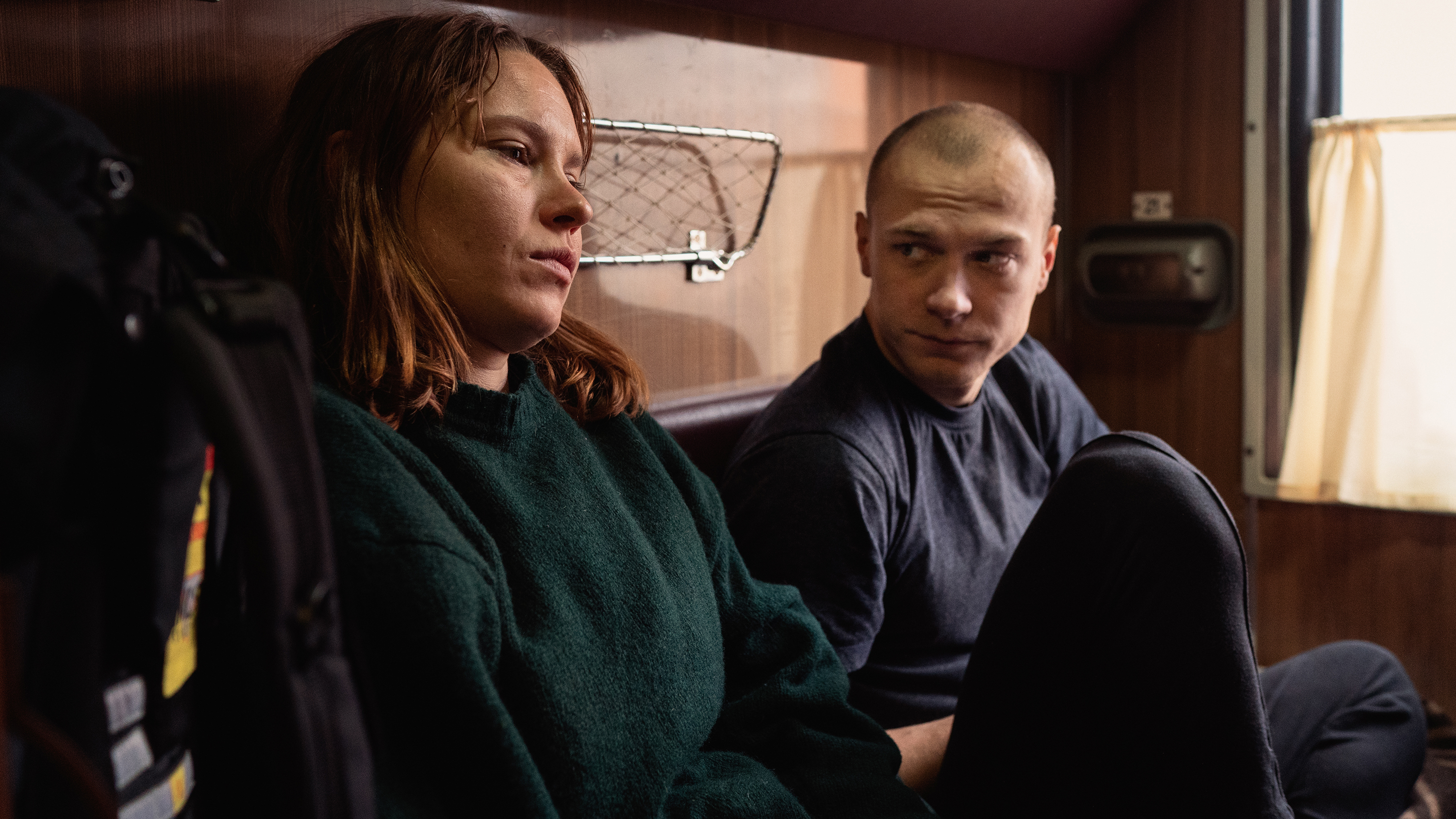 Pelham is sparing in its use of action. The same cannot be said for more recent train-bound action films. Nothing comes close to the stress endured by Ethan Hunt (Tom Cruise) in Mission: Impossible (1996). Not only is he perched on the back of the Eurostar as it travels, high-speed, through the tunnel between Britain and France, he is within inches of being eviscerated by the rotor blade of a pursuing helicopter and then… and then… must deal with a train travelling in the opposite direction, in the same tunnel! It makes the thrilling opening sequence of Toy Story 3 (2010) look like a walk in the park.

Not all action films are quite as madcap. In his final film, Tony Scott played out the runaway train scenario of Unstoppable (2010) with an atypical restraint. While No Time to Die (2021) director Cary Joi Fukunaga’s impressive feature debut Sin Nombre (2009) is a sobering portrait of the lives of migrants travelling to the US from central America in the hope of escaping violence and economic hardship.

David Lean’s Oscar-winning Bridge Over the River Kwai (1957) rarely spends time aboard a train, but the construction of the Burma railway line is central to the story of Allied prisoners of war struggling to survive the cruelty of their captors. Likewise, the train in the title of Von Ryan’s Express (1965) holds the dream of escape for a group of American GI prisoners, with Frank Sinatra’s titular hero giving his all for his men. More surreal is Lars von Trier’s Europa (1991), a World War II tale about a train that seems headed to hell. Made before the filmmaker adopted a very different stylistic approach, it is a fever dream of a film.

Close proximity brings intimacy. It’s sensitively explored by Richard Linklater’s Before Sunrise (1995), the first entry in his beloved romantic trilogy that finds Jesse (Ethan Hawke) and Celeste (Julie Delpy) spend an unforgettable few hours wandering the streets of Vienna together. More recently, a chillier bond is formed between the two protagonists of Juho Kuosmanen’s impressive Compartment No.6 (2021). When it comes to train-bound romance, longing and heartache, nothing hits the spot quite like David Lean’s Brief Encounter (1945). It’s a masterclass in British restraint and a moving tale of a love that could have been.

Horror and sci-fi  have both profited from inventive use of a train, the tunnels it travels through and the creatures that can fester within. There are the fun films, such as Horror Express (1972), in which a prehistoric monster is set loose; the stalking of six teens by a deranged killer aboard the Terror Train (1980, starring Jamie Lee Curtis); and a woman chased by a creature lurking in the London Underground in Creep (2004).

Source Code (2011) offered a smart take on speculative fiction, in which Jake Gyllenhaal is forced to repeat the same moment over and over in order to figure out who planted a bomb on a Chicago-bound train. The twist is both impressive and surprisingly moving. But it is a chamber drama against Bong Joon-ho’s global vision in the impressive Snowpiercer (2013), about the last vestiges of humanity travelling on a train that traverses the world. No less impressive is Sang-ho Yeon’s nerve-shredding Train to Busan that unleashes a zombie outbreak and follows the passengers of a train attempting to escape it.

Gary Cooper’s sheriff awaits the arrival by train of the gunmen intent on killing him in High Noon (1952). Butch Cassidy and the Sundance Kid (1969) revolves around the antics of the titular antiheroes as they attempt – and mostly fail – to rob trains of their wealth. But nowhere are they such a part of a Western’s fabric as they are in Sergio Leone’s Once Upon a Time in the West (1969). They are harbingers of death, as witnessed in the film’s extraordinary opening gunfight. They may pave the way to progress and civilisation, but at heart they represent greed and the corrosiveness of capitalism, so insidious that even Henry Fonda’s psychopath feels uneasy aboard them. With the train, Leone created a symbol that overturned the heroic myths of the genre and forever muddied the notion of the fight for the West as a righteous one.